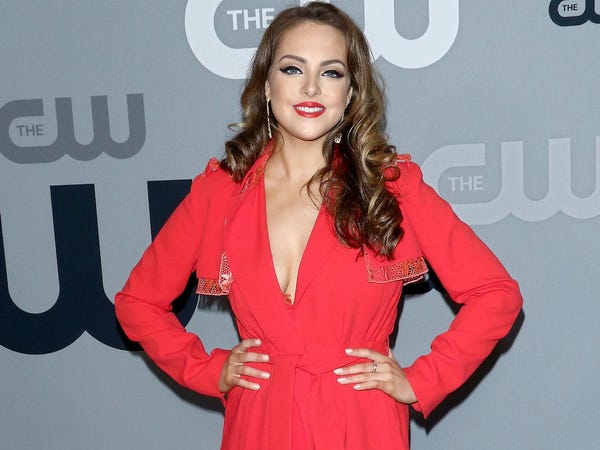 Speaking exclusively to Vogue, the actress explained how she chose her Britt Wood Designs gown, which was white, strapless, and had a detachable cape that reached the floor. Photographer Emily Lipson documented the event, and captured shots of the gown later shared by Gillies on Instagram.

"I had worn so many spectacular wedding gowns over the course of three years on 'Dynasty' that I always said that I would wear black on my wedding day," Gillies told the publication. "But as I got older, I realized my taste is actually very classic and simple, so that's what I was looking for."

The former "Victorious" star — who did her own hair and makeup on her wedding day — also donned Jimmy Choo shoes and a floral, Oscar de la Renta veil that extended past the hem of her dress.

Though the couple had originally planned to host a traditional wedding in late April after six years of dating, they decided to postpone as a result of the COVID-19 pandemic. Months later on August 8, they held a much smaller ceremony with only 10 guests at the Inn at Fernbrook Farms in Chesterfield, New Jersey.

As reported by Vogue, Gillies, Corcoran, and their dogs arrived at the ceremony in an RV.

Many of Gillies' former "Victorious" costars including Leon Thomas, Victoria Justice, Matt Bennet, and Daniella Monet shared their well wishes in the comments of her Instagram photos, sending their congratulations.