Eight-year-old boy, 4ft 6in, who is ‘not a natural reader’ and ‘struggles to sit still’ achieves his goal of reading his height in books in under a year

An ambitious eight-year-old has managed to read his height in book in under a year.

Twelve months ago, Elijah Fyrne, from Cheltenham, set himself the challenge of reading his height – 4ft 6 inches- in books before he turned nine on September 17.

The passionate bookworm has now read 84 books in a year with almost a week to spare before his birthday deadline.

His mother Michelle shared how proud she was of her son, who she said struggled to sit still and was not an natural reader before he gave the challenge a go. 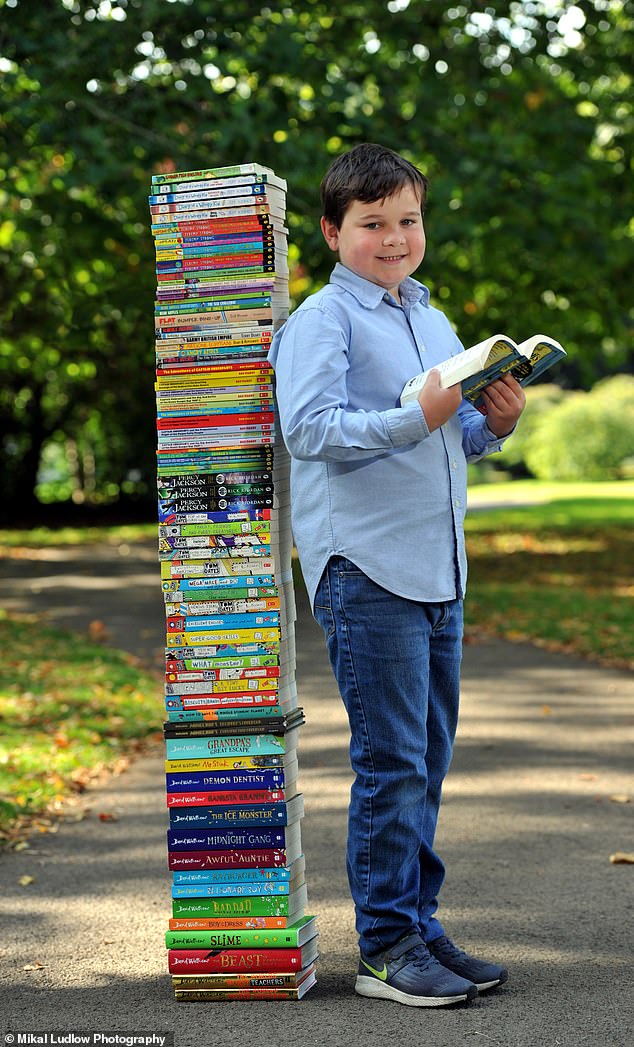 Elijah Fyrne, eight, from Cheltenham set him the challenge of reading his height – 4ft 6 – in books before he turned nine on September 17

Michelle said: ‘I’m really proud of Elijah, he wasn’t a natural or particularly early reader and he struggles to sit still so this is an incredible achievement for him.’

By reading 84 books in less than a year, Elijah read roughly one book every 4 days.

Out of the 84 books he went through since September 2019, Elijah found he best enjoyed The Beast of Buckingham Palace, by comedy star and Britain’s Got Talent judge David Walliams.

The Beast of Buckingham Palace, Walliams’ most recent foray into children’s book is a fantasy adventure set in 2120 and tells the story of young Prince Alfred,  who’s never left the Palace. 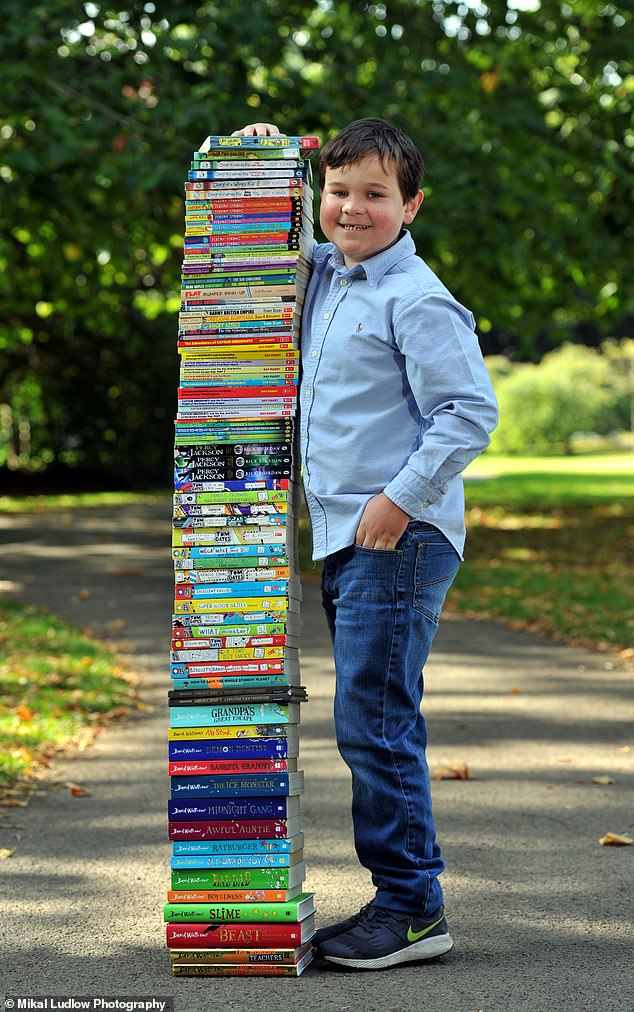 Proud Elijah next to the books he read in just under a year. Elijah is now a literature-enthusiast who loves the books of author and Britain’s Got Talent host David Walliams

Walliams’ other books have also proved a hit with Elijah, who considers the Britain’s Got Talent judge one of his favourite authors.

Now the youngster is Elijah is reading Diary of Wimpy Kid: Dog Days, by author and cartoonist Jeff Kinney.

The best-seller series, first published in 2009, tells the story of Greg Heffley, an indoor-type whose mother insists should spend the summer outdoors.

The novel follows Greg ‘s and his family’s summer as dark secrets are revealed.

Meanwhile the ambitious Elijah has set himself an even bigger target for next year and is now planning on reading enough books as reached his ceilling. 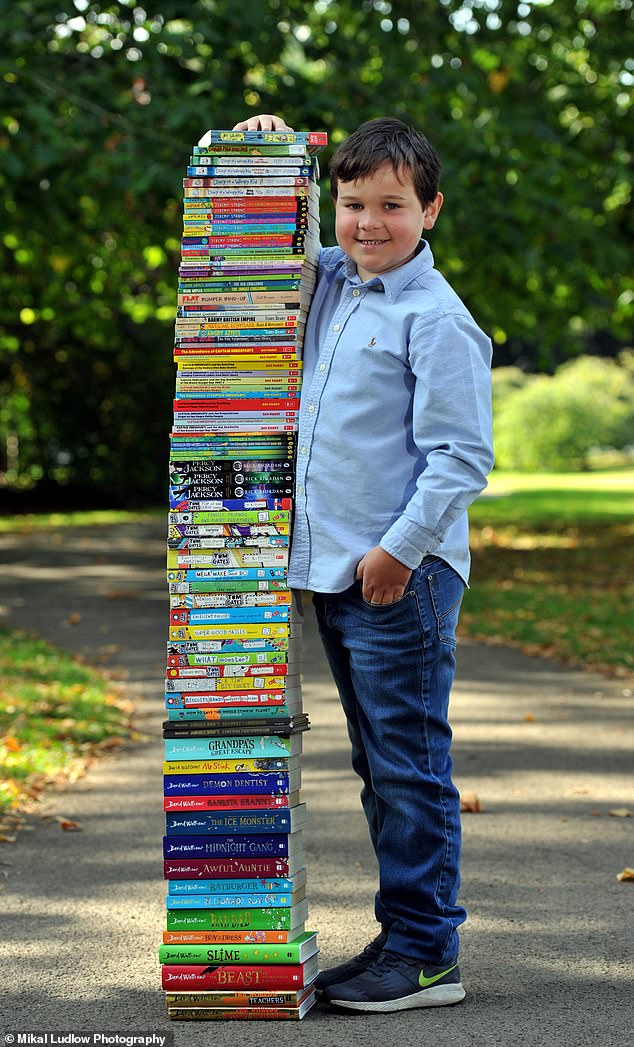 Having successfully completed this year’s challenge, Elijah is planning to read as many books as reach his ceilling before he turns ten in 2021