The endangered pygmy hippo calf has was born on April 17 and will likely play an important role in the survival of its species. The newborn is the latest addition to the family for its parents, Otto and Gloria and weighed just 12 pounds (5.4kg) when it was born.

Pygmy hippos are natives of West Africa, where their populations are in rapid decline.

This is the result of their habitat being destroyed by logging, farming and human settlement, among other threats.

The female calf’s birth is therefore significant as it could help keep its dying species alive for years to come.

Shortly after her birth, Jonny Appleyard, hoofstock team leader at Edinburgh Zoo, said: “Our new arrival is doing really well and is growing stronger and more confident every day. 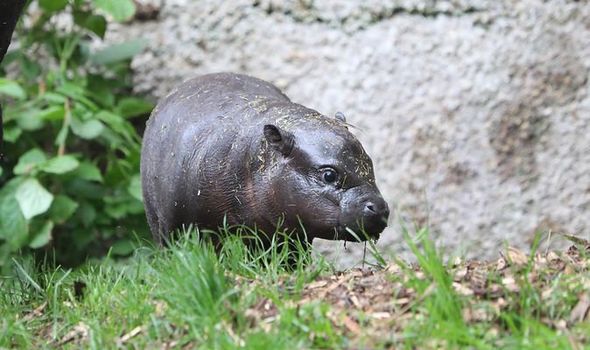 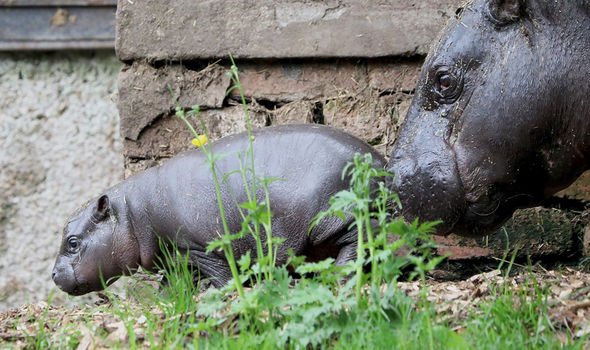 “As she is still so young, we are limiting opening hours and numbers in our indoor viewing area to give the calf and mum Gloria some time to get used to visitors.

“The first 30 days are critical for her development, so we’ll be keeping a close eye on them both at this sensitive time and plan to name her in the coming weeks.”

The calf has been named Amara in honour of the species’ native home of West Africa.

The name means ‘grace’ and was decided by players of the People’s Postcode Lottery. 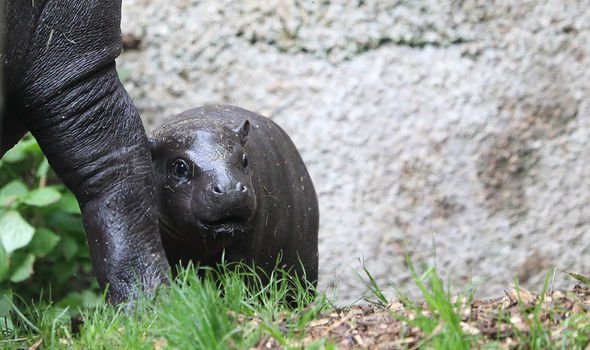 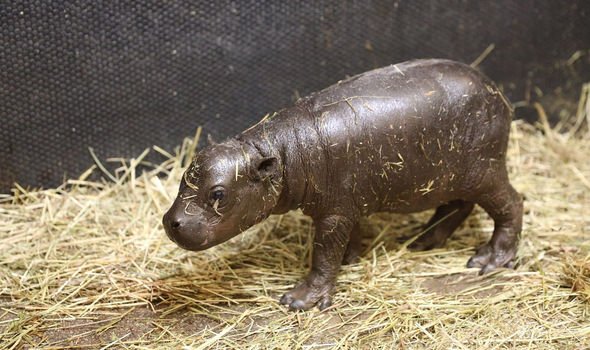 The Royal Zoological Society of Scotland (RZSS), which owns Edinburgh Zoo, is trying to protect the species from extinction.

The RZSS is planning to publish the first genomic study of pygmy hippos in the RZSS WildGenes laboratory.

In a statement on Amara, the zoo said: “The RZSS WildGenes team contribute to work to protect animals across the globe, including publishing the first ever genomic study of pygmy hippos.”

This breed of hippo is far smaller than the more common hippopotamus and they tend to live in dense forests near rivers and streams. 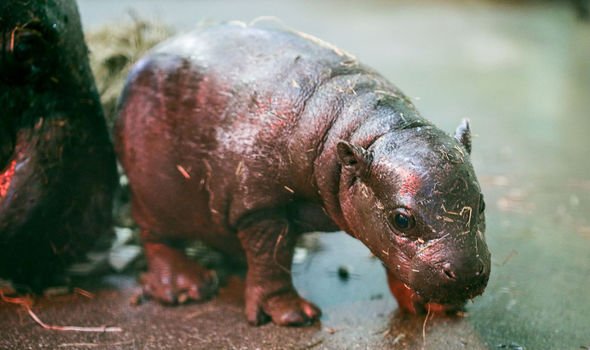 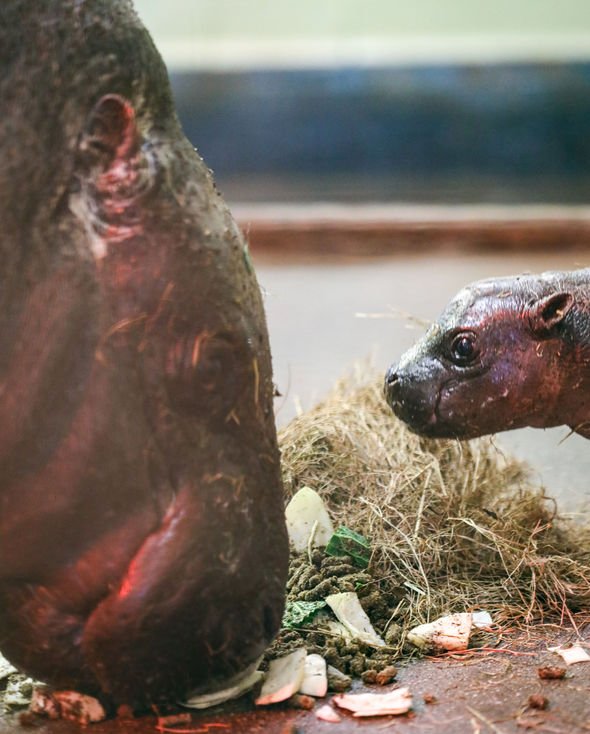 They tend to be good swimmers and can close their ears and nostrils when underwater.

In their natural habitats, wild baby hippos spend their first few weeks of life hidden in bushes due to being unable to walk very far.

Mothers assist them with this, as they fiercely defend their babies and tend to stay together for at least two years.

Pygmy hippos have large and very sharp teeth which they can also use for protection.