Honeybee can clone itself millions of times, study shows

Egyptian man arrested for tying up son, covering him in honey to lure bees

The East Hampton Airport (HTO) is buzzing — and for once, that’s a good thing.

The complaint-plagued facility is the new home of some 200,000 endangered honeybees, living in six thriving hives on the property.

“We’re always hit with so much negativity about the airport, with complaints about noise or a negative carbon footprint, so adding bees was a way to give back and help the honeybees,” said Bernadette Ruggiero, co-manager of Sound Aircraft Services which operates HTO.

The airport, located in Wainscott, has been the subject of controversy for years — neighbors are up in arms over the noise and pollution caused by summer traffic from private jets and helicopters, used by the likes of Jay-Z, Beyoncé and Bill and Hillary Clinton.

But now HTO has a different kind of VIP.

Chris Kelly of Promise Land Apiaries set up the hives at the far end of a runway, in a wooded area flush with trees, wildflowers and blueberry bushes about 3/4 of a mile from the terminal.

“Six hundred acres is a lot of open land for the bees to forage in, and my expectation of success has been confirmed by both the volume of honey collected and the growth of the hives,” said Kelly.

Bees can be costly and even dangerous at airports. In 2012, some 15,000 swarmed a Pittsburgh runway light, causing delays over sight concerns. That same year, thousands of honeybees descended on the wings of a Delta flight from Pittsburgh to New York City, bringing a halt to the fueling and baggage-loading process.

Since then, airports across the country have hired apiarists to corral the creatures. HTO is the first in New York State to do so.

Still, caring for them isn’t always a cinch. Access to the hives has to be carefully scheduled because of security issues.

Kelly first installed five hives with approximately 10,000 bees each, but they’ve prospered so much the number has become more like 30,000 per hive. One hive grew so quickly that a second queen left to establish a new home on a nearby tree branch, which Kelly transferred into a sixth hive.

And he said there’s no danger of the pollinators swarming planes.

“They’re nowhere near the planes taking off,” Kelly said.

Ruggerio expects to organize an “educational day” at the airport soon, having recently bought “a ton of bee suits” for visitors. There are also plans for a “bee cam,” so passengers in the terminal can watch the insects, and a “Honey Harvest Festival” over Columbus Day weekend. 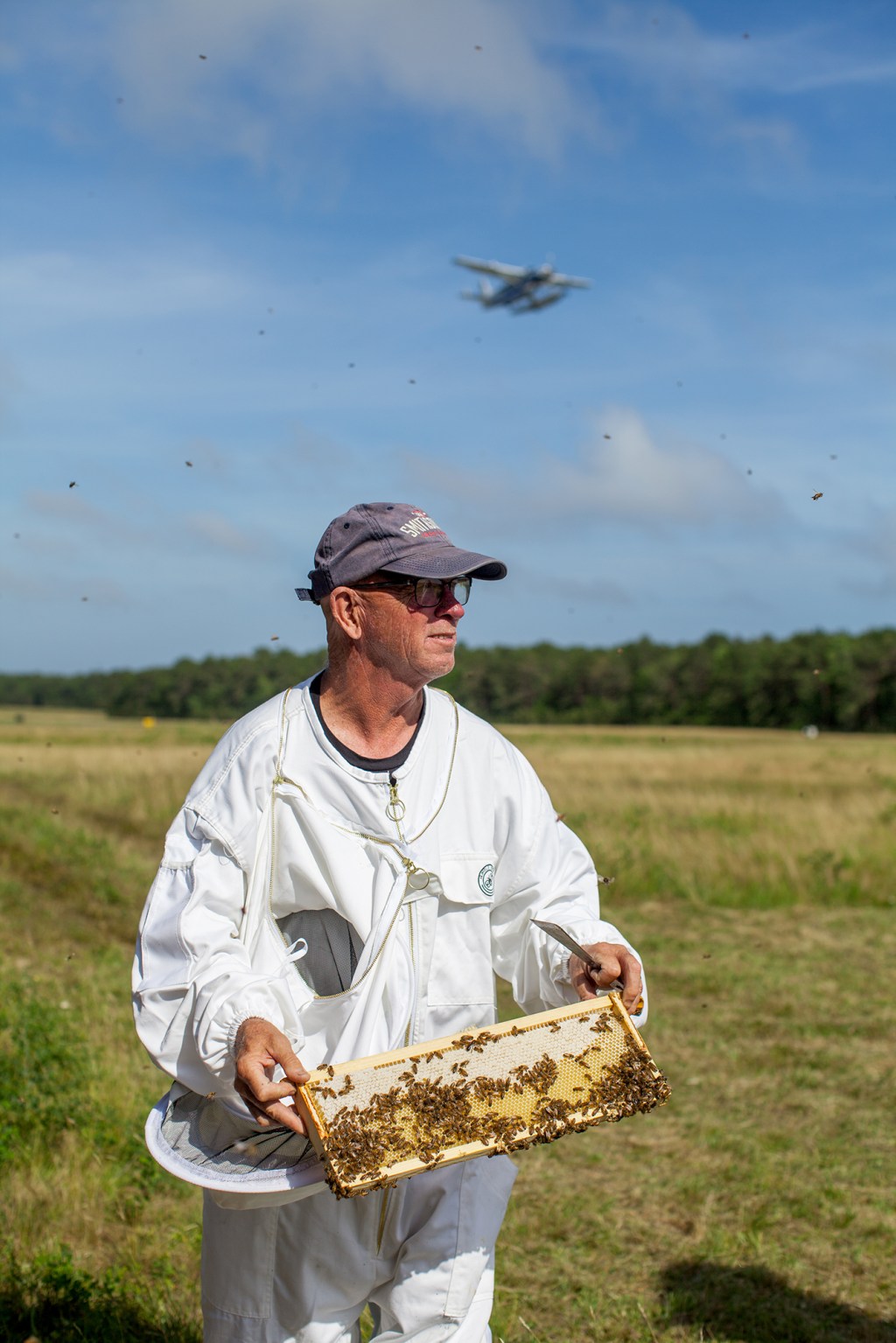 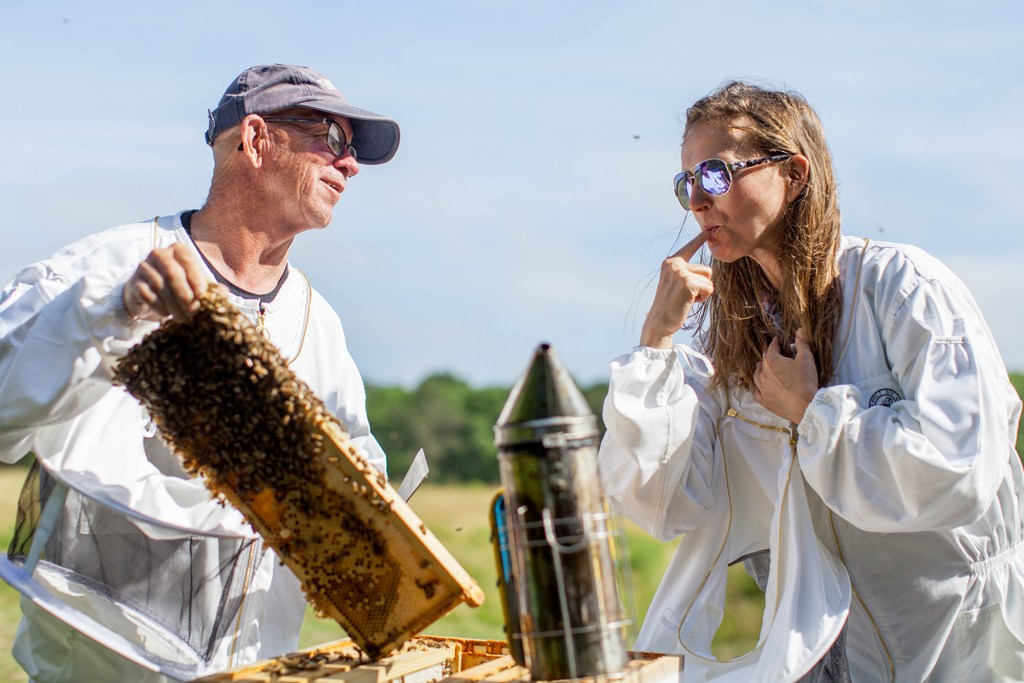 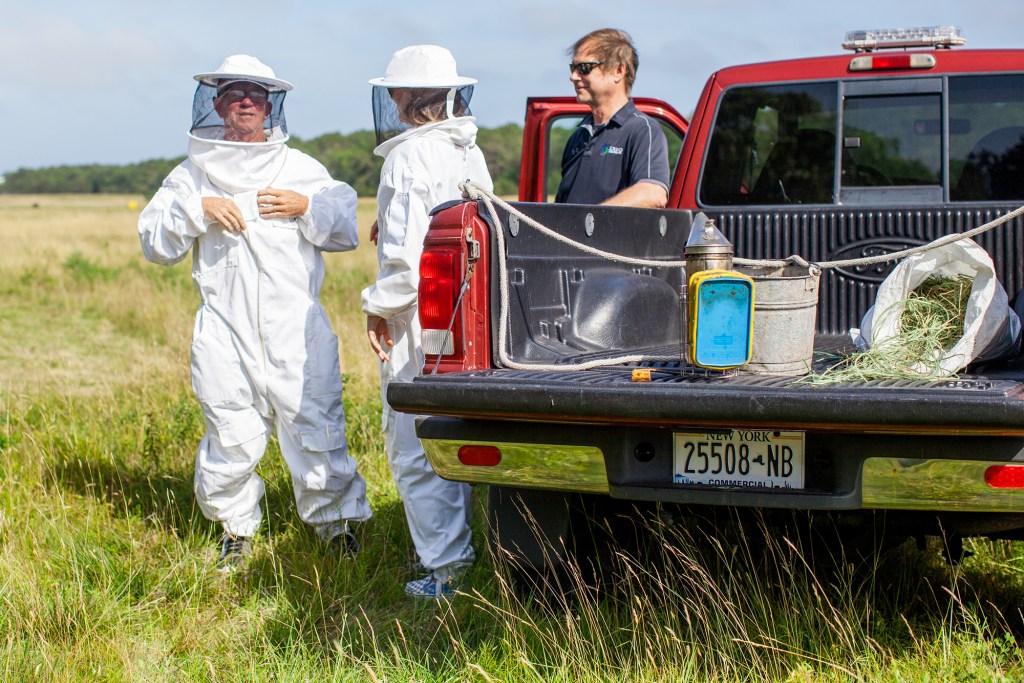 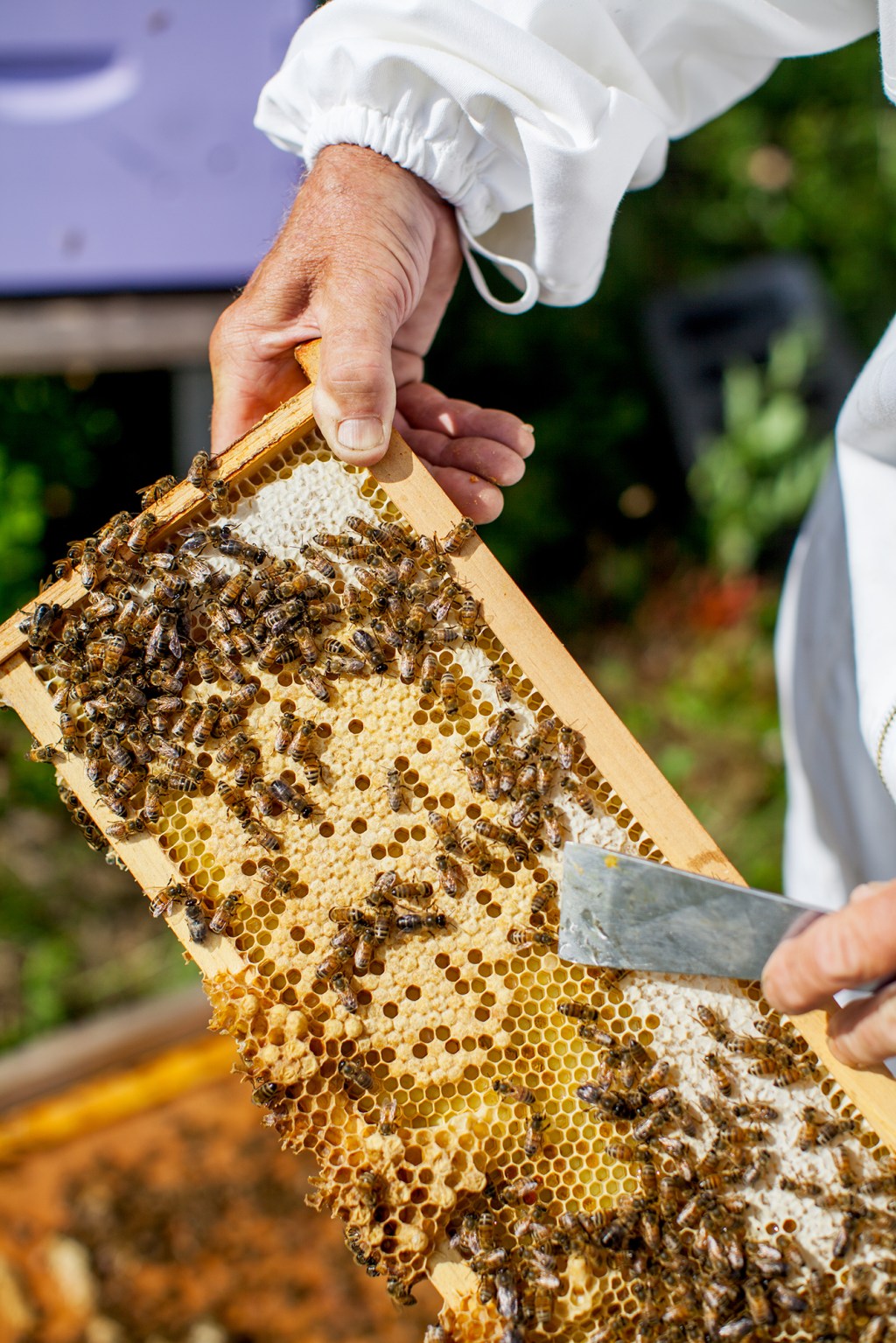 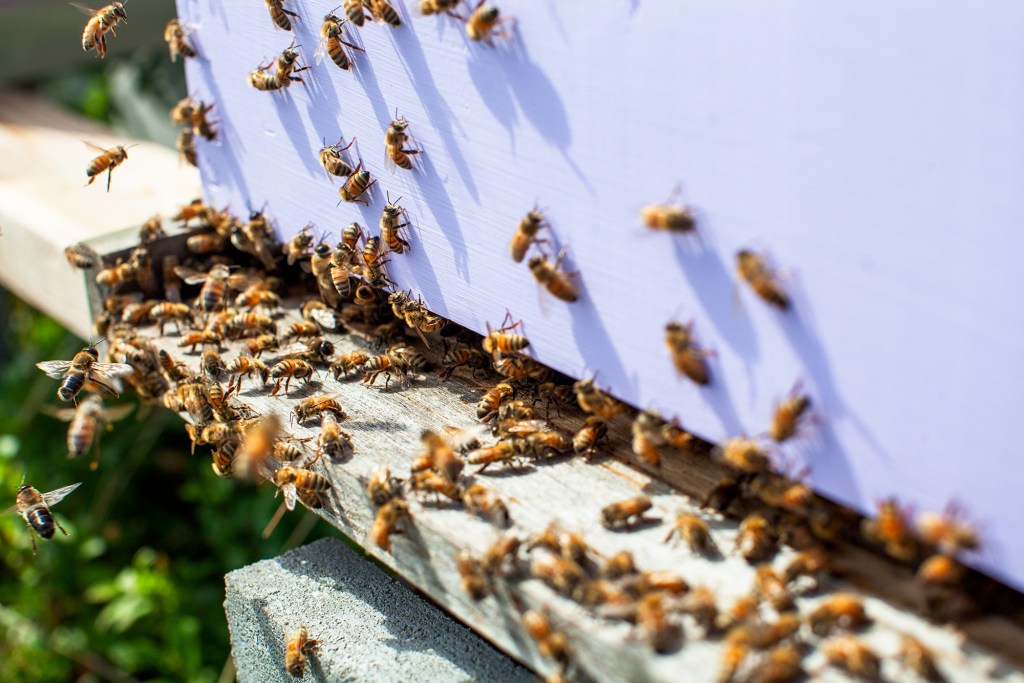 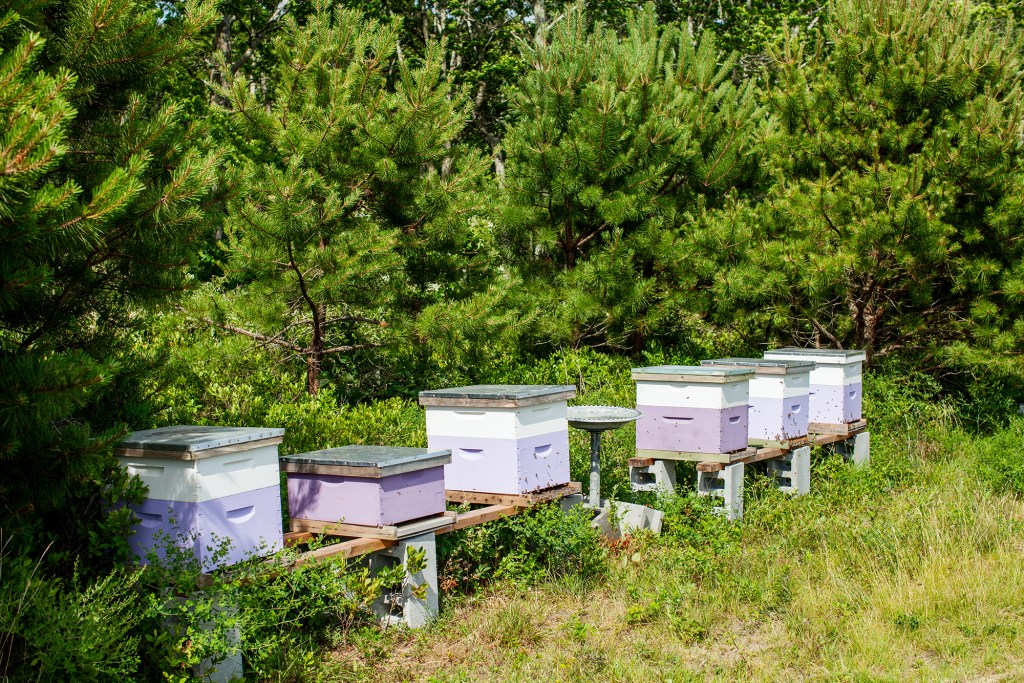 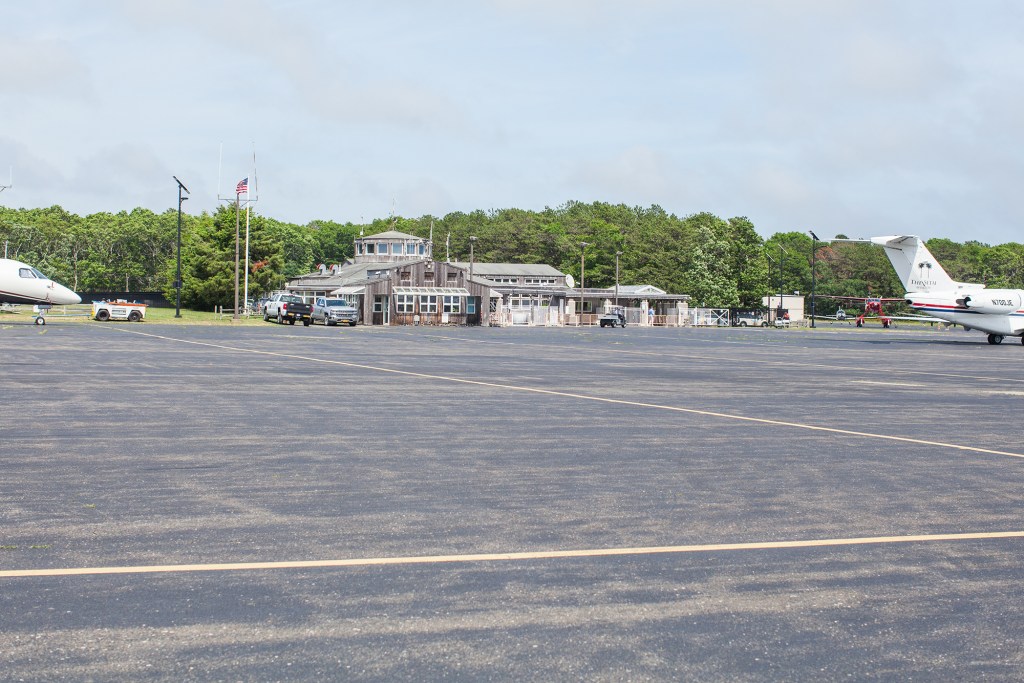