Home » Lifestyle » DR MAX PEMBERTON: Why I truly fear the rise of 'wombs to rent'

DR MAX PEMBERTON: Why I truly fear the rise of ‘wombs to rent’

As you might imagine, I’ve had many harrowing nights working on hospital wards, but I was recently reminded of one particularly upsetting moment.

A couple of years ago, I was involved in removing a baby from her mother due to serious welfare concerns.

This is something I have done many times and, even though I knew that there was absolutely no doubt it was in the baby’s best interests, it was a horrific experience.

The sound of the drug-addicted mother wailing as her baby was forcibly taken from her was indescribable — I will never forget it.

The mother continued to scream for hours, and I recall one midwife sitting in the office with her hands over her ears crying. 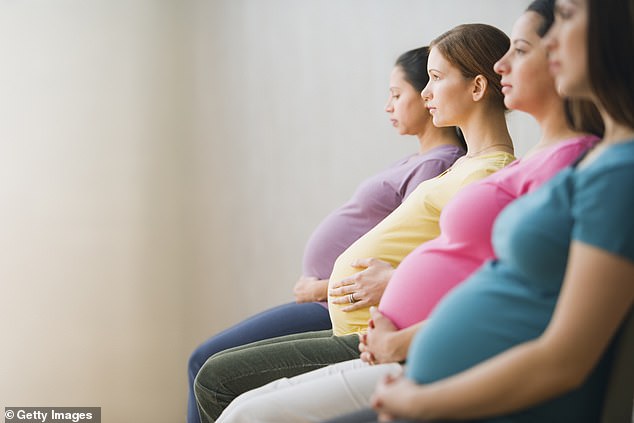 Dr Max Pemberton fears a baby could become an object for sale and a woman’s body a workplace, if so-called ‘pre-conception agreements’ are introduced in Britain (file image)

This memory came back to me when I read in The Economist that Britain is now considering introducing so-called ‘pre-conception agreements’ for surrogacy arrangements.

These proposals will make a baby’s intended parents its legal parents at the moment of birth.

In recent years, there have been incredible strides made in the field of fertility treatment, with the development of myriad techniques to help couples struggling to conceive.

But advances in science and technology have also meant that fertility has become a right; a family is now something that can be expected.

Tens of thousands of couples use one form of IVF or another every year. It’s now commonplace — something that would have seemed fantastical when the first test-tube baby was born in 1978.

Yet the dramatic rise of assisted conception has brought with it its own set of complex ethical dilemmas — many of which, I fear, we have never properly examined, and which our laws are simply not equipped to deal with.

Many of these dilemmas have no easy answer, and the laws surrounding them vary widely from country to country.

For example, it’s illegal to select embryos based on sex in the UK, but not in the U.S., so couples who want a male or female child can choose to undergo IVF in America. No laws are broken, but is this ethical?

The most thorny issues relate to the competing rights of the individuals involved, including the children conceived.

Who gets frozen embryos after a divorce, for example? Or what happens when one of the partners dies and can therefore no longer consent to embryos being used? 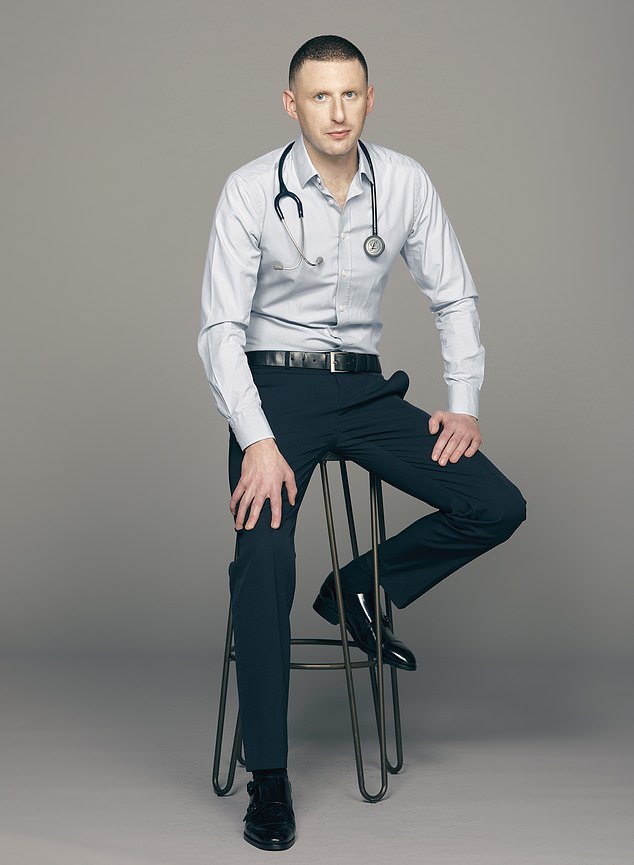 As IVF techniques have improved, the possibility of using surrogates has also increased. And this has started to bring with it even more complex issues.

In many American states paid surrogacy is allowed and, as such, it is seen by some as a career. It pays handsomely and many women have a strong sense of vocation.

But there’s also the risk of exploitation, and of someone deciding to become a surrogate due to financial pressures.

The rise of women turning into ‘wombs to rent’ makes me uncomfortable.

While in the UK regulations are far stricter — couples are only allowed to pay a surrogate expenses, for example — the ethical issue of what to do if the surrogate changes her mind remains. There have been cases of the biological mother refusing to give up the baby she has carried for nine months to the woman she had promised it to.

But there is something about ‘pre-conception agreements’ I find incredibly chilling.

It seems to me that the baby would almost become an object for sale, and the woman’s body would be like a workplace.

It all feels very Handmaid’s Tale. The person giving birth is just a vessel — an incubator, if you will.

Surely I’m not alone in finding this repellent? The psychological effects could be huge.

The unintended consequence of advances in fertility medicine is that children are being seen more and more as a lifestyle accessory — an object which can be paid for. It seems extraordinarily bleak.

I have an image of a mother lying in a hospital bed, having just given birth, looking into the baby’s eyes and realising she is making a dreadful mistake.

Her body housed and nurtured this baby, turning it into a living, breathing person from just a few cells. She changes her mind. She wants to be a mother, but what then? The police arrive and wrench the child from her arms? Would this ever really be acceptable? I certainly don’t think so.

Over the past few decades, women have fought so hard for equal rights, not least reproductive rights.

It is extraordinary that this could result in a situation where those with money, but no children, could contractually insist that a poorer woman give up the child she carried inside her. For all the progress we have made, this would be a shocking backward step.

Now WFH is ‘Whinge From Home’

At last, someone talking sense. KPMG boss, Bill Michael, told employees at the top City firm they are in ‘a very lucky sector’. He was speaking to 1,500 highly-paid consultants who have been working from home since the start of the pandemic. They now face cuts to their bonuses, and he told them to stop whingeing and take control of their lives. Spot on! 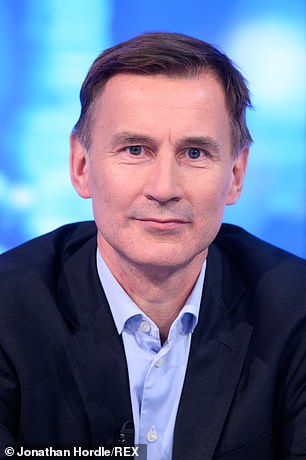 Yet his comments sparked an outcry among the workers, and he was forced to apologise and later resigned. But why? It’s true! These people are paid eye-watering sums of money, and have been in the privileged position of being able to work from home while others put their lives on the line for a fraction of what they earn.

To me, the fact that the KPMG staff can’t see how lucky they are, and dare to get angry at someone telling them to stop complaining, is emblematic of the spoilt, entitled elite. It just emphasises how the pandemic has shone a light on the class divisions in this country. Perhaps those who feel so hard done by should come and spend a few days working with a cleaner on a Covid ward.

The happiest man on earth 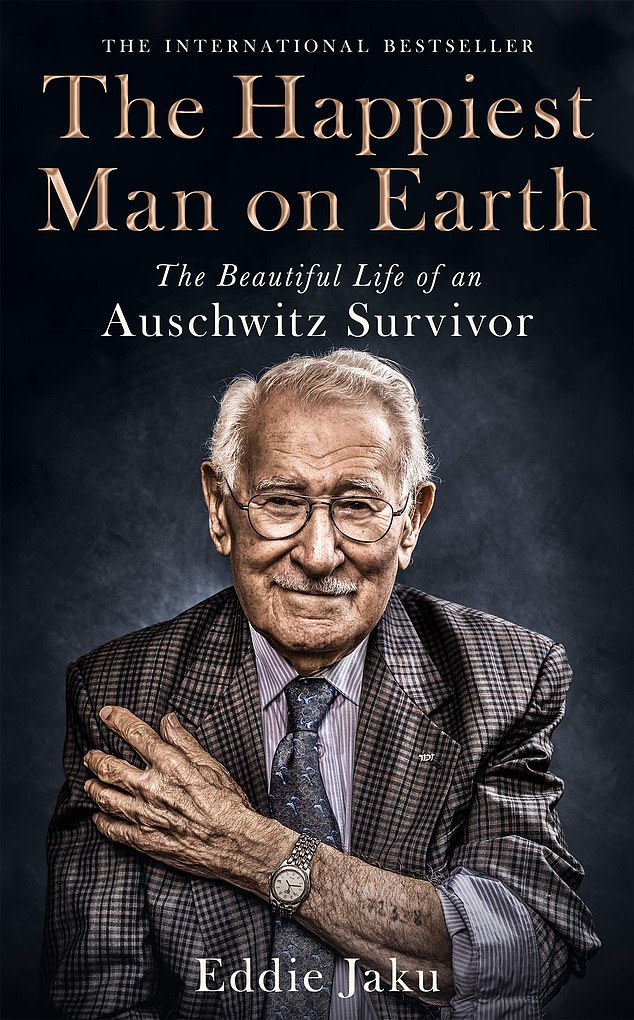 This book is just extraordinary, and it really helps to put our woes into perspective.

After surviving seven years in Nazi concentration camps, as well as a death march, Eddie Jaku made a vow to smile every day.

Despite the horrors that Eddie witnessed, this powerful memoir, published as he turned 100, is astonishingly uplifting.