The cure is worse than the disease: Dr JOHN LEE argues that the coronavirus lockdown could cause more long-term harm that the illness itself

The supposed cure for coronavirus is turning out to be worse than the disease. As analysis by the Mail reveals today, more lives are being wrecked by the official response to Covid than by the virus itself.

When the outbreak began, the Government decided to shield the NHS, with the aim of maintaining its capacity for the imminent tidal wave of cases. All resources were focused on this goal.

From March, the treatment of other conditions and illnesses was put in abeyance for three months. And to this day, the NHS has not resumed anything like normal service. But the predicted Covid deluge never materialised.

Even now the fiercely disputed current Covid death toll of 41,628 is barely half the total fatalities of the 1968 flu epidemic in the UK. 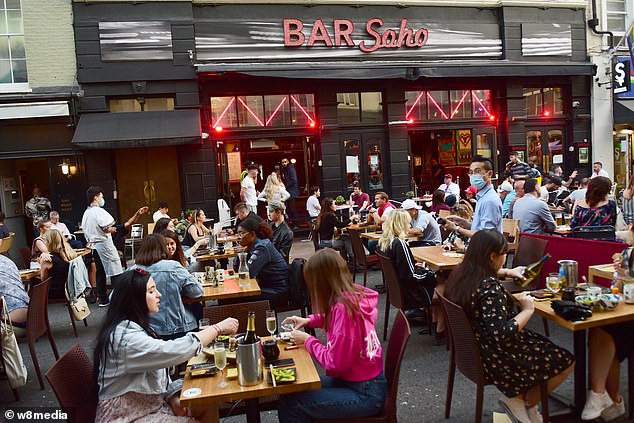 The streets of Soho, London where people are all in groups before the new restrictions start on Monday where you can only be in a group of six maximum

Yet the impact of Covid has been truly devastating in a much more insidious way. As today’s figures reveal, the effective suspension of much of the NHS, and the mass deferral of non-Covid cases, have wreaked havoc on the nation’s health.

Hospital admissions for cancer were down by 36 per cent in April and another 37 per cent in May. As a doctor who served as director of cancer services in Rotherham for over 12 years, I feel despair at these statistics.

For ultimately they are proof that this crisis has warped the Government’s and medical authorities’ senses of reality, purpose and compassion.

In my field of cancer, NHS guidelines give patients who show any potentially cancerous symptoms – such as a persistent cough, sudden weight loss or blood in the stool – a legal right to be seen by a specialist within two weeks of an urgent GP referral.

Diagnosis should be made within 28 days and, if needed, 95 per cent of patients should begin treatment within 62 days from the original referral.

But in the post-Covid climate of severe healthcare rationing, this target has simply been abandoned. One member of my family who found blood in their urine had to wait more than three and a half months just to be seen.

Tragically, the whole point of cancer pathways is to catch the disease early before it advances and spreads. Yet that basic medical requirement has been ignored in the obsessive attention paid to coronavirus. 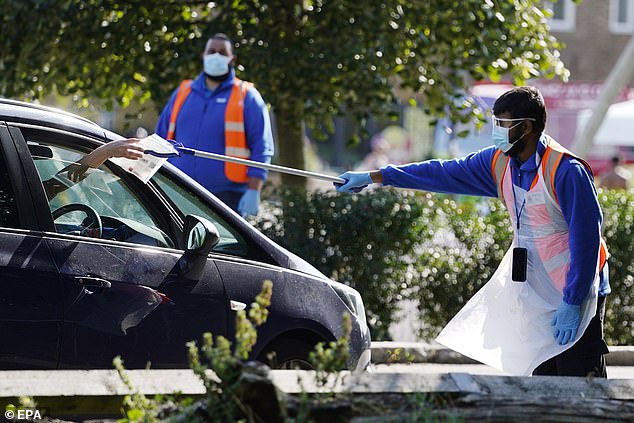 And so the very ministers and public health bureaucrats who constantly claimed to be ‘saving lives’ have put numerous lives at risk with their distorted priorities.

Due to wilful neglect, the damage caused to cancer patients will be felt for years to come. The same applies to so many other conditions, including cardiovascular problems, diabetes, mental health and dementia, where patients have been denied timely care. Of course, it is not just delayed treatment that is to blame.

The draconian lockdown, now in its second incarnation, also fuels poor health by the harm it inflicts on the economy – through poverty and unemployment – as well as by putting people in enforced isolation. It is a tragic fact that, as history demonstrates, higher suicide rates invariably follow declines in a nation’s GDP, particularly among the young – those least likely to suffer from Covid.

As for the elderly, who are most vulnerable to Covid, in another bitter irony, they are the ones who suffer most from the latest restrictions introduced today, the ‘Rule of Six’ guidelines. Every doctor knows that life can never be about simply the avoidance of death: it’s also about the quality of life.

Yet too many older people have been forced to endure a kind of solitary confinement, denied ordinary pleasures such as contact with friends, hugs from grandchildren, or local outings. Even more cruel is the arbitrary rule that only one relative at a time can be at the bedside of a loved one, even in their final moments.

All of which makes it all the more frustrating that this callous, illiberal approach is built on such shallow foundations. There is precious little evidence that coronavirus was ever an exceptional threat to our nation’s wellbeing. In effect, the State has wildly over-reacted, partly as a result of being in thrall to scientists such as Professor Neil Ferguson with unproven theories and dubious modelling.

Despite the Government’s misplaced talk about the dangerous consequences of a ‘second wave’, the reality is that the rising number of infections – the inevitable result of greatly increased testing – has not clearly resulted in a significant increase in Covid hospital admissions or deaths.

More than 1,600 people die in Britain every day, yet, despite the Government’s scaremongering, the coronavirus daily death toll has been in single or low double figures for weeks.

Indeed, if coronavirus were really the deadly menace that is painted, there would have been a massive spike in cases and deaths after the Black Lives Matter protests, illegal raves and huge gatherings at the seaside during the summer. But nothing of the sort has happened. Yet still the Government refuses to change its doomladen narrative.

On the contrary, the bullying is becoming more intense, reflected in the appointment of Covid marshals and the ritualistic orders to wear masks. The great Irish author C S Lewis wrote that ‘of all tyrannies, a tyranny sincerely exercised for the good of its victims may be the most oppressive. It would be better to live under robber barons than omnipotent moral busybodies’.

As this country finally faces up to the real healthcare toll of imposing lockdown, such words could have been describing Britain in 2020.