Doubts are growing among higher education leaders over Victoria’s ability to bring any international students into the state this year as the Andrews government remains in preliminary negotiations with the Commonwealth over a plan.

The Age can reveal international students would enter the state via hotel quarantine under any arrangement approved by the federal government, because the Victorian government has deemed purpose-built student accommodation unsuitable for quarantine. 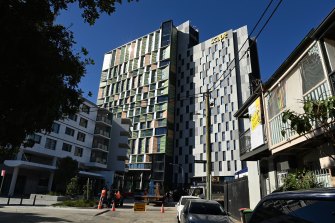 Victoria will not use student accommodation buildings like this one in Sydney to quarantine students.Credit:Nick Moir

In Victoria, the government will not take up offers from the student accommodation sector, while an alternative quarantine site in Mickleham in Melbourne’s north will probably not be ready for use until early 2022.

Until the Mickleham facility opens with an initial 500 beds, state authorities would only use hotel quarantine because it allows the dedicated agency COVID-19 Quarantine Victoria to manage students’ entry.

The situation has left international education leaders, universities and private providers questioning when Victoria will begin to revive what was the state’s biggest sector, with an annual value of $13.7 billion before the coronavirus pandemic. 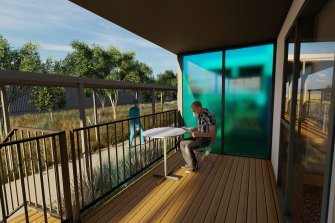 Cabin-style quarantine at Mickleham will enable more arrival options, but will probably not open until next year.

A spokesman said the Victorian government submitted a “draft plan” to the federal Education Department in mid-June, but he declined to divulge details such as the numbers and timelines in the plan on Tuesday.

“We are working with the Commonwealth to welcome back international students when it is safe and reasonable to do so,” he said.

La Trobe University vice-chancellor John Dewar said while figures such as 250 students a fortnight were modest compared with the tens of thousands wanting to enter or re-enter Australia, reopening a path into Victoria would send a crucial message to the international student community.

“It would encourage them to stay enrolled or contemplate enrolling and show them that there is a way back,” he said. “The signal is important.”

National cabinet’s recent decision to halve the number of Australians allowed to return via hotel quarantine has added a layer of complication, particularly because Premier Daniel Andrews led calls for the number to be cut in a state that endured a long second wave last year following hotel quarantine failures. Victoria will receive 500 people per week as of Wednesday under the new cap.

Nonetheless, the South Australian government intends to proceed with its plan to fly in its first batch of students by September.

NSW Premier Gladys Berejiklian revealed on Tuesday that her state’s plan will be delayed until Sydney’s lockdown ends.

Yet NSW health and police authorities have already approved student accommodation buildings as suitable alternatives to hotels for quarantining students when the program begins.

Craig Carracher leads a purpose-built student accommodation industry group that liaised with the NSW government prior to it submitting its plan to the Commonwealth. South Australia also spoke with the industry group before deciding on cabins, while the Australian Capital Territory is using student lodging to quarantine diplomats among others.

Mr Carracher said on Tuesday that the Victorian government had not contacted the 25 operators in the industry group this year.

“Victoria is the only state that has gone dark on any discussions with the purpose-built student accommodation sector,” said Mr Carracher, who is also co-founder of Scape, the country’s biggest provider of student living.

Mr Carracher said Scape buildings were newer than most hotels and constructed with up-to-date ventilation systems that could prevent instances of airborne infection, such as the one in Adelaide hotel quarantine that went on to spark Victoria’s lockdown last month.

Mr Carracher questioned the basis on which the government formed its view “given no one had engaged with the providers or inspected the new buildings, which were built to COVID compliance standards and offered to the Victorian government without any response”.

Victorian universities have been deeply scarred by the loss of revenue after more than 80,000 international students left the state last year, with institutions repeatedly cutting courses and jobs over the past 18 months and further cuts expected.

Belle Lim, president of the Council of International Students Australia, said many were now unable to finish their degrees without returning to the country.

“Students who are in the last year of their medical degree, for example, cannot finish their study offshore and states will prioritise those cases. It’s an equity question,” she said.

“For new enrolments, Victoria is lagging significantly behind Canada, the United Kingdom and even the United States now. The sector should send a signal that Australia is taking steps to bring students back.” 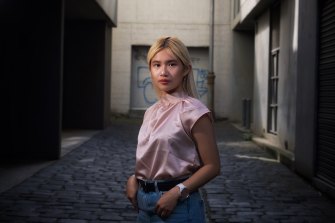 Phil Honeywood, chief executive of the International Education Association of Australia, said Victoria had dragged its heels on international education since a plan was put forward by universities and student accommodation providers in December to fly in students.

He accused the government of “smoke and mirrors” by mentioning a draft plan without releasing any details.

“It leaves the sector on tenterhooks. The government can talk about negotiations and consultations but we are a long way off a detailed plan in Victoria,” he said.

A federal government spokeswoman said Canberra had provided feedback to Victorian authorities on a “working draft” submitted in June but questions on its content should be directed to the state government.

“[The Education Department] will continue to work with Victoria as it develops its plan,” she said.

City of Melbourne lord mayor Sally Capp, whose council hosts a majority of international students and accommodation buildings in the CBD and Carlton, said she had been advocating for months for a trial quarantine program.

Matt Bach, the Victorian opposition’s higher education spokesman, said despite the recent halving of international arrivals, Victoria should proceed with quarantining students in addition to returning Australians. “If the Andrews government does not put in place a plan for the safe return of international students, many more Victorian jobs will be lost, both at our universities and in small businesses,” he said.