An animal rescue centre has revealed that the surge in abandoned dogs being taken to their centre because of lockdown has been a ‘nightmare’.

Sylvia Van Atta, co-founder of Many Tears, near Llanelli, Carmarthenshire, explained that the centre is struggling to survive because of the overwhelming number of animals who have been given up by their owners who bought them on a whim during the pandemic.

She went on to say several animals had been arriving at the centre with behavioural problems because owners weren’t training them properly, while many others returned them after realising they couldn’t afford the pet.

Appearing on This Morning, Sylvia said puppies as young as 18-weeks-old had come to the centre after already being sold three times on social media – with designer dogs such as Cockapoos being one of the most common breeds to be abandoned. 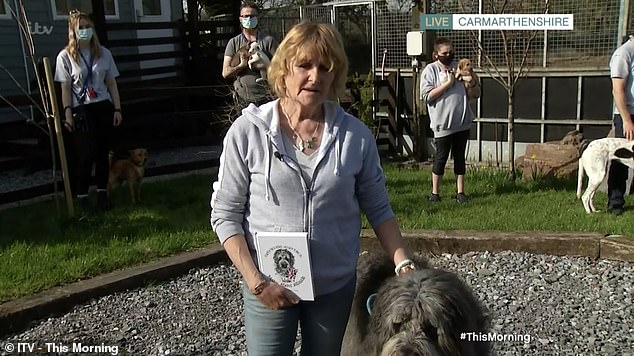 Sylvia Van Atta, co-founder of Many Tears, near Llanelli, Carmarthenshire, says the centre is struggling to survive because of the overwhelming number of animals abandoned during the pandemic 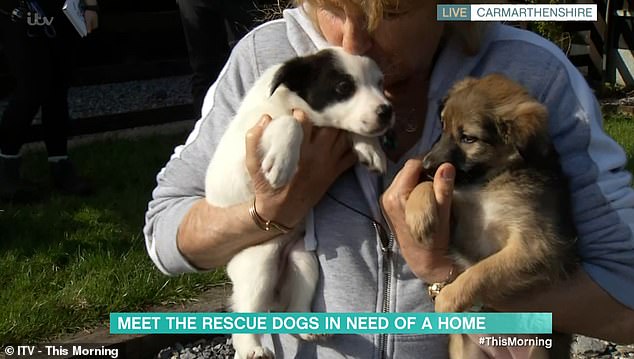 ‘It’s hit really hard and been a real struggle to keep going,’ she said. ‘We’re trying to do our very best to make it work and the staff have been wonderful, but it’s just a nightmare to be honest.’

She said animals are being so poorly trained when they first arrive with a new owner that they become ‘unsellable’ and have to be taken to a rescue centre.

‘They’ve been sold on various social media sites until they’re not sellable, because they’re not trained and they have a problem and people don’t dare sell them when they have a big problem, so they give them to us.’

The Covid pandemic saw a huge surge in people impulse buying dogs to keep them company at home, with designer dogs such as Cockapoos selling for as much as £3,500 during the first lockdown. 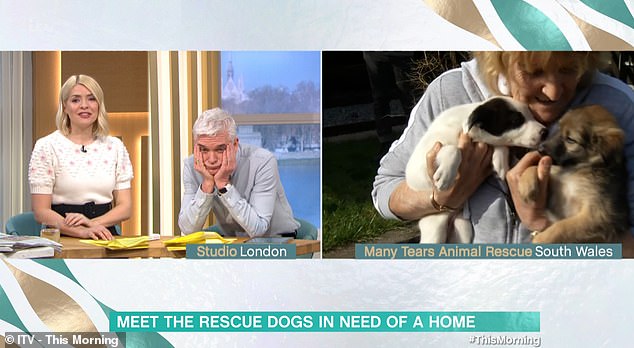 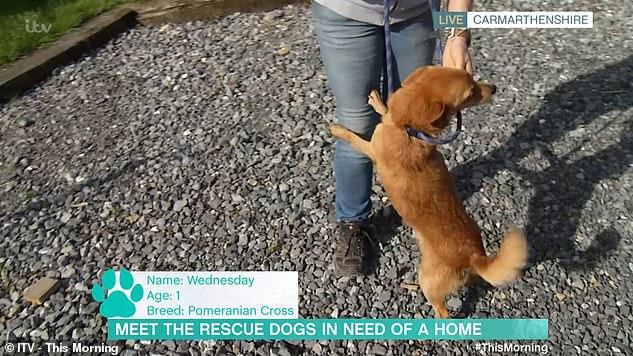 Pictured, a one-year-old Pomeranian Cross called Wednesday who is up for adoption after her owners left the country during lockdown

After showing off eight-week Cockapoo Isaac to viewers, Sylvia revealed the breed as being the most common to be abandoned – explaining that they take much more work than expected.

‘They’re a very special dog’, she said. ‘They are bred from a Poodle and a Cocker, they are both working breeds who like lots to do, they’re very clever, need a lot of grooming and time.

‘So many people have got these dogs over lockdown, numbers of this breed, more than any other breed. We’ve had this breed in with biting or having problems because they haven’t been raised with what they need,’ she explained.

‘You are responsible for a dog’s life when you take one on and if you mess it up, you’ve messed up his life.’ 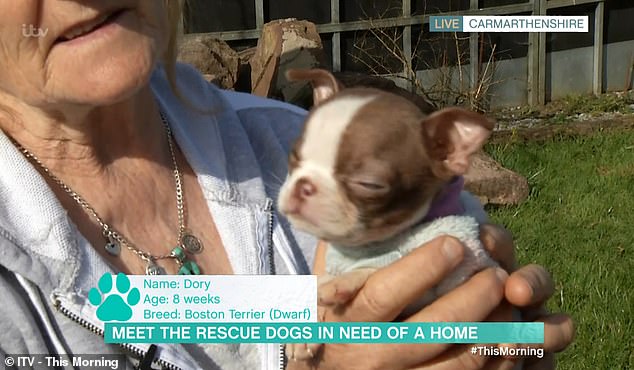 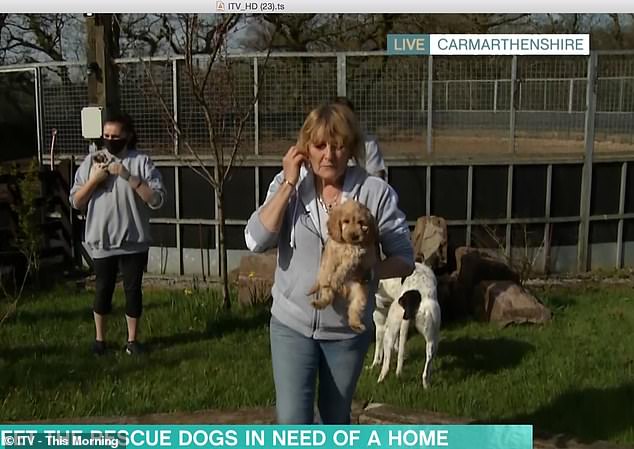 After showing off eight-week cockapoo Isaac to viewers, Sylvia revealed the breed as being the most common to be abandoned because they take much more work than expected

Due to the high volume of dogs coming through their door, the centre has struggled to survive and Sylvia even penned a book to try and raise funding.

She said: ‘It’s been really hard, we thought it might happen like this and right at the beginning I thought, we won’t be able to keep going, we haven’t got the funds to keep going.

‘So I wrote a book about how we started the rescue, I thought it would be a good thing to fund it, and inspire others. I wrote the book so we could keep going, but then it just went on and on and on and just as I thought. ‘

Sylvia revealed that several dogs have been taken to the centre because of owners suffering with mental health issues.

‘The dogs are coming in, haven’t been properly socialised and trained, nobody has been there to advise and a lot of them come in with problems.

Viewers were heartbroken by the segment, and were so keen to re-home the dogs the Many Tears website crashed while Sylvia was still on air

‘A lot of them come in because people cannot finance their wellbeing and unfortunately we’ve also had a lot of mental health problems, including suicide.’

Viewers were heartbroken by the segment, with one writing: ‘Seeing all those dogs&pups on #thismorning is so heartbreaking, hope they all get a good home they deserve, id take them all if I could.’

Another wrote: ‘This break my heart so much Broken heart. Working in the veterinary Industry this last year has made me so angry at people. So many dogs not being socialised and trained and bought by incompetent owners who have no idea how to look after them.’

‘They are very right a dog is for life not just for lockdown’, penned a third.

Viewers were so enchanted by the animals, the Many Tears website crashed with people hoping to give the dogs a happy home while Sylvia was still on air.