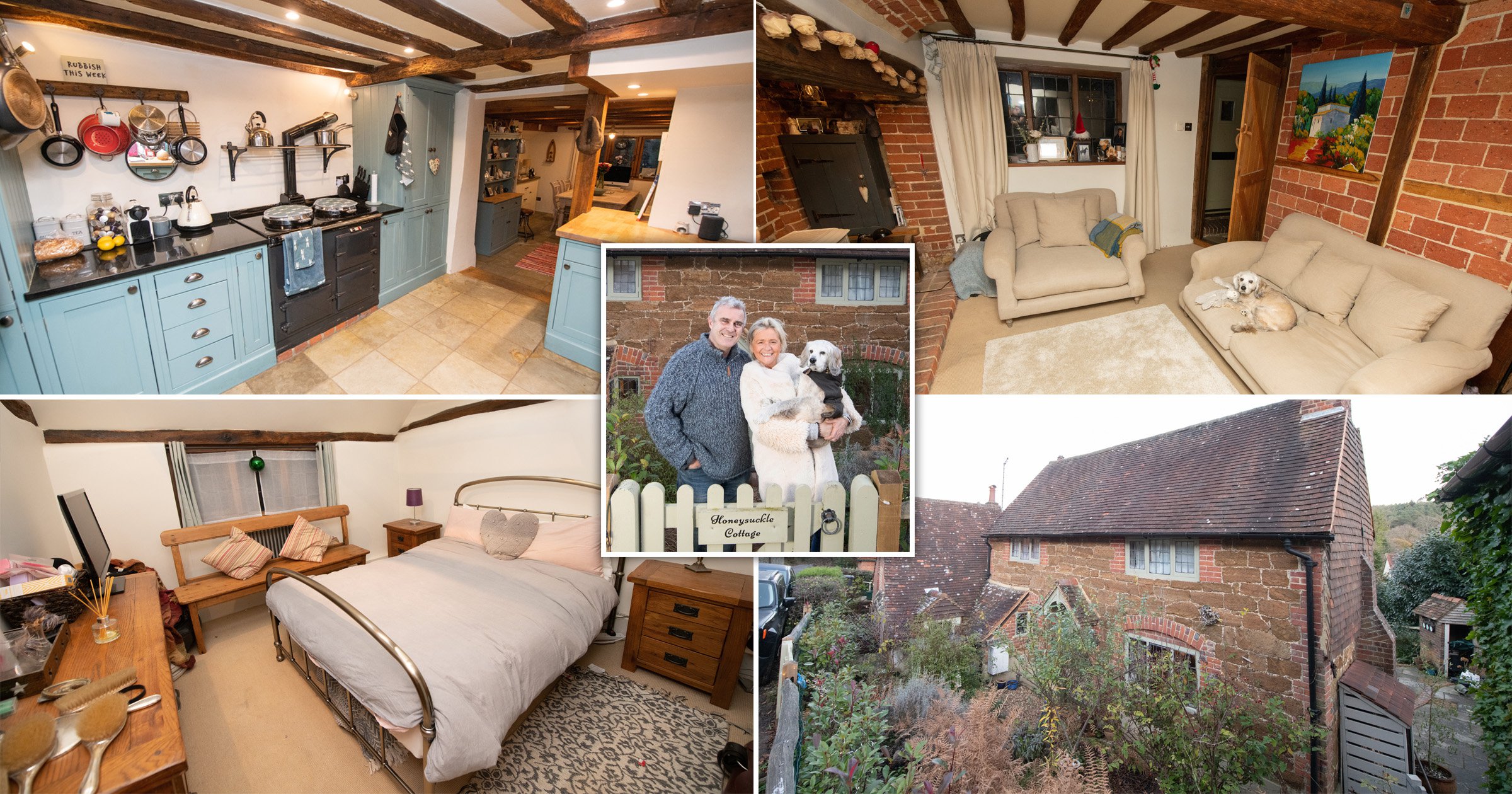 The real life cottage from romcom The Holiday is now up for rent on AirBnb – after the owners bought it without realising its significance.

The penny dropped when strangers turned up taking photos of the cottage.

Jon Bromley, 58, and Cressida, 52, are a married couple who live in the house best know as the inspiration for Cameron Diaz’s rural retreat in the 2006 festive movie.

After they bought it, still oblivious, they saw news of the sale in a property magazine.

Now they regularly have movie fans turning up to Holmbury St Mary, Surrey, to take photos and pose outside.

A few weeks ago the couple put their home on AirBnb for an average of £295 a night and immediately beady eyed fans booked.

The couple still live there, but have bookings already scheduled for Christmas, New Year and the summer – so they might have to do some house swapping of their own.

In the movie, newly-single Amanda Woods – played by Cameron Diaz – leaves Los Angeles, US, to spend a two-week holiday in Rosehill Cottage in rural England.

Movie researchers visited the home but found it was too far from the cast and crew in London, so they recreated it brick by brick in a studio.

Rosehill Cottage in the movie is an identical match for the Bromley’s home – including the picket fence, wooden gate, country garden, and rural track which Diaz famously slips down.

Jon, a sports photographer, said: ‘I had bookings straight away.

‘Our first guests were a few weeks ago for two nights. They were scientists from Cambridge and really enjoyed it.

‘It’s one of those getaways where you go and hide yourself somewhere in a little village.

‘There’s nothing here but a pub next door – no shops.

‘We still live in the cottage but I have four lettings so far – Christmas, New Year and two in summer for weddings locally.

The Bromley’s purchased the property in 2019 for £625,000, taken by its three-bedrooms, AGA stove, underfloor heating, and landscaped garden with a flagstone laid terrace.

It has lovely views of Surrey’s hills too.

Jon said: ‘I came to see it on my own to begin with and just literally fell in love with it straight away.

‘Just everything was beautiful – low ceilings, it’s beamed, it’s got a massive inglenook fireplace with a log burner in.

‘Then we saw it in Country Life article saying something like “the inspiration for The Holiday cottage is back on the market”.’

Production designer for The Holiday, Jon Hutman said on the DVD commentary he was looking for the ‘cutest, smallest, most English cottage that we could find’ when he stumbled on the real life home.