Fighting over photos? Conor McGregor’s rep is denying reports that the mixed martial artist fought Machine Gun Kelly on the 2021 Video Music Awards red carpet after the singer denied him a photo opp.

“This is totally false. [There was] no photo request.” the Ireland native’s spokesperson told Us Weekly on Sunday, September 12, noting that Kelly, 31, “attended Conor’s last fight” and the athlete, 33, “appreciates all his fans.”

McGregor told Entertainment Tonight that “absolutely nothing” happened, explaining, “I don’t know. He showed up, and I don’t know. I don’t know the guy. Nothing happened with me, I only fight real fighters, people that actually fight, you know what I mean? I certainly don’t fight little vanilla boy rappers. I don’t even know the guy. I don’t know anything about him, except that he’s with Megan Fox.”

The attendees were photographed seemingly yelling at each other at Brooklyn’s Barclays Center ahead of the awards show. While McGregor was held back by security guards, the musician’s girlfriend, 35, appeared to hold Kelly back with a hand on his chest. 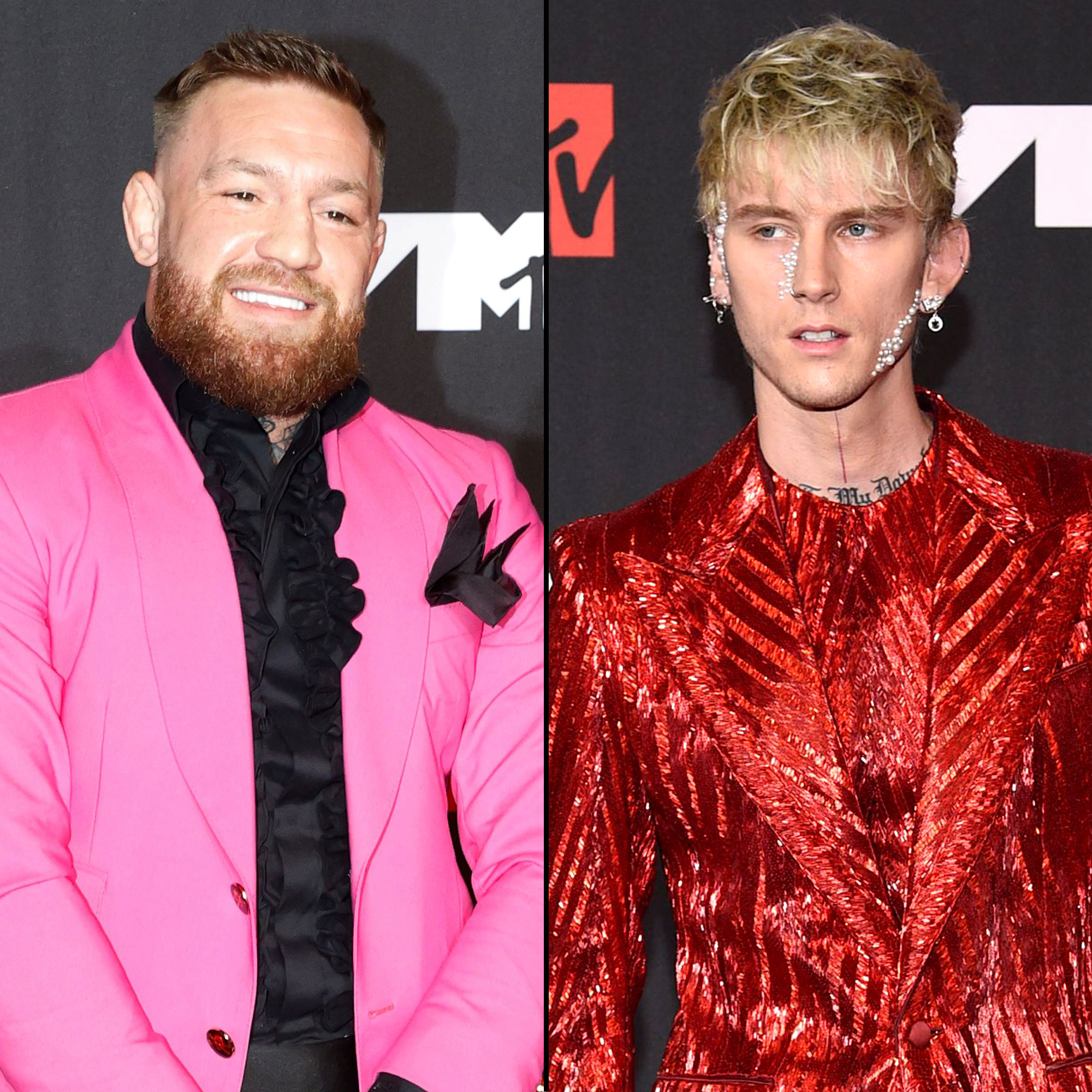 The couple, who made their relationship public in May 2020, showed PDA while posing for pictures ahead of the alleged altercation. The actress stunned in a sheer Mugler dress, and her boyfriend wore a red Dolce and Gabbana suit.

The pair have a “karmic” connection, Fox told CR Fashion Book earlier this month. “Our souls, are so intertwined on that higher plane,” the New Girl alum gushed to the magazine. “A lot of it is handled for us by our ancestors and the spirits and energies that are watching over us.”

The Tennessee “felt crazy” when they met, she told USA Today two months prior, explaining, “It was just two people who were primed and supposed to be together. We were meant to meet each other. … The first day I felt crazy. That energy was really overwhelming and super chaotic. I was having all these feelings and I wasn’t sure what they were, I just knew something intense was happening.” 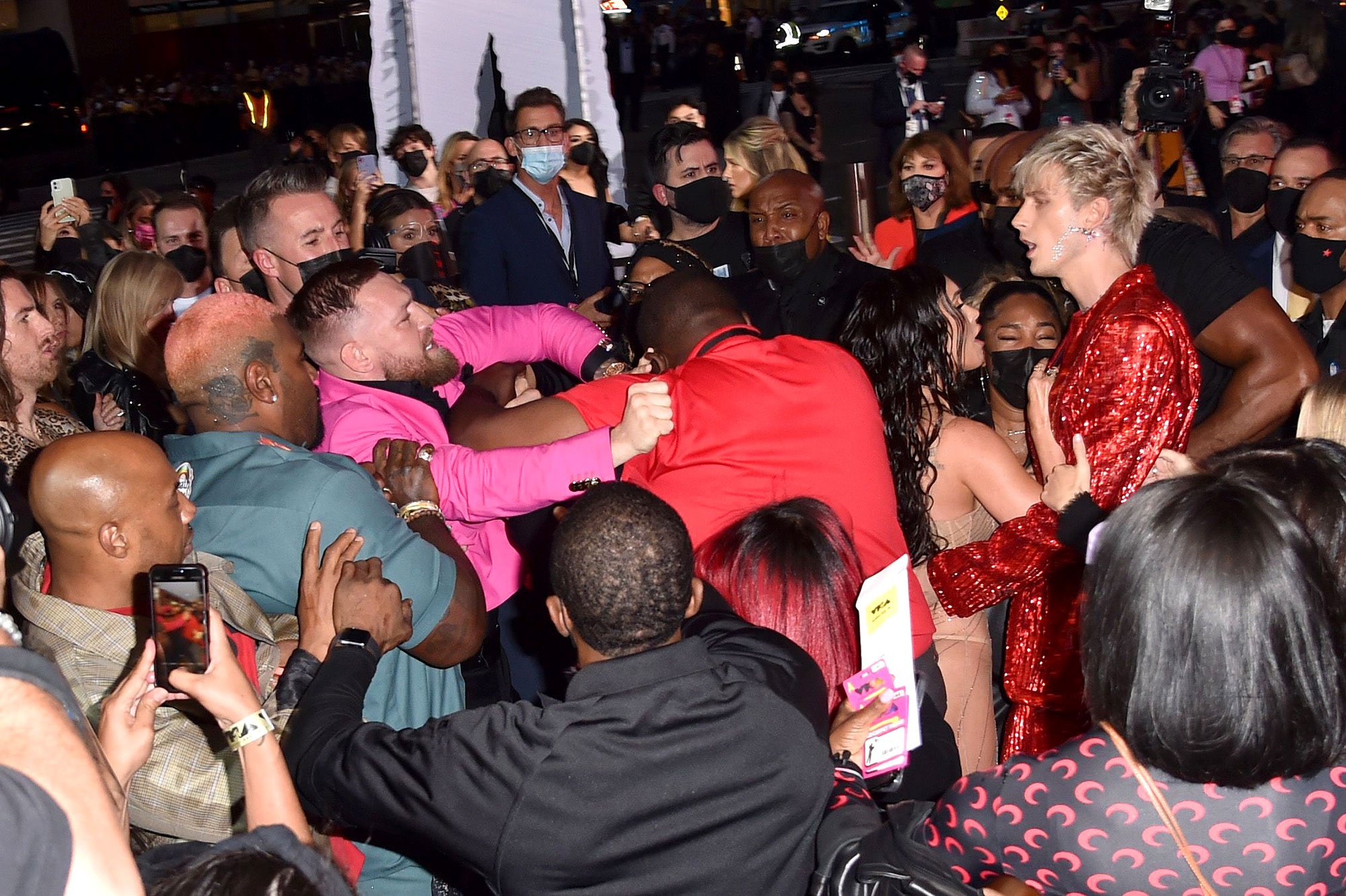 As for McGregor, the boxer sported a pink suit at Sunday night’s show. He walked with the help of a cane two months after breaking his ankle fighting Dustin Poirier.

Glam Time! See the Stars Getting Ready for the VMAs

The businessman has previously gotten into a fight at the Barclays Center. In 2018, McGregor threw a dolly and other objects at a moving bus ridden by Khabib Nurmagomedov and other UFC fighters. McGregor was charged with three counts of assault and one count of criminal mischief as well as menacing and reckless endangerment at the time. He was subsequently ordered to perform five days of community service and attend anger management classes.

In September 2020, McGregor pleaded guilty to assault and paid a fine after punching a man at a Dublin pub.