Rick & Morty‘s iconic grandfather-grandson duo has officially come to life! Adult Swim dropped a live-action promo of the beloved animated sci-fi series on Friday (Sept. 3), and it shows none other than Back to the Future star Christopher Lloyd, 82, playing a real-life version of Rick Sanchez himself! And of course, Rick has to be joined by his fretful grandson Morty Smith, who is played by Jaeden Martell, 18, in this live-action version. Few details are known about this Rick Morty twist, but the 14-second promo — which can be seen below — certainly gives fans plenty to be excited for.

In the clip, titled “C-132,” Christopher’s Rick and Jaeden’s Morty pop out of a green portal in a garage. “Morty,” Rick says, before letting out a big burp, and then adding, “We’re home.” A nervous-looking Morty then responds to his grandfather, “Oh, jeez.” Of course, Rick is dressed in his iconic mad scientist attire in the brief scene, while Morty is donning his traditional yellow shirt.

As fans likely know, Rick & Morty was actually inspired by the iconic Back to the Future films, and the character of Rick was essentially created as a parody to Christopher’s character, Doc Brown. So, Christopher getting a gig in the live-action Rick & Morty is pretty fitting, to say the least. Adult Swim’s clip arrived just days before the show’s season 5 finale, so this could certainly be giving fans an idea as to what’s coming next in the hit series. 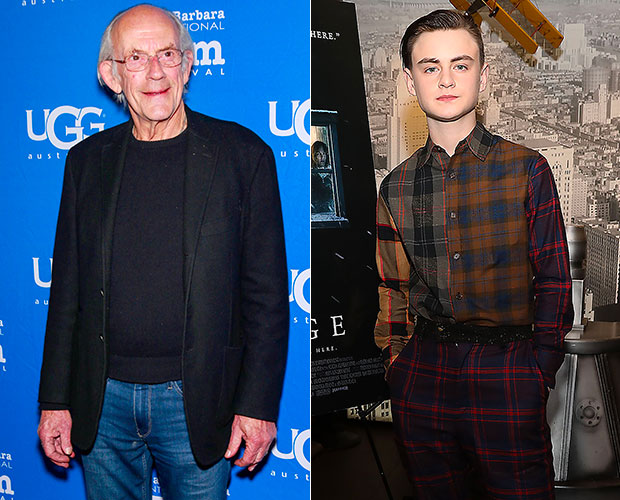 Want to find out more about this live-action version of Rick & Morty? Tune into the show’s two-part season finale on Sunday, Sept. 5, where fans will (hopefully) get the answers they’re seeking.