“As a Florida analogy, it’s like when a hurricane is coming,” says Chase Stokes rather seamlessly, when asked what the days leading up to season two of his hit show “Outer Banks” are like. “You get two days of really great weather, and then you start to see the rain come in. We’re all like, ‘Oh s–t. Let’s hunker down.’”

“Outer Banks” arrived on Netflix last summer with minimal fanfare, and yet became an instant phenomenon, binged widely as hot teenagers in beachside North Carolina on a treasure hunt provided the escapism people were eager for. The show was promptly renewed, and Stokes and the rest of the cast have been in high demand gearing up for the second season, out today. He promises that it’s “Outer Banks” on a whole new level.

“Somehow, some way the show is insanely bigger than what season one was, and we did it during a global pandemic,” Stokes says. “Still trying to figure out how we managed to do it, but here we are.”

The 28-year-old was born in Maryland, where he grew up playing ice hockey, which he dreamed of pursuing professionally until some injuries at 17 forced him to call it quits.

“I was definitely a late bloomer when it came to the acting space,” Stokes says. “I didn’t really get into it until the end of high school, early college. I become a little bit obsessive when I get into things, and so it took me by storm.” 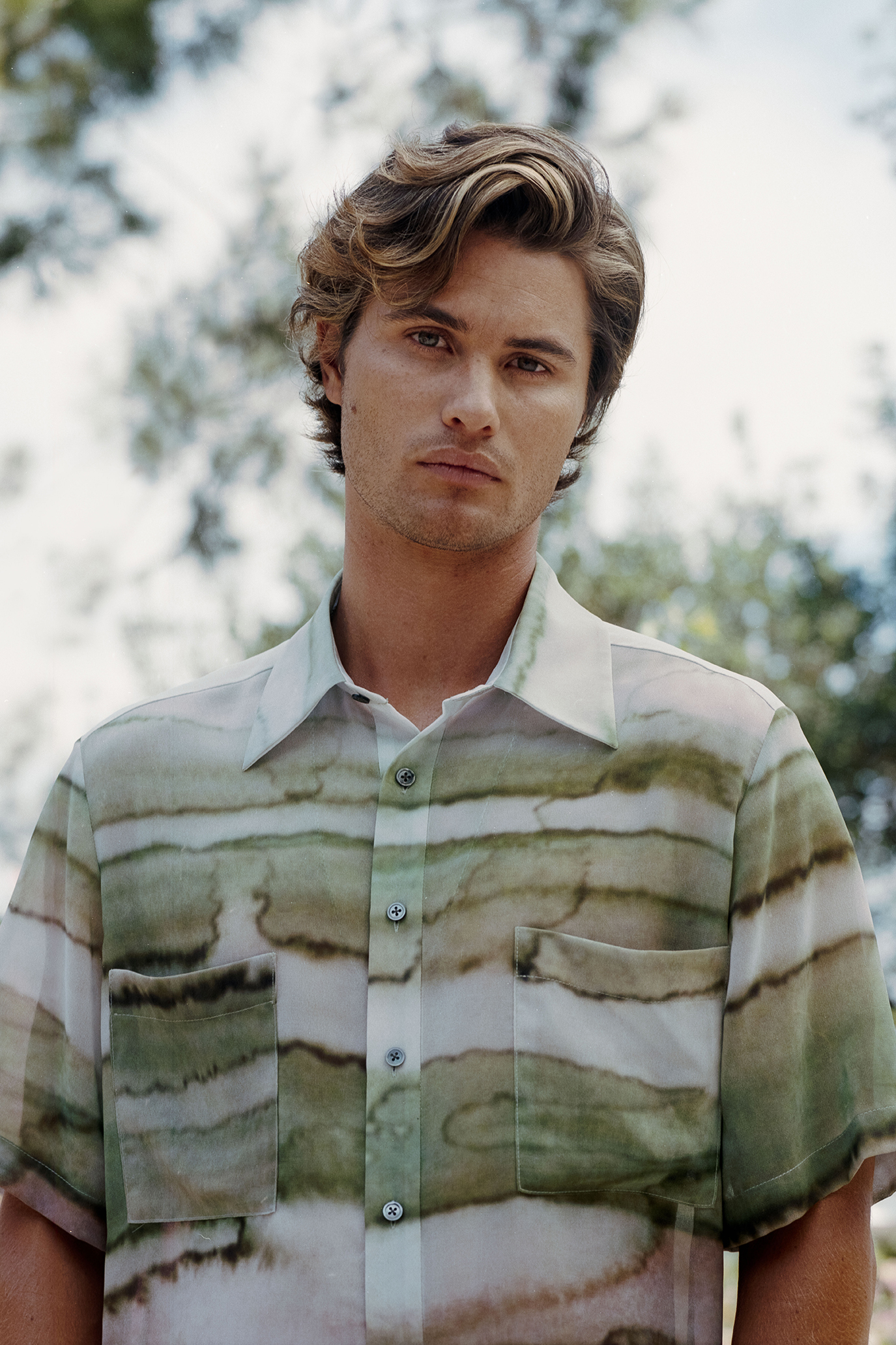 “I probably have spent more time on YouTube watching actors than I should admit to, but that was my intro into it,” Stokes says. “And then I just blindly emailed every agent in Hollywood until somebody responded.”

Growing up it was Patrick Swayze’s performance in “Ghost” that, thinking back now, he pinpoints as the spark moment.

“I think, as a child, watching things like that, I always kind of thought it would be cool, but such a far-fetched idea,” he says. “So just being able to keep it has been really awesome.”

The whole “Outer Banks” gang was thoroughly shocked by the attention that season one got; there wasn’t much promotion leading up to it, and they didn’t know if it would find an audience.

“If I’m being fully honest, we really didn’t know; sometimes on Netflix, you have these shows that have so much steam behind them and Netflix really, really gets the momentum going,” Stokes says.

That was not the case for “Outer Banks.”

“It was like, ‘oh, we have one billboard on Sunset Boulevard’ and they’re promoting the heck out of these other shows that were all around us at this junket that we had done,” he says. “And we were like, ‘well, I guess we’ll see what happens.’ And lo and behold, we ended up breaking through, and now we’re in the zeitgeist, and the show has become this little phenomenon. So it’s been quite the roller coaster to say the least.”

Stokes originally passed on “Outer Banks,” thinking it was a revamped “Goonies.” The series’ casting director called his reps and told them they needed to get Stokes to actually read the script, where he would see it was, in fact, not “Goonies take two.”

“I read it and I immediately called her to apologize,” Stokes says. He was on a flight days later for his first read and never went back to L.A., launching immediately into shooting.

“I literally went there with two T-shirts, a pair of boxers, two pairs of shorts. Our costume department had to give me clothes to wear because I couldn’t afford to even get clothes. I was so ridiculously broke,” he says. 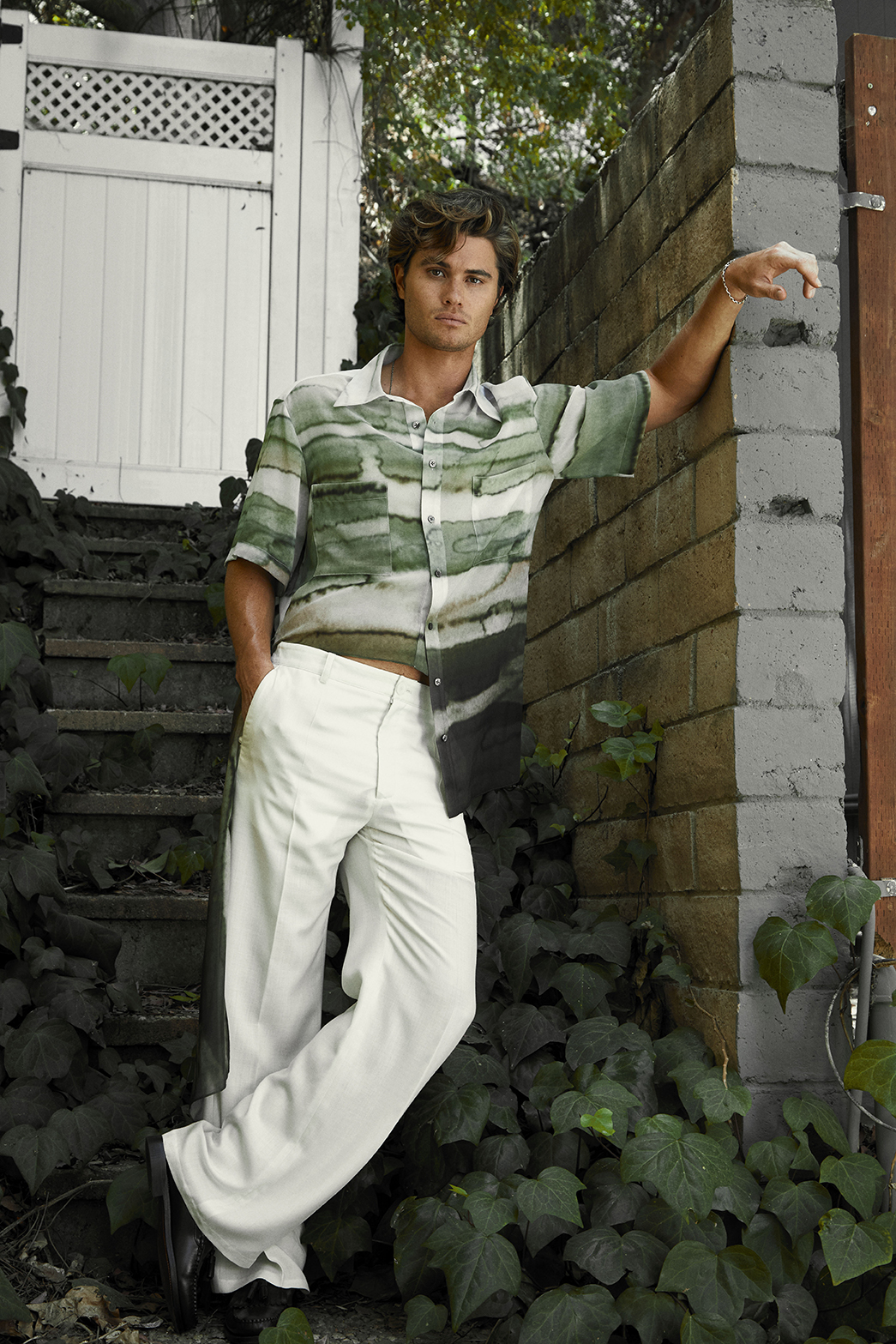 Stokes says like his character John B, he, too, is stubborn and firm on the way he sees things, but the similarities stop there.

“John B’s probably not the brightest bulb on the tree,” Stokes says. “And I think sometimes he makes not the best decisions, out of impulse. I’m a little more calculated. There’s this scene in season one where they’re outside of the Crane House and he’s like, ‘ooh, let’s throw a rock at the motion sensor.’ I just remember him saying that, and I was like, ‘what? That’s the dumbest s–t I ever heard!’ But you know, here we are.”

Stokes is one of many who is in the weird limbo of having blown up during lockdown. Nearly 5 million people follow him on Instagram and he’s become a face of American Eagle, yet he’s spent most of that time out of the public eye. He and costar Madeline Cline have been together for a year-plus, much to fans’ delight, even winning Best Kiss at the MTV TV and Movie Awards.

Stokes says the cast only really got a sense for how popular the show had become when shooting for season two began and the police department had to come and do crowd control.

“We were like, ‘Oh, wow, OK. Yep. This is getting a little crazy. These numbers on social media are turning into actual human beings. We’re experiencing in real time that people are actually watching the show. It’s not all this false facade,’ and that was really cool.”

The down time between seasons has allowed Stokes to explore the fashion space some, working with stylist Avo Yermagyan on looks like a fire engine red Fendi suit at the MTV Movie Awards and a Ferragamo suit for an event hosted by the brand in the Hamptons, for which Yermagyan tailored down an oversized runway look to hang on Stokes.

“I’ve always been very interested in fashion, and I love when people are able to embrace themselves and try to do something a little different. And with John B being such a traditional teenage boy, it’s been fun to work with my stylist Avo and try different things,” Stokes says. “I want to continue to dive in that space and find ways to continue to creatively express myself.”

Despite all the attention he’s received since the show premiered, it wasn’t until watching himself back in season two that Stokes let it sink in that he might have an acting career ahead of him.

“I watched my performance, and my representatives watched it, and we all were like, ‘Oh, this is pretty damn good.’ Then it was like, ‘OK, I can probably bank on doing this for the next couple of years, hopefully,’” he says.

He’s dying for a career like Matt Damon’s, “who’s just made all the right choices, and done incredible films, and been incredibly humble throughout his career,” and has a few can’t-discuss things afoot but is generally quite excited about seeing where things take him.

“I absolutely love playing John B, but I think one thing as an actor and as an artist, you’re always trying to do different things,” he says. ”You get different sparks of creativity. It’s like in a band. Their first album comes out, and it does crazy well, and then it’s about, ‘How can we do something that’s a little more versatile or show our range?’” 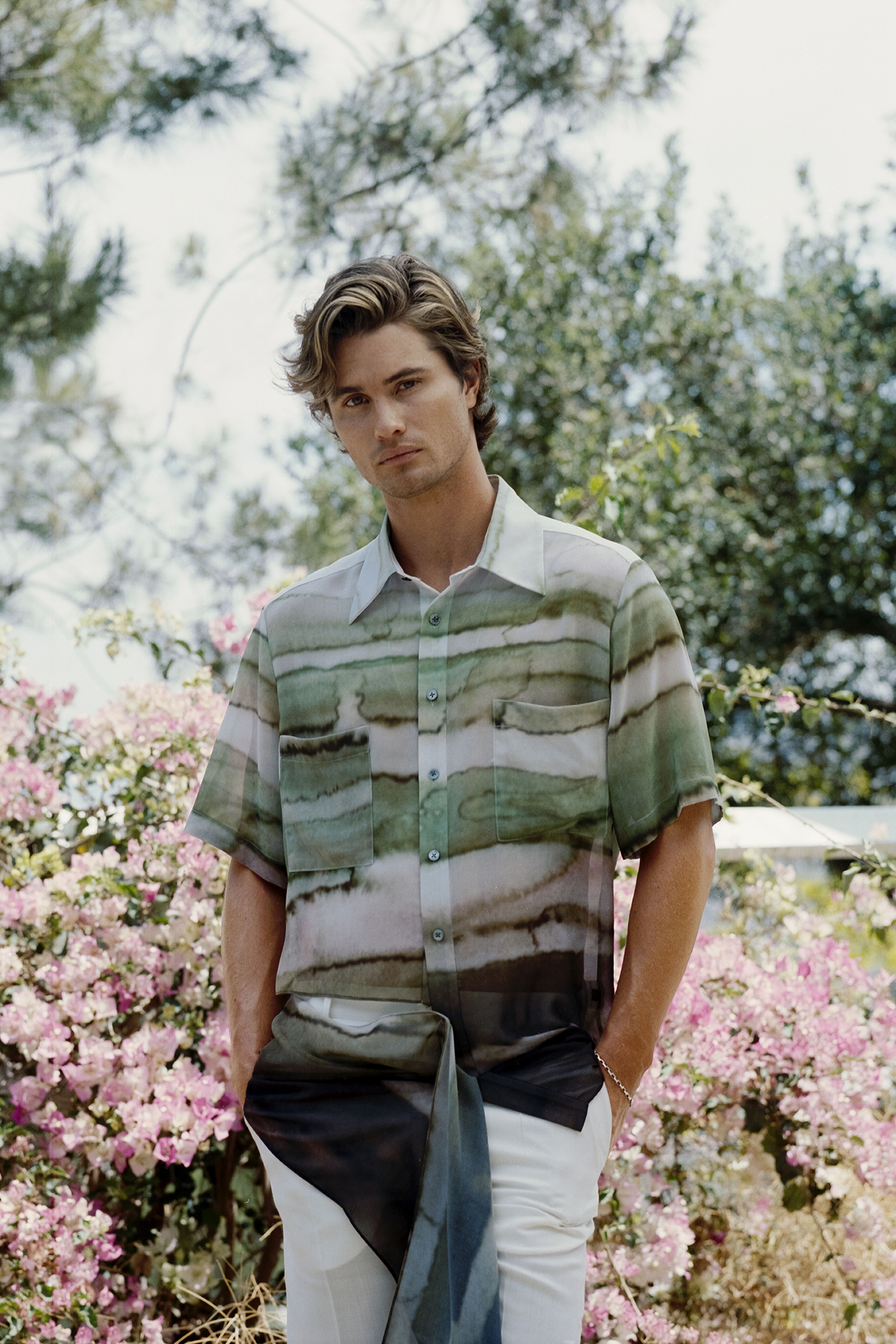 More from the Eye: