Home » Lifestyle » Britney Spears sons, Preston and Jayden, are all grown up in rare photo

Britney Spears slams family for being complicit in conservatorship

They’re all grown up.

Britney Spears’ sons made a splash on Instagram Wednesday when they appeared in rare photos shared by a good friend of their father, Kevin Federline.

Sean Preston, 16, and Jayden, 15, were all smiles as they posed with Eddie Morales, who referred to them as his “nephews” and expressed his thanks at being able to see them during a tough time.

“During times of grief knowing u have #family really feels worth living .. talk bout seeing my nephews when they were pods smaller then my hands now look at #life how beautiful gods work is … love you bro @federline4real,” Morales captioned the series of photos.

Morales, who is the CEO of Movision Entertainment, also shared a video of Jayden showing off his impressive piano-playing skills.

Preston and Jayden have stayed out of the spotlight despite their parents’ fame and seldom make appearances online.

Just two weeks ago, however, the “Toxic” singer posted a photo of her kids and provided fans with some insight into their private lives.

“My boys’ birthdays were last week,” she shared, “and unfortunately they are growing up and want to do their own things….I have to ask their permission to post them because they are extremely independent little men.” 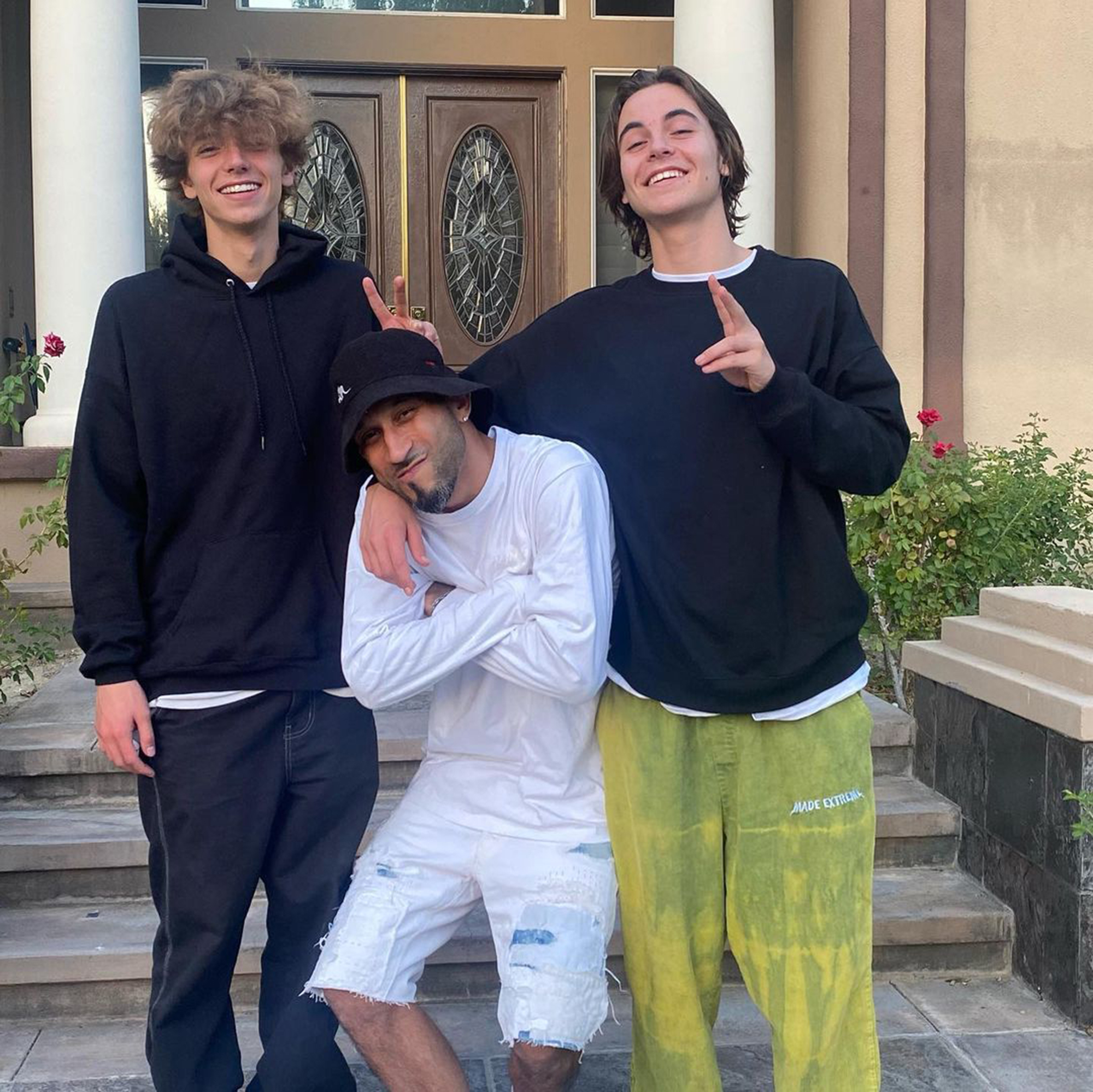 Spears admitted that she still can’t believe just how much her boys have become young men.

“It makes me crazy because they are so tall and geez they are still growing. They went to a dance last week and I cried for two days,” she revealed. “My babies in a suit!!! It’s crazy!!! And girls get ready cause my boys are so handsome!!!”

While Preston and Jayden spend time with Federline, the “Circus” singer has been focusing on getting out of her conservatorship entirely now that her father, Jamie Spears, has been suspended from controlling her estate.

Earlier this week, the Grammy winner slammed her family for being complicit in the conservatorship that put her in grueling conditions.

“If you’re like my family who says things like ‘sorry, you’re in a conservatorship’ … probably thinking you’re different [from you] so they can f–k with you !!!!” she wrote on Instagram.

Spears concluded her candid post by expressing appreciation for her attorney, Mathew Rosengart, “who has helped change my life 🌹!!!!”

The next hearing for the “Lucky” singer’s conservatorship will take place on Nov. 12.