Baker’s simple hack to ‘improve’ the taste of a McDonald’s Big Mac burger in seconds – so would you try it?

A young baker has sparked a debate on social media after he suggested a McDonald’s Big Mac burger tasted better without the top bun.

Jonathan Massaad, from Sydney, shared a video showing himself ditching the top bun with the toasted sesame seeds before flipping over the middle bun which contains the special Big Mac sauce.

By doing this method, you now have two beef patties, lettuce, cheese, onions, pickles and the signature sauce sandwiched between two buns rather than three.

‘Now your meat and sauce ratio is a lot better because the top bun has no sauce – and now this has all the sauce,’ the 22-year-old said. 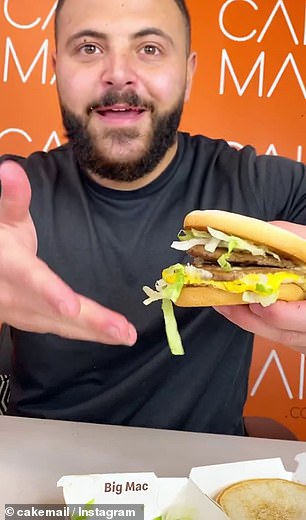 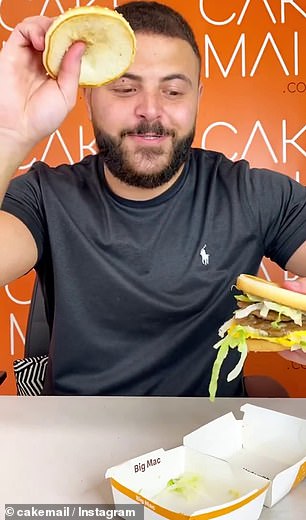 Young baker Jonathan Massaad (pictured), from Sydney, has sparked a debate on social media after he suggested a McDonald’s Big Mac burger tasted better without the top bun

‘The best Big Mac hack ever. Who has tried this before?!’

After sharing his tip, many asked why he would waste the top bun while others suggested he should have ordered extra sauce on the side.

‘Next time just order a Big Mac with extra sauce… it’s a game changer,’ one said, while another added: ‘Why are you wasting food?’

However, many diners confessed they have been doing this ‘hack’ for years.

‘That’s old school I’ve been doing it since I was a kid,’ one woman wrote.

Another said: ‘I thought I was the only one in the world who did this,’ while one added: ‘I’ve been doing this hack for years. Now I want a Big Mac.’

Others said they were keen to give it a go.

‘Oh my god, this is amazing how did I not know until now?’ one wrote.