The reality star who competed during Hannah Brown's season revealed his lymphedema diagnosis in 2018.

Cam Ayala made quite an impression when he appeared during Hannah Brown’s season of “The Bachelorette,” scoring the coveted “First Impression” rose before the show even began.

The reality star, who also enjoyed a stint on “Bachelor in Paradise,” has been sharing via his Instagram page the difficult decision to amputate his right leg as a result of his ongoing battle with lymphedema.

All The Bachelor and Bachelorette Couples Still Together in 2022

First diagnosed with the incurable disease in 2002, Ayala didn’t share this part of himself with the world until 2018, when he shared his story via a post on Instagram. This was two years after he’d nearly lost the same leg.

Lymphedema is a disorder where tissue swells due to fluid build-up that would normally be drained through the body’s lymphatic system. In Ayala’s case, this build led to an infection in his right knee in 2014, with the final determination after 13 surgical procedures being to amputate.

In that post, Ayala admitted to “crippling fear and anxiety” about losing his leg. His leg was saved in 2016, allaying those fears. Six years later, though, there were no other options and he seems to have come to terms with it.

Late last week, Ayala shared a video of himself putting on a full compression sleeve for the last time, writing, “My FINAL workout with my 2 God-given legs.” 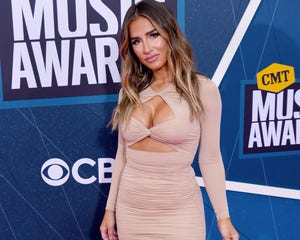 His next post came on Friday, and it showed him after the procedure, smiling with his leg bandaged and declaring himself a ‘CAMputee.’ There’s even short video footage of him using a walker to make his way down the hall of the Texas Medical Center, where he had the procedure done. He followed it up on Sunday with more pictures surrounded by loved ones and hospital personnel.

In his final post before the amputation, Ayala exuded optimism, calling the moment both an ending and a new beginning, “a new era… a new life… a re-birth.”

“I’ll get a new FIRST step… a new FIRST jog, run, and sprint,” he wrote in the caption to that post. “Another FIRST road trip driving with my left leg. And I can honestly say, a new FIRST love.”

He talked about his faith helping carry him through, as it’s also about new beginnings and “a redemption worth suffering for.”