A pregnant mum was stunned when a baby orangutan repeatedly kissed her baby bump through the glass at a zoo.

Naomi Davies, 34, from Gloucester, was visiting Twycross Zoo with her fiancé Ben Billingham, 40, when they stopped by the monkey enclosure.

To her amazement, a baby orangutan climbed on an adult monkey’s back and lunged for the glass to repeatedly kiss her pregnant stomach.

Support worker Ben started filming the special moment as Naomi, who was four months pregnant at the time, said she was incredibly moved by the sweet connection between the orangutan and her baby. 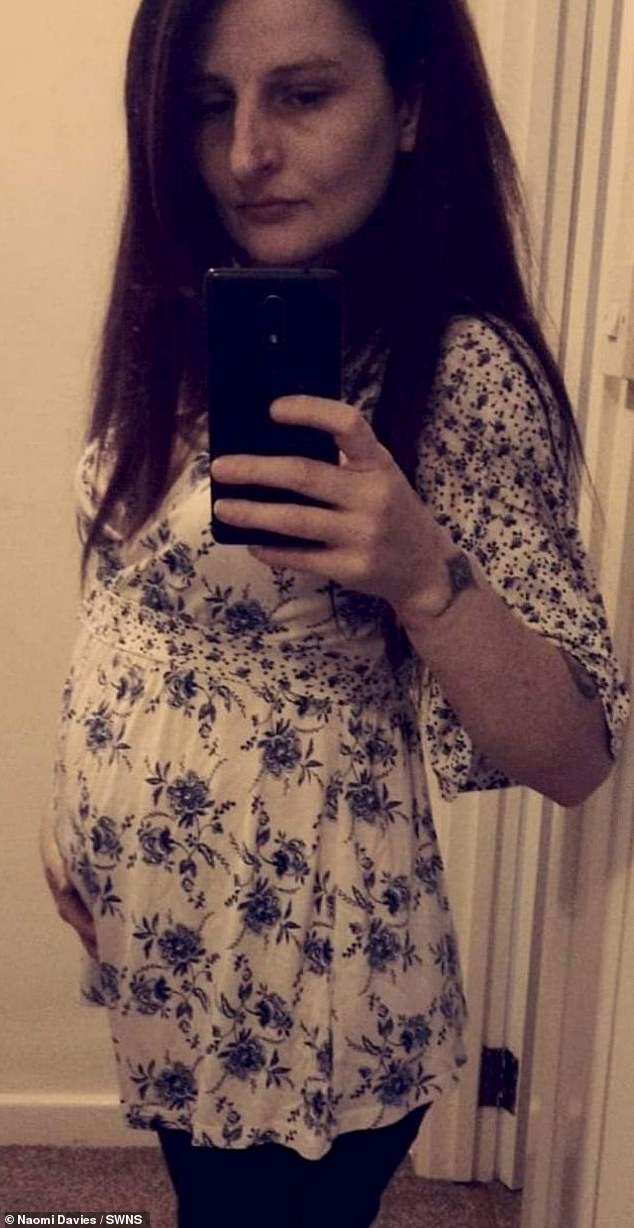 Nursing assistant Naomi Davies, 34, from Gloucester, showing off her baby bump during her pregnancy. She has now given birth to a daughter named Constance 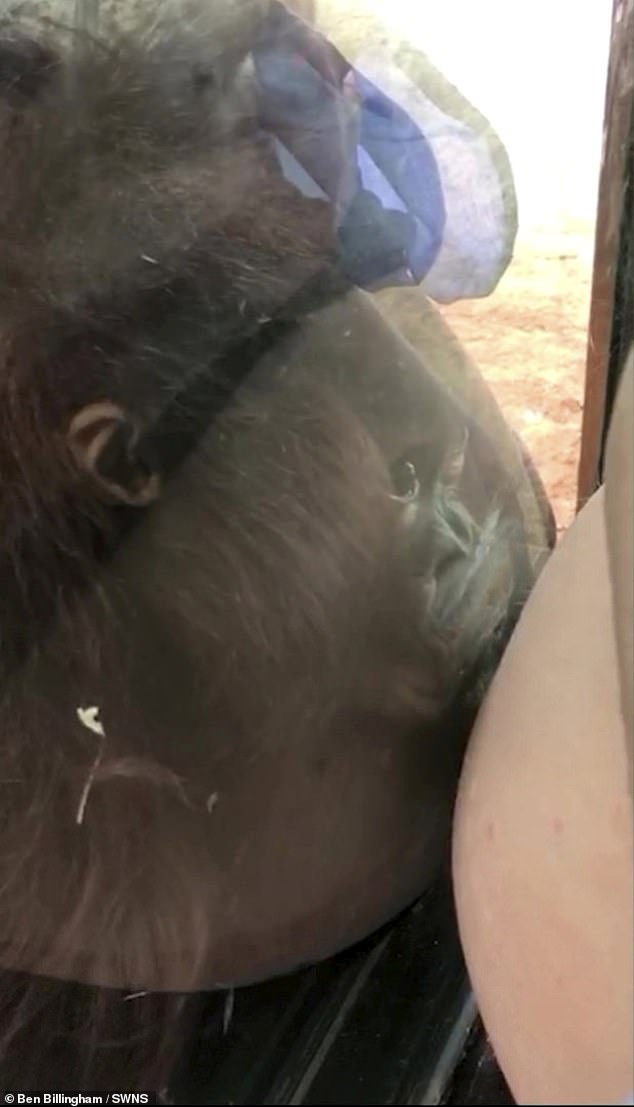 ‘It was really lovely!’ said the nursing assistant. ‘We’d been to that zoo once before and absolutely loved it, but this trip was actually the first time I’d seen an orangutan in a zoo.

‘The mum orangutan brought her baby over to the glass and they were watching us.

‘My partner Ben said to try showing her my baby bump as he’d seen interactions from orangutans before.

‘I was a bit overwhelmed as my bump was very small and with the glass in between, I wasn’t expecting them to be aware of the pregnancy but then the baby started kissing my bump. It was really lovely – I was quite emotional!’ 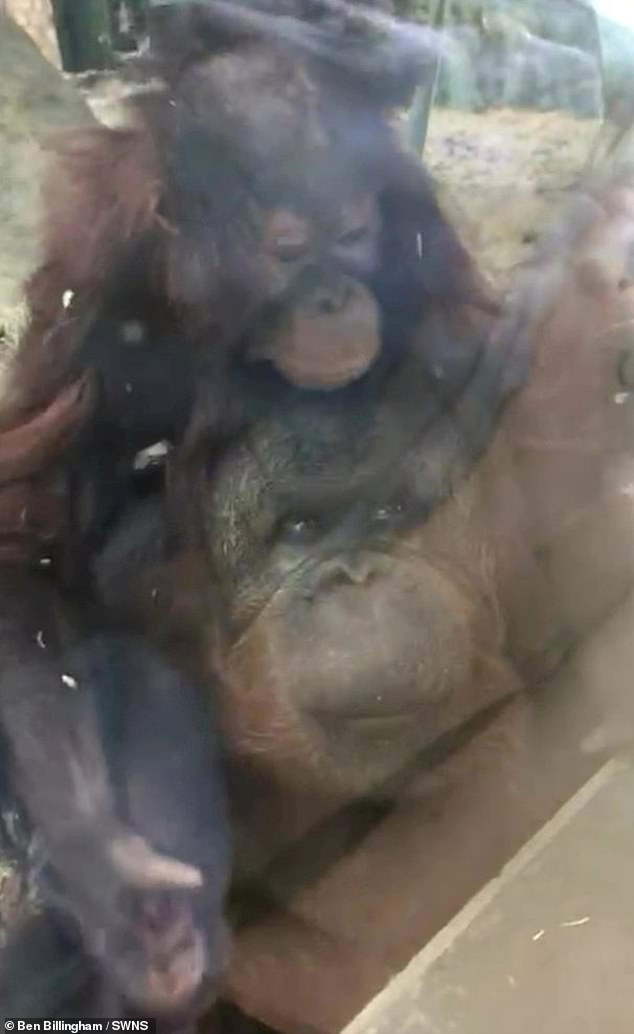 Mother and child: the mother of the baby orangutan who kissed Naomi’s baby bump carried her offspring across the enclosure as Naomi and Ben approached 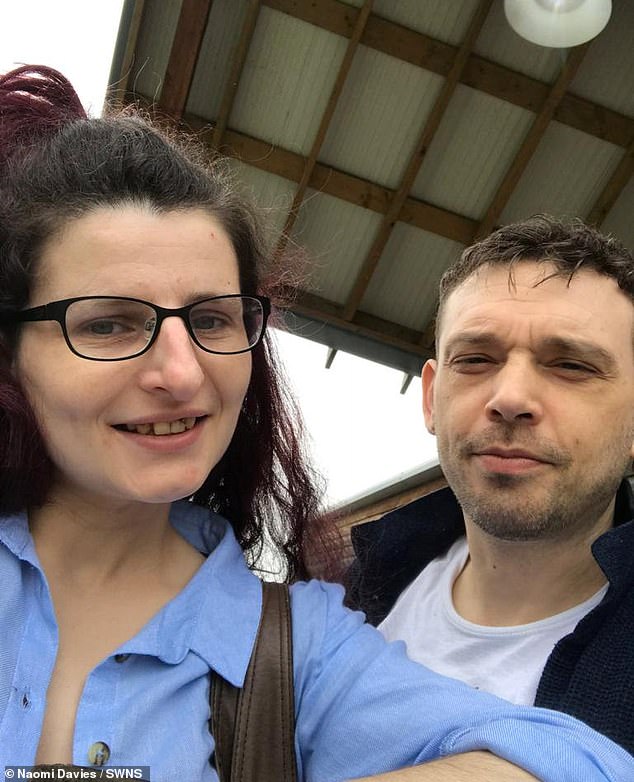 Mother-to-be Naomi and her partner Ben Billingham (pictured) were visiting Twycross Zoo when they decided to stop by the orangutans. Ben said he’d seen interactions from between the animals and pregnant women before

‘Seeing the mother and baby together both being interested in me made me realise the connection between a mother and child.’

Since the ‘lovely’ moment in June 2019, Naomi has given birth to daughter Constance and is loving being a mother.

She plans to take Constance back to Twycross Zoo in Little Orton, Leicestershire, soon so her little girl can properly meet the orangutan.

Naomi added: ‘We love the zoo anyway, but I want to see if they come over again and if they recognise Constance!’