The incident saw a happy ending when the fawn was freed from the grate it was stuck in. Images of the deer show that its back legs had fallen into the grate, leaving it immobilised and lying flat on the ground.

It took a team of officers and local officials to rescue the deer in North Olmsted, Ohio.

According to a Facebook post from the North Olmsted Police Department, the deer was first reported by the owner of a nearby restaurant.

He explained to them that it was “stuck in a sewer grate behind the business” and that it “wasn’t able to free itself”.

A crew of officers, as well as employees from the city’s Service Department, then headed to the scene where “they were able to work together to free the baby”. 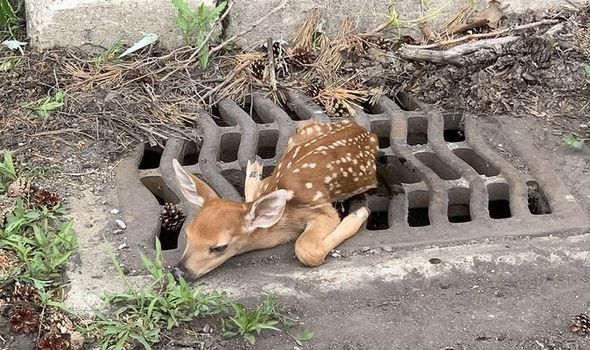 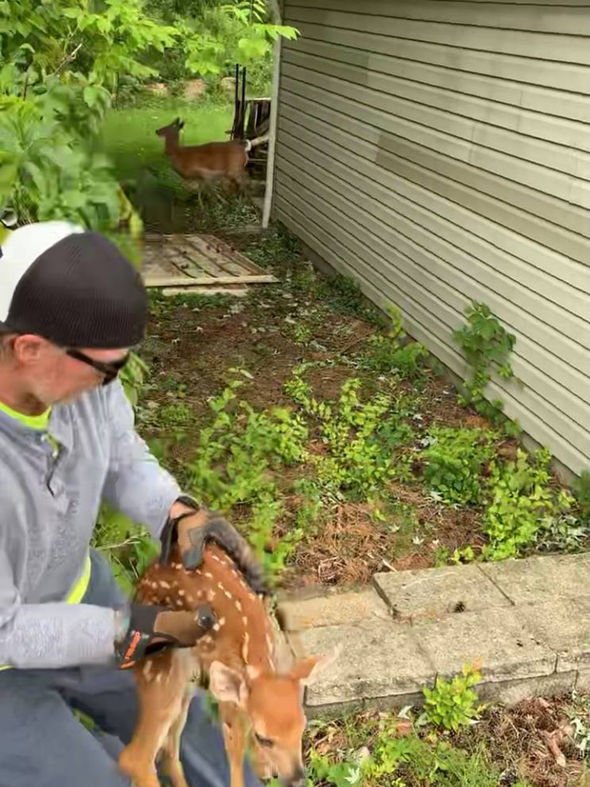 Images of the heartbreaking scene, which happened on Monday, were shared by authorities on Facebook, showing the fawn’s journey to freedom.

The deer appeared to be quite small, with one commenter even suggesting that it looked “really weak”.

The post’s caption explained that the fawn’s mother eagerly watched as officials attempted to rescue her baby, with her eventually being “extremely thankful to be reunited with her young one”.

The post quickly went viral, with hundreds of people sharing their happiness over the positive outcome. 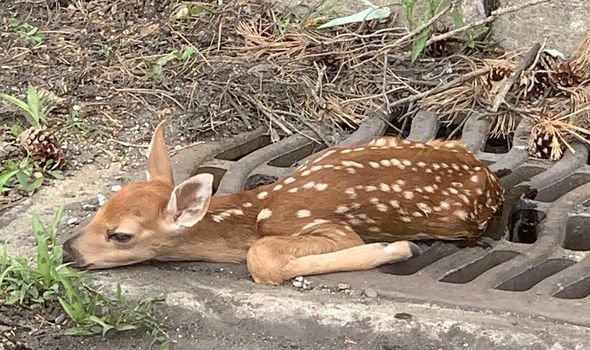 A second added: “Those officers had to feel so good! Especially knowing the baby had a Mama awaiting to nurse her! She looked really weak!”

Another said: “Heroes yet again! Thank you NOPD for all that you do in so many different ways. So glad to know you’re all out there behind the scenes helping those in need. Truly protecting and serving!”