The nation's leading arts and cultural institutions are calling for patrons to convert any tickets they hold into donations instead of asking for refunds, as the sector grapples with how to survive the coronavirus-induced shutdown.

Opera Australia chief executive Rory Jeffes said with more than half of his organisation's revenue coming from ticket sales, the present crisis facing the industry was a perfect time for supporters to step up.

"Please reconsider your refund requests and instead, where possible, either exchange your ticket to a performance later in the year, [or] convert it to a gift voucher or a donation to the company," Mr Jeffes said. 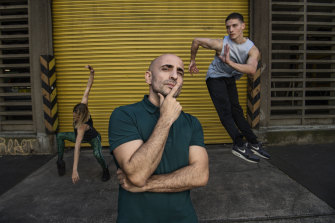 Sydney Dance Company is moving its classes online in a bid to retain a revenue stream.Credit:Louise Kennerley

The response has been encouraging so far, a spokeswoman said, with box office staff fielding calls from "incredibly sympathetic" patrons who hope their donations "soften the blow".

Sydney Dance Company executive director Anne Dunn said so far 27 per cent of their ticketholders have converted passes to cancelled shows into donations, with a further 28 per cent choosing a voucher for a future performance when the dancers return to the stage.

"I'm eternally grateful that those who are able to donate choose to at this time," Ms Dunn said.

The company is also inventing creative ways of keeping money flowing in and will launch online dance classes on Wednesday.

"People [stuck] inside will need exercise and dance is great for physical and mental health," she said. "We not only want to find some entrepreneurial revenue streams for our company, we also believe there's a real need for people to continue to participate."

"We sincerely thank those who have so generously donated their tickets back to MTC following the cancellations of Torch the Place and Emerald City performances and urge any ticketholders yet to decide what to do to consider making this tax-deductible donation," she said.

"Generosity of this kind is the lifeblood of our community and will help the company get through this very difficult time."

The Sydney Theatre Company, which has cancelled four productions due to coronavirus restrictions, said 28 per cent of patrons had already donated the price of their tickets, a gesture executive director Patrick McIntyre said made him "incredibly grateful". 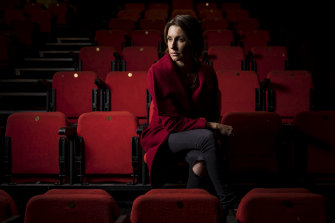 Red Stitch Theatre’s Ella Caldwell is hoping people donate the value of their cancelled tickets to help the arts industry during the shutdown period.Credit:Chris Hopkins

Ella Caldwell, the co-founder of St Kilda's Red Stitch theatre, said the money will help arts organisations not just survive but perhaps even innovate during the unprecedented shutdowns. Some theatres, for example, are investigating whether it's feasible to stream performances online.

"The work may be suspended [right now], but we're going, OK, what does this mean for the existing works and the work we want to make?" Ms Caldwell said. "It'll still happen, it'll just happen in other ways.

"To weather this, it'll take the investment of the community. The arts will be even more important as we travel into uncharted territory together."

"It really helps us because at the moment our income stream has dried up, and having to refund tickets is a double whammy," Ms Christie said.

Omega Ensemble, which performs in Sydney and Melbourne, is aiming to "fill a virtual concert hall" with tickets converted into donations rather than refunds.

Visual artists are also rallying after the closure of galleries. Isaebella Doherty, an artist from Castlemaine in central Victoria, thought about selling some of her prints online after her freelance photography work dried up.

The idea developed into Cream Town, a website selling prints from artists all over the country whose incomes have been affected by coronavirus shutdowns. The online marketplace launched on Thursday and has so far sold around $3600 worth of art.

"Having that residual income will hopefully be really helpful for people over this time," Ms Doherty said. "It's all very streamlined. Everyone's out there trying to get onto Centrelink or find other ways to make income, so all they have to do is send us their prints and we take care of everything."

On Sunday the federal government announced its second stimulus package with measures including temporarily doubling welfare payments for the unemployed and allowing people early access to their superannuation.

But federal Opposition Leader Anthony Albanese made a plea for a targeted stimulus package for the arts industry, which he said needed "direct support".

"It's about culture and experience and community and belonging, and we will need that more than ever as we come out of this process."