Alex Trebek died "peacefully at home early this morning, surrounded by family and friends," Jeopardy! shared on Twitter. See how stars are paying respect to the beloved host. 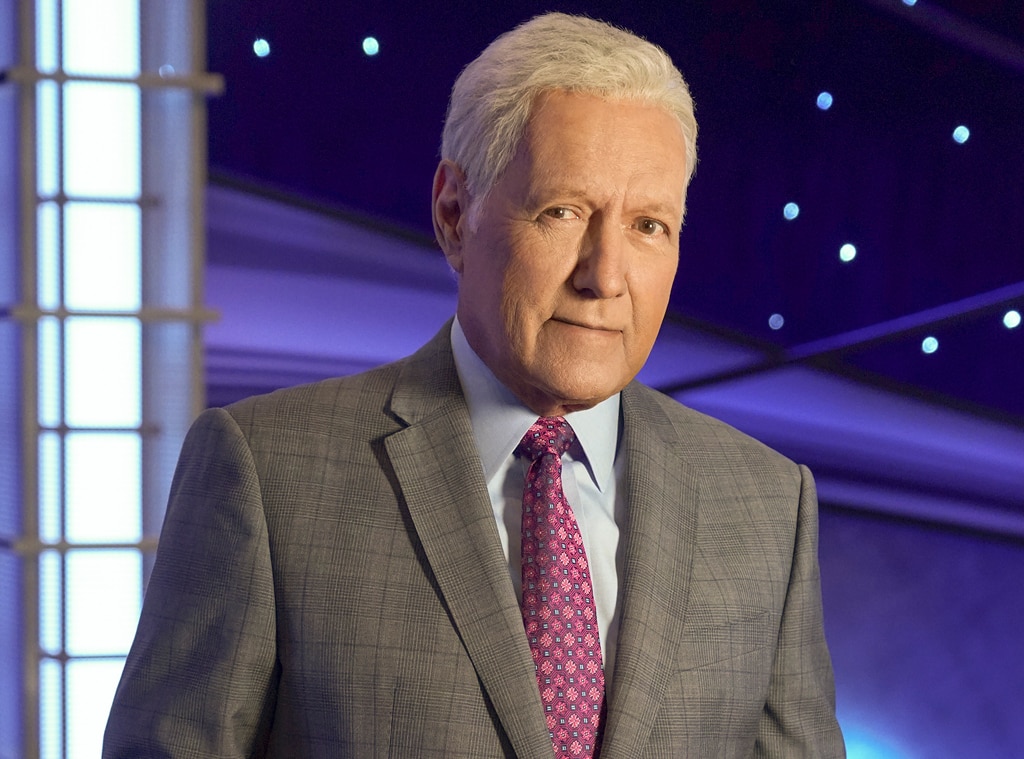 The world is mourning the loss of a legend.

Jeopardy!'s Alex Trebek has died at the age of 80 on Sunday, Nov. 8. "Jeopardy! is saddened to share that Alex Trebek passed away peacefully at home early this morning, surrounded by family and friends," the long-running game show wrote on Twitter. "Thank you, Alex."

At this time, no further details have been shared with the public.

In March 2019, the beloved television host announced he had been diagnosed with stage 4 pancreatic cancer. A year later, the star opened up about his cancer battle with Jeopardy! viewers.

"Now I'd be lying if I said the journey had been an easy one. There were some good days, but a lot of not-so-good days," he explained in March 2020. "I joked with friends that the cancer won't kill me, the chemo treatments will. There were moments of great pain, days when certain bodily functions no longer functioned, and sudden, massive attacks of great depression that made me wonder if it really was worth fighting on."

In closing, he said, "And you know something? If I—no—if we—because so many of us are involved in this same situation—if we take it just one day at a time, with a positive attitude, anything is possible. I'll keep you posted."

In a statement shared with E! News, Jeopardy! is not announcing plans for a new host at this time. The show also confirmed, "episodes hosted by Alex will air through Dec. 25."

Rapper and Influencer Brax Dead at 21

Following the news of the television personality's death, many have taken to social media to express their heartache, including Jeopardy! greats.

James Holzhauer, who had a 32-game winning streak on Jeopardy! in 2019, posted a heartwarming tribute on Twitter.

"It was one of the great privileges of my life to spend time with this courageous man while he fought the battle of his life. You will never be replaced in our hearts, Alex," he shared. "Alex was so much more than a host. He was an impartial arbiter of truth and facts in a world that needs exactly that. He was someone you could count on to entertain you every weekday, even when his health barely allowed it. And he was an underrated rapper."

Brad Rutter, who is the highest-earning contestant on the long-running game show, wrote, "Just gutted. There will never be another. RIP, Alex, and thank you so much for everything."

Ken Jennings, who holds the record for the longest winning streak on Jeopardy!, said, "Alex wasn't just the best ever at what he did. He was also a lovely and deeply decent man, and I'm grateful for every minute I got to spend with him." He added, "Thinking today about his family and his Jeopardy! family—which, in a way, included millions of us."

Along with Jeopardy! winners, celebrities are mourning the loss of an icon.

John Legend honored the star with a heartwarming message. "I was obsessed with Jeopardy as a nerdy kid growing up in Ohio," the singer's Twitter post read. "I've loved and revered Alex Trebek since I can remember. What an iconic career. RIP Alex Trebek."

Ryan Reynolds expressed on Twitter, "Alex Trebek was kind enough to film a cameo for our film Free Guy last year despite his battle. He was gracious and funny. In addition to being curious, stalwart, generous, reassuring and of course, Canadian. We love you, Alex. And always will."

Ryan Seacrest wrote, "Alex Trebek was like a family member who I watched every night. I remember going to the set to watch him tape a show before I started my TV career. He was a big influence and one of a kind. Rest In Peace, Alex."

Jimmy Kimmel captioned his post, "Couldn't we have one nice weekend? A kind gentleman whose excellence was so consistent, it was easy to take for granted. Rest well, Mr. Trebek."

Seth Meyers summed it up best, "RIP to a great giver of joy and knowledge."

Chris Harrison shared on Twitter, "We lost a hosting legend today and a real gentleman Alex Trebek. My thoughts and prayers go out to his family and his Jeopardy family."

Maria Shriver added, "My heart breaks for the Trebek family upon hearing this heartbreaking news. Alex Trebek was a legend. There was no one like him. Kind, elegant, talented, good. Heaven just became brighter and we here on earth mourn him."