8.30am Wakes up "I definitely have an alarm clock – I would sleep all day without it. That’s probably late for some people but it feels early for me." First up, coffee. "I don’t often eat in the morning, just out of habit, which is terrible," he says with a laugh.

9.30am En route to work The tram gets him to the Australian Ballet Centre (behind the Arts Centre) by 10am. He picks up another coffee straight away, then gets changed and heads to the studio. Killian started performing with the Australian Ballet in 2000, becoming a principal dancer in 2011, which makes him the Roger Federer of the company. Most dancers can only dream of such longevity in a career that is notoriously taxing on the body. 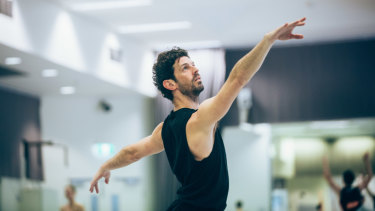 Andrew Killian during morning class at the Australian Ballet.Credit:Kate Longley

10.30am-11.45 Morning class Taught by Steven Heathcote, known as the ballet master, the class is part of the routine for the 77 dancers in the company, six days a week. "It’s like their morning coffee – and they have that too," says Heathcote, who performed with the Australian Ballet for 24 years, 20 as a principal.

Two morning classes run simultaneously.While the teacher and the music varies, the workout in each is similar. The room is half full when we arrive, many having a chat while stretching and warming up. To one side, someone is doing the moonwalk, nearby another is kicking ballet shoes like a footy. 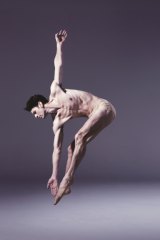 Mirrors line the wall at either end of the studio and the entire room is lined by barres.

Heathcote explains the move to be performed; the pianist plays tunes including Puttin’ on the Ritz, a Chopin waltz and My Guy. That live music is critical for Killian: "The piano makes it after all these years."

With the music, the random assortment of bodies is transformed into a glorious moving mass. Each of the dancers is in their own world, some checking moves in the mirror, others gazing ahead.

During a lull in the music, all I can hear is the swooshing of ballet shoes on the floor with each foot movement. It’s very focused, almost meditative.

The workout stops momentarily while Heathcote performs the next movement. Occasionally, he flaps his hands to mirror what the feet need to do. "Some people are more visual," says Killian, "I’m a bit like that, I need to see it."

People strip down as the class progresses, many are breathing quickly now. It seems effortless on stage but up close it’s apparent just how hard they’re working. 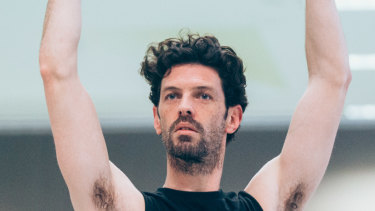 Killian and the other dancers make what they do seem effortless.Credit:Kate Longley

"Most of what we do with our arms leaves a fluid liquid trail, try not to cut it short," says Heathcote. "Keep your arms nice and round."

When all the dancers are required to jump in unison, the room shakes; the height to which they jump is incredible. I can’t help but wonder about how such intensive work impacts on their poor feet.

At the end of the class, the dancers applaud the pianist and are out the door.

11.45-12pm Morning tea Time for a quick break at the dancers' cafe on site. Killian opts for a piece of banana bread. I hear about the company's trip to Hermannsberg in the Northern Territory earlier this year, where most of the population is Indigenous. Many kids had never seen a ballet.

After the visit, local teachers sent a video, showing the students dancing in tutus found at the op shop; the kids had been practicing every lunchtime. Everyone cried watching it.

12-2pm Principal calls Playing the rabbit and the caterpillar in Alice in Wonderland and the magician in The Nutcracker, Killian practices his solos.

Although not staged until later this year, Nutcracker rehearsals are under way because repetiteur Mark Kay is available now. (The name, for the teacher of the dance steps, comes from the French verb to repeat.)

About six weeks is allowed for rehearsals for a new show, four weeks for smaller productions.

Junior dancers perform every night, whereas the principals have a few off. Lead dancers can now take their children on tour, as some did to Sydney. 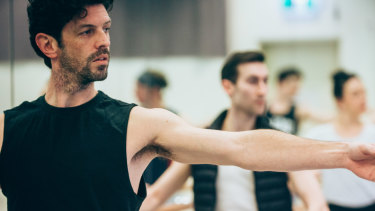 ‘My body has been good to me,’ says Killian, left, who has performed as a principal for 20 years.Credit:Kate Longley

The dancers gaze into the middle distance while performing. Killian later tells me there’s a red light in the centre aisle of every theatre that helps them locate the front.

2pm Wardrobe fitting We take a quick tour of the wardrobe department, a wonderland of fabric, ribbon, paint, and racks and racks of costumes.

Killian tries on the outfit for his Nutcracker role. He has played the part before, so his measurements shouldn’t have changed – apparently they haven’t in almost 20 years. "Once I stop dancing that will change, no doubt," he quips.

The gorgeous, colourful coat he tries on is heavy, made from English velvet. On the floor is a box of rat’s heads for The Nutcracker; each weights about two kilograms. For his rabbit costume in Alice, he wear ears made from hair and his face is painted white. "It’s rare not to have something on your head," he says. "When you come off your head is steaming."

2.30-3.45 Lunch Killian has a chicken sandwich from the deli with a fruit salad. 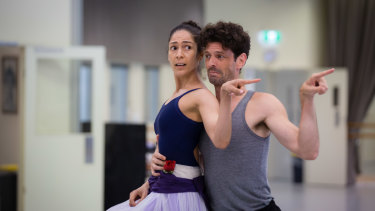 Robyn Hendricks and Killian in rehearsals for ‘Alice in Wonderland’.Credit:Kate Longley

3.45–6.30 Rehearsals for Alice in Wonderland Leading the rehearsal is ballet mistress Elizabeth Toohey, at her side is artistic director David McAllister, who recently announced that he will retire at the end of 2020. He’s in the studio a lot, says Killian, who danced with McAllister in his first year at the company.

The scene is the croquet match and adding a degree of difficulty to performances is the puppets. The women hold puppet flamingoes and practise plumping, preening and pecking at the ground – and other characters on occasion.

Each of the groups go through their moves, working out who needs to be where, while Robyn Hendricks as Alice and Killian as the rabbit work on their routines.

Toohey claps twice to thank the pianist and get him to stop. "Oh good, the hedgehogs are here."

4pm Full cast rehearsal The room starts filling with younger students, who have come from the Australian Ballet School.

"They’re much more Moulin Rouge, slinky moves – the next moves are much more precise and brisk," she says, to the flamingoes again."It makes such an impact, this little cluster of pink. Be aware of that my darlings."

6.30pm Workday done The cold tub on-site beckons many at the end of the day but right now, Killian just wants to get home and cook a big bowl of pasta.

Alice's Adventures in Wonderland is at Arts Centre Melbourne, June 8-22.