Prince Harry isn’t exactly your typical member of the British royal family. Sure, he’s settled down since his roaring twenties and got married to Meghan Markle—but he’s always been a bad boy at heart. Like, have you forgotten about the time he drank alcohol out of a prosthetic leg? Or the time he got naked in Vegas? Or the time he allegedly partied till 3 a.m. the night before his brother’s wedding? Or the many times he wandered around shirtless? Scroll through to get reacquainted with his most unforgettable bad-boy moments, and please have a fan at the ready. 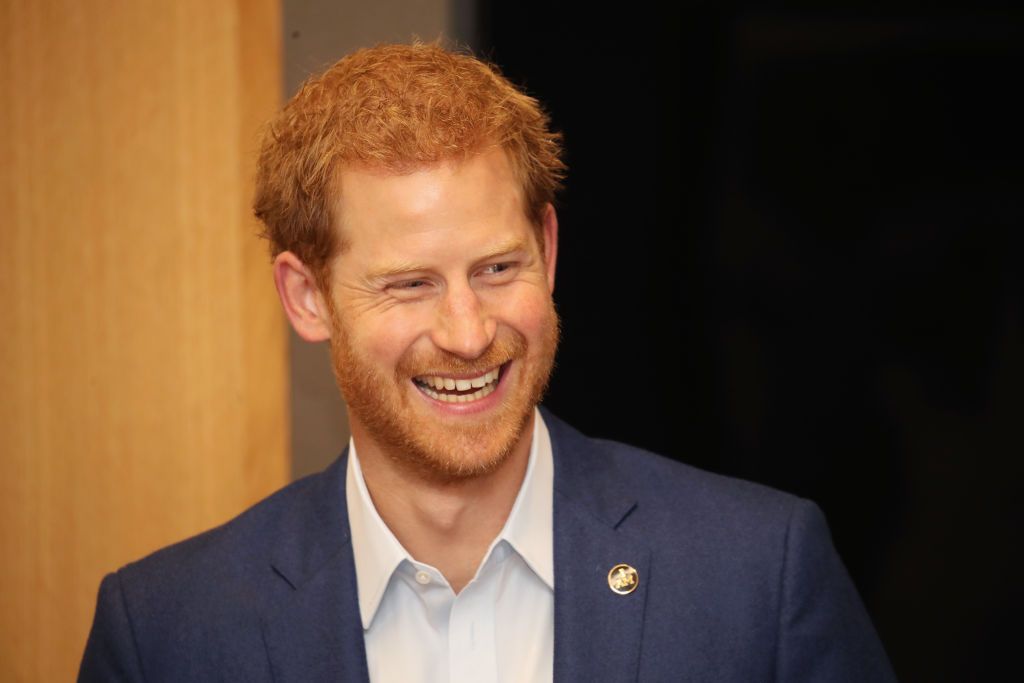 Poor Prince Harry mistakenly thought that what happens in Vegas stays in Vegas, which is generally true unless you’re a naked member of the royal family. The Prince found this out the hard way after playing a game of strip billiards. Naturally he was photographed, and even more naturally the photos made their way to TMZ. Per a partygoer, “There was a pool table and he was playing air guitar with pool sticks. He was screaming out, ‘Somebody get me a glove! I’m going to do a Michael Jackson impression!'” 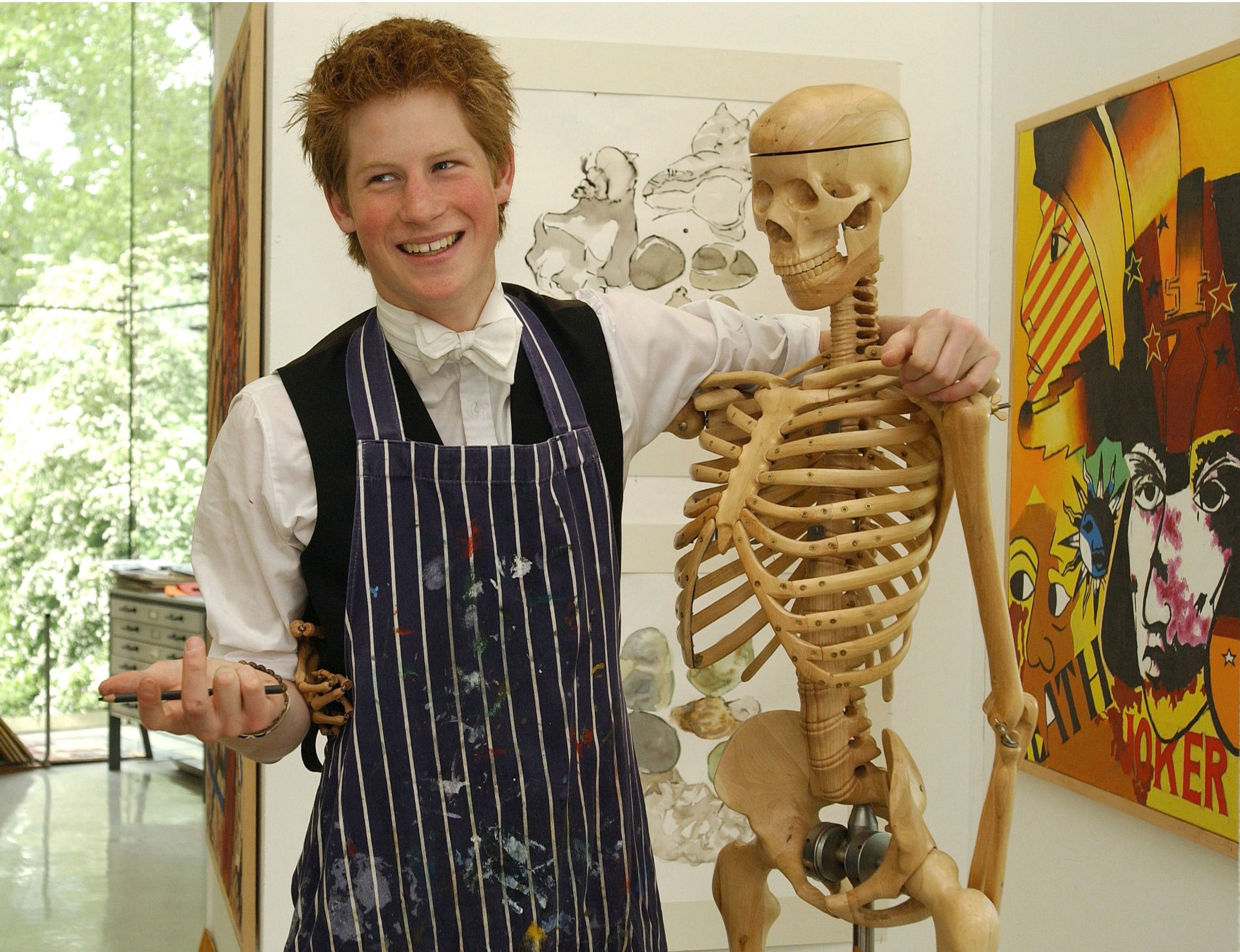 Harry’s bad boi days extend back to Eton, where a teacher reportedly helped him cheat by writing his art paper. It was a whole thing and supposedly even involved a dramatic hearing. Keep living life like a John Hughes movie, Harry! 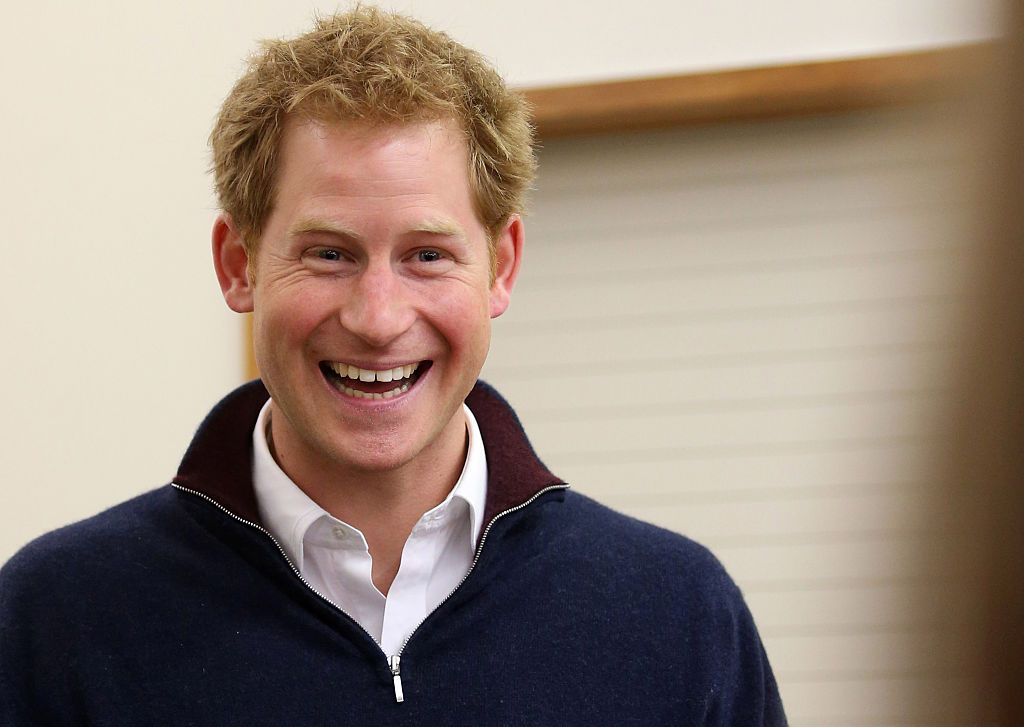 Go ahead and get reacquainted with the time Prince Harry got drunk, danced, and fell into a pool. We’ve never loved him more, tbh. 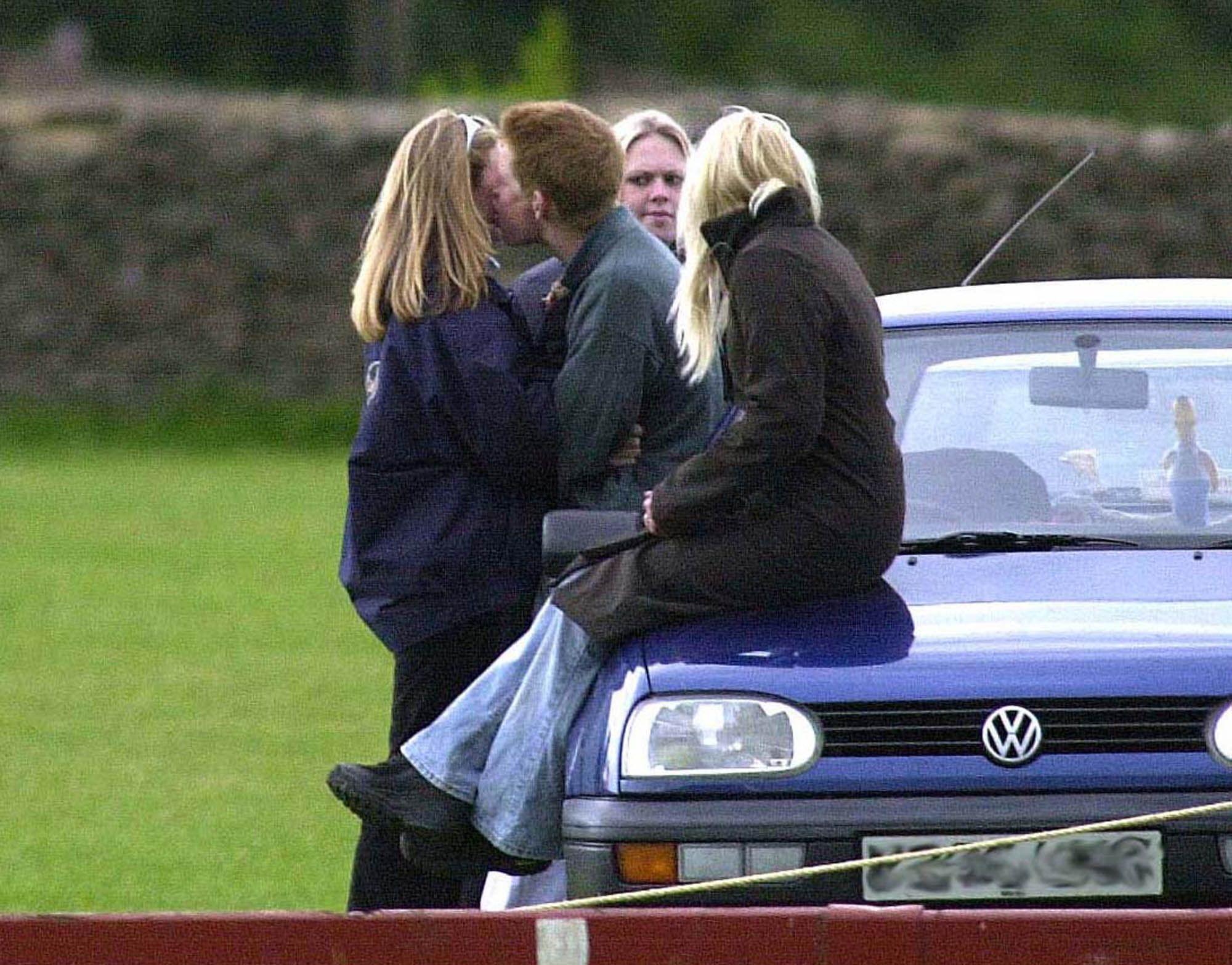 No bigs, it’s just Harry and some unidentified female friends chilling on an old VW in 2001, partaking in a casual make out session, as ya do. Honestly, we have no idea what is happening here, but all of it is amazing and can we PLEASE discuss the side-eye that girl in the background is throwing. 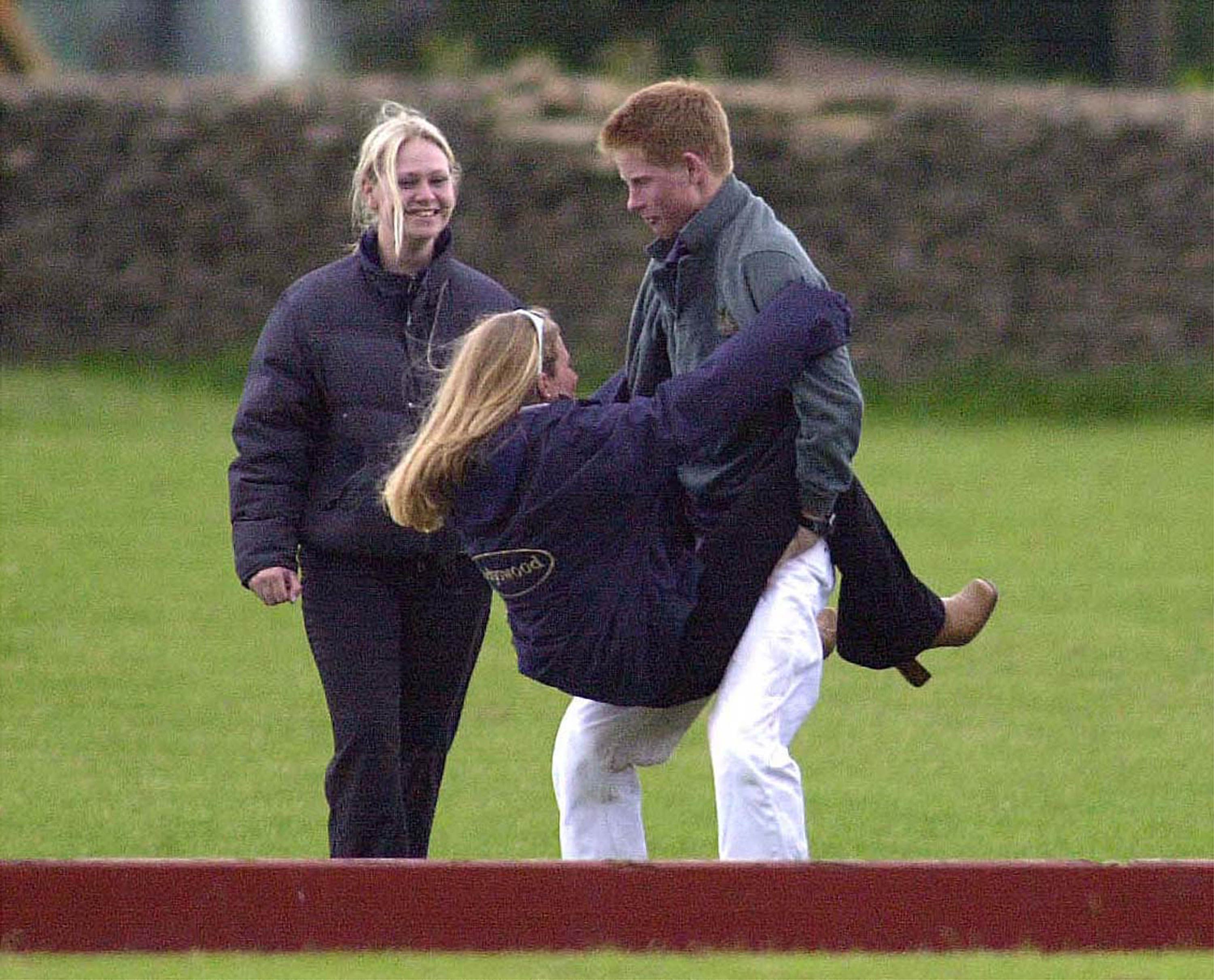 Don’t worry, there was also this straddling moment. Which is somehow not Prince Harry’s finest hour, but also manages to be the best thing ever? 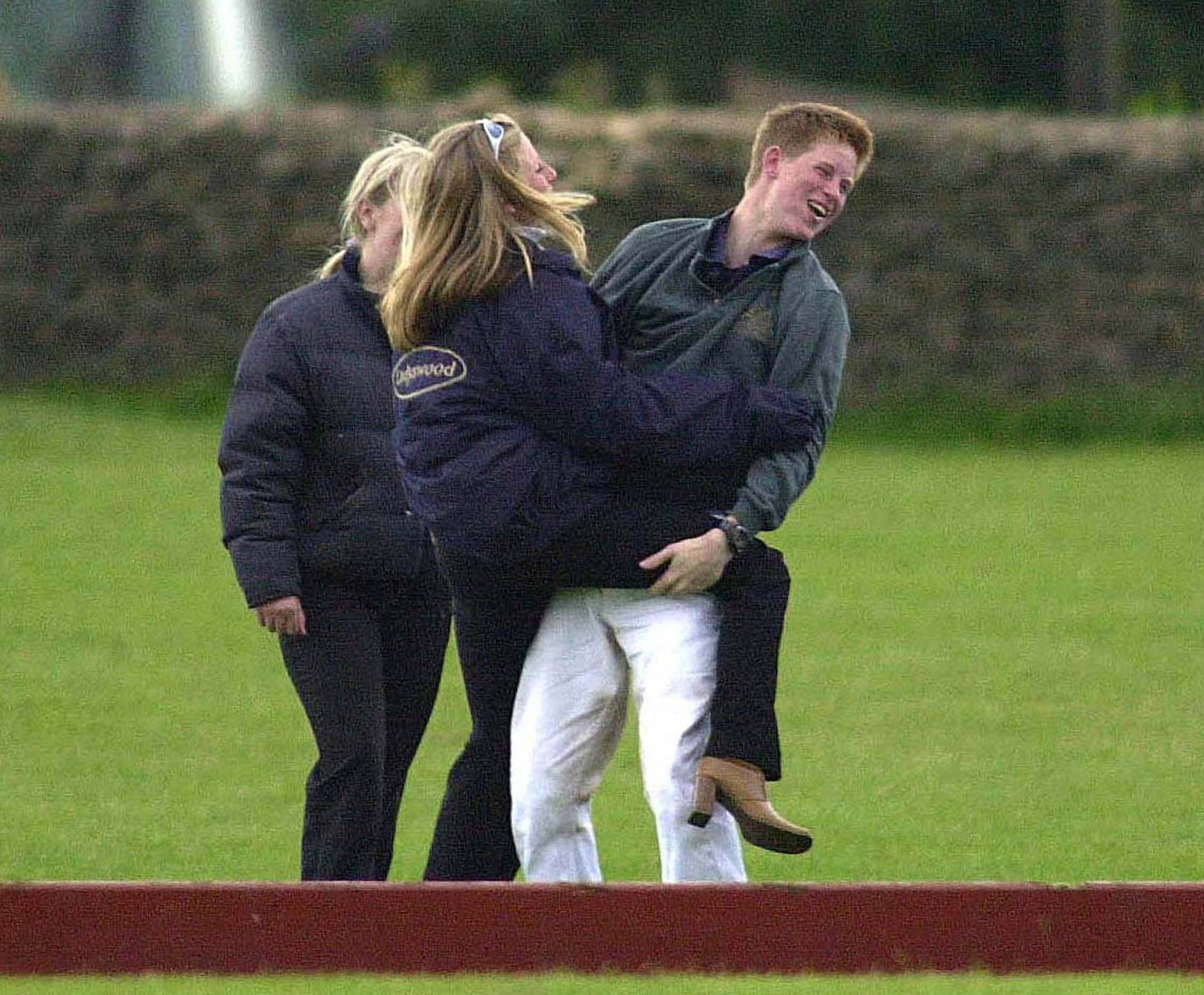 If you thought this awkward and amazing photo series of Prince Harry romping around a polo field was over, you are incorrect. Here’s one last picture of Harry’s bad self to bless your life. 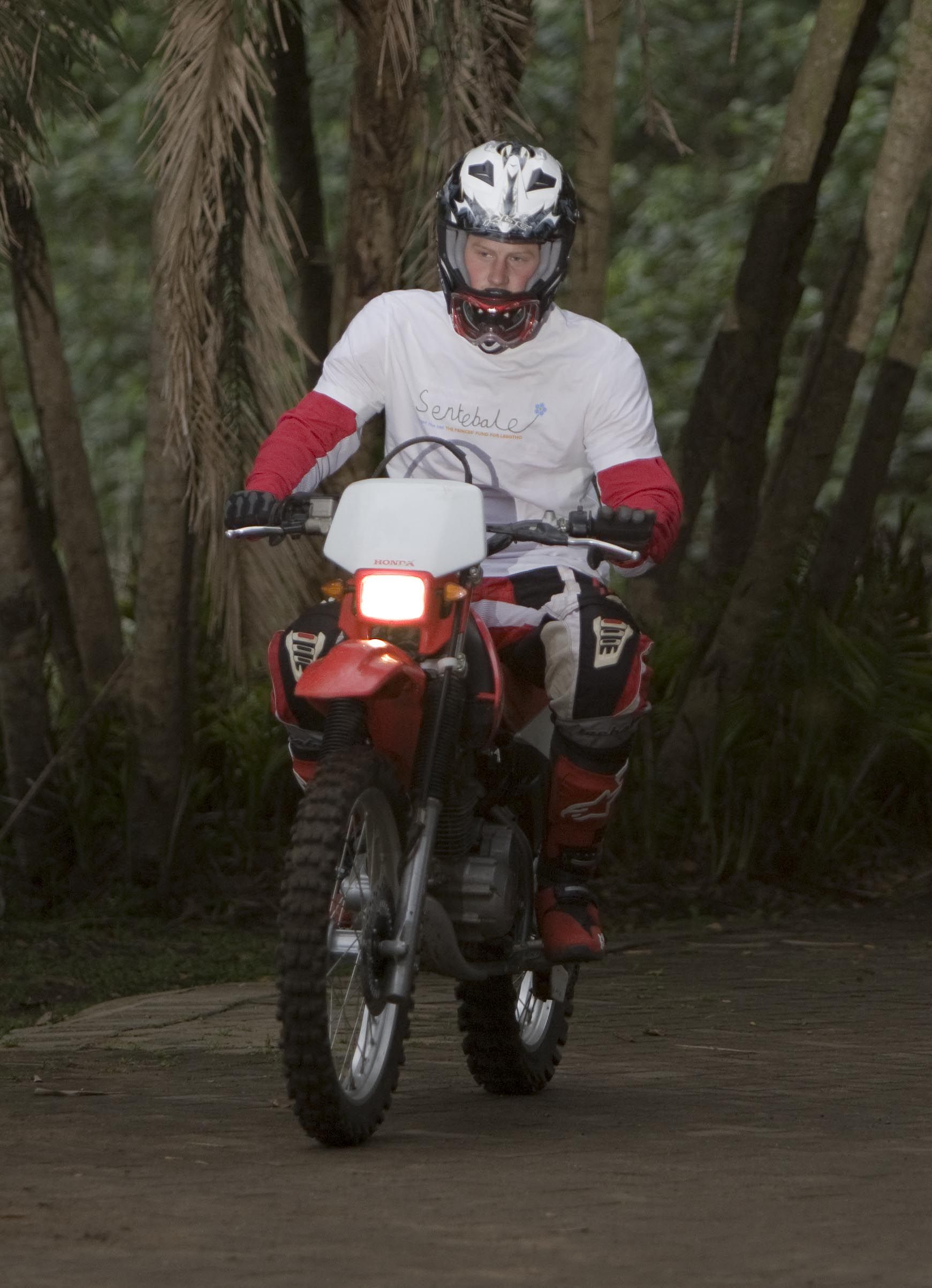 Please enjoy this photo of Harry on a motorcycle in South Africa circa 2008, like some sort of brooding Hells Angels member instead of, ya know, an extremely posh royal Prince. 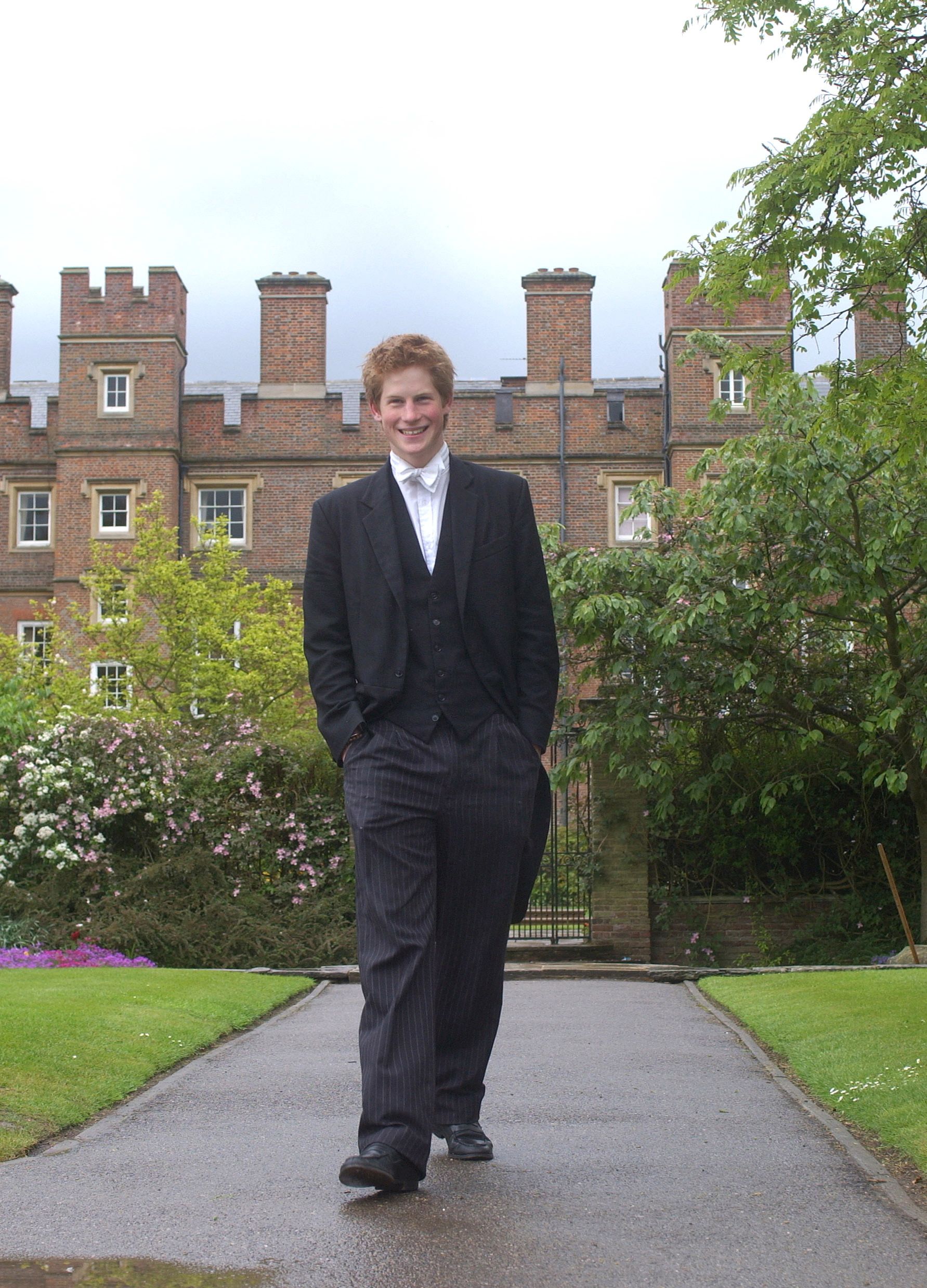 The story goes that Prince Charles reportedly made Harry visit Featherstone Lodge Rehabilitation Centre in Peckham for just ONE SINGLE DAY in order deal with the fact that he was getting slightly too turnt. St James’s Palace wasn’t exactly forthcoming about the issue, saying, “This is a serious matter which was resolved within the family, and is now in the past and closed.” 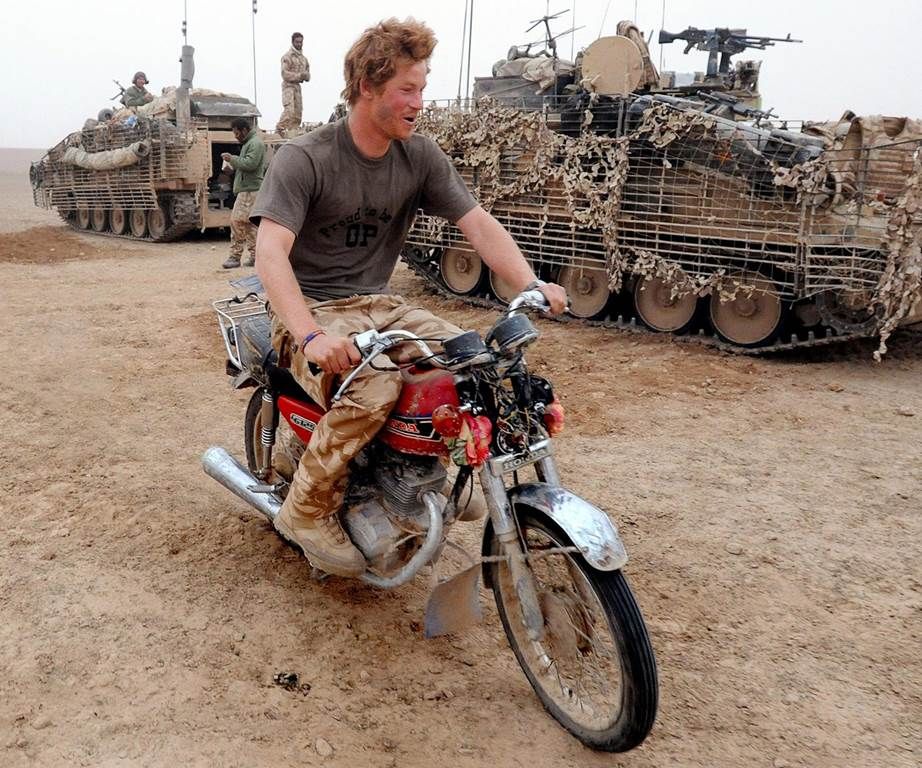 Can we talk about how good Harry looks covered in a layer of dirt? This gem of a photo is from the Prince’s time in Afghanistan, and we can probably all agree that Dirty Prince Harry = The Best Prince Harry. 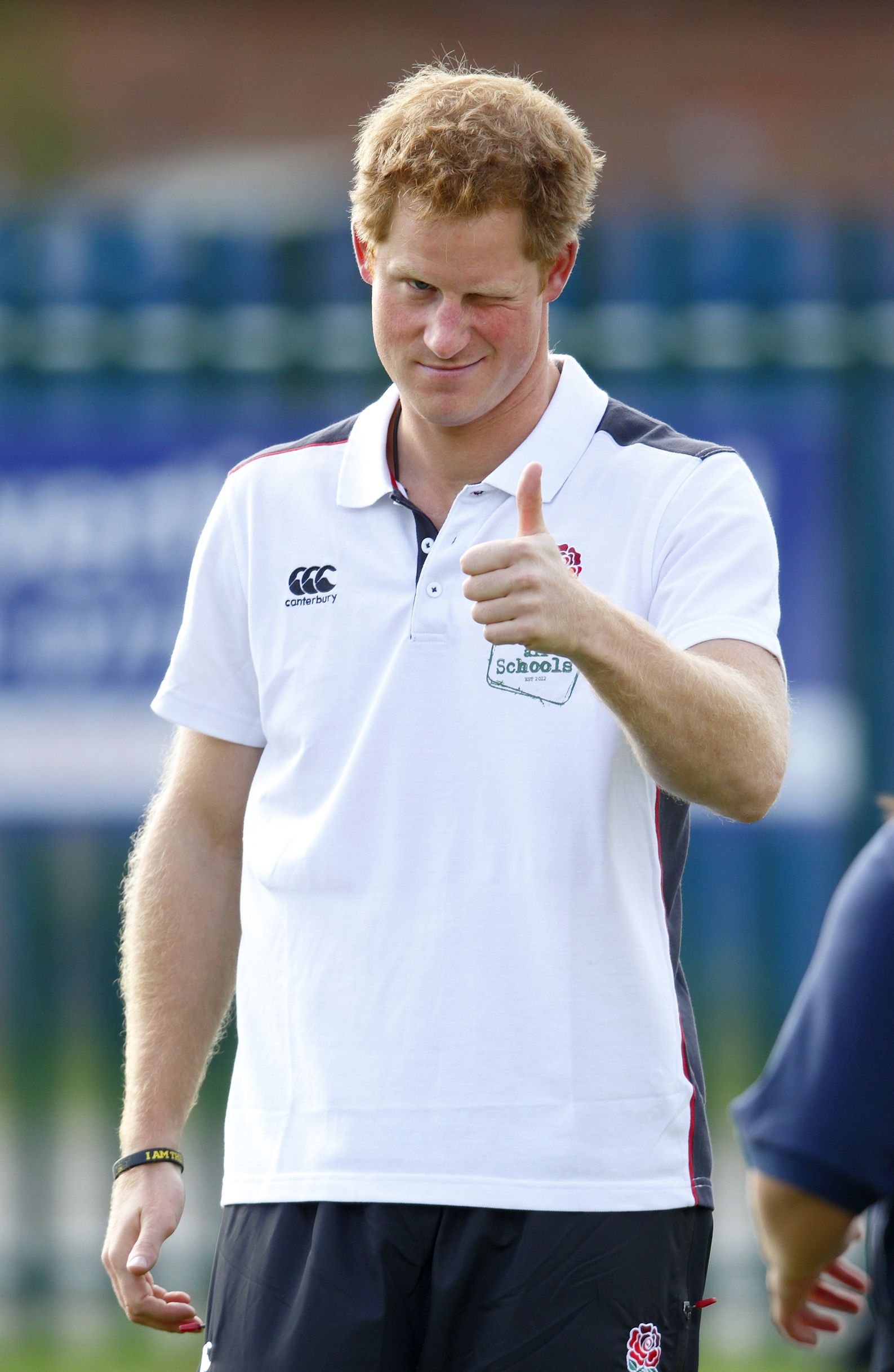 At ye olde age of 25, Prince Harry reportedly used some of the money he inherited from Princess Diana’s estate to buy himself a Ducati Superbike, which retails for £11,500. Picture this: Prince Harry, on a motorcycle, preferably wearing leather. You’re welcome for the mental image. 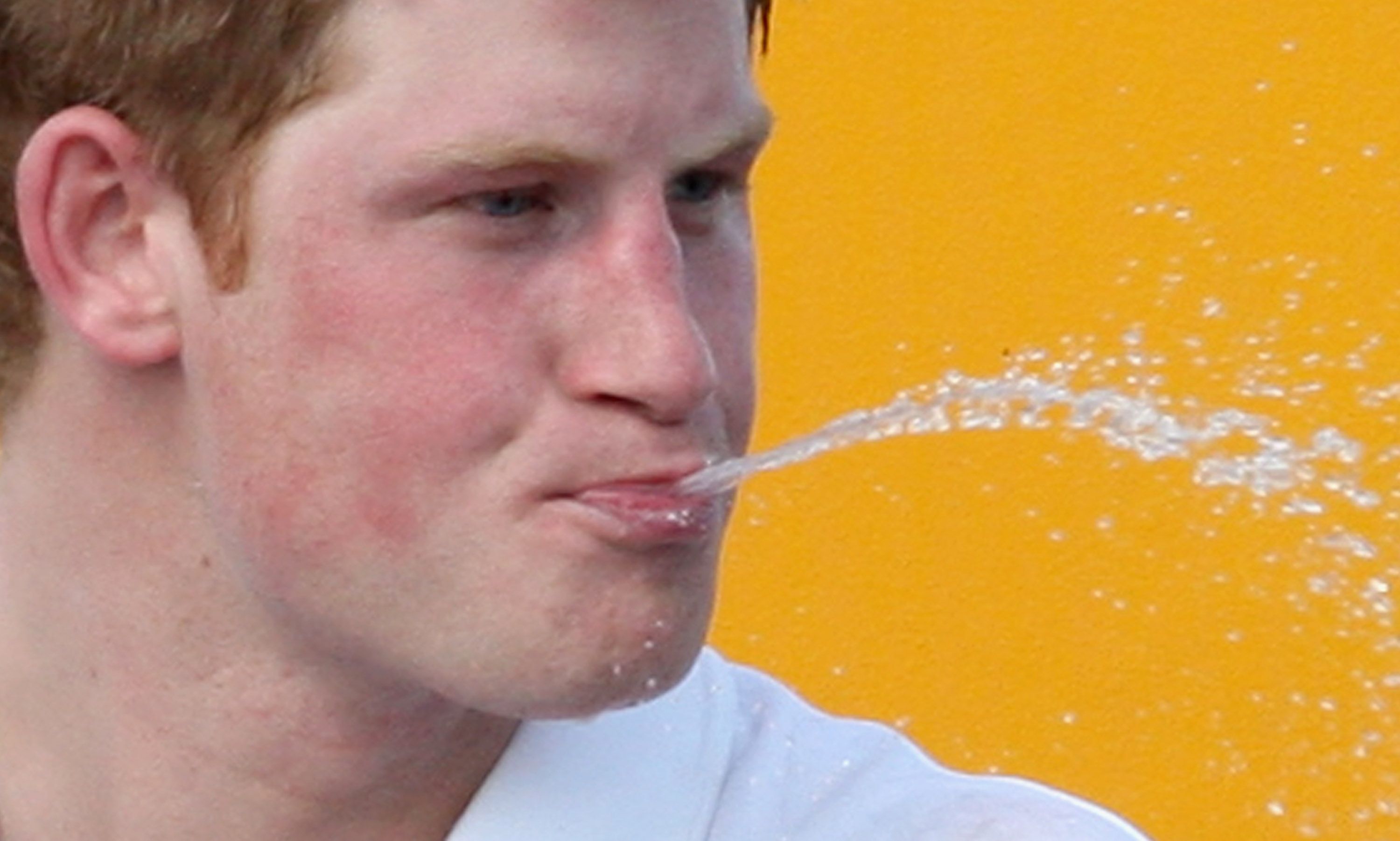 Honestly, there are no words. Okay fine there are some words: Per actor Dominic West, Prince Harry was all kinds of adventurous during a trip to the South Pole, where he told “eye-wateringly rude jokes” and drank Champagne out of a prosthetic leg. Annnnnnd moving right along.

This iconic GIF tells the fascinating story of this one time when Harry was visibly pissed AF despite being at a public event, and had no qualms about ignoring both Kate Middleton and the man next to him as they talked to each other. Again, bad to the bone. 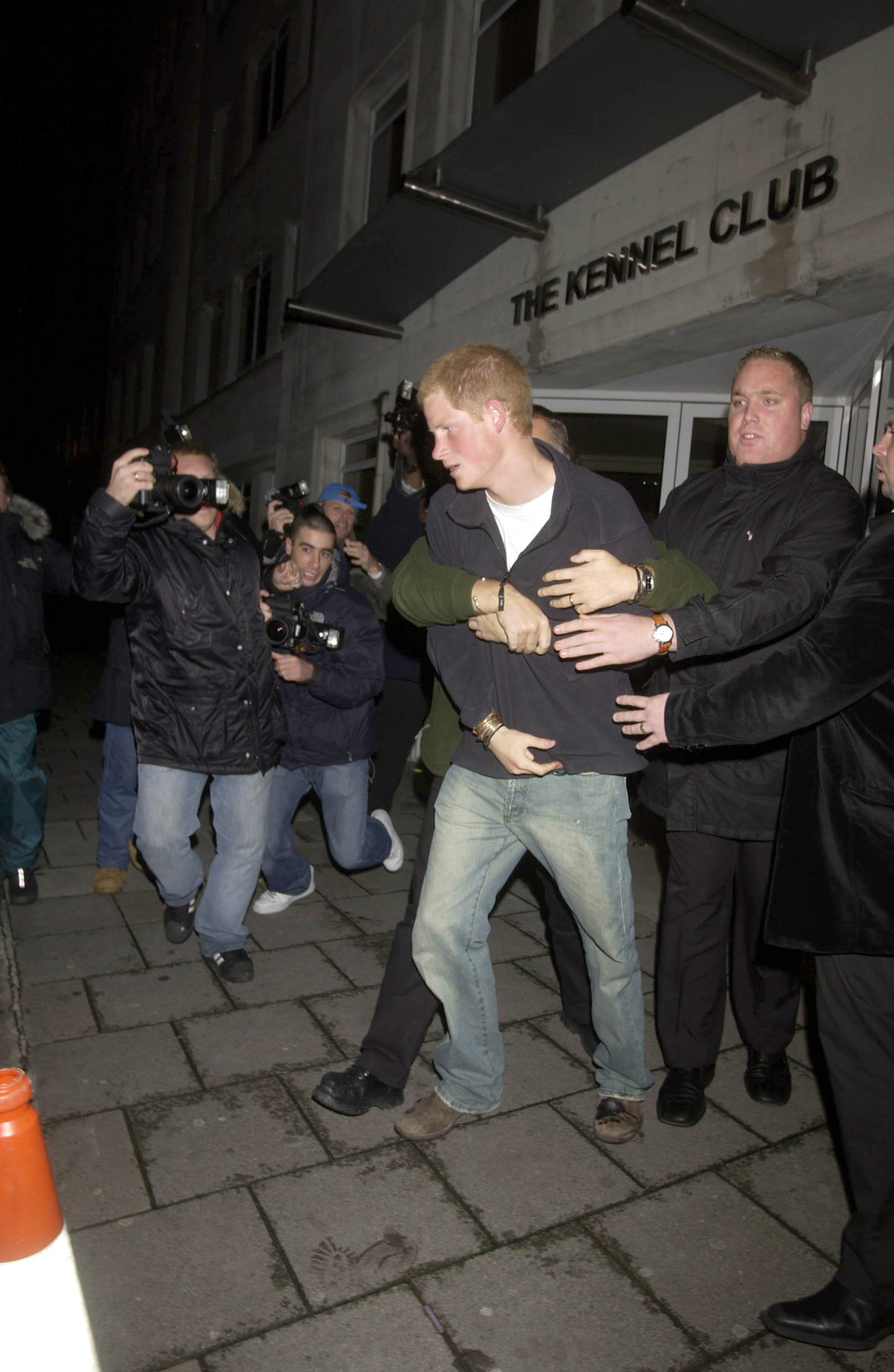 In 2004, Harry decided it was a good idea to get into a “scuffle” with a group of photographers who were taking his picture as he was leaving a nightclub, and everyone ended up injured. “Prince Harry was hit in the face by a camera as photographers crowded around him as he was getting into a car,” a spokesperson said. “In pushing the camera away, it’s understood that a photographer’s lip was cut.” 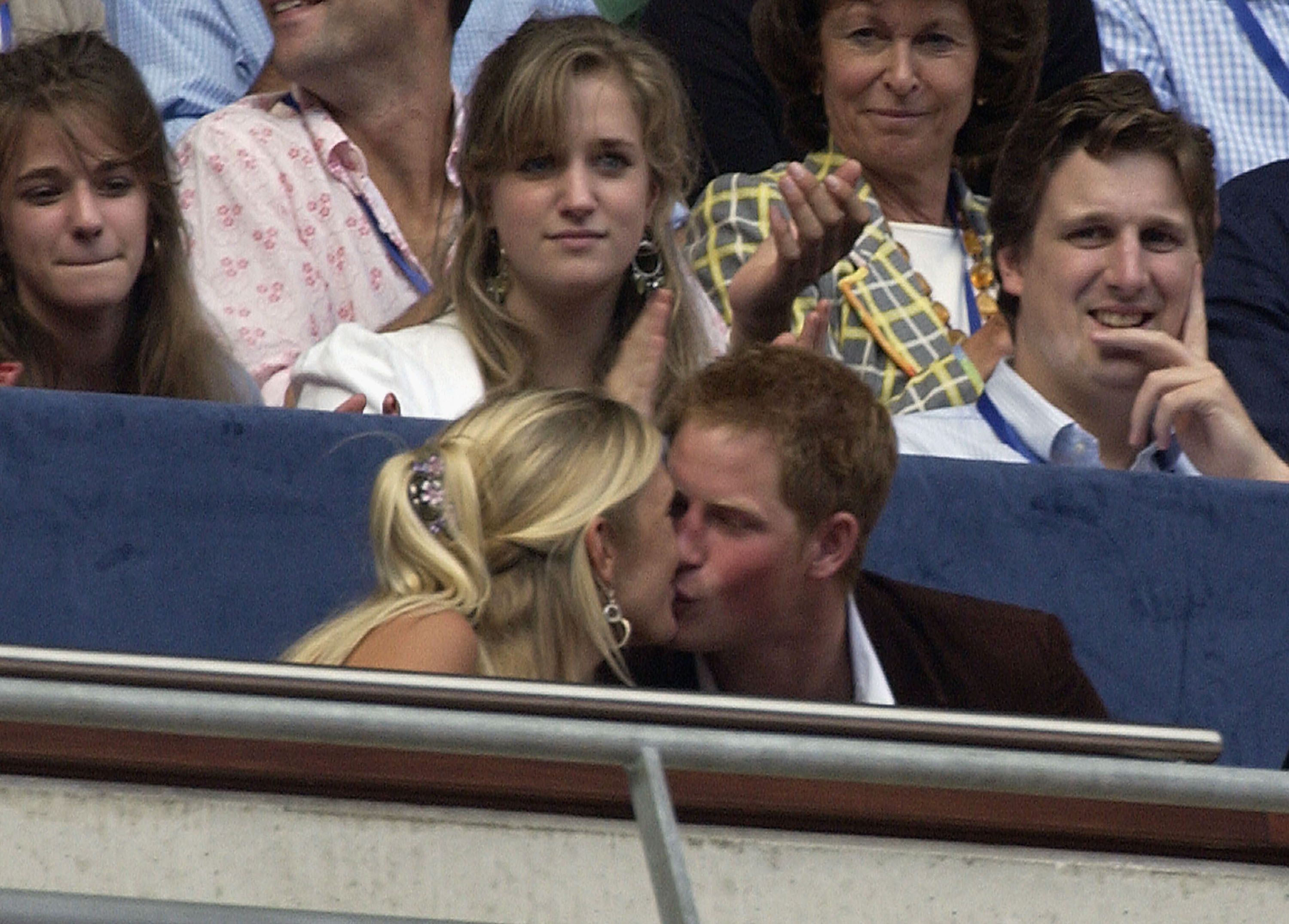 Harry was spotted kissing his then-girlfriend Chelsy Davy during a concert in 2007—a major no-no for a royal. The pair dated from 2005 to 2010, and she’s since thrown a lil’ shade, saying “It was so full-on: crazy, and scary, and uncomfortable. I found it very difficult when it was bad. I couldn’t cope.” 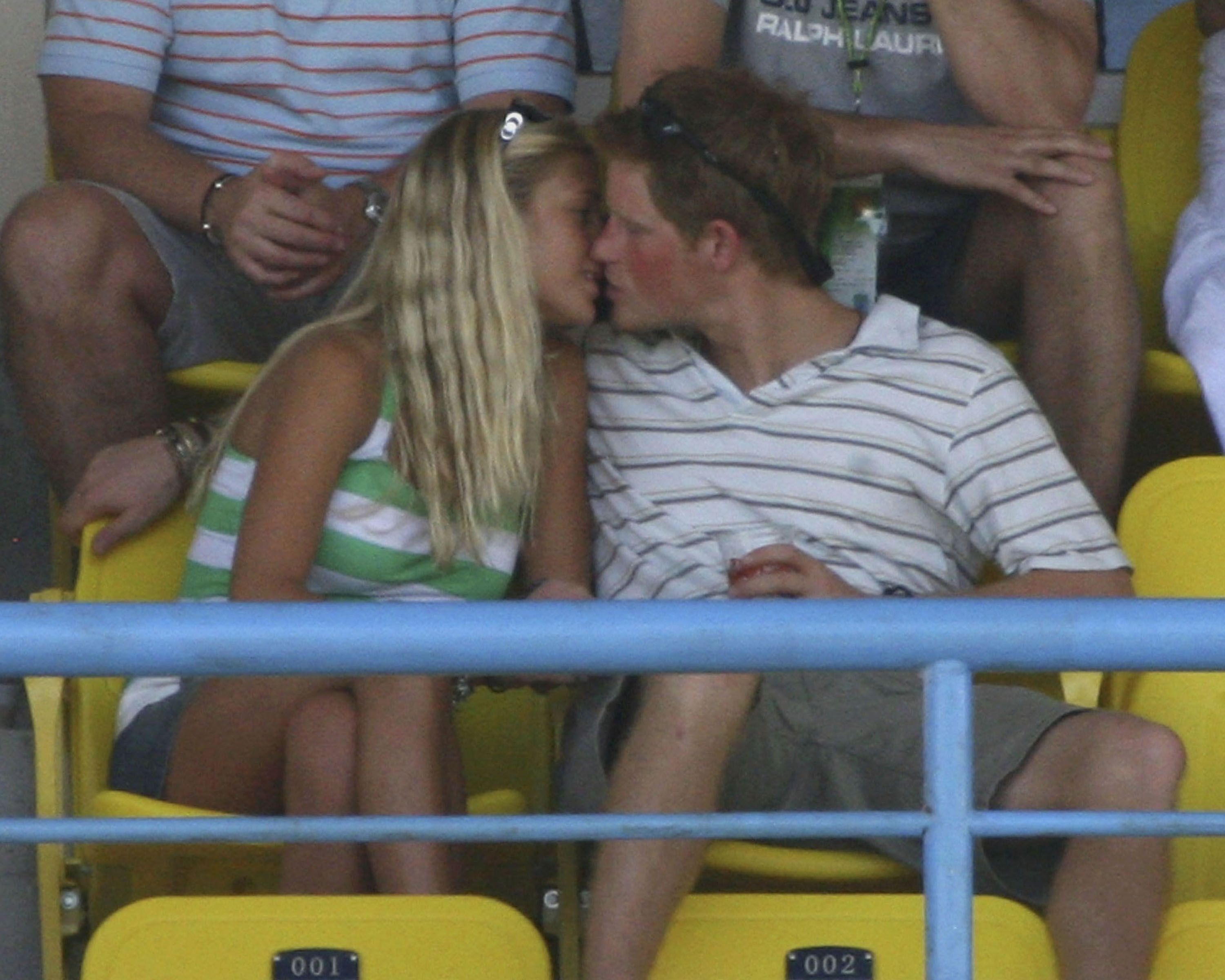 Because twice is nice, Harry was once again spotted kissing then-girlfriend Chelsy Davy during a cricket match in 2008. Clearly he cares zero amounts about those strict royal PDA rules…. 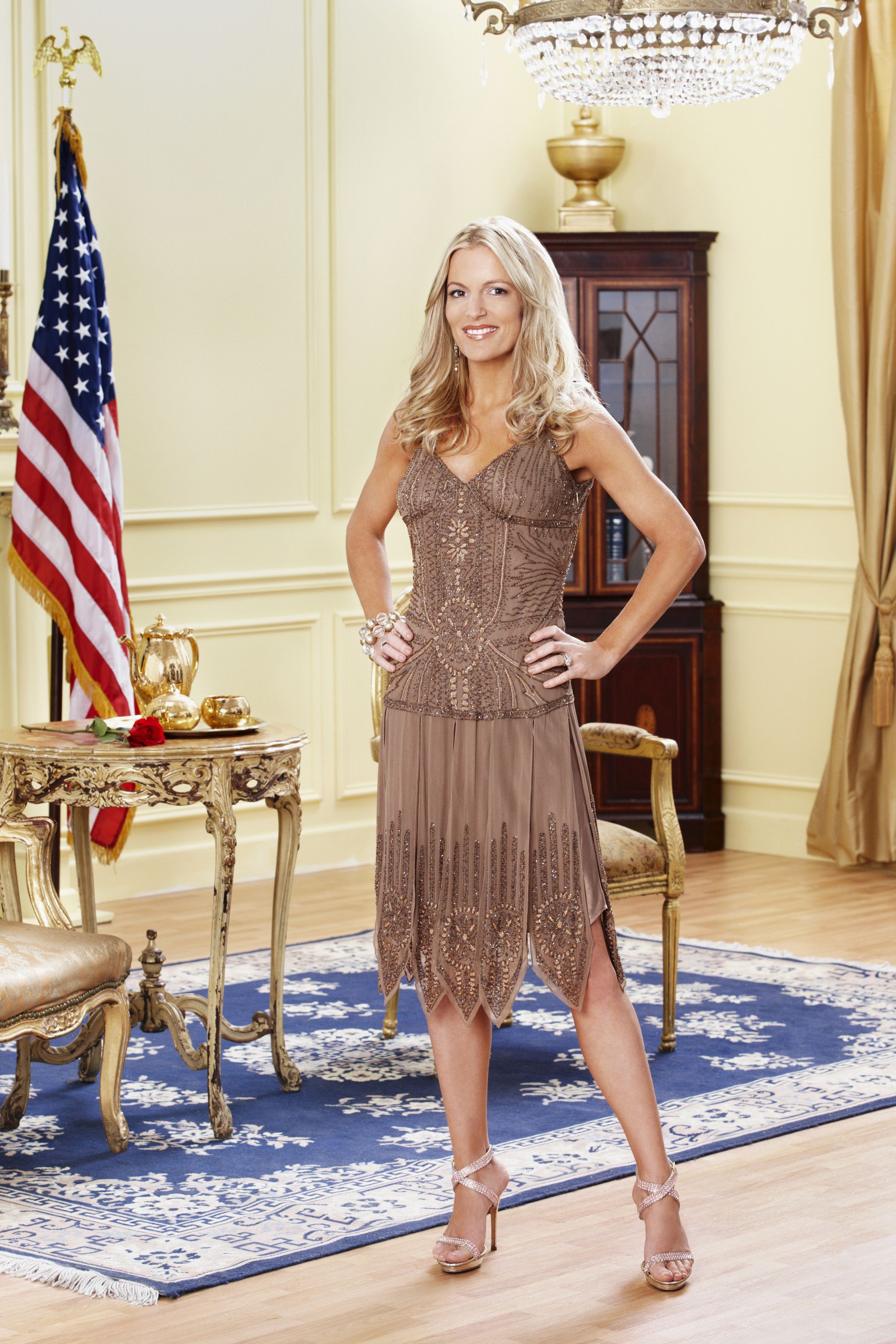 In inspiring news, Real Housewife Catherine Ommanney claims she and Harry had a passionate kiss back in 2006, telling The Daily Mail: “He was holding me off the floor, kissing me. I was absolutely speechless.” Is there anything more bad-boy that a Prince saying “f*ck it” and making out with a Real Housewife? NOPE. 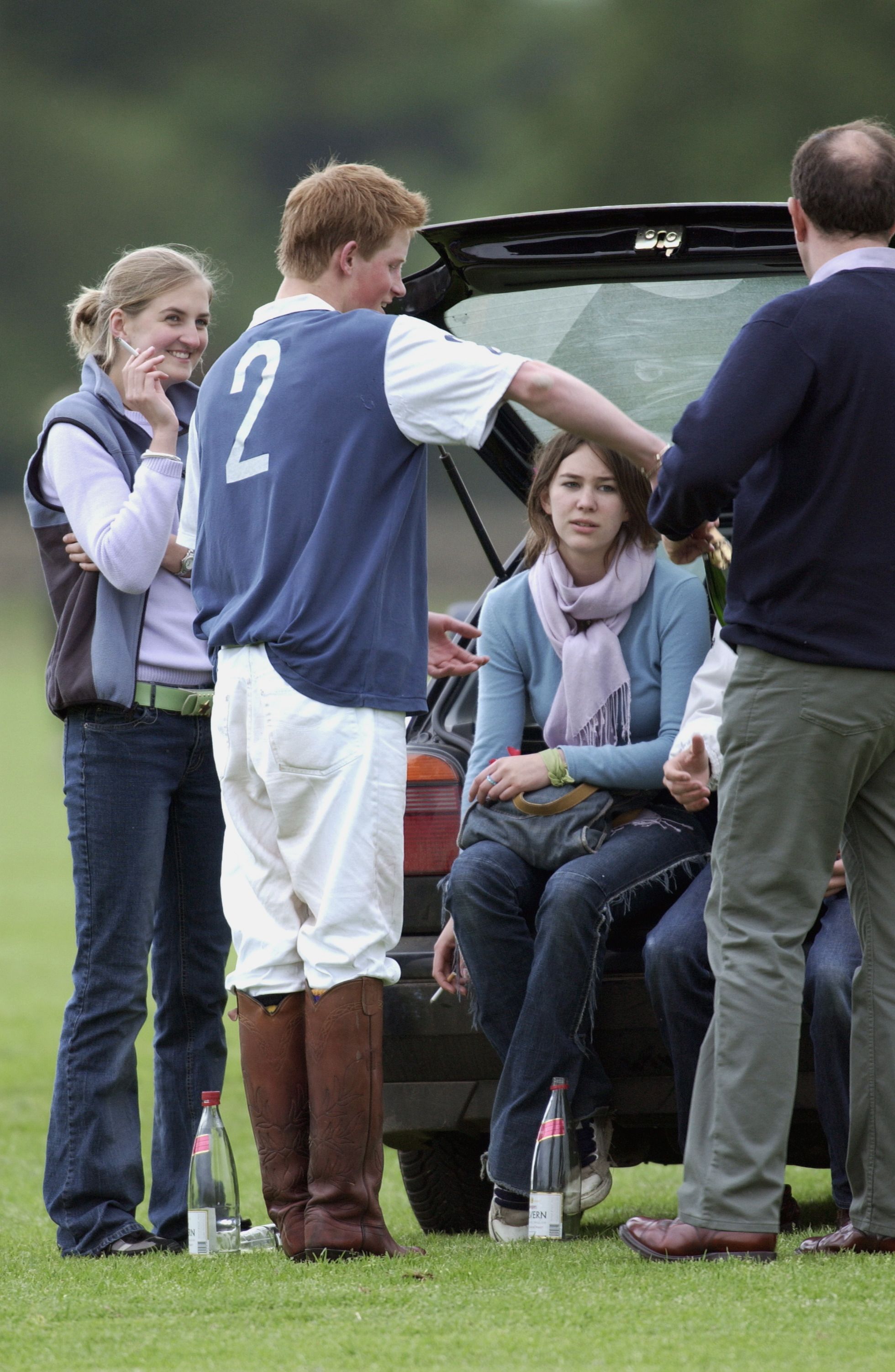 Good ol’ 2002. Otherwise known as the year Harry a) wore these hilariously adorable knee high boots, b) chilled out with a fleet of women in the trunk of a car, and c) day-drank Champagne in the process. In other words, the year Harry was TRULY LIVING. 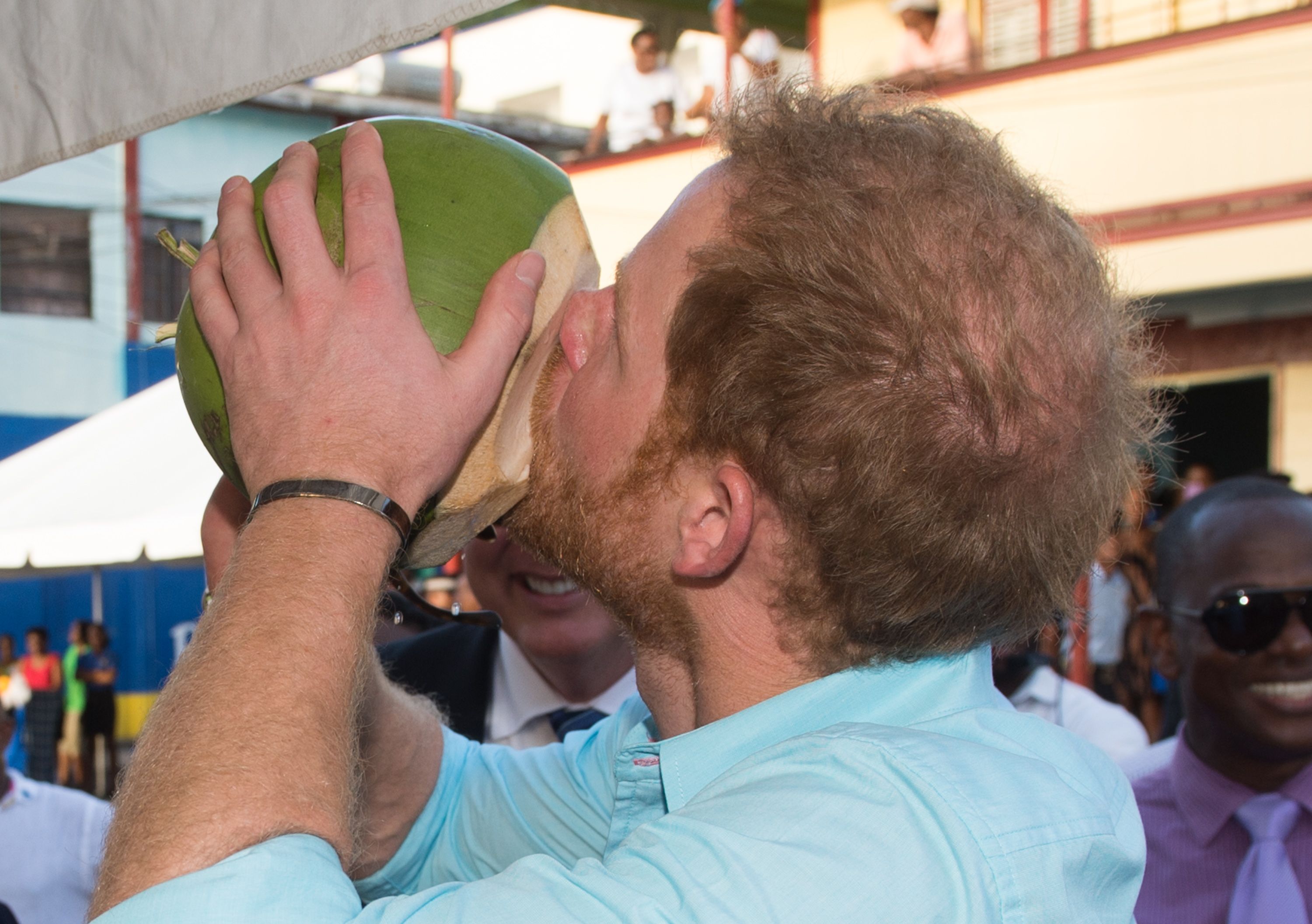 File under: Prince Harry day-drank out of a coconut, so I day drank out of coconut. And this picture isn’t even the first time—once, Harry was seen at a Miami stag party coconut-drinking after his split from then-girlfriend Cressida Bonas. 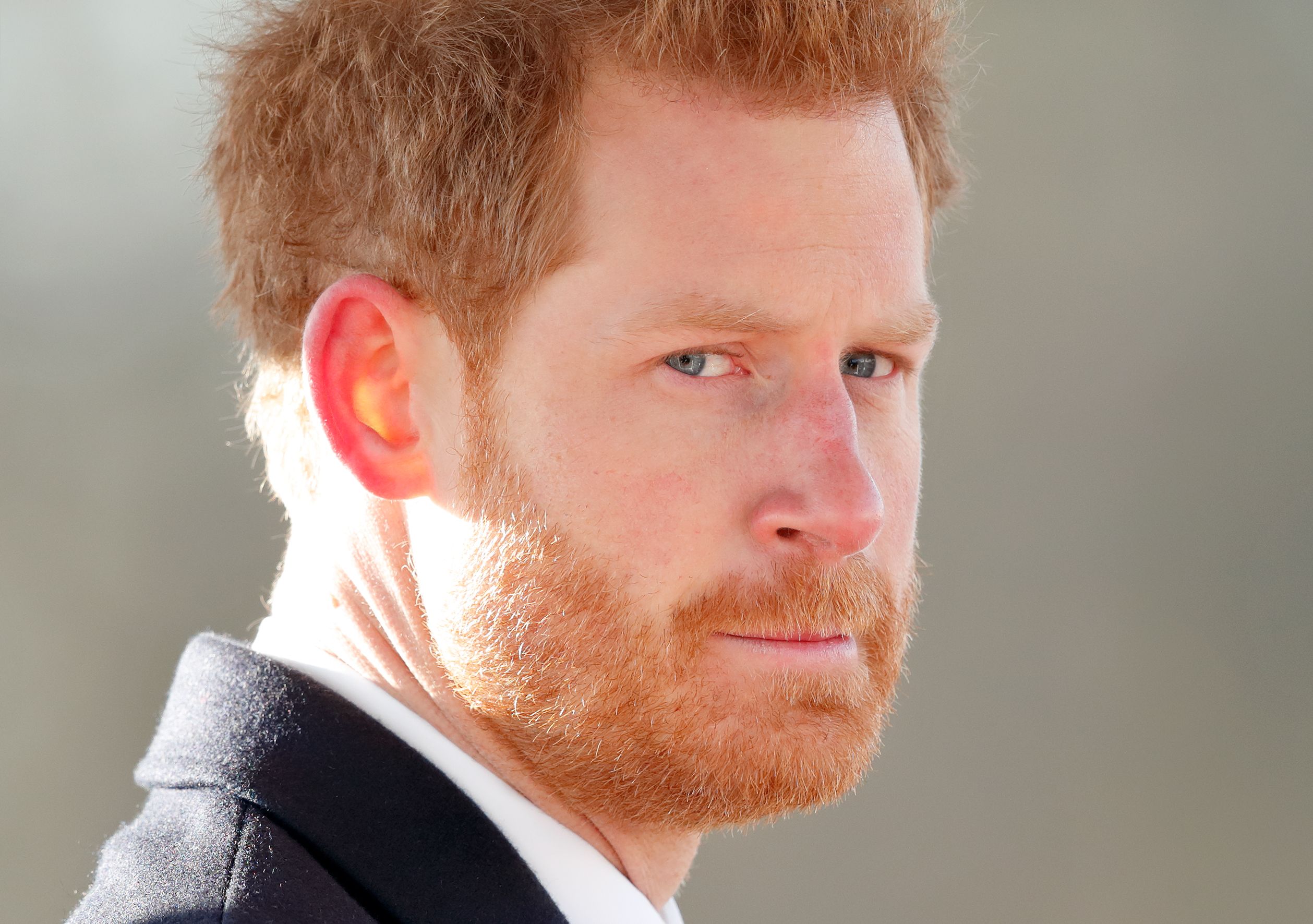 Back in 2010, in a valiant effort to avoid being photographed outside of popular nightclubs, Prince Harry reportedly took to sneaking into a less obvious club called Embargo via fire escape. As in, he literally scampered up a ladder in the name of partying.

Feel free to cancel your plans and watch this footage of Prince Harry on the dance floor over and over again, because it’s that good. No one has ever enjoyed dancing to Michael Jackson more than this man, and this video is a great reminder that the royals arejust regular people who want to cut. it. up.

And exposed the lower portion of his stomach while doing so, creating the internet’s best gif. 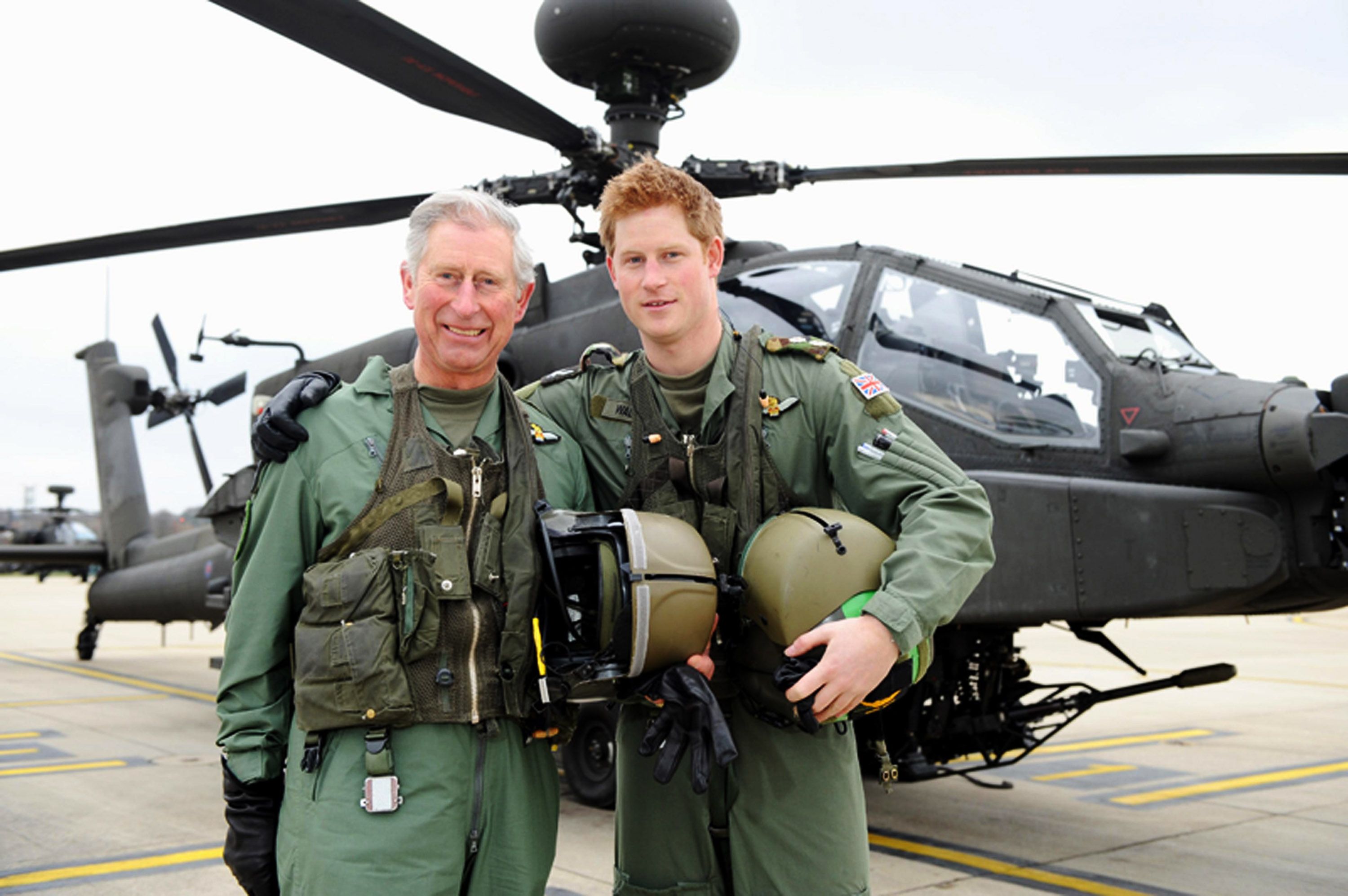 Word on the royal street is that Prince Harry’s wild early aughts behavior was so out of control that Prince Charles hired communications chief Paddy Harveson to act as his “minder” during a trip to Africa. His job? To reportedly help Harry avoid awkward headlines. Yeah…that didn’t exactly go as planned. 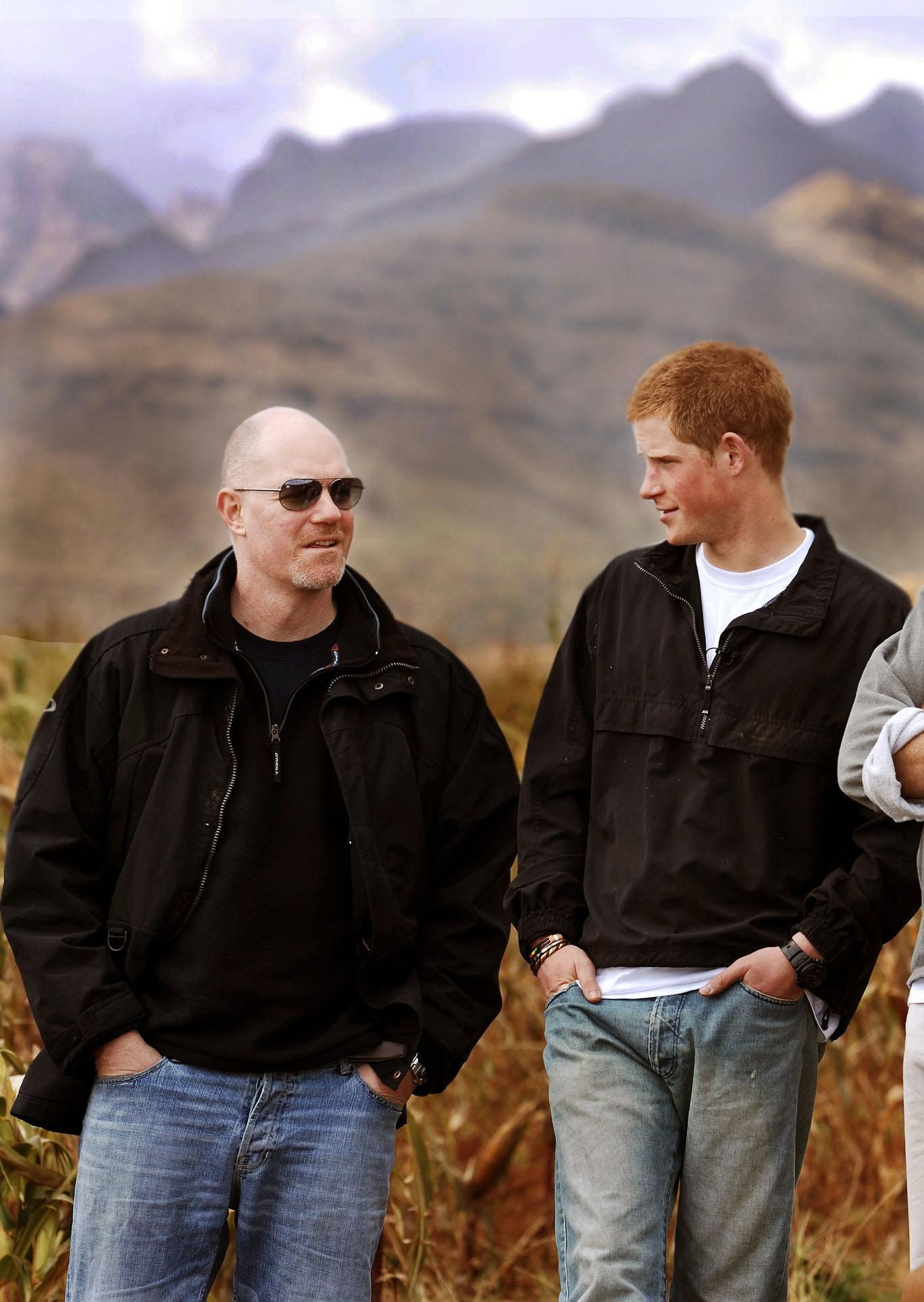 By the way, this is Harry photographed with the man/myth/legend known as Paddy Harveson, in case you were wondering. 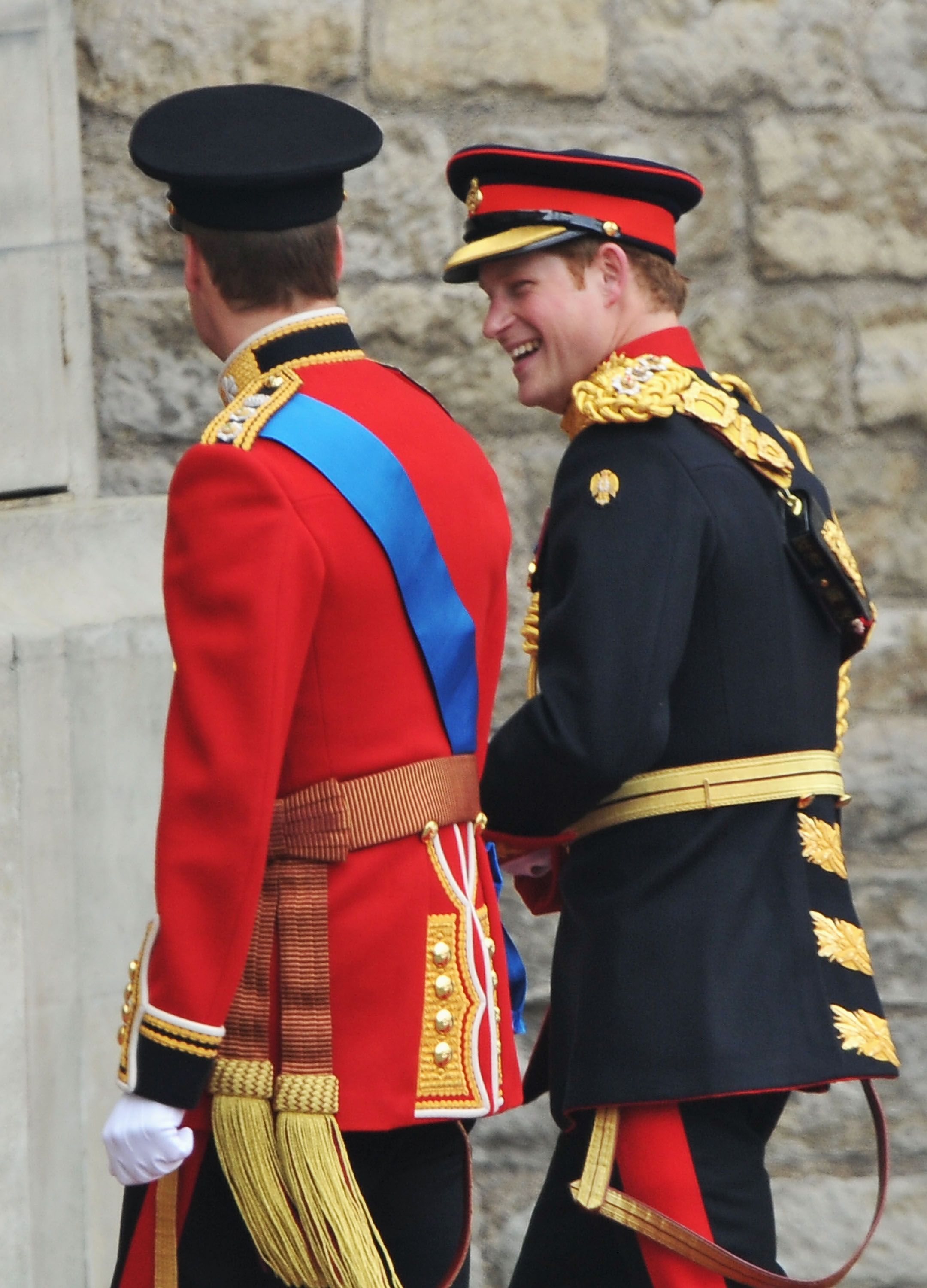 In an effort to get the party started, Prince Harry reportedly stayed up until 3 a.m. the night before his brother’s royal wedding, and also casually jumped off a veranda balcony at the Goring Hotel—injuring his foot in the process. IS THERE NOTHING THIS MAN WON’T DO IN THE NAME OF FUN? 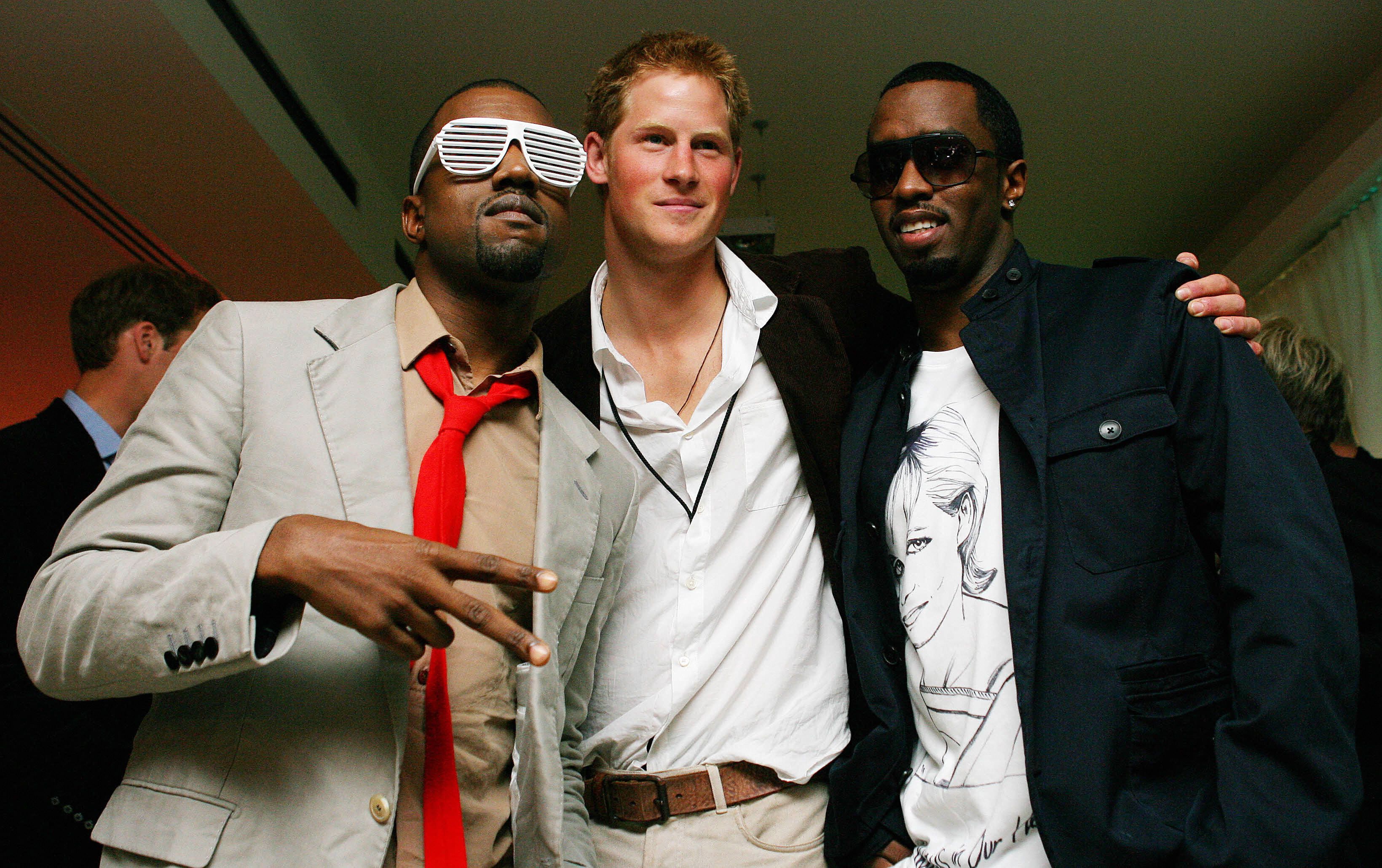 Important reminder that P Diddy literally owns Bad Boy Records, so that’s really all the information you need about whether or not Harry is, in fact, a bad-boy. (Also this photo of the trio in 2007 is completely iconic, so go ahead and print it/frame it.) 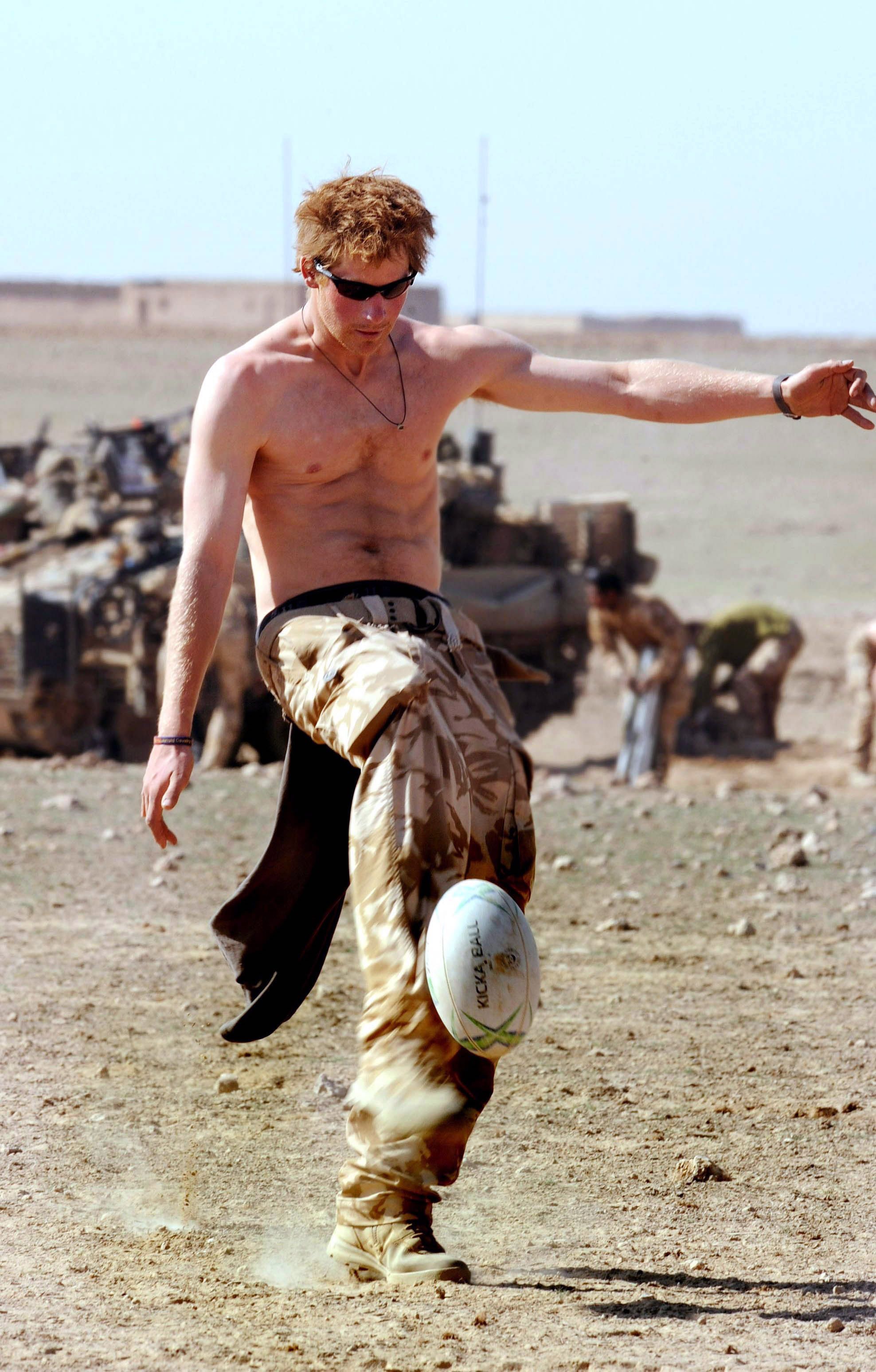 Hi, this is just a picture of Prince Harry playing soccer shirtless with a six pack, don’t even worry about it, just enjoy it. It was clearly taken around the same time as that motorcycle pic, a beautiful moment in Prince Harry’s personal (t)hi(r)story. 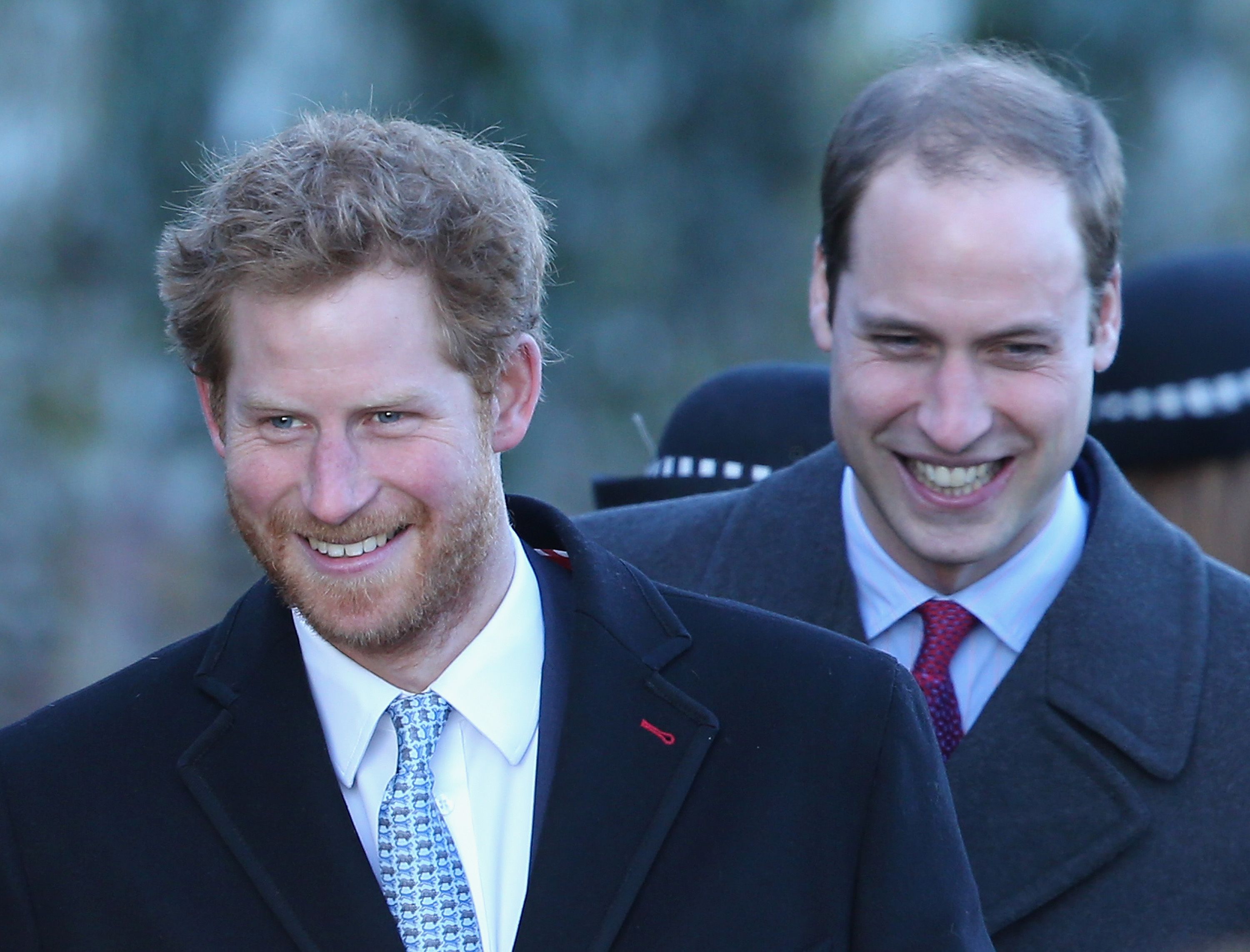 Together with 20 fellow bros, Prince Harry threw a super secret pre-wedding stag party for his brother—which was said to cost £2,500 and have been planned by a nightclub owner. A source from St. James’s Palace was superrrr cagey about the details, simply saying, “I can confirm that Prince William’s stag party happened this weekend. It was an entirely private event and we don’t intend to make any further comment.” 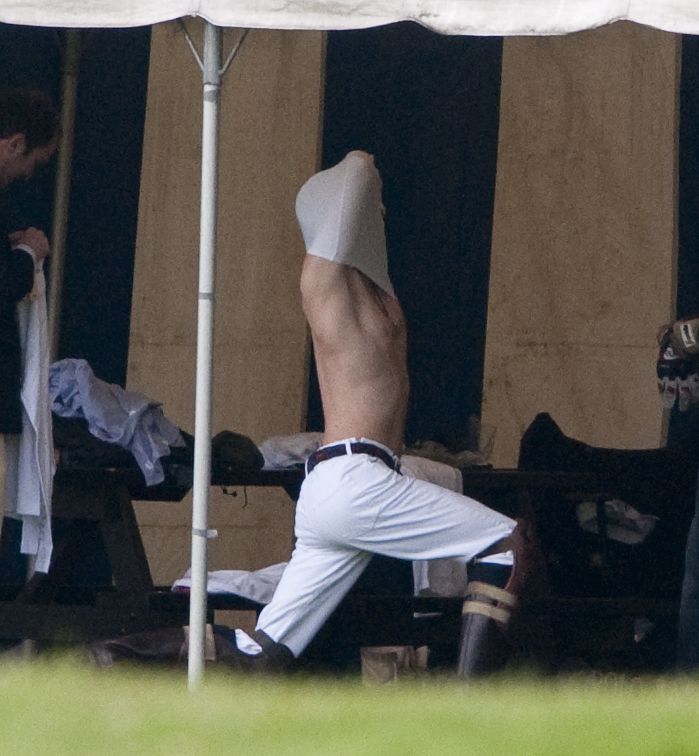 Back in 2010, presumably fully aware that he was about to break the internet, Prince Harry did this during a polo match. Why he assumed that particular position to take his shirt off, we’ll never know. 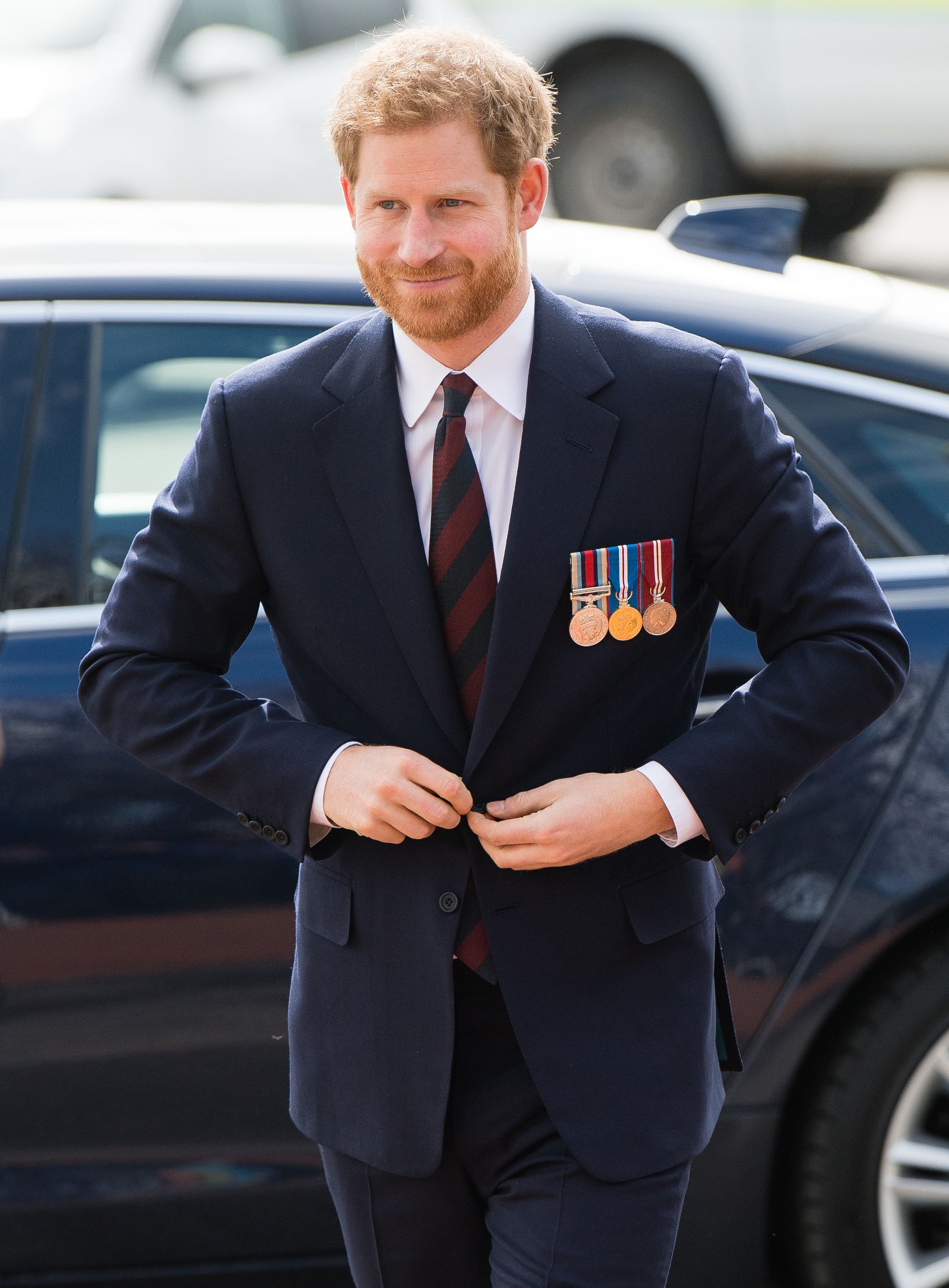 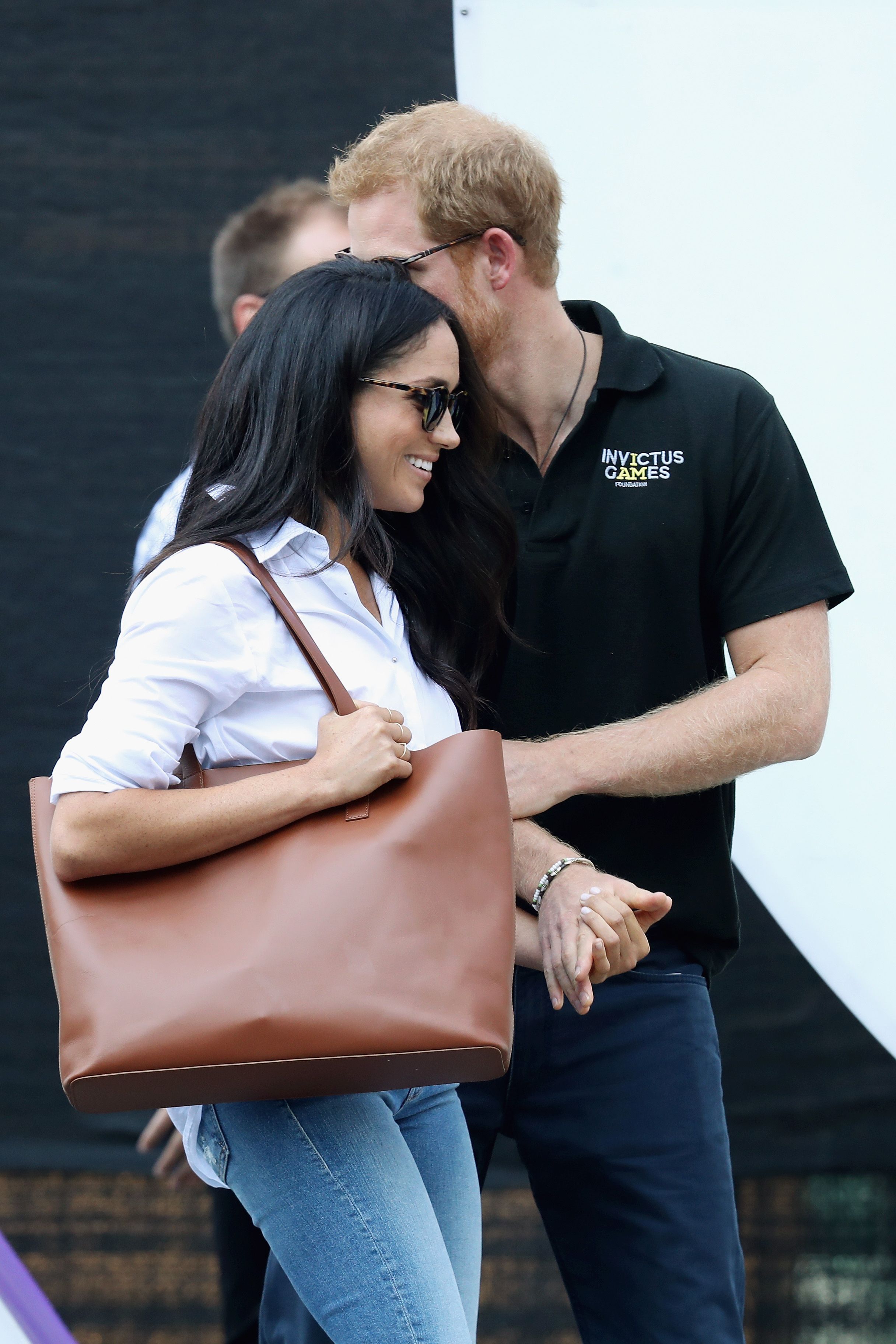 It’s 2018 and Prince Harry shows no signs of stopping his protocol-breaking behavior. Despite the royal family’s unspoken rule about not showing PDA during public events (notice how William and Kate never hold hands?), Harry held onto Meghan’s hand during their first official appearance together. 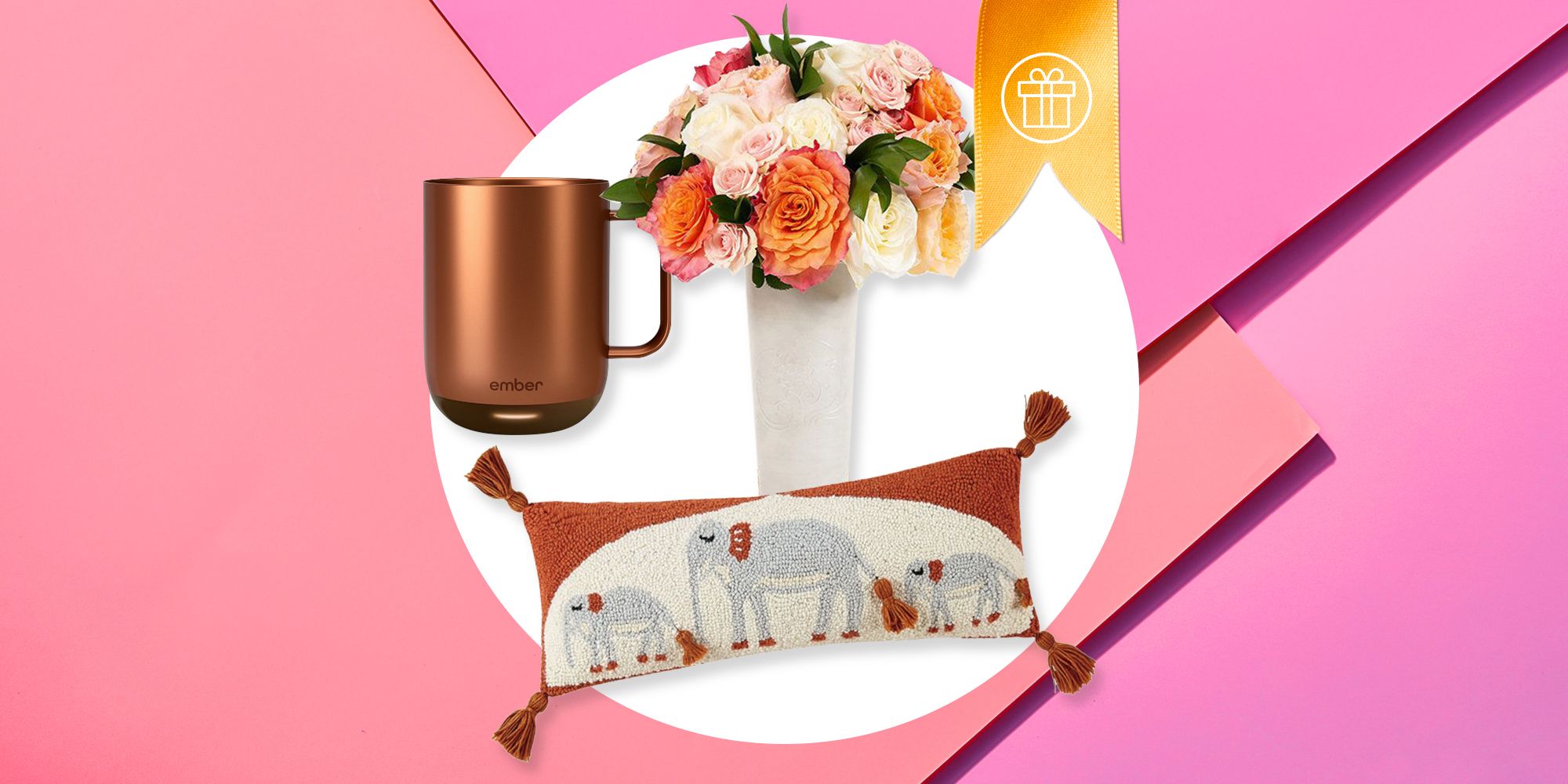