Following a year in which pop culture was ravaged by an ongoing pandemic, the smartest prediction for 2021 is that things will remain unpredictable. But where's the fun in that? 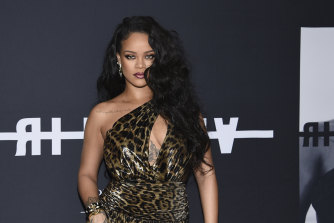 Fans have been impatiently awaiting Rihanna’s next album for years. Is 2021 the year she delivers?Credit:Invision

2: Hope you like TV about sport
After the cultural touchstone that was Michael Jordan's The Last Dance, every streamer will want its own prestige sports doco. The year already promises in-depth looks at Tiger Woods, Tom Brady, but a local feature on folk hero Shane Warne promises excitement and beer. 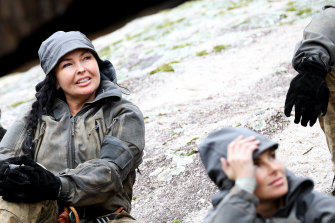 4: See ya, cinemas
When US studio Warner Bros last month announced it was sending its entire slate of 2021 movies straight to streaming, you could hear cinema's final death gasps. Your local shopping centre is going to have a multiplex-sized hole where your heart used to be.

5: And the Oscar goes to…
Something you've never heard of, thanks to COVID! Hollywood trade ragVariety's current favourites are Nomadland, Minari, Mank and One Night In Miami, but you'll likely be cheering for Chris Hemsworth's Extraction or Trolls World Tour 'cause who's even seen anything else? 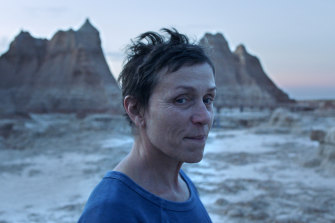 6: Trump TV
Donald Trump will launch that TV network he's long been threatening including a show revealing dark US government secrets, like who killed Marilyn Monroe, which he'll host from inside his jail cell.

7: Netflix, never change
Netflix will release a movie about a novice American baker who opens a rundown deli in New Zealand/Connecticut/Southern Highlands and falls in love with a local handyman. It will be titled something like, Bake Me Up Before You Go.

8: The Spotify rebellion
In another year where live gigs, a musician's financial bread-and-butter, are likely to remain COVID-stifled, artists will weary of accepting around $0.00348 per song stream. What will be their alternative mode of music release? What am I, a genius? I don't know, ask Steve Jobs.

9: Rihanna will finally release that long-anticipated ninth album. No, just kidding.
No matter how hard you ask for it, Rihanna runs a multi-million dollar empire now; do you think she cares about working on a song with Sia? You should be more than fine with new releases from Adele, Drake, Lorde, Foo Fighters and Kendrick Lamar.

10: The internet's new celebrity darling will be…
Anthony Ramos, the star of the upcoming film version of Lin Manuel Miranda's In The Heights (out in June). The 29-year-old was already a magnetic presence in Spike Lee's Netflix series She's Gotta Have It, he's overdue his big breakthrough. 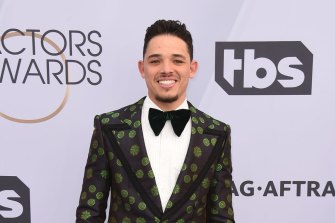 11: Taylor Swift will have a baby
It will be a girl. She will name it Dorothy. Or, like, Mildred.

12: Bluey, meet cancel culture
The ABC Kids darling is sweet but a bit "too Queensland", if you know what I mean. Does Bluey not have a second-generation Shih Tzu neighbour who can invite her over for dumplings with the family or something? 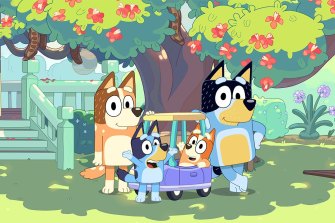 13: Aussies ruling Hollywood
Depending on if and when their films finally release, local filmmakers should be revelling in some of the year's biggest blockbusters. 2021's expecting Cate Shotland's delayed Black Widow (May), Craig Gillespie's Emma Stone-starring Cruella (May), Patrick Hughes' The Hitman's Wife's Bodyguard (August), and Baz Luhrmann's Elvis (November).

14: The year's must-read book?
That's bound to be Jonathan Franzen's typically pompous-sounding Crossroads: A Novel: A Key to All Mythologies, Volume 1, expected in May and the first of a proposed trilogy. Why do you want us to hate you, Franzen?

15: Kimye, the reboot
Kanye West and Kim Kardashian will divorce, but then get back together by the premiere of the last ever season of Keeping Up With The Kardashians. True love can't be extinguished, much like reality TV-concocted plotlines.

16: Vale, celebrities
Celebrity deaths this year will include Mel Brooks, Betty White, Burt Bacharach, Dick Van Dyke, Tony Bennett and Christopher Plummer. Considering this bunch have a median age of 94, I'm not telling them anything they don't already know.

17: Hope you like TV about backgammon
Netflix's excellent The Queen's Gambit somehow turned chess into both affecting viewing and a hip new pastime. Coming soon to another streamer: Walk The Dog, a gripping drama about a competitive yo-yoer with an energy drink addiction.

18: The most controversial release of the year?
Easy. Unless Netflix commissions another series by Chris Lilley, it should be Justin Kurtzel's forthcoming movie about Port Arthur mass killer Martin Bryant. Considering its mere announcement sparked calls for a boycott we can only imagine how streamer Stan, which will screen the production, will approach its release. 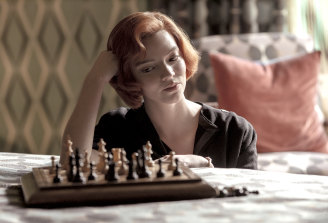 Anya Taylor-Joy in The Queen’s Gambit.Credit:Netflix

19: Triple J's Hottest 100 will be topped by…
Well, probably not WAP. And if it's not WAP, who gives a damn? Congratulations on your #1 track, generic guitar band from Sydney's Northern Beaches.

20: Podcasts, podcasts, podcasts
"Oh, what's that? Pete Helliar and Dave Hughes have started a new podcast about noodles? That's so crazy. Thanks Audible, I will totally listen to that."

21: Tom Hanks will walk on the moon
If Tom Cruise is going to space in October to film his new movie with director Doug Liman, then Hanks will probably get this done by July.