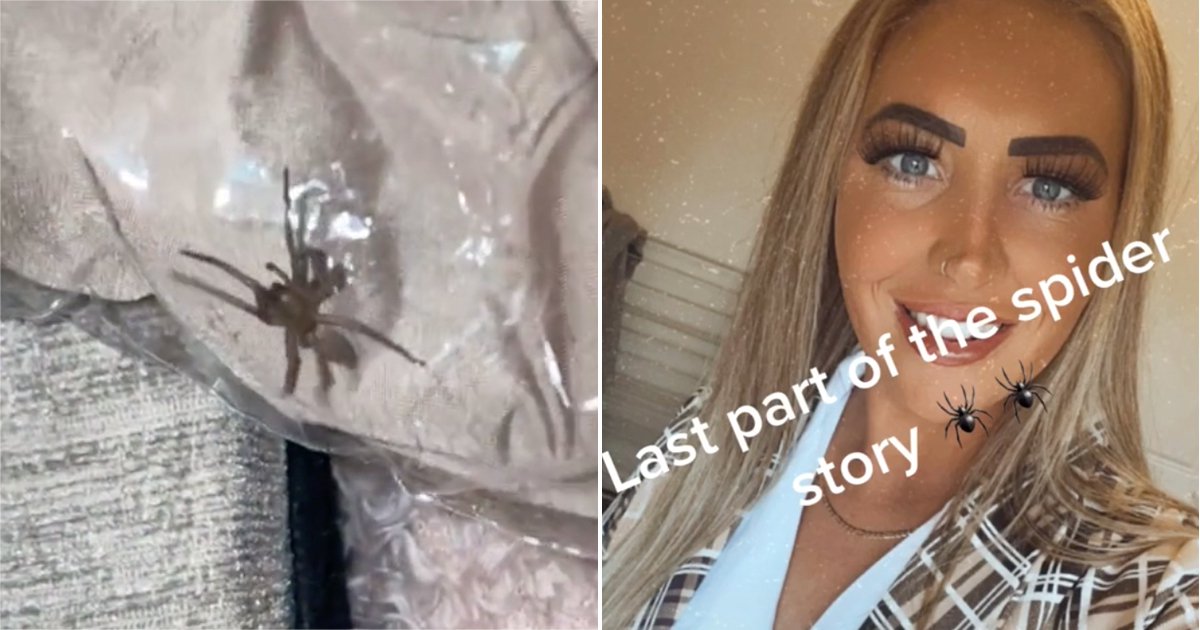 If you’re afraid of spiders, you definitely shouldn’t have clicked on this story.

A woman has shared her horror at opening up a clothing parcel from Boohoo to find a ‘massive’ spider sealed into the bag.

On TikTok, the woman – called Frank – showed the spider crawling around in the bag with her garments, joking that the clothing brand should ‘come and get [their] unwanted employee’ or she would start ‘charging rent’.

Frank named the spider Bart, and put him into a box to take to a pet shop, where he now has a brand new home.

The video of the incident has been liked more than 127,000 times, and prompted a number of jokes in the comments.

One person wrote, ‘Boohoo really saying BOO’, while another commented, ‘Omg they have moving designs now.’

It was even joked that Boohoo had been ‘putting spiders in to kill the fleas,’ after PrettyLittleThing (owned by Boohoo) were accused of a pest control issue earlier this month.

Multiple customers posted videos that appeared to show fleas in their packages, although the retailer denied that fleas were present in their warehouse.

A spokesperson from PrettyLittleThing told Metro.co.uk at the time: ‘As soon as recent “bugs in packages” allegations came to light we immediately launched an investigation.

‘This included an inspection by a 3rd party pest control review of our warehouse, we can confirm that we have found no evidence to support the claims being made.

‘We are extremely proud of our warehouse and the teams who maintain them and we hope that the information provided has addressed the concerns that have been raised.’

Metro.co.uk has contacted Boohoo for comment on this issue.

Get in touch at [email protected]