A WOMAN has gone viral for seemingly blasting 'fake b*****' who came to her sister's funeral, demanding one in particular leaves the service.

Jasmine, from California, is standing at the podium addressing mournersalongside her late sister Ariyanna's photo and closed casket in the video which has now amassed almost 10 million views on TikTok. 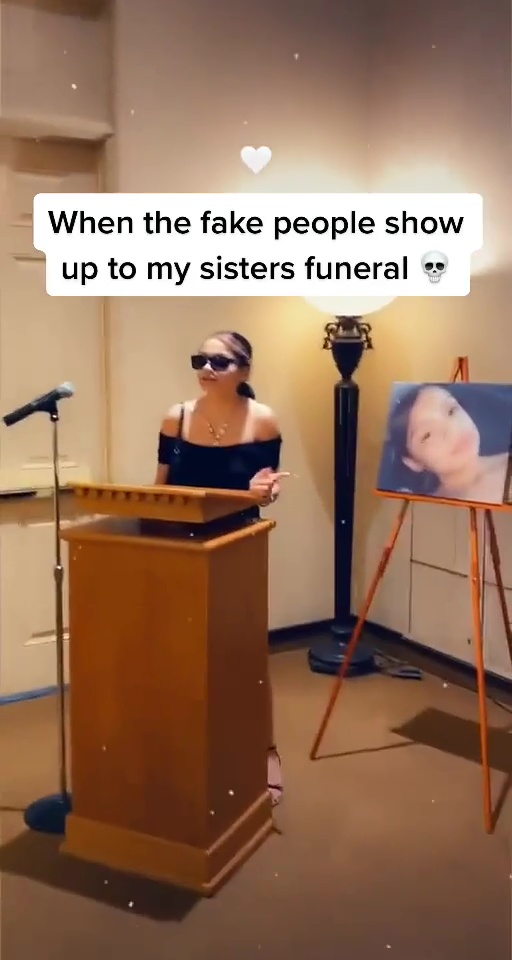 While it can't be confirmed if the outburst actually took place during the service, or who Jasmine appears to be addressing, the clip has still left people completely divided.

In the video, which appears to be filmed by one of the mourners at the service, Jasmine can be heard angrily telling off another woman who isn't shown on camera, insisting that Ariyanna, who reportedly died in a car crash at 18,"didn't even like" her.

Dressed in all black donning a dramatic thick-framed pair of sunglasses, Jasmine begins: "You’re a fake b****. She didn't even like you. You owe her money. And I didn’t even see you donate to my sister's funeral, so you’re automatically disqualified."

She continued: "You can leave the room. Yeah. Bye. Bye. Don't be all surprised now."

At the start of the clip you can hear people gasping, but this is actually a TikTok recording used for effect and not mourners at the funeral.

So it's unclear whether Jasmine was actually addressing another person or if it just made to appear that way for the video.

However, she told the Daily Dot that she thinks her sister would have appreciated the gesture, even approving of the outburst.

The siblings reportedly loved the popular TV show Pretty Little Liars,according to the publication, which features several dramatic funeral services – so Jasmine wanted to "give her funeral that touch."

"I hope I gave you the best funeral baby sis," she wrote on TikTok. Adding:"Fly high."

Many TikTok users defended the outburst insisting that Jasmine did the right thing.

"Idc what anybody say, we need to normalize calling ppl out bc all of a sudden when you dead every1 was your best friend," wrote one.

"I fully support this and actually told my best friends to do this for me,” anothersaid. “Cuz if I was alive I would do it myself.”

While a third added: "Your sister probably would’ve wanted you to say that."

However, others thought it was "kinda disrespectful" and "it is in bad taste to express any issues".

Previously, we shared how this mum was fuming after her husband is slammed for a ‘highly disrespectful’ funeral outfit by her dad.

And this woman slammed for wearing risque net dress to her granddad’s funeral – because ‘if you’ve got it, flaunt it’.

Plus this woman announced her pregnancy at her boyfriend’s funeral – he died 2 days before she found out she was expecting. 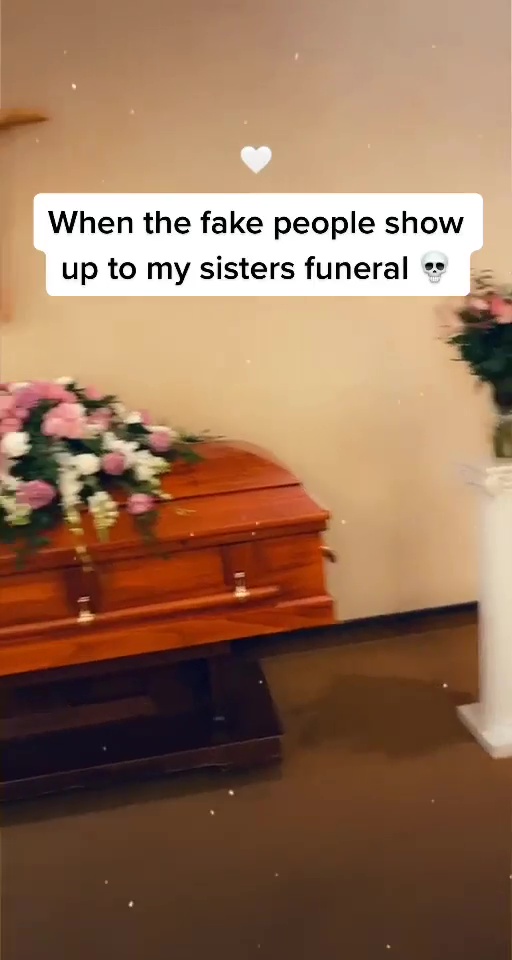