A MUM has come under fire after showcasing her baby’s manicure featuring “incredibly dangerous” inch-long nails.

The woman took to Facebook where she posted a snap of her little one’s talons, where she also offered her services to other mums. 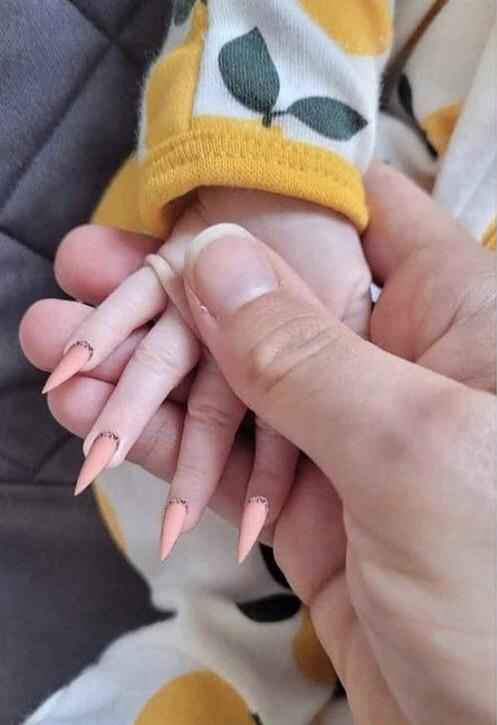 The four photos show the little girl wearing false nails on each of her tiny fingers in three different manicure styles.

The mum has practiced a stiletto shape, a square and an oval edge with the stiletto thought to be particularly dangerous for a young baby due to the sharpened tip.

Captioning her post she wrote: “I can do your babies nails. PM me for info. Cheap rates (sic).”

Her bizarre advert has since been shared on Reddit where it has prompted outrage from fellow parents who were quick to point out the potential risk. 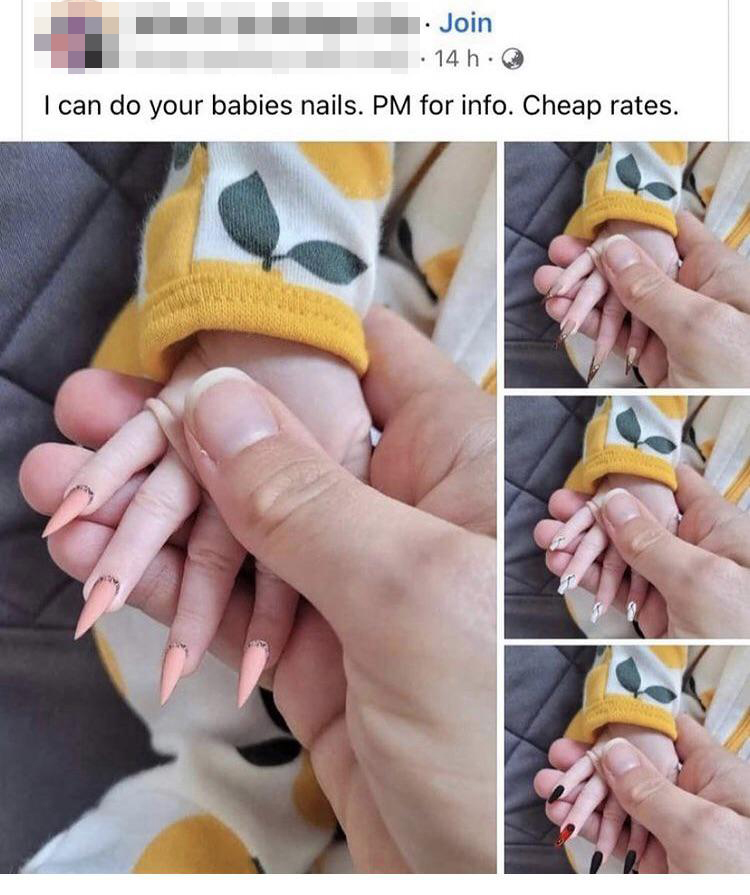 One wrote: “Baby nails are sharp enough as is, I can't imagine equipping my daughter with claws. Hard pass.”

“You’re supposed to keep your baby’s nails cut short so they don’t hurt themselves… this is trashy and f***in stupid,” added another.

While a third wrote: “Wtf is wrong with this world.”

However, several others suggested that the image may have been Photoshopped.

In other parenting news, this dad was labelled a "monster" for "horrible" punishment on distraught son.

And people are sharing the weirdest baby names ever including Milk and Prosecco.

Plus this woman was ashamed to be a single mum-of-six but is now pregnant with baby number 12 and couldn’t care less what people say.