Surrealism is everywhere (again) in fashion. The 20th century art movement that defined generations of design and literature by taking ideas of the subconscious irrational mind, and mixing them with the everyday has firmly found its place on the runway. Founded by poet André Breton in Paris in 1924, surrealism has deep roots in fashion—and now, a century later, it seems things are coming full circle.

The House of Schiaparelli, founded by Elsa Schiaparelli in the 1920s, was defined by surrealist trompe-l’œil imagery, so, it makes sense that the theme has continued on with the brand under its current leadership. Creative director Daniel Roseberry’s recent collections for Schiaparelli may be most well-known for the aesthetic. Think golden noses, breasts, eyelids, mouths and more ​on jewelry, bags, and gowns. However, Roseberry’s not alone. The 1920s are back in the 2020s. In particular, the jewelry from the spring 2021 collections proves that the baubles we’re currently wearing might just be as surreal as our uncertain times. 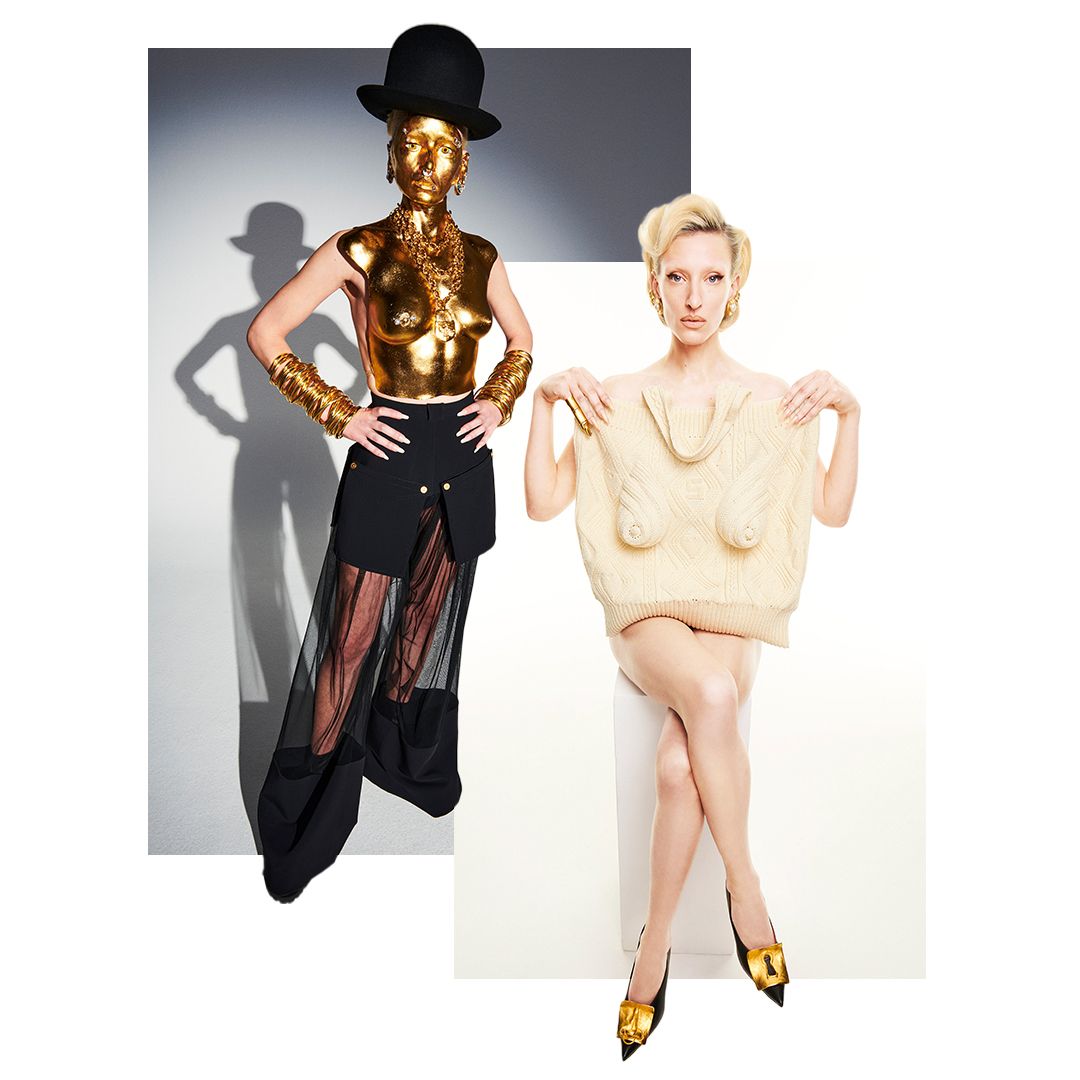 Ulla Johnson showed massive mobile-like earrings that looked akin to an Alexander Calder piece, Acne Studios showed earrings that looked like crumpled aluminum foil, and Miu Miu sent alien-like UFO saucer earrings down the runway. All of these styles pushed the idea of what an everyday accessory can and should be perceived as. 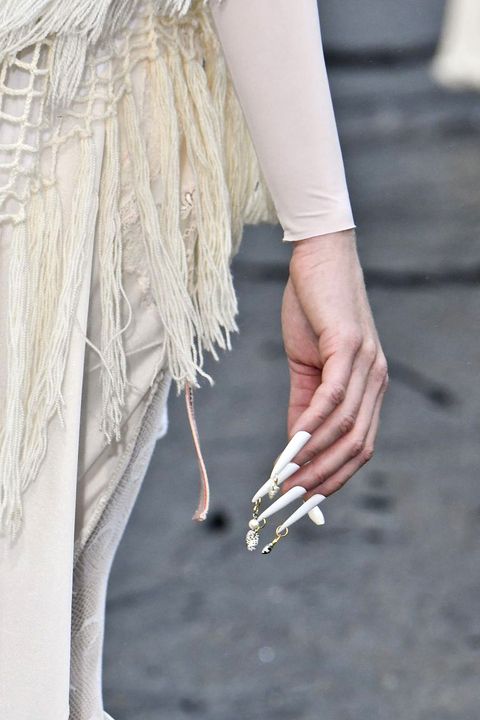 In a more conventional surrealistic sense, Marine Serre models had fish hanging off their fingertips while Dior had bright, almost bloody-looking hearts on bracelets and necklaces. Surrealist examples made their way into the fall 2021 collections too. Look at Marni, which presented an otherworldly video that took place over Zoom and invited viewers to a virtual lunch. The video itself seemed to offer a peek into a private eating ceremony, culminating with a topsy-turvy Mykki Blanco performance.

In the throes of a COVID world with digital shows Saint Laurent released a surreal video titled French Water, starring Charlotte Gainsbourg, Indya Moore, Julianne Moore, and Chloë Sevigne. The women are shown in a dreamlike dinner scene, throwing glasses, randomly disappearing, and walking in slow motion in outfits that change in an instant. Before there was Tik Tok, there was surrealism. And who could forget the surreal teaser film for Chanel’s Spring 2021 show by Inez and Vinoodh, which was done in black and white and showed the traditional Hollywood sign reconfigured to say, “Chanel” before cutting to scenes from classic French New Wave films such as Jean Luc Godard’s Pierrot Le Fou, and finally, the Grand Palais. 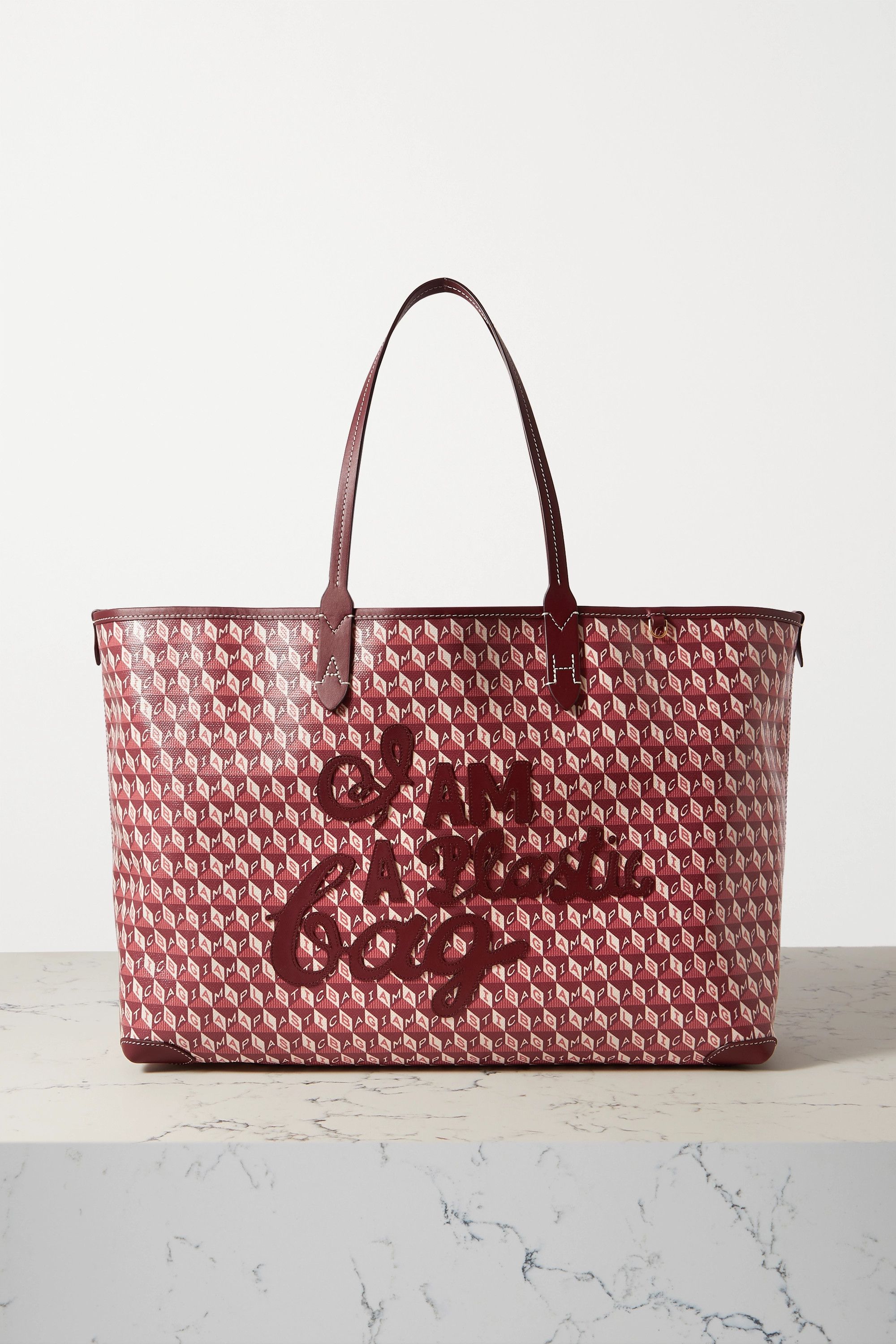 When surrealism had its first coming, it was prompted by a reaction to rational logic and ideas believed to have started World War I. They wanted to fight against the “rationalism” that they believed guided European culture and politics into war—thus uniting reality and fantasy, or “an absolute reality, a surreality,” in the words of poet and critic André Breton, who published The Surrealist Manifesto in 1924. Surrealists drew from the work of neurologist Sigmund Freud, working with words and visuals to expand the possibilities between dream and reality. Breton was a big proponent of tapping into the unconscious imagination as a way to rethink daily life.

But why, in 2021, is the movement making a comeback? Considering we’re still amidst a global pandemic on the heels of plenty of political unrest, surrealism’s next generation in fashion makes a lot of sense. After all, the motive of the original surrealists was to make the familiar strange, and to show a fragile world full of tension in a new, dream-like state. 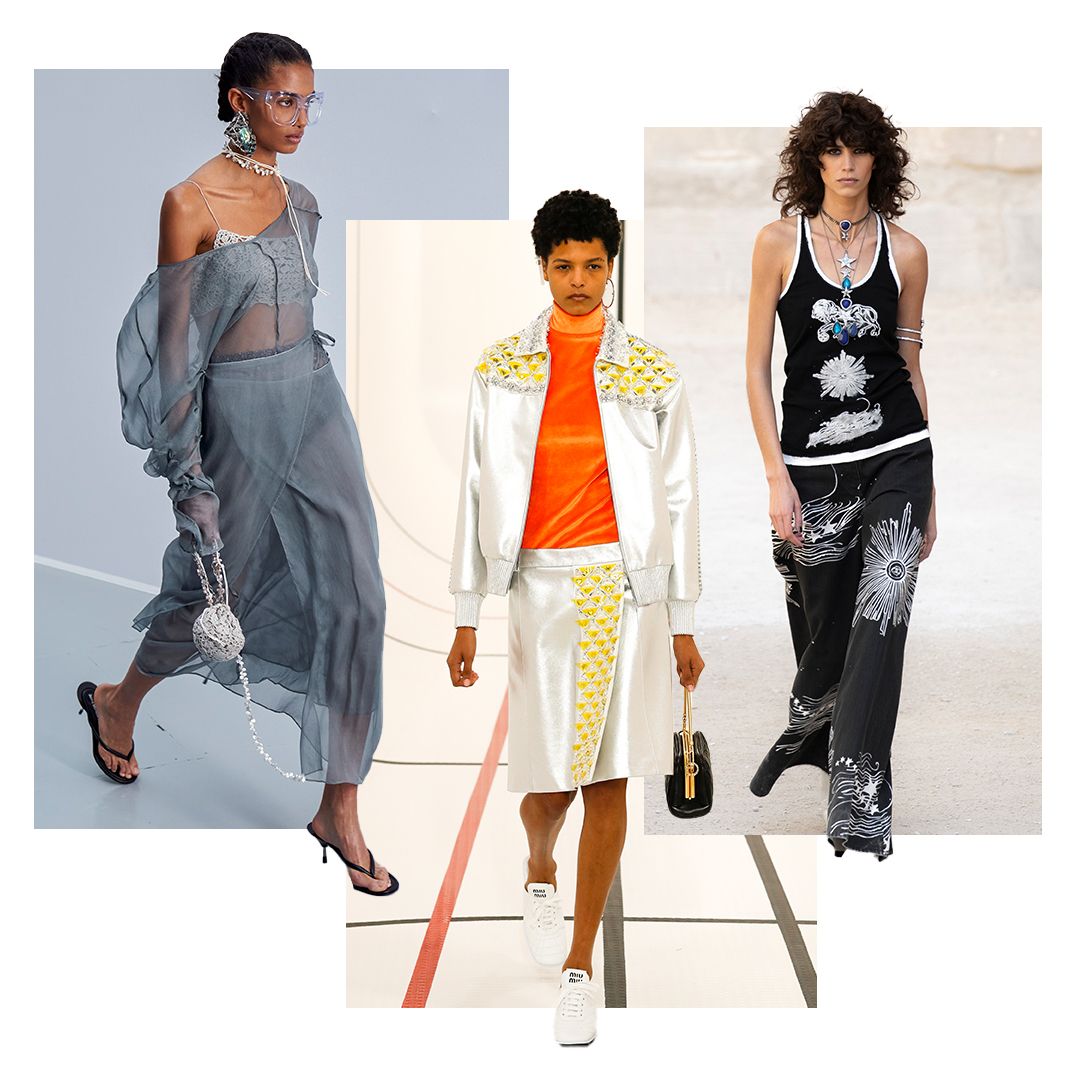 “Surrealism is often connected to a sense of cultural upheaval,” explains fashion historian Caroline Elenowitz-Hess. “The Surrealist artistic movement sprung out of the sense of dislocation and distrust of authority following the First World War, which have a lot of parallels to the loss of institutional trust during the Trump era, augmented by the fear and disruption of the COVID-19 pandemic. The current cultural environment of uncertainty and anxiety makes surrealism’s fantastical incongruity especially apt in 2021.”

As with most creative movements, surrealism greatly influenced the fashion community. One of the most famous surrealist artists of all time, Salvador Dali, was a frequent collaborator of Elsa Schiaparelli’s in the 1930s, co-creating everything from eccentric hats to an iconic lobster dress designed for the American socialite and then-Duchess of Windsor Wallis Simpson. Meret Oppenheim, who is arguably the most famous female surrealist artist, was well-known for her fur teacup sculpture, but she also created fur bangles and gilded jewelry featuring snake, bone, and lip motifs . The surrealist photographer and visual artist Man Ray photographed for Chanel, Lanvin, and Vionet, among other fashion brands. 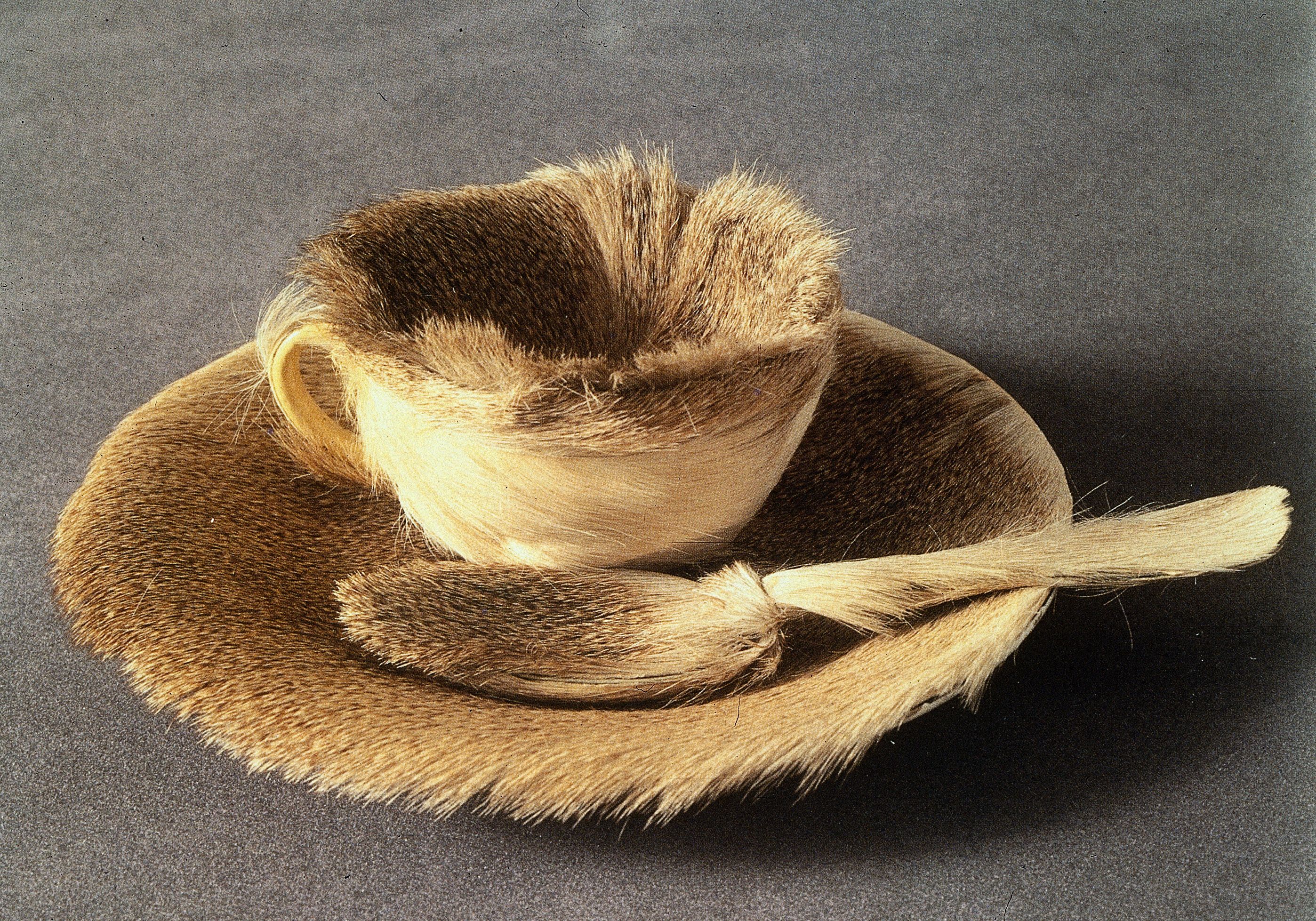 Fast forward to 2021, and surrealism isn’t just limited to the runways of Paris, Milan, London and New York. Even up-and-coming designers are experimenting with the aesthetics of surrealism, some even framing their entire bodies of work around it. 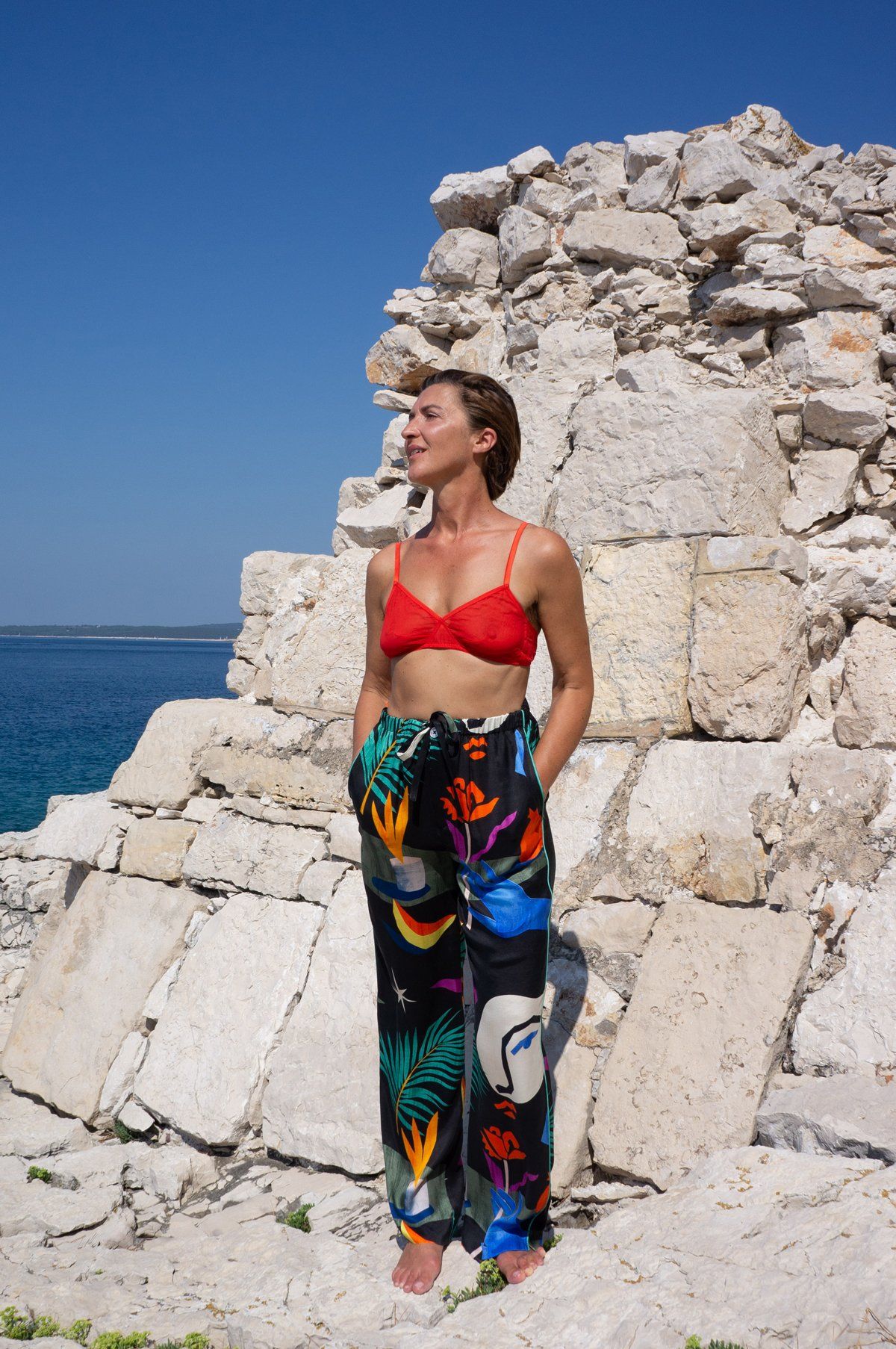 “We love the arches and shadows of de Chirico, light play of Dora Maar, the sky of Magritte, whimsical trompe l’oeil costumes of Elsa Schiaparelli, and dreamscapes of Kay Sage,” Kandelaki explains. All of the artists the designers reference have one thing in common: they approach the everyday in a dreamlike way—from the deeply beautiful yet illogical perspective de Chirico used in paintings of Roman Arcades, to the unusual photo combinations of Dora Maar showing shells as jewelry or stars as a woman’s head, and even the dreamscapes of Magritte, depicting faces in the sky or plants that when you look closer, are also birds.

The New York based brand Dauphinette, has also been taking more and more inspiration from the movement, seen in the form of her playful earrings made from real fruit and whimsical, childlike paintings done on jackets and bags. For her fall 2021 collection, dubbed Natasha’s Fever Dream, Olivia Cheng explored her relationship with her childhood toy, a velveteen rabbit named Natasha. “As children, we all find a lot of comfort and stability from objects, and it was incredibly interesting to bend the significance of that relationship into a network of wearables,” she explains. This culminated in a quilted jacket with crushed flowers sandwiched between two layers of recycled PVC and handbags shaped like women’s stockings and boots.

“There is a Surrealist statement that refers to ‘making something normal feel strange again,’ which I think about often when designing,” adds Cheng. “I definitely tend towards classic and historic silhouettes, such as a swing coat or kiss lock purse, reinterpreted more through their medium—whether that be a feverish print or an unexpected quilting of real botanicals. It reminds me of how repeating a simple word over and over can make that word feel foreign to the tongue— I often feel that my work is about bottling the essence of that foreign feeling and giving it a distinctive face.”

In the art world too, surrealism seems to be having a moment again as well. Surrealist artist Eileen Agar, known for her collages incorporating raw, organic forms with the female form and other unique pieces, such as a hat designed for eating bouillabaisse, is having her first retrospective ever at London’s Whitechapel Gallery, May 19 – August 29. 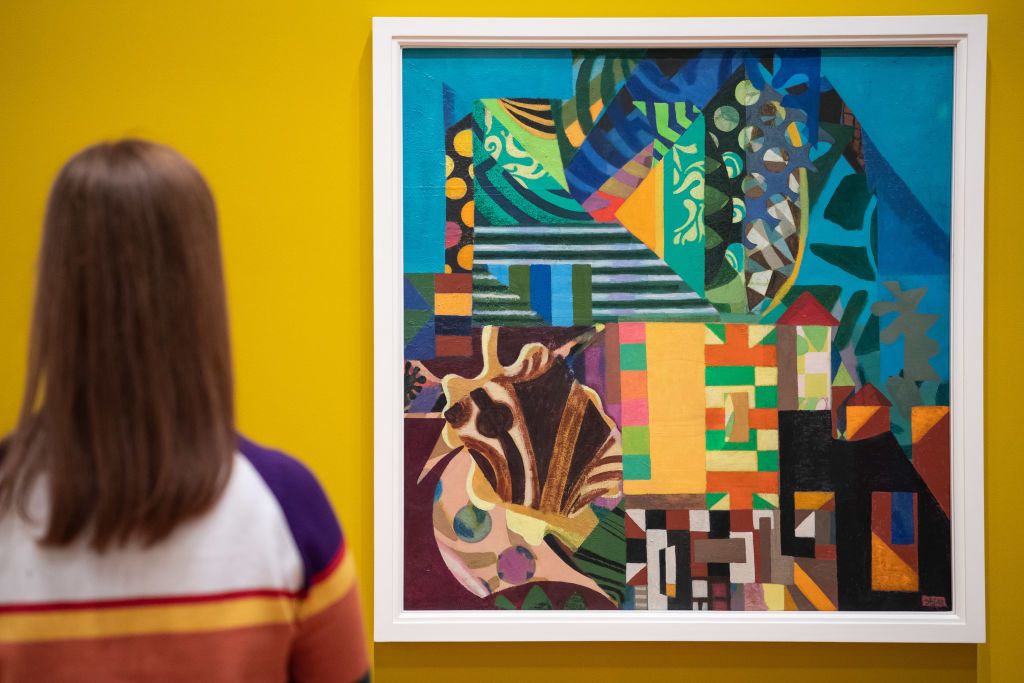 Other artists, such as Lola Brooks at Sienna Patti Contemporary are also looking up to the OG surrealists. Brooks creates surreal jewelry in the shape of hearts embedded with eyes. “I have always been fascinated by the imagery of the Surrealists and the psychological underpinnings of their vision,” she explains. “This work is more a response to the psychological, emotional and spiritual aspects of the culture that I, and we, have been immersed in for the past many years. For me, given the illogical times we are living in, surrealism was a logical response.”

With an ongoing pandemic, but a brighter future in sight—it makes perfect sense that designers want us to dream again. 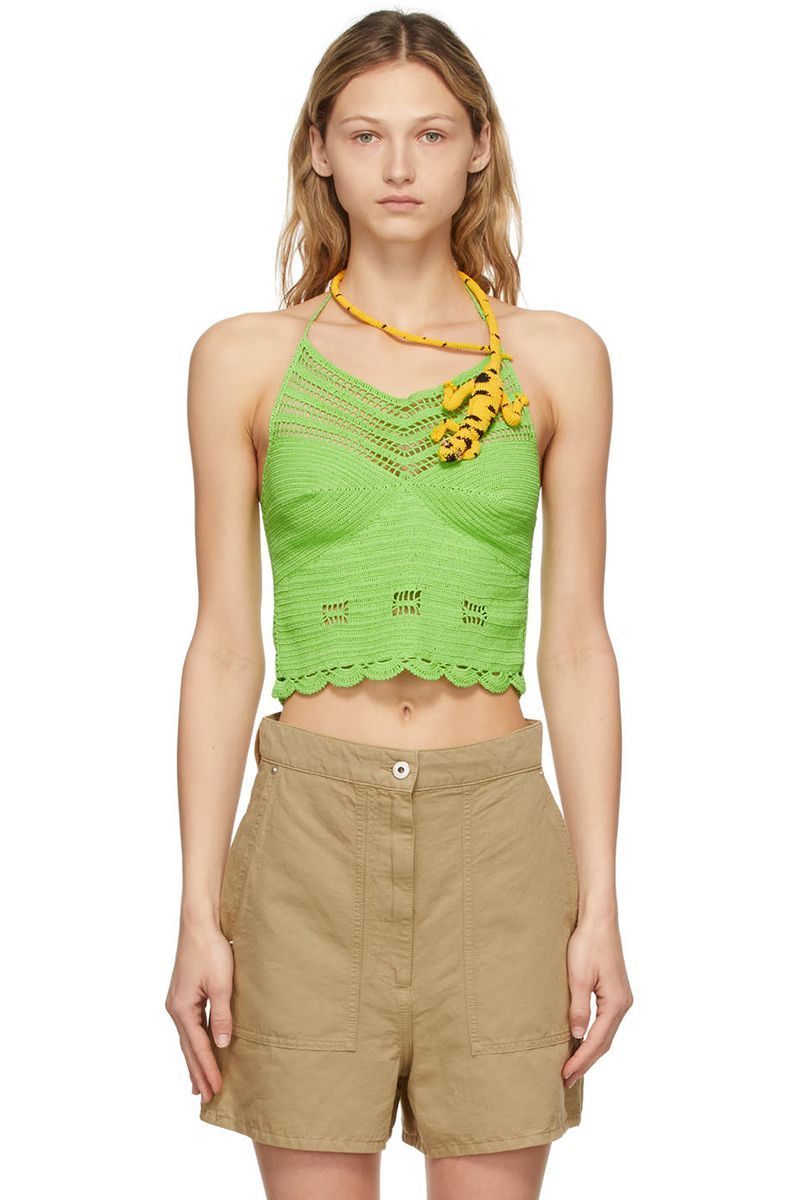 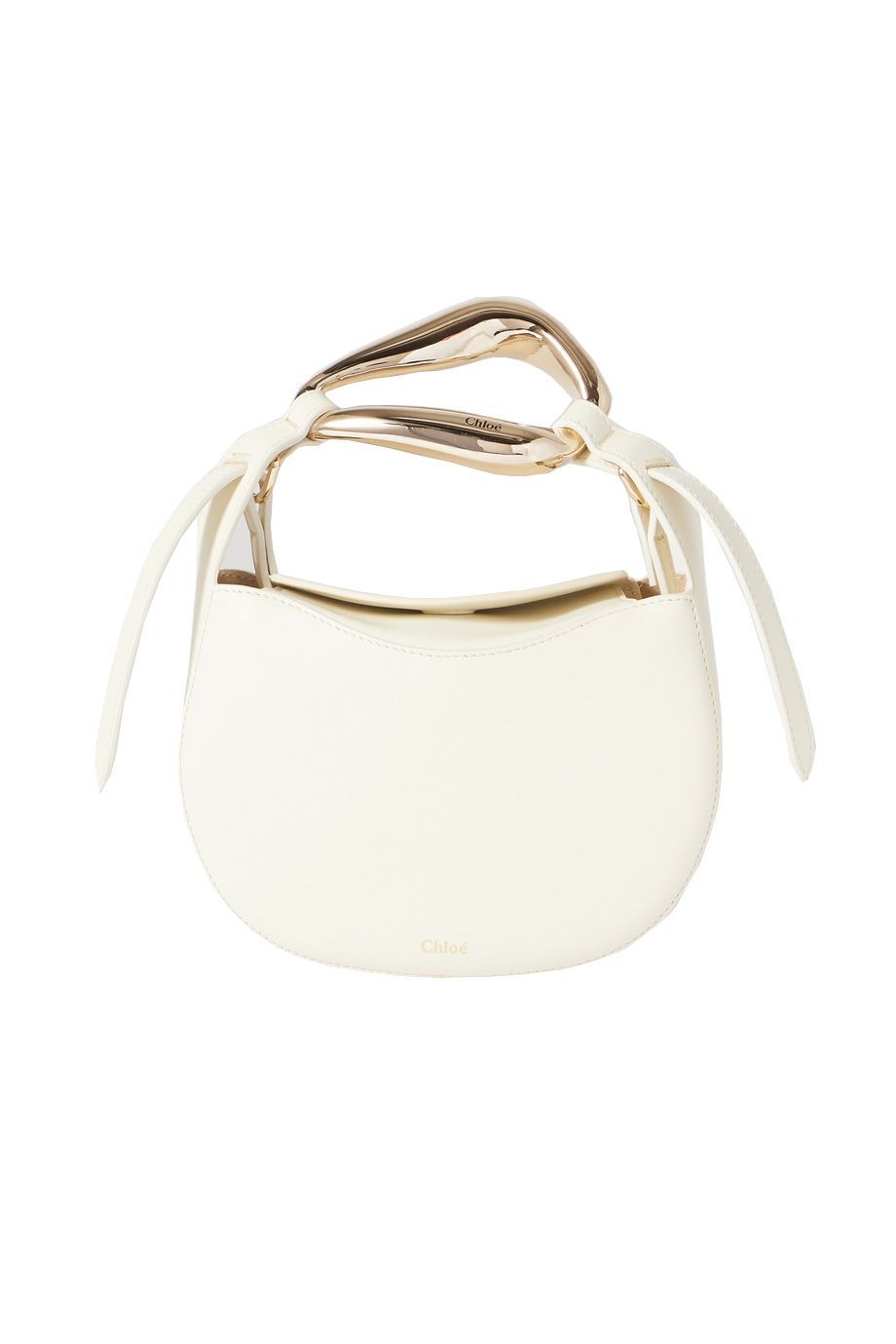 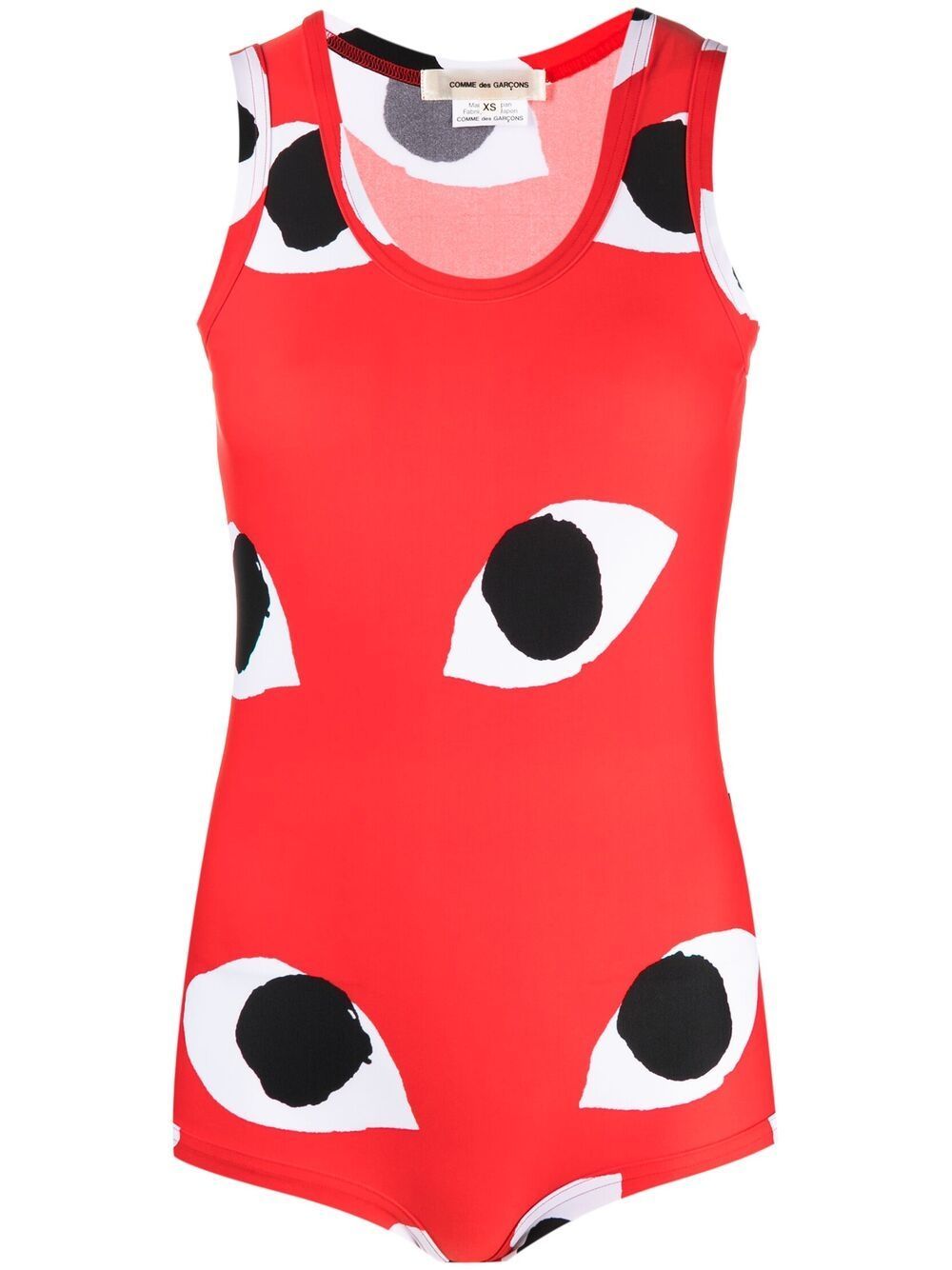 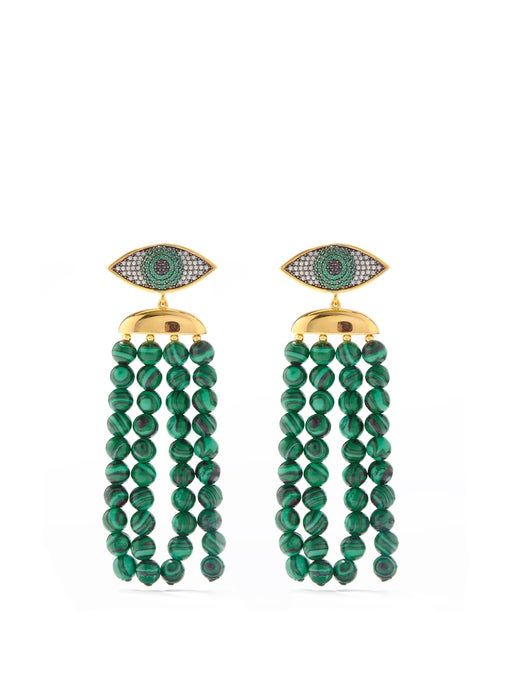