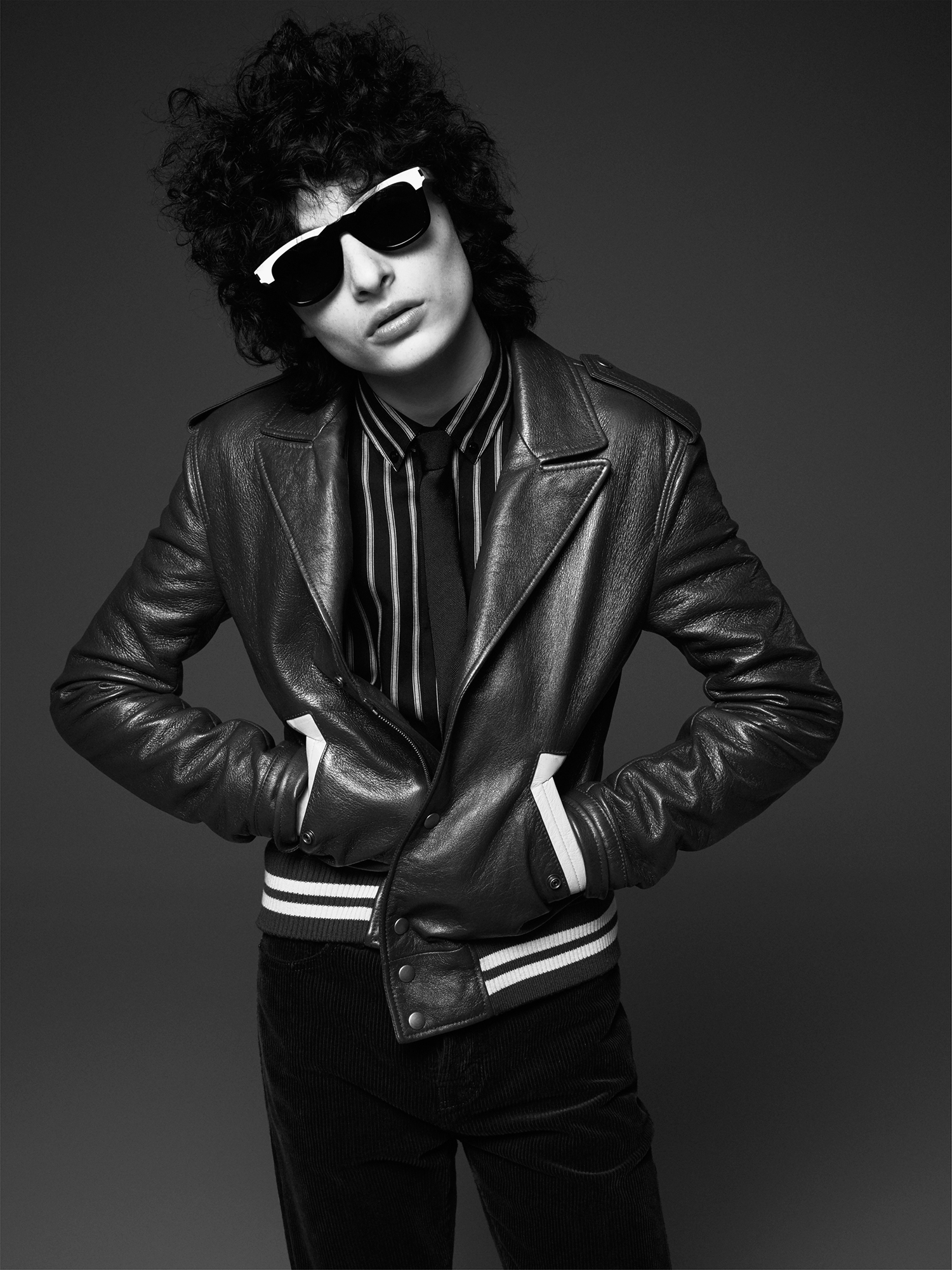 It looks like Millie Bobby Brown isn’t the only style star to come out of Stranger Things.

On Monday, May 27, Saint Laurent announced Finn Wolfhard (a.k.a. Mike Wheeler) is the new face of the fall-winter 2019 campaign in a series of Instagram pictures and one video.

In a black and white photos shot by David Simms, the 16-year-old looks identical to a young Bob Dylan. Wearing dark sunglasses that highlight his jawline with his curly hair unruly and voluminous, he is the spitting image of the ’60s folk singer.

To elevate the aesthetic even more, the It actor oozes laid-back coolness in two sharp ensembles that capture the Saint Laurent sophisticated yet edgy sense of style. In one image he rocks a sleek slim-fitting suit with a polka dot button up and skinny tie. In the other he pairs a striped shirt with a retro bomber leather jacket.

Wolfhard’s boyish energy is new for the the design house. Previous ambassadors have included Travis Scott and Marilyn Manson as well as Keanu Reeves who was just announced in April to star in the fall-winter 2019 campaign.

Styled similarly in a polka dot dress shirt and leather jacket, the John Wick star evokes a more mature side of brand while Wolfhard proves a youthfulness to the dapper style. 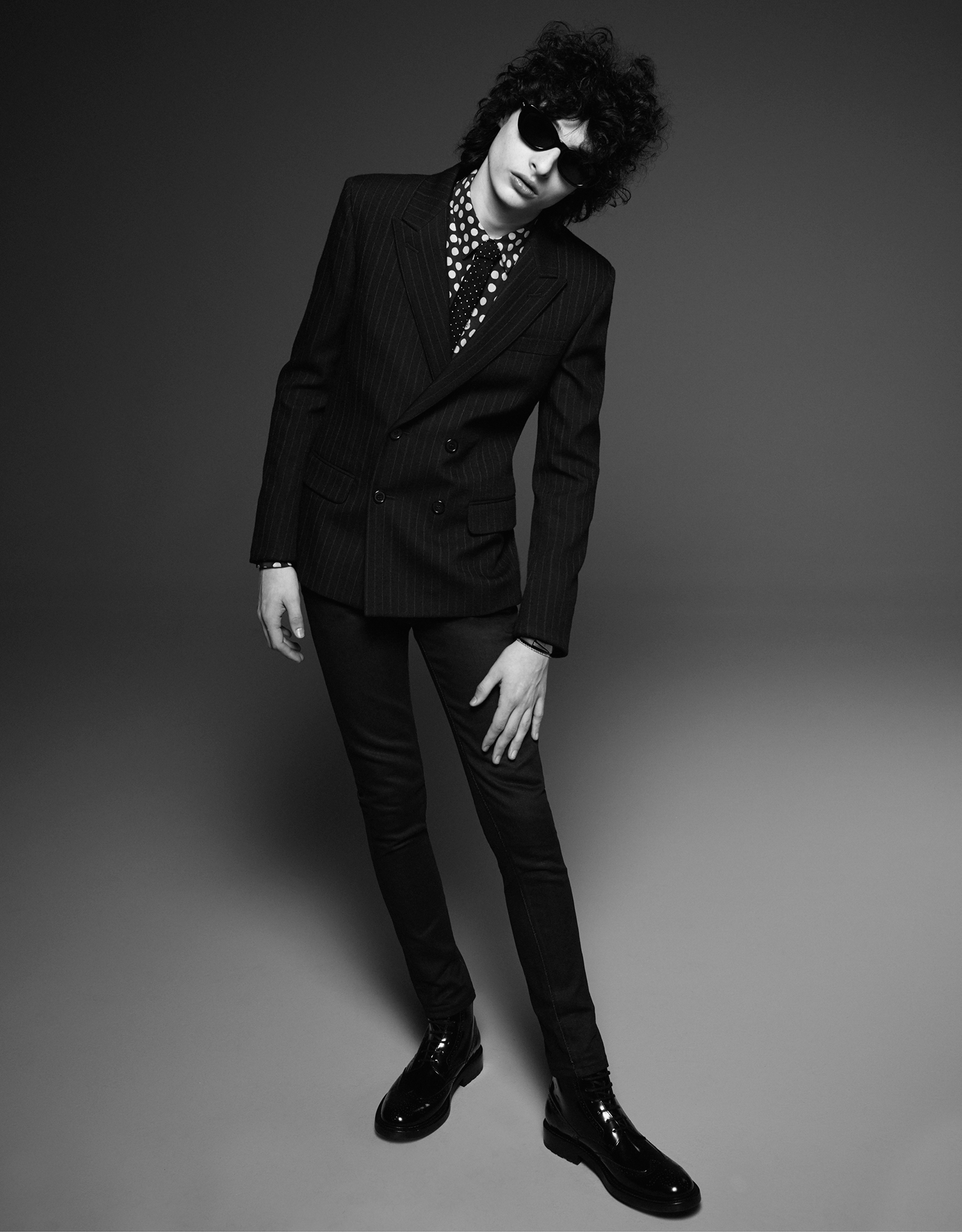 We aren’t the only ones who are excited about the young man’s new gig. Guest of Saint Laurent creative director Anthony Vaccarello, Shawn Mendes, commented on one of the Instagram posts in support. “This is amazing,” he wrote. And we totally agree.

Speaking of Stranger Things fashion, Millie Bobby Brown has also shown off her trendy side as she tours the world promoting Godzilla II: King of the Monsters. She’s hit the premiere’s red carpets in stunning dress, like the white lace mini she wore on May 26 or the black and gold tulle ballgown on May 18. Even when she’s off duty she keeps if cool and chic, accessorizing with skinny shades, bucket hats or awesome jackets.