IT can be expensive to decorate a Christmas tree, with decorations, lights and baubles often costing an arm and a leg.

However, one mum has come up with a clever way of creating a colourful and entirely unique tree for this festive season – made entirely out of BALLOONS. 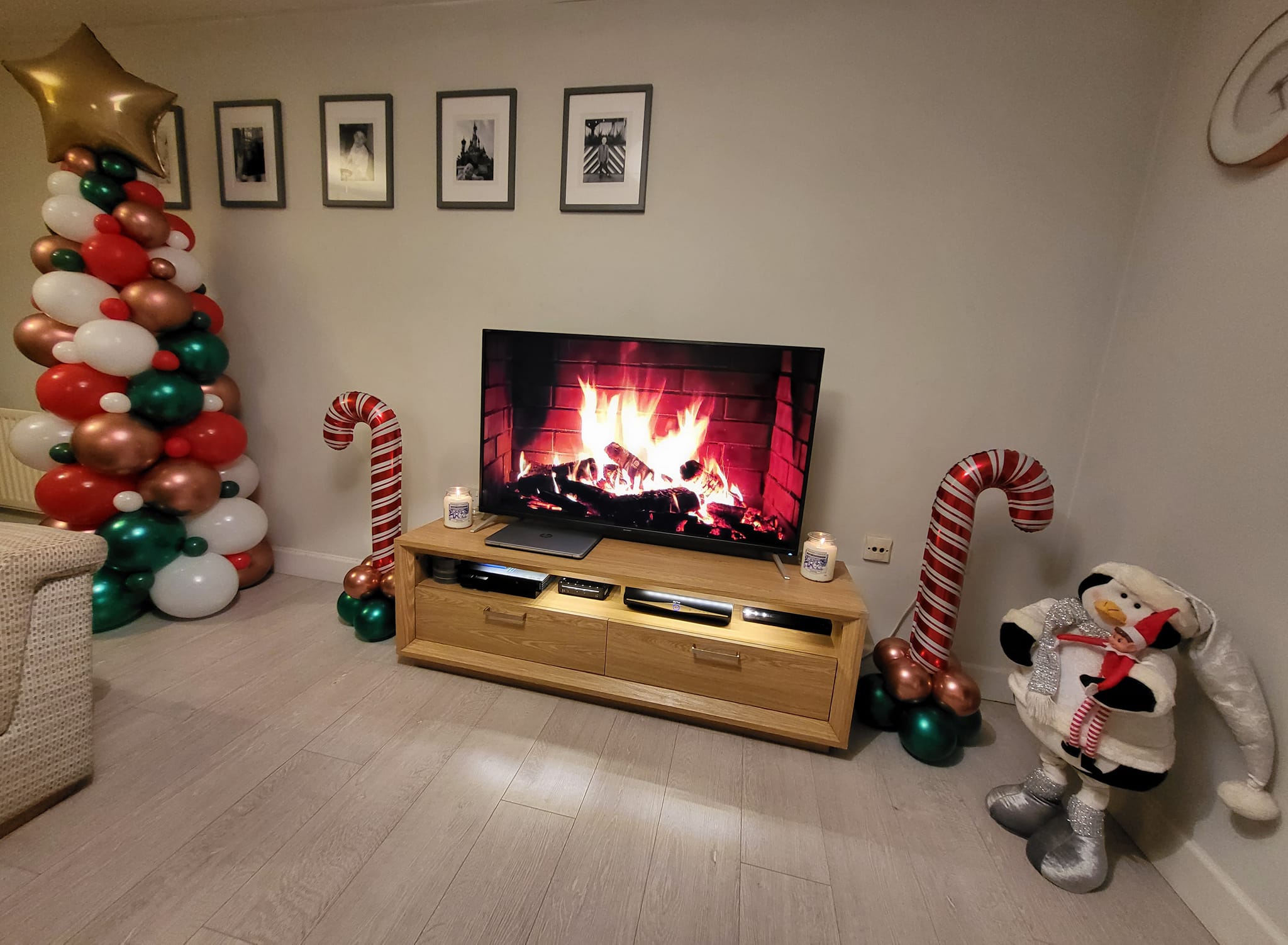 Corinne McEleney took to the Family Lowdown Tips & Ideas group on Facebook to share a picture of her amazing tree, which her friend made for her.

"This year our tree is made of balloons because nothing about 2021 is 'normal'," Corinne wrote.

As well as the tree itself, which was made up of red, green and white balloons, complete with a gold star balloon on the top, she had also made two candy cane balloons which were placed either side of the television.

And in contrast to the usual cost of Christmas decorations, the cost of the tree and the candy cane balloons was a modest £40.

However, while some followers were impressed with the balloon tree, others were less keen to follow in her footsteps with an inflatable tree.

"Looks lovely but I would miss so many memories if I didn't put my tree up. each bauble is unique and has a special meaning to me," one person wrote.

"Can't put presents under it though. I mean it's brilliant, just pop it after Christmas and you're all cleaned up! but will it last?" someone else wrote.

However, Corinne responded to stress that the balloons she has previously had made for her by her friend have lasted for "months".

Others were more complimentary, with one person writing: "What a great idea, might pinch it!"

Another person hilariously commented: "So tempted to copy this, as really cant be arsed to get everything out of the loft."

This woman was so determined to get what she wanted for Christmas that she made a powerpoint of her list.

These couples are putting Christmas trees up in their bedrooms to spice up their love lives.

And this single mum of twins shows off her incredible present pile.