"RUDE" Meghan Markle's surprise interview with Ellen "will spark dread" at the Palace following the chaotic aftermath of her Oprah tell-all, a royal expert has warned.

The Duchess of Sussex was a barrel of laughs as she joked candidly about life before joining the Royal Family in a sneak-preview clip of her appearance on the Ellen Show – set to air tomorrow. 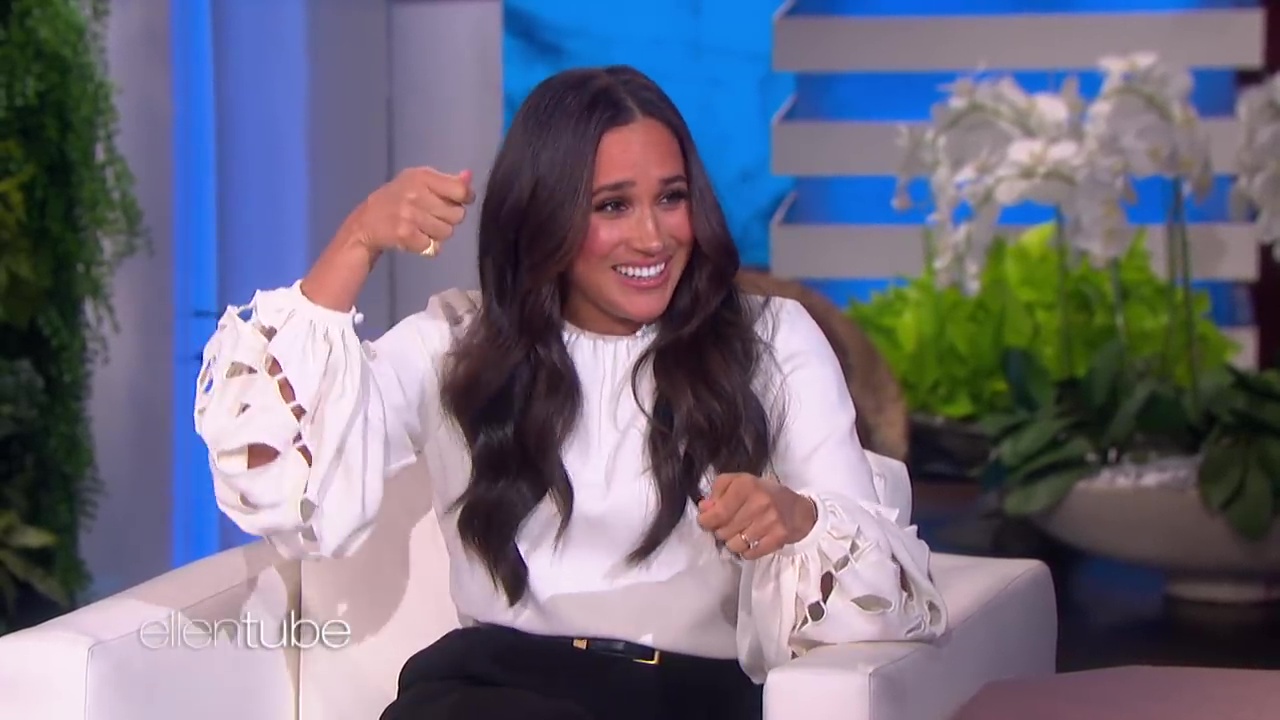 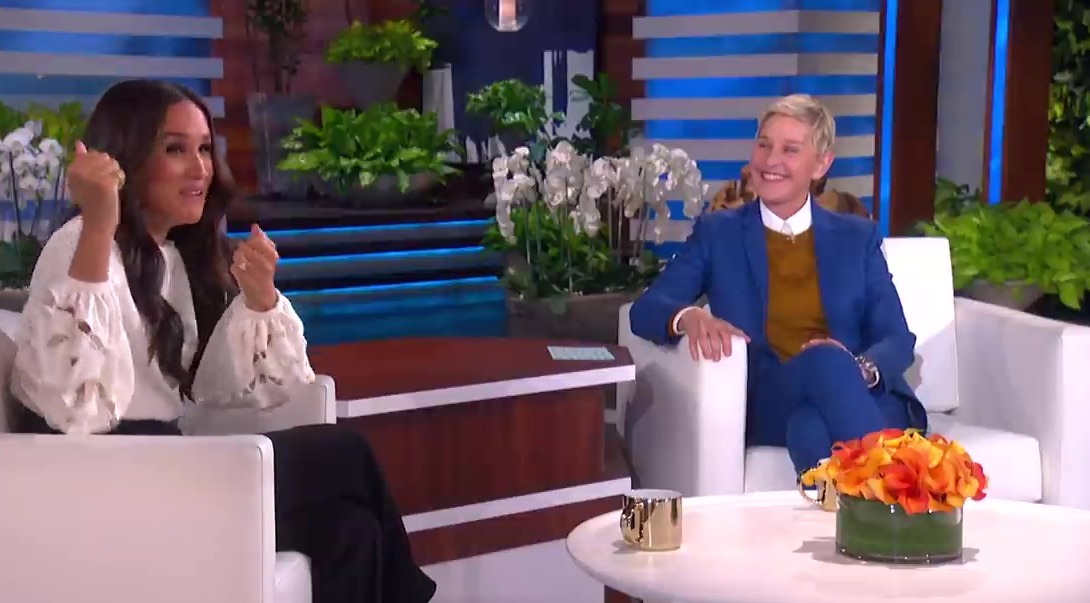 But Angela Levin blasted "ruthless" Meghan as "desperate for publicity" for carrying out the interview amid the Queen's latest health scare.

The 95-year-old monarch has cancelled four public appearances in just one month – including this year's Remembrance Sunday service.

Angela said it is not the first time Meghan's interview choices have been questionable, after the "extraordinarily bad timing" of her bombshell Oprah tell all.

The expert, and author of Harry: A Biography of a Prince, told the Sun: "I think the palace dread everything she says because she can be so rude.

"The interview with Oprah was bad timing. Prince Harry's grandfather was ill. It is all about what is good to her. She's ruthless and she thinks of herself first."

In the Oprah chat, the Sussexes alleged there were conversations with Harry and a "family" member about their unborn son Archie and what colour his skin would be – and "what that would mean or look like".

In the 120 second clip of the interview, the former Suits star beamed as she recalled how shewould go to auditions on the same Warner Bros. lot as Ellen's set.

"Meghan was acting that everything was wonderful and so funny and isn't she sweet and a bit shy. And it's not going to work really.

"There's a saying, 'people who go to the opening of an envelope'… Meghan will interview anywhere people want her."

The appearance marks the 19th and final season of the Ellen Show – after the series was hit with accusations from current and former staffers of bullying and racism on the "toxic" set.

Rumours of Ellen’s years of demanding ways culminated with ex-staff members swapping stories on Twitter – and eventually pushed the company to investigate.

Ellen and Meghan have been friends for years after meeting by chance at a dog shelter in Los Angeles.

Meghan told Ellen in the clip: “I would park at Gate 3 and scoot on over, and what was so nice was that the security guards here would always say, ‘Break a leg, we hope you get it!’ So the drive in today was very different."

Asked if the security guards recognised her, the mum-of-two replied: “I think they probably said it to everybody. That’s how nice they were.”

The clip appears a far cry from the tone struck in Meghan and Harry's explosive Oprah interview back in March, in which the couple discussed their struggles as working royals.

Ellen went on to point out that Meghan drove to auditions in a “very special car” to which the duchess instantly laughed.

And telling how her Ford Explorer Sport "had a life of its own", she laughed: "At a certain point the key stopped working on the driver’s side, so you couldn’t get yourself in through the door.

“After auditions I would park at the back of the parking lot and I would open the trunk and climb in, then pull it shut behind me and crawl over all my seats to get out. That’s how I would come to and fro."

It was today claimed that Meghan and Harry won't join the Queen for her first Christmas without Prince Philip.

The Sussexes will instead spend the holidays at their £11million California mansion with Archie, two, and five-month-old Lilibet to avoid a "media frenzy" upon their return to England, it is understood.

This year will be the first Christmas since the death of the Queen's "strength and stay" Prince Philip in April.

The Palace did invite Harry, 37, and Meghan, 40, to join them for their traditional Christmas Day festivities in Sandringham, but they are set to decline, Page Six sources understand.

One insider said: "There’s a lot that goes into the logistics and the planning of the family Christmas, so of course, staff know that Harry and Meghan are not coming.

"If they were, they would have communicated it to their family by now.

"But this is Her Majesty’s first Christmas without her husband, so one would have hoped they would want to be with her." 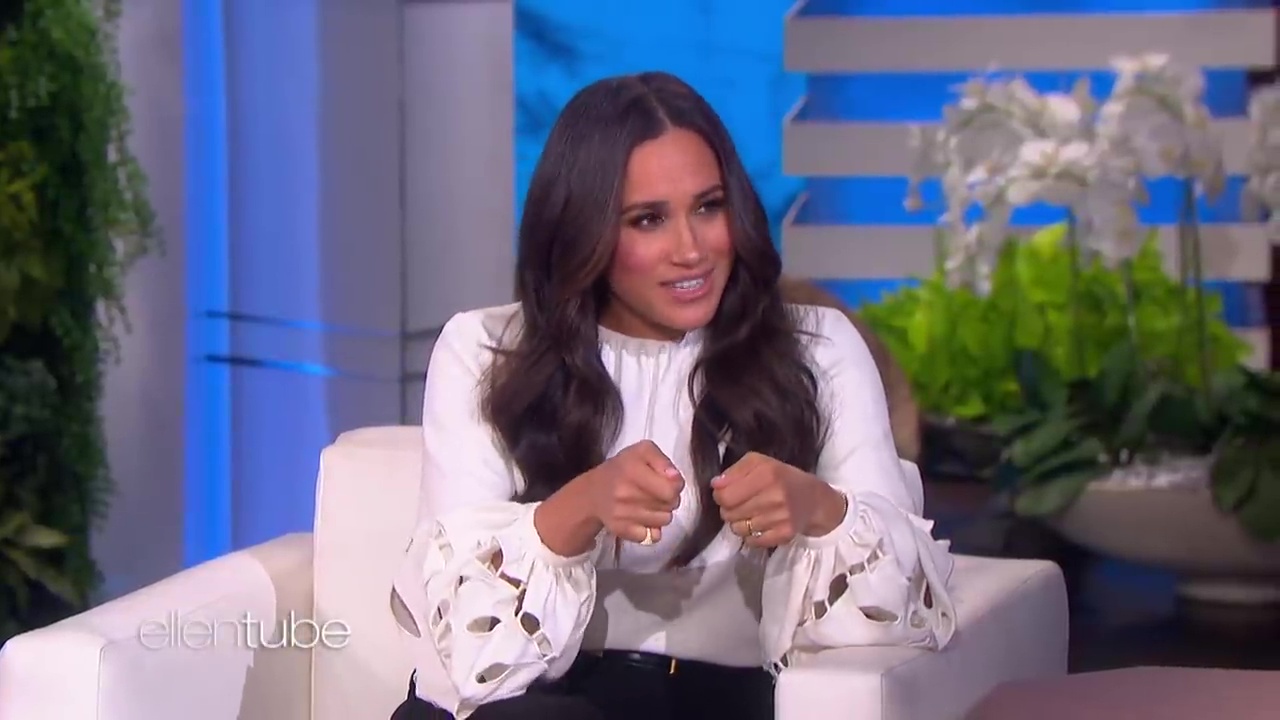