While heading to dinner in West Hollywood on May 17, Rihanna left little to the imagination in her ensemble, which consisted of a tiny white crop top and matching skirt.

Rihanna is one stylish singer, and she showed off another sexy look while enjoying a night out in West Hollywood on May 17. RiRi hit up Nobu for dinner, wearing a white crop top and high-waisted skirt combination. The top resembled a bra with a halter tie around Rihanna’s neck, and the skirt had side cutouts. She completed the look with a velour jacket, but dressed it up some more with a pair of strappy, open-toed heels that wrapped around her calves. 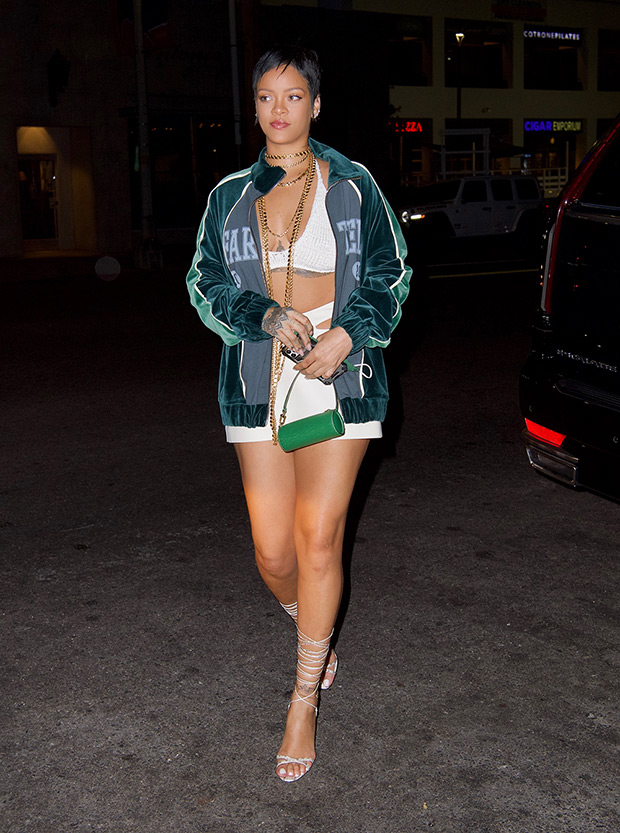 To accessorize, Rihanna wore layered, gold chain necklaces and carried a small green purse. Her shorter, cropped hairstyle was also on display, and her skin was glowing, with lip gloss on her mouth. As always, she looked super fierce, and the paparazzi snapped photographs of her walking inside the restaurant with her full look on display.

We’ve been seeing RiRi out and about quite a bit lately, but that hasn’t stopped fans from begging her for some new music. It’s now been more than five years since Rihanna dropped her last full album, Anti, in Jan. 2016, and fans have been anxious for new tracks for quite some time now. Rihanna has admittedly gotten annoyed at all the pestering, but in March, she teased that something new could be coming sooner than expected. 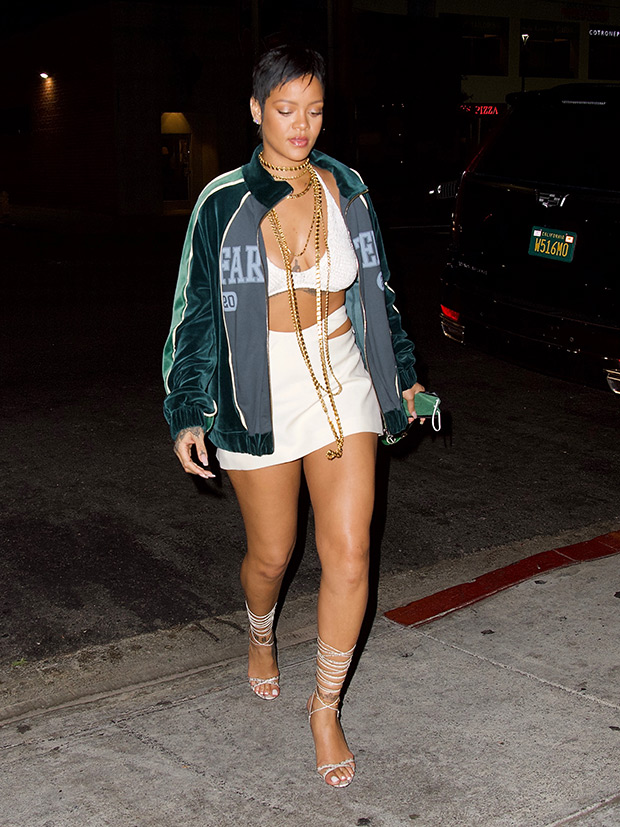 In March, Rihanna celebrated the milestone of Anti spending five full years on the Billboard 200 chart. One fan told her she should “celebrate” the occasion by “releasing a new song,” and rather than shutting down the possibility, Rihanna responded “I think I should. Just 1 tho lol.” However, it’s been nearly two months since that comment, and we have yet to hear from her about it again.

Of course, just because Rihanna hasn’t put out new music, certainly doesn’t mean she hasn’t been keeping busy. She has her Savage x Fenty clothing line to focus on, as well as her Fenty Beauty line, and more recently, a Fenty Skin collection. Rather than spread herself too thin, Rihanna has made a point to make these ventures her focal point of the last few years, but has promised that music will “always” be her “baby.”