Home » Fashion » Parents make girl, 3, her dream princess castle bedroom & it’s even got a bed with a slide AND a Mickey Mouse Clubhouse

A MUM and dad painstakingly transformed their daughter’s bedroom after she requested a princess-themed castle bed along with a Mickey Mouse clubhouse.

Izabela Gaik asked her little girl, Ellie-May, what decor she wanted for her bedroom, and the two-year-old didn’t hold back. 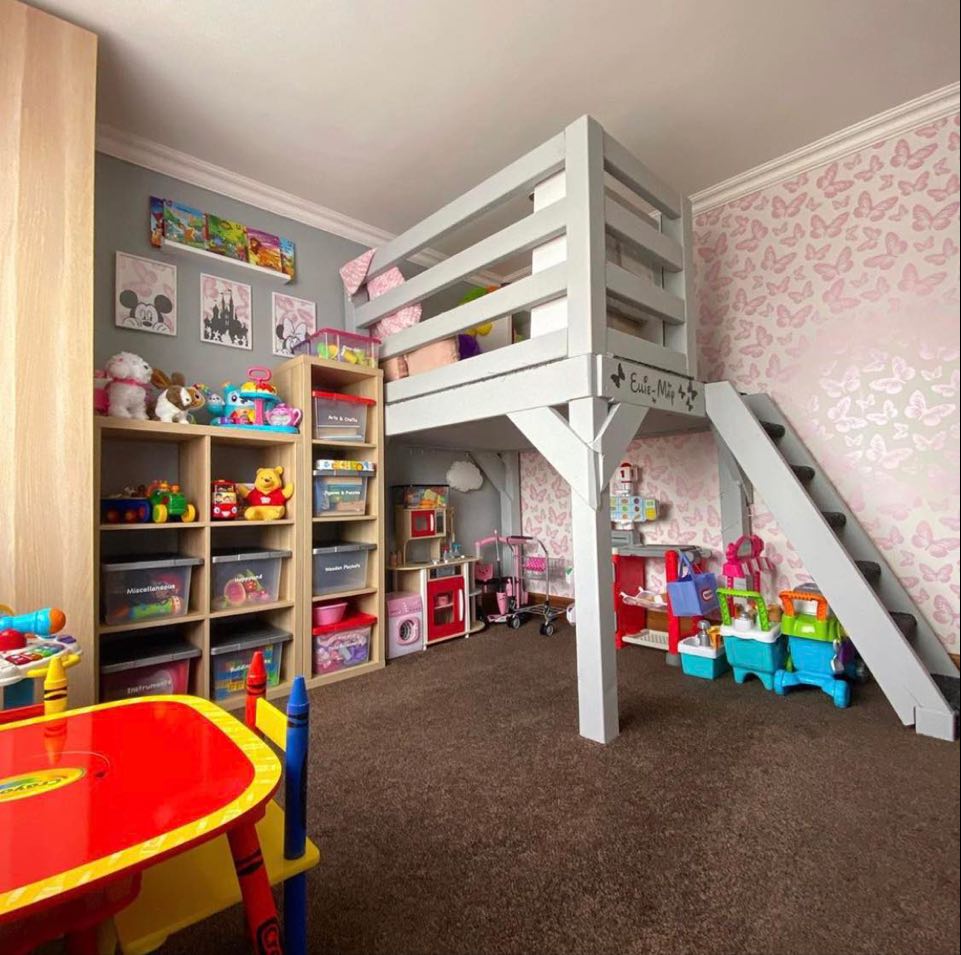 Izabela set about creating Ellie-May's dream bedroom, and shopped at Ikea and eBay for bargains.

She shared the transformation to Facebook group DIY On A Budget Official, saying: “Few weeks ago we’ve asked Ellie (our nearly 3 year old daughter) what would her dream bedroom look like.

“She said she’d like a castle, a hideaway, princesses, Mickey Mouse Clubhouse and a bed with a slide.

“Not much then kiddo. Good job mummy and daddy like a challenge and here’s the outcome. 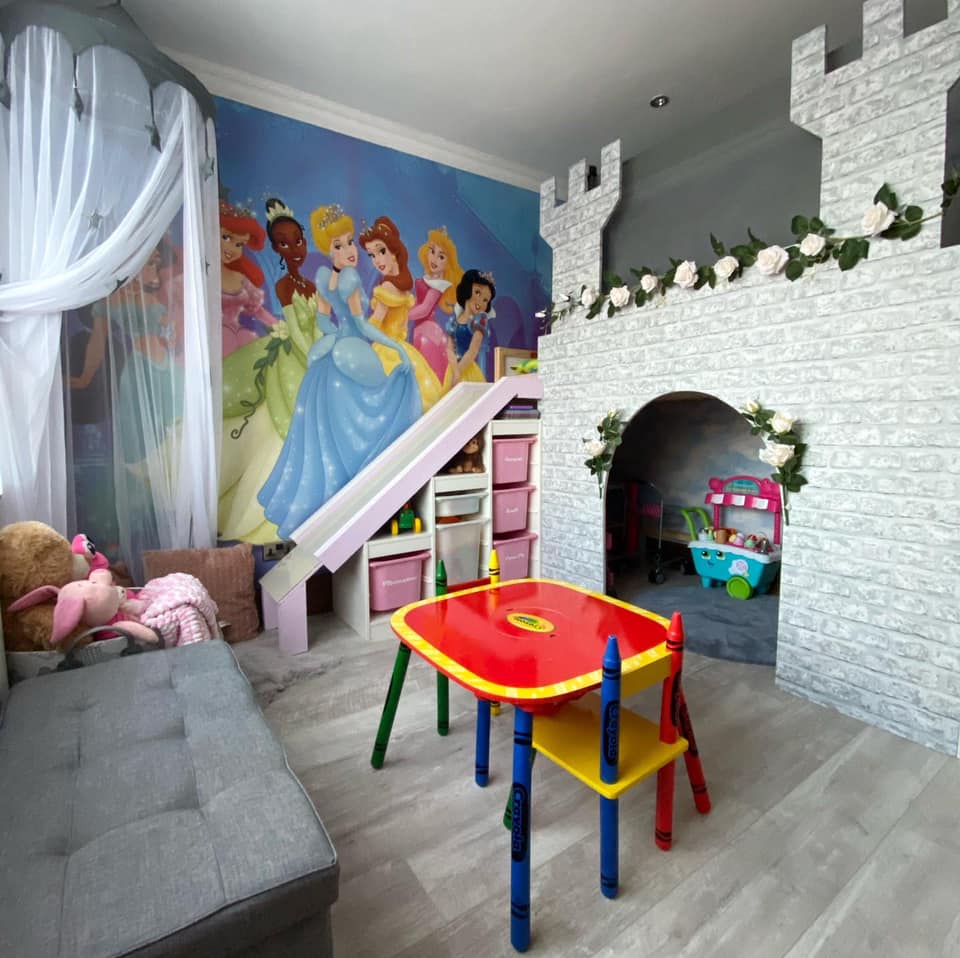 “We are actually pretty proud of how it turned out.”

Izabela explained how they created the masterpiece, as she estimated it cost less than £300, with all the furniture bought at Ikea.

She wrote: “Bed – it’s the popular kura bed from Ikea + couple of sheets of plywood. We’ve hand drawn the castle, cut out the shapes and mounted it all together. 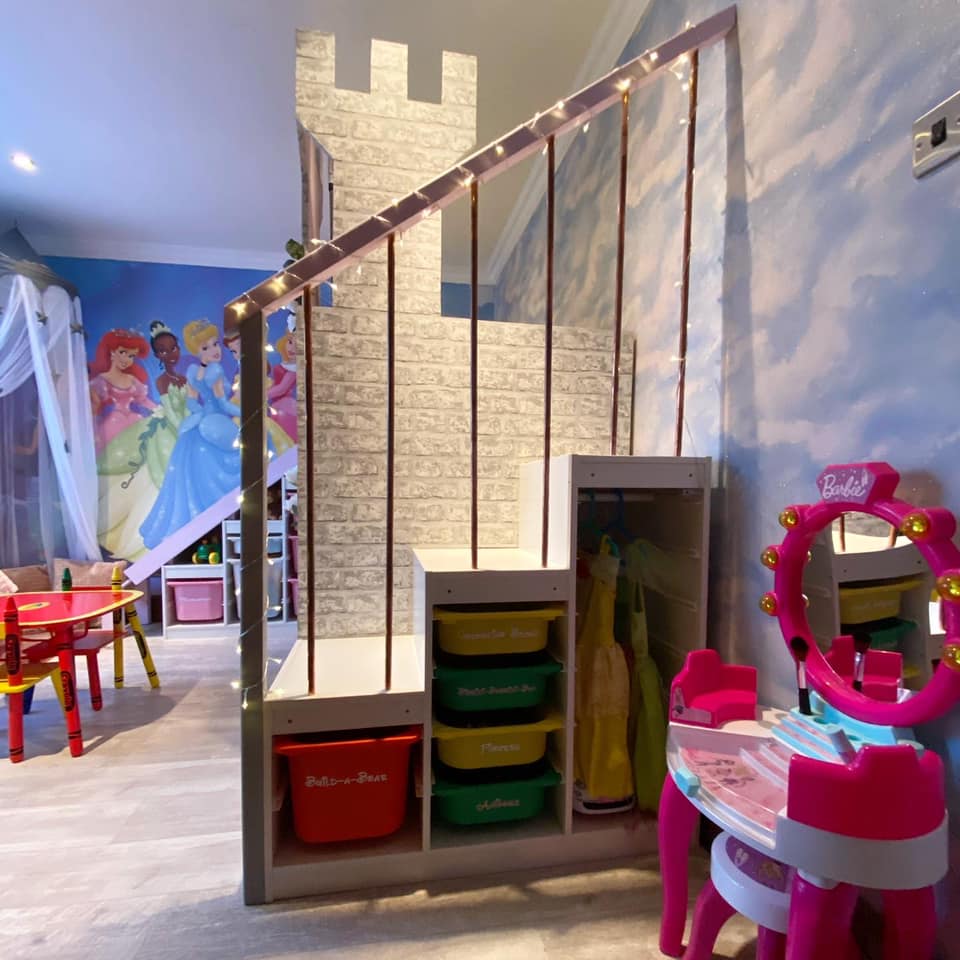 “Slide and stairs – trofast units from ikea. Slide was custom made by us so it’s not as slippy as your usual playground slide.

“We couldn’t put it all the way down to the floor as the gap between the slide and the wall would become too small (we really wanted to).

“Princess wall – it’s a wall mural from eBay. I have paid £29.99 for it however the seller I bought it from has put the price up. 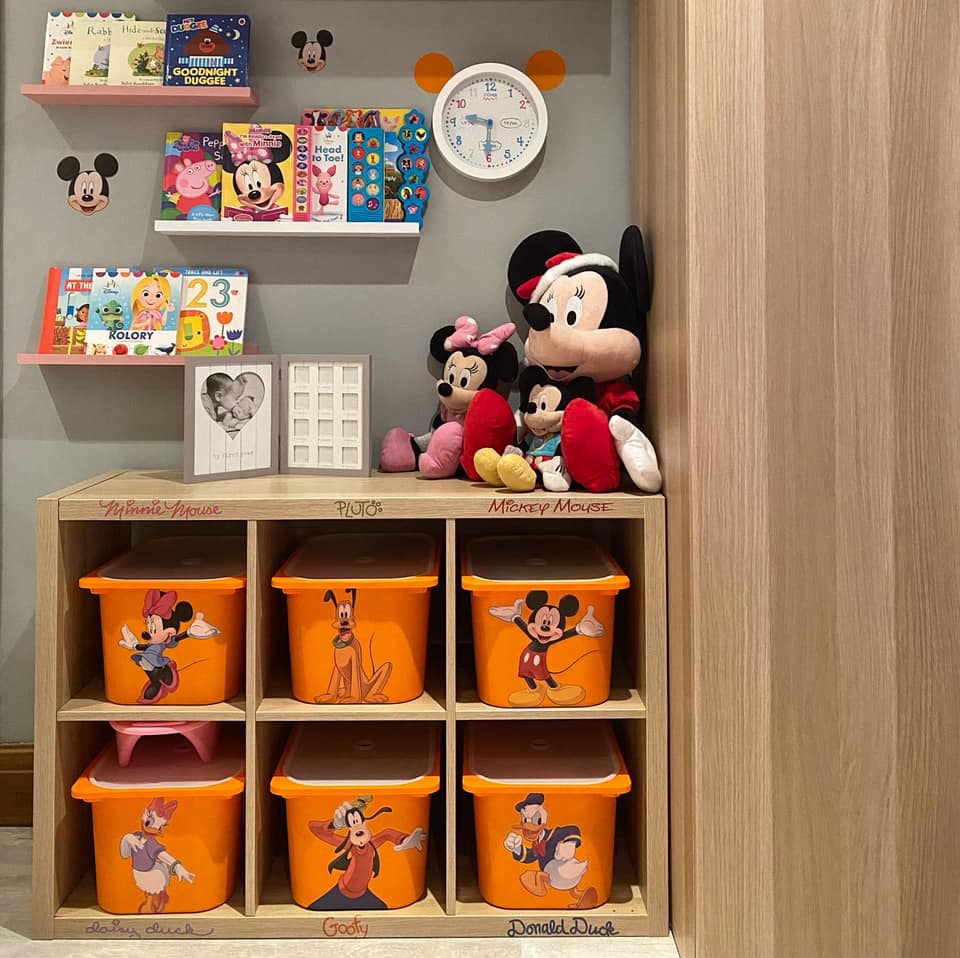 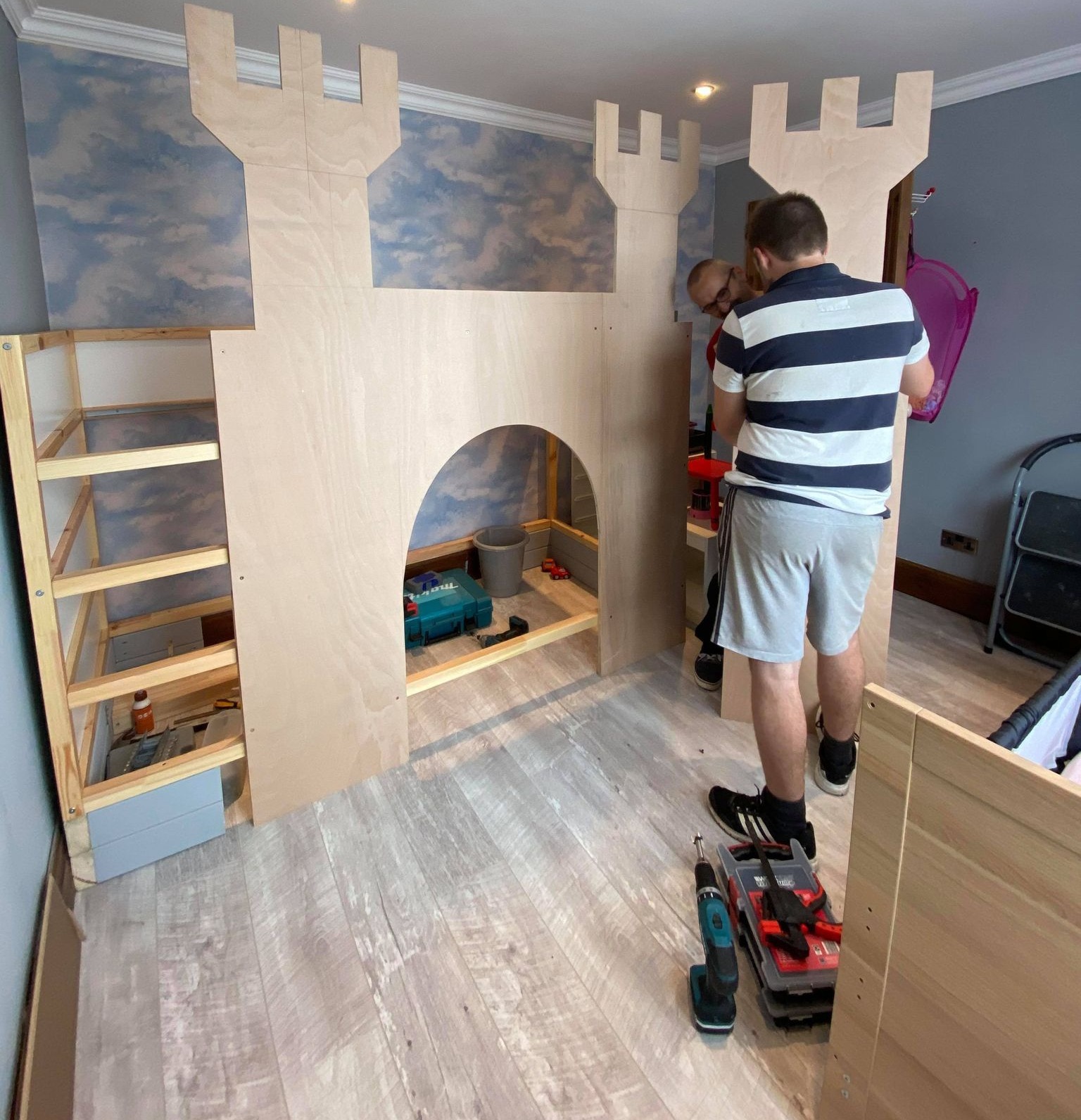 And for anyone worried about Ellie-May falling out of bed, Izabela confirmed there was a stairgate to stop her tumbling out. 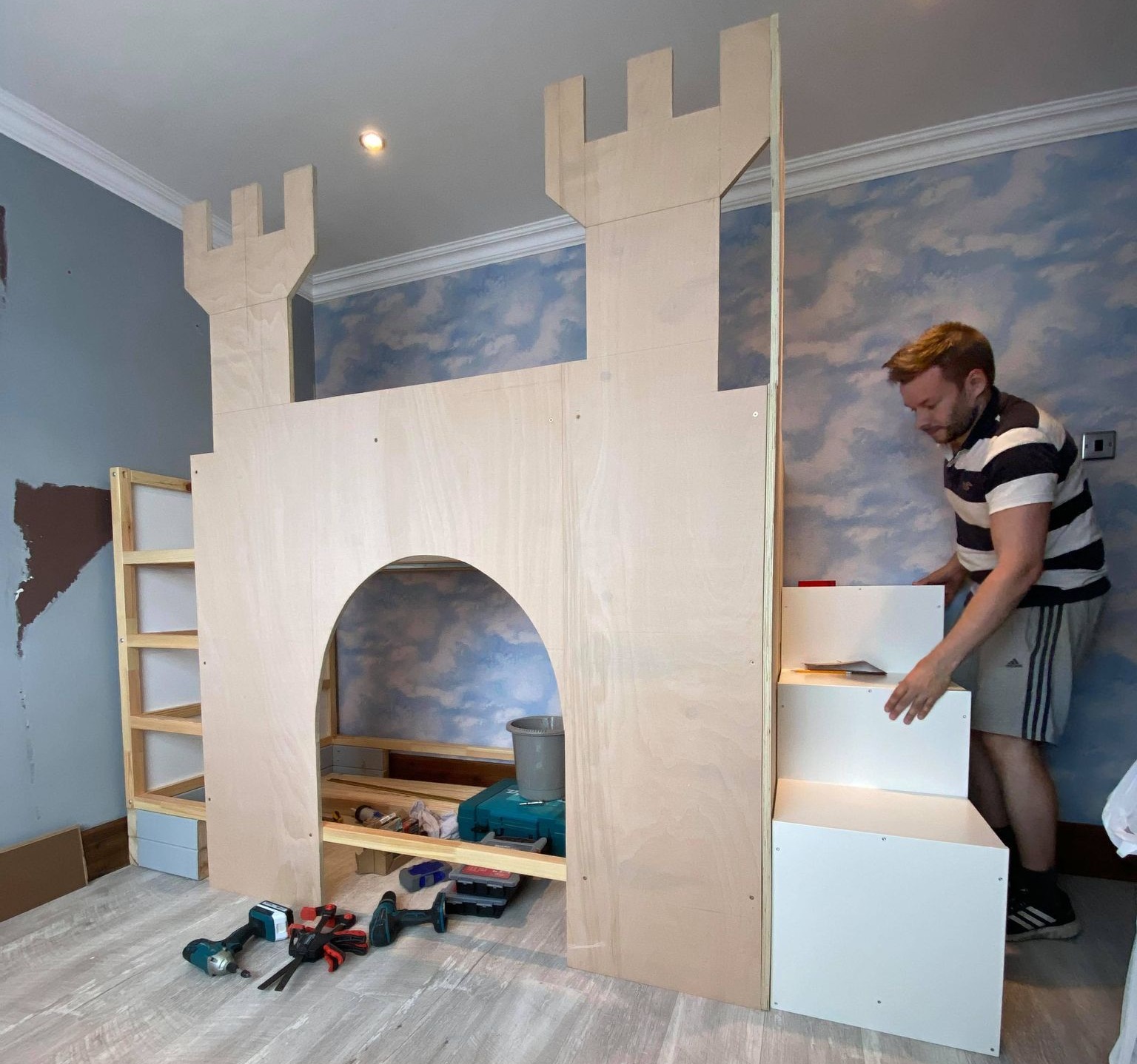 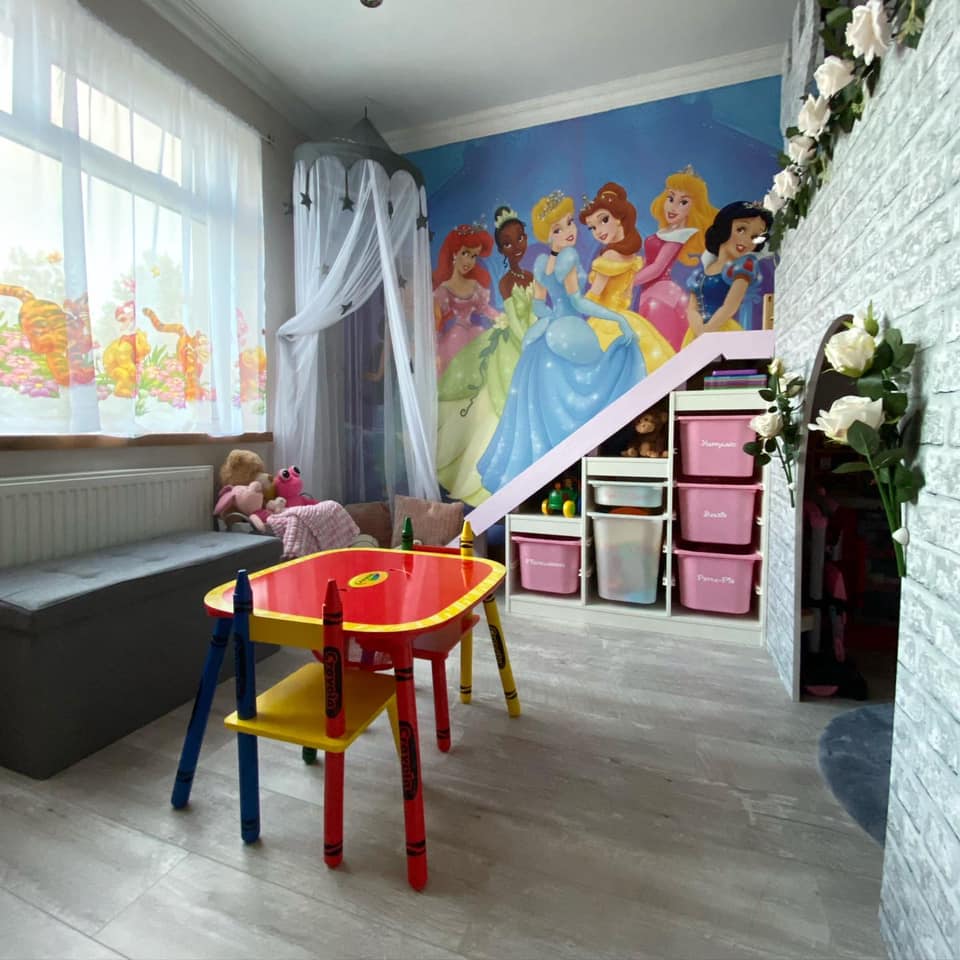 Thousands of people liked the post, and Izabela later said she was “overwhelmed” with the positive comments she received.

Another said: “Wow!! This is amazing! I want this room.” 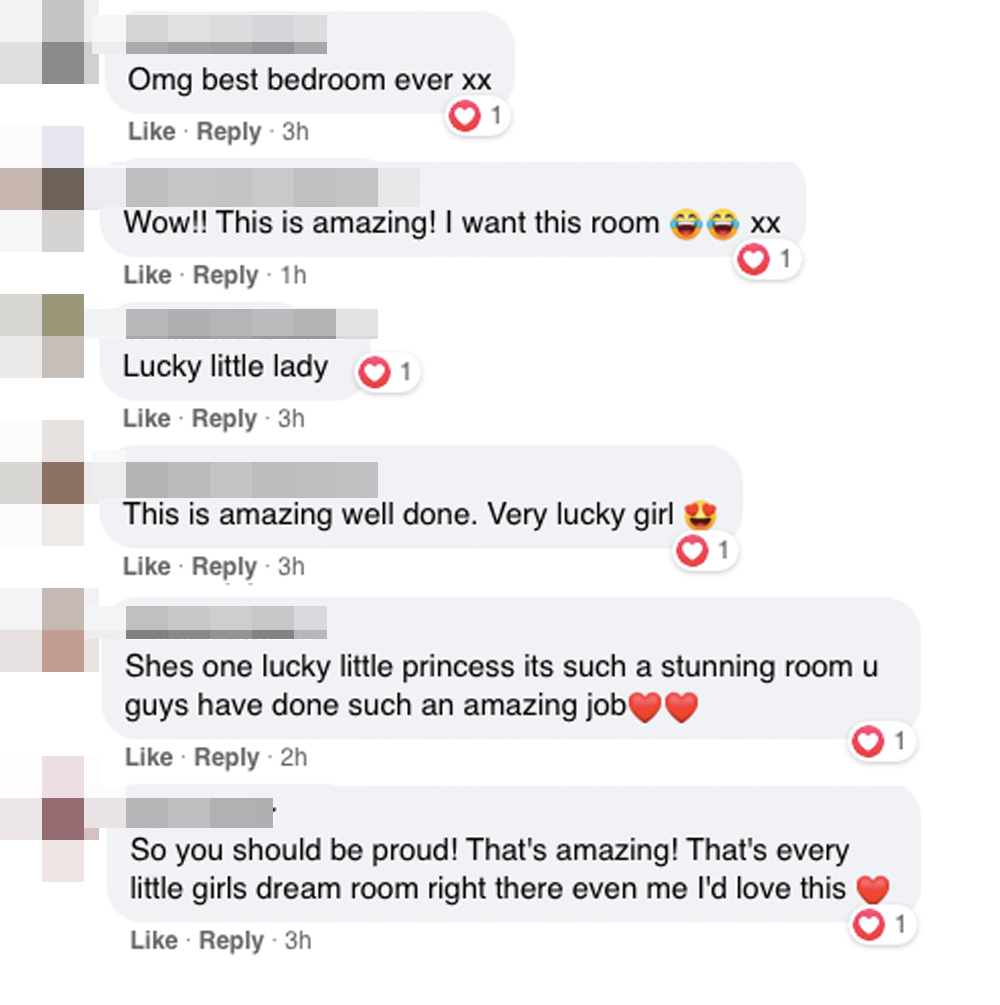 While this parent added: “She’s one lucky little princess it’s such a stunning room u guys have done such an amazing job.”

While someone else wrote: "So you should be proud! That's amazing! That's every little girl's dream room right there even me I'd love this."

And this mum who couldn’t afford a summerhouse renovates a caravan for the garden instead using Amazon & eBay bargains.

Meanwhile this mum transforms dull bedroom into a jungle-themed nursery for her son using bargains from Ikea and Matalan.

Plus parents are raving about B&Q’s £57 room dividers which instantly give warring kids their own space.