A BRIDE has been left fuming after her sister-in-law turned up to her wedding in a dress almost the exact same shade as hers.

What makes it even worse is the fact that she refused to take photos down from the special day, even though the bride and groom requested she do so. 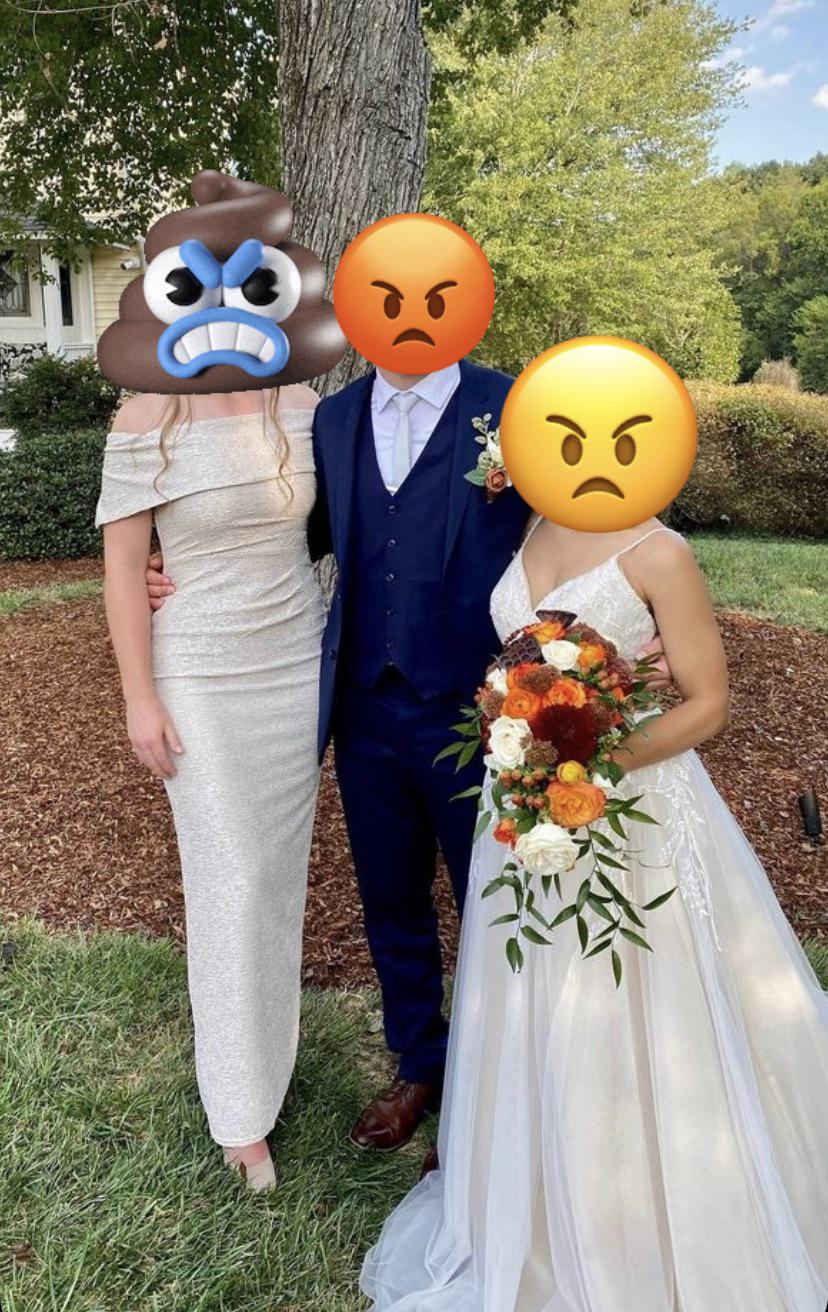 Posting to Reddit, a woman shared a photo of her and her sister-in-law from the wedding to show the slight difference in the colour of the dresses.

She said: "My SIL wore a dress a shade lighter than mine to our wedding, posted my wedding dress on all her socials, and then ignored us when we asked her to take it down."

The bride then clarified things further in the comments.

"I am the one with the bouquet. My dress was champagne coloured. My SIL was wearing a dress that was lighter than mine. It’s kind of hard to discern the difference from the photos," she said.

"My husband is in the middle. He was going to kick her out but I asked him not to. She likes the attention and I didn’t want our day overshadowed by her. He did his best to keep me away from his entire family and he ignored her completely before and after the pictures were taken.

"He refused to speak or look in her general direction. This was one of three pictures that we had with her. He was grimacing in all of them. His parents took this picture because the photographer avoided her entirely."

She went on to say that she comes from a different culture where there are certain colours you don't wear to a wedding as they're deemed offensive.

"I told her what they were and she agreed to not wear them. She actually sent me a picture of a rust-coloured dress and asked if it would be okay to wear it," the woman explained.

"I said yes and then she turned around and pulled this. She KNEW I wouldn’t be okay with it and I had no idea she changed the color until my bridesmaids told me on the wedding day.

"After the wedding, she posted a picture of me in my wedding dress on her socials. We had asked for people not to because we wanted the opportunity to share our photos with friends and family first.

"We had voiced this as well. Everyone listened except for her. She CHOSE to not listen and ignored her brother when he asked for her to take it down."

The bride explained that her sister-in-law did everything she knew she wasn't supposed to and was "going out of her way" to be disrespectful.

The commenters on the Reddit thread unanimously agreed that the sister-in-law was in the wrong.

"I'd say let her keep it up. So everyone on her social media knows she's the type of person to wear white to someone else's wedding," one person suggested.

"If you're the kind of person who'd dress as a bride at someone else's wedding you're showing you have no shame, decency or respect for the couple," someone else wrote.

"Super weird that she dressed like a bride at her brother’s wedding," a third person commented.

A fourth commenter added: "Especially when she is standing beside him with their arms around each other and the actual bride is kinda awkwardly stood downhill from them like she's the intruder in the photo."

Others took the opportunity to share stories they have of similar occurrences at weddings they attended.

"I attended a wedding where the sister of the groom wore a very bridalesque floor-length white gown and the mother of the groom made mentions of how her daughter looked like “the beautiful bride” in her speech (that she never mentioned the bride in)," one person shared.

Another added: "Went to a wedding. Groom's sister is in a floor-length, tule, ballgown in a very light shade of pink. Like…very very light. Everyone was staring at her like…uhm miss what?" 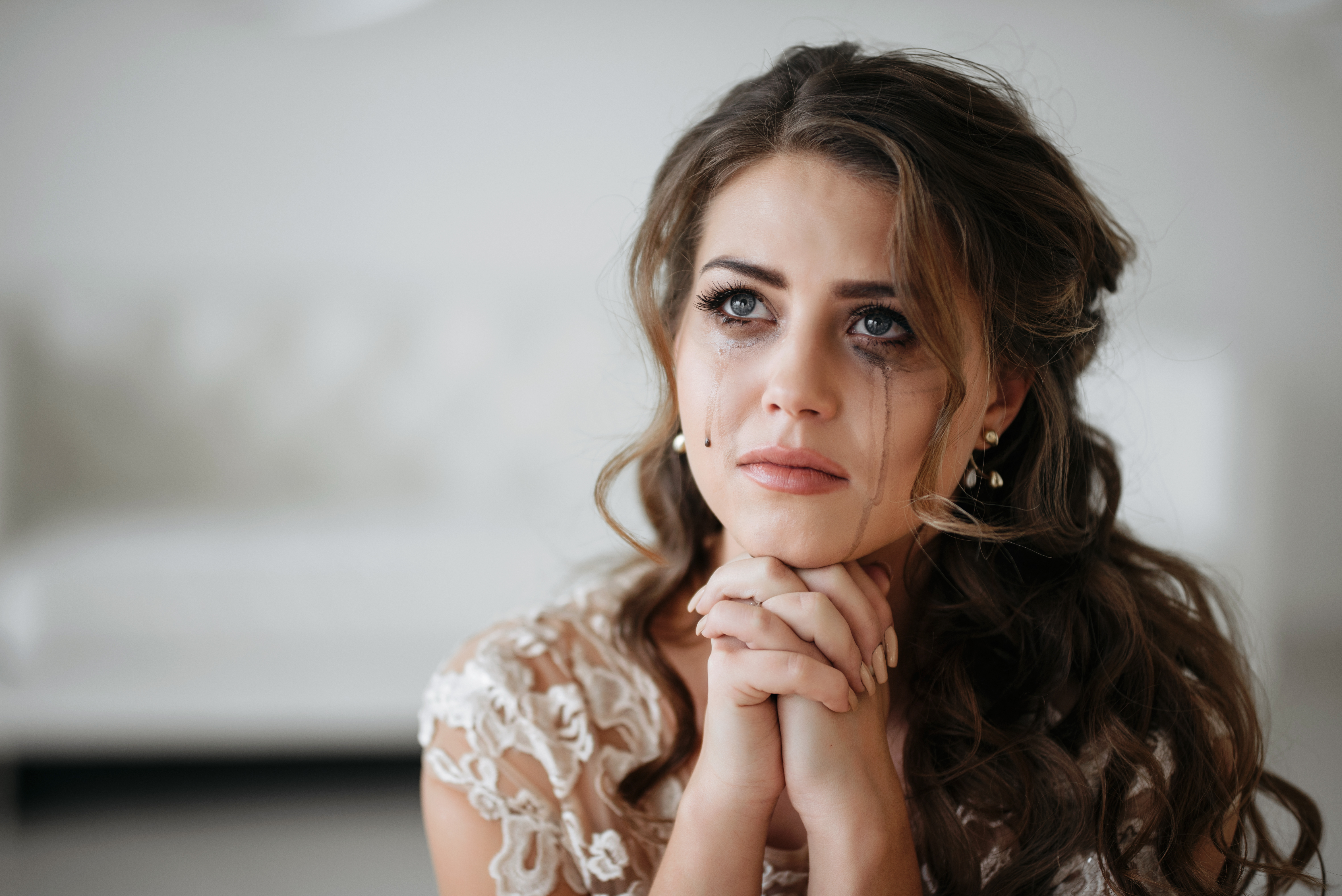 Elsewhere on Fabulous, I’m a bad bridesmaid, I cut up my frumpy dress two days before the wedding – people say I’m trying to upstage the bride.

Plus people pay me to be their bridesmaid – they don’t know me and their husbands think I’m a friend.

And a best man’s cheeky comment is picked up by wedding microphone during newlywed couple’s first dance.