AT THE height of Dean Windass' career, he earned £500,000 a year and lived in a seven-bed mansion with his wife and kids. 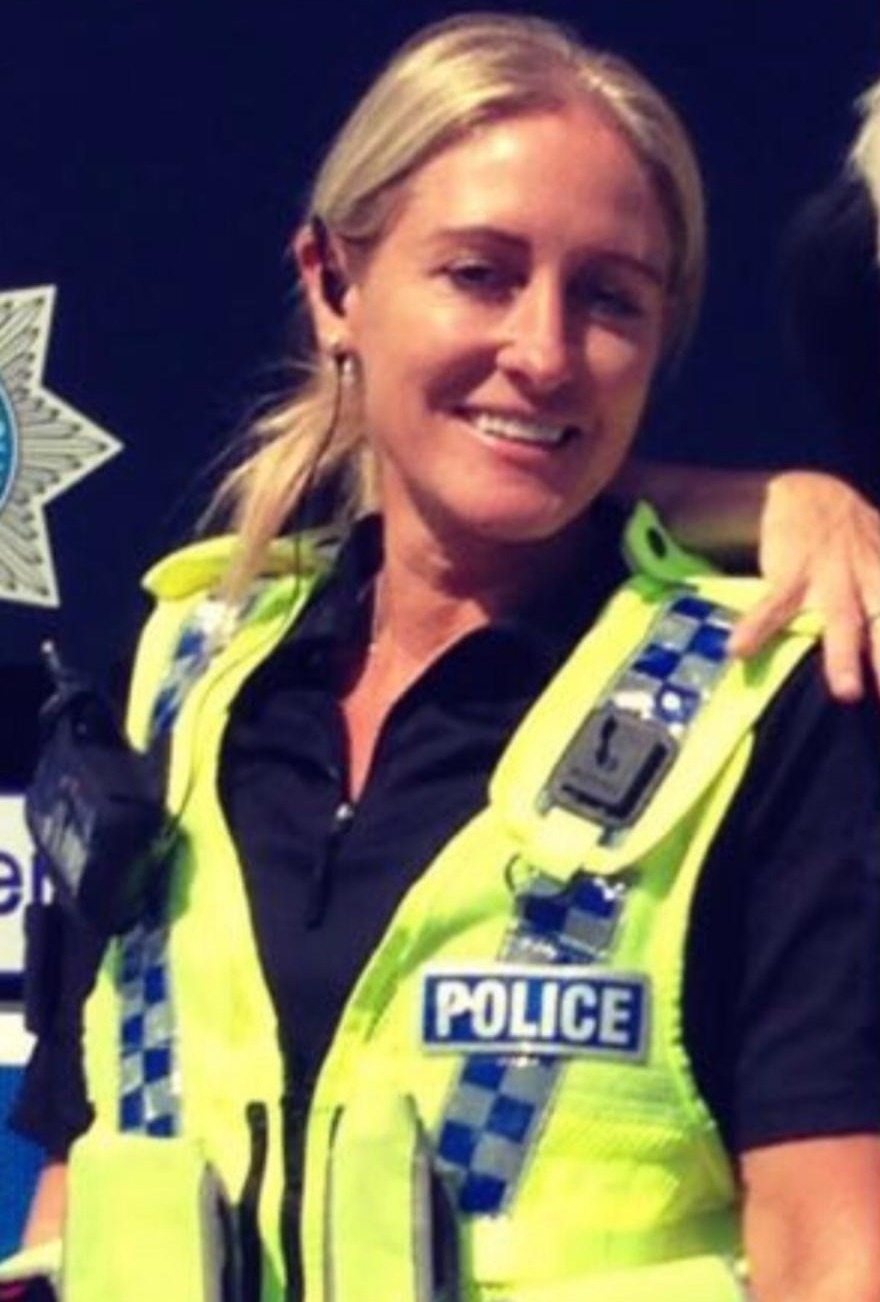 When the mum-of-two, now 55, joined Harrogate Police in 2003, her husband was playing for the likes of Middlesbrough and Bradford City – leading many to ask why she'd seek out the life of a cop.

In an exclusive chat with Fabulous, ahead of a new show called Women on the Force, she says: "When I first joined the police, people would say ‘why are you doing this job? Your husband’s a footballer, you’re a WAG’.

"People would say 'you don't need to be at work, your husband earns thousands of pounds-a-week' but I'd reply ‘just because he’s a footballer doesn’t mean I have to sit at home and play wifey all day, I need something for me’.

"I still get called an ex-WAG sometimes at work when we're having a bit of banter, I just laugh it off and take it on the chin. 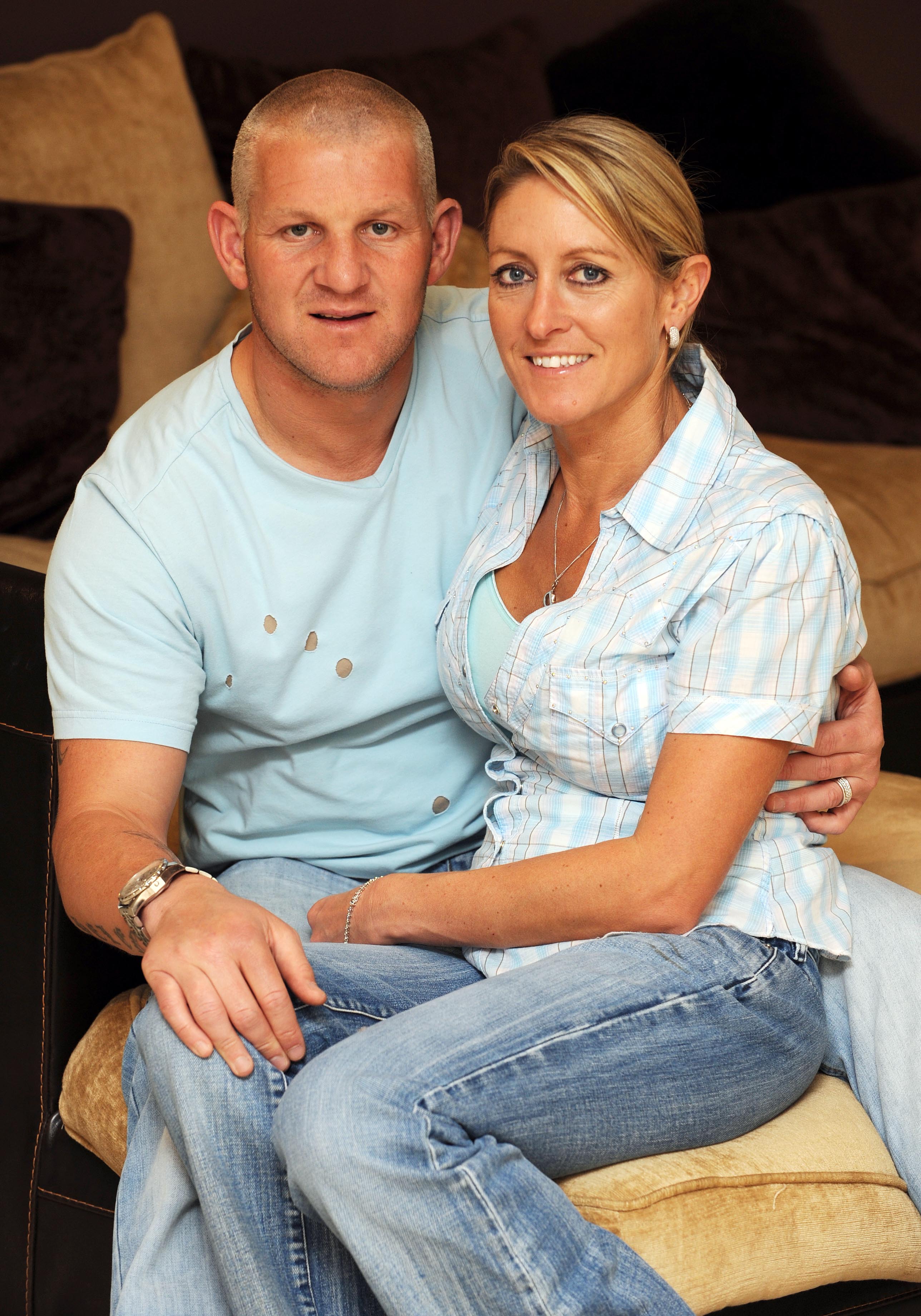 "I never really classed myself as a WAG, I'm not saying Dean wasn't a good player, because he was, but I see WAGs as people like the Beckhams and Coleen Rooney.

"I didn’t like the WAG perception, it became a bit about women wanting to go out with footballers to have a certain lifestyle.

"My son Josh plays for Sheffield Wednesday and girls come up to him when he's out for food and say ‘oh are you a footballer, can you buy us a bottle of Champagne?’ He doesn't even drink.

"Women these days have this perception that’s what their life should be and I find it really shallow.

I never classed myself as a WAG – that lifestyle doesn't make you happy. I've had money then gone back to living in a three-bed terrace house from a seven-bed

"If you marry a footballer because it’s real then fair enough, but get your own career and your own life. I don’t get it.

"I don’t think it was as bad when I met Dean, I think it’s more so now, with people wanting to be rich and famous and have all the designer clothes.

"I never really got into that WAG thing, for me I was just an ordinary person, Dean played football for a job and I had two kids to look after, it was never anything other than that.

"That lifestyle doesn’t make you happy.

"I’ve had two perspectives, growing up with no money, then doing really well with Dean and having money, then going back to living in a normal three-bed terrace house from a seven-bed.

"The amount of people who say to me ‘how have you coped with that?’ and I’m like ‘well you do, you stop buying things you can’t afford, you go back to basics, get rid of your credit cards and live in the real world’. To me that’s not hard to do." 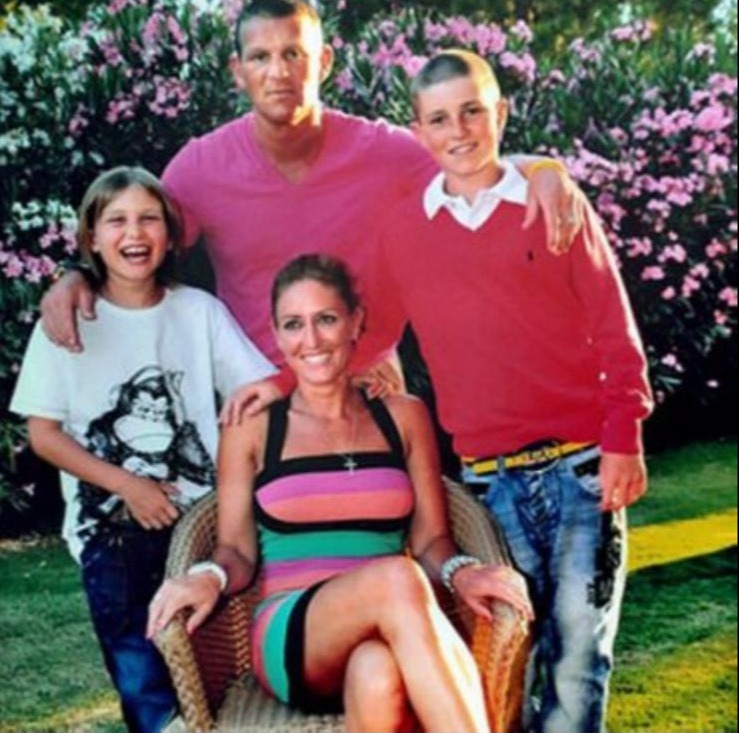 Helen, who grew up in Hull, married Dean in July 1993 and went onto have sons Josh, 27, who now plays for Sheffield Wednesday, and Jordan, 22. The pair eventually split in 2011 after 18 years of marriage.

Dean, 51, had a glittering career as a striker during their marriage, and helped Hull City return to the Premier League in the 2008 playoff final, just a year before retiring.

Helen followed her husband all over Britain, from Aberdeen to Oxford, for years before deciding she needed a career and joining the police as her youngest approached school age. 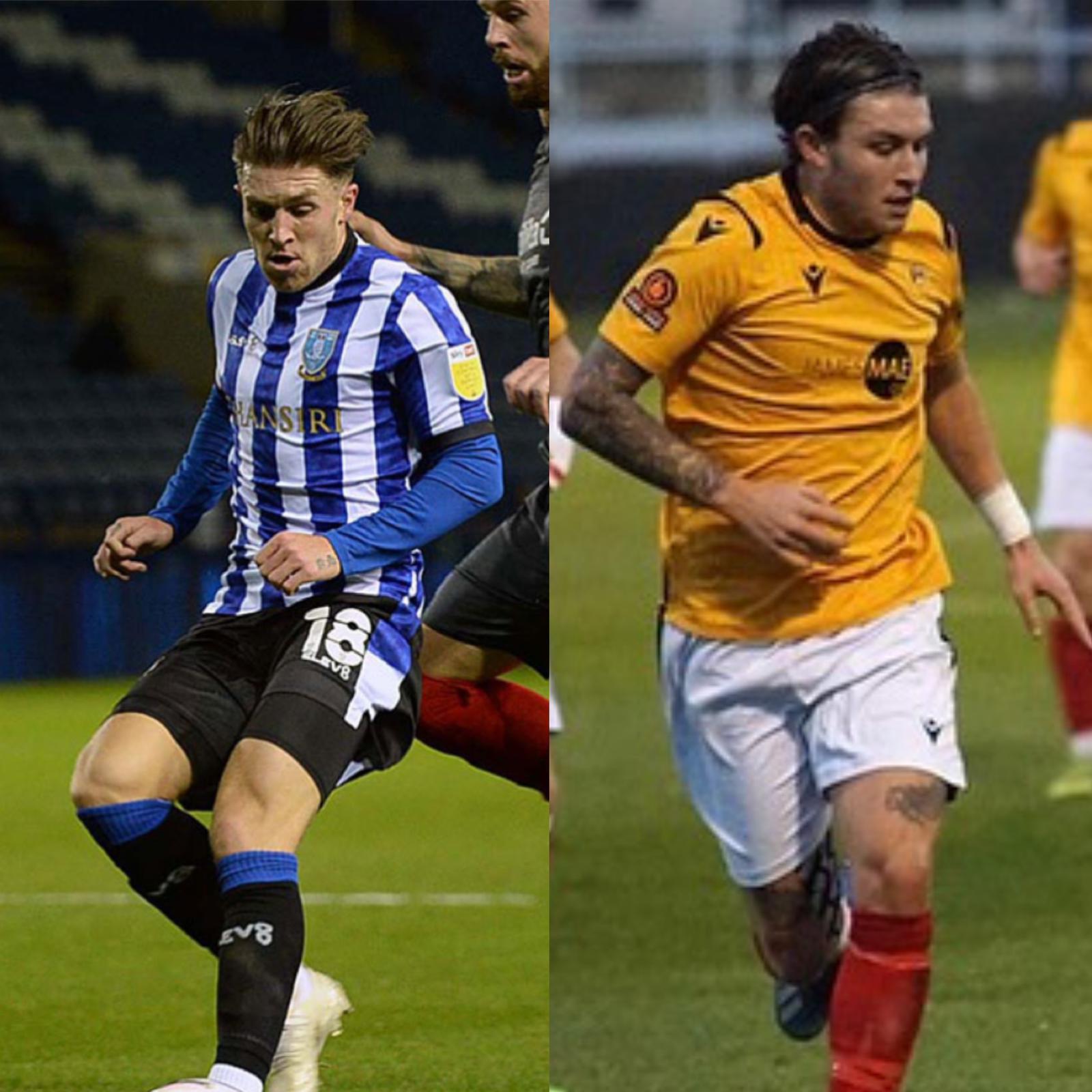 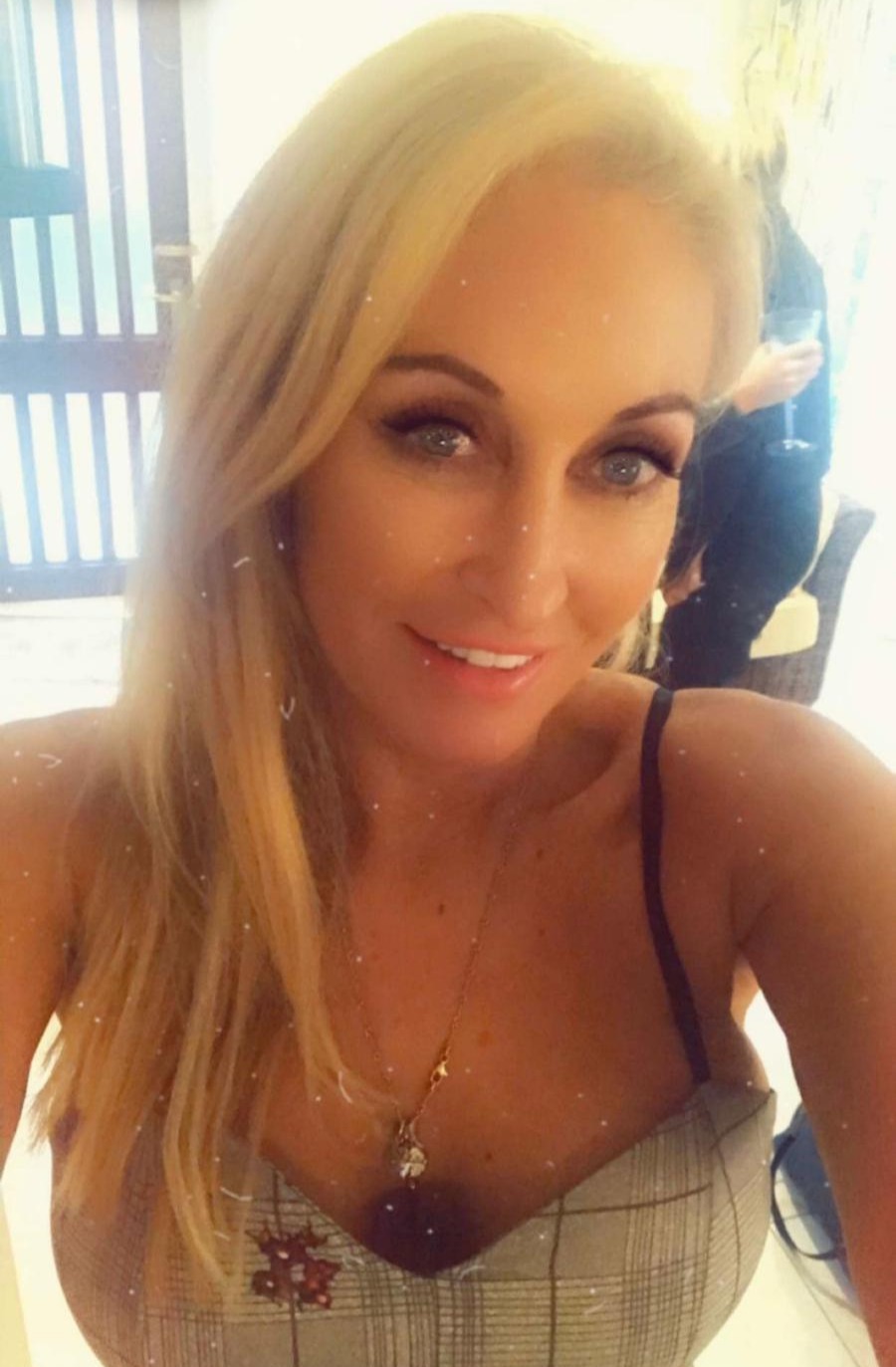 She says: "Dean wasn't very happy about it, but I said 'I need to be able to do something for me'.

"There’s only so much coffee and shopping you can do with your friends.

"I did my training in Warrington for 20 weeks, that was difficult. You went Monday to Friday, came home on the weekend and then went back.

"It was like going back to school. You’ve got recruits aged between 18 and 20 and then there was me, at 36 years old. I had two young children at home who I had to leave, but I was determined to do it.

"Until then, my life 100 per cent revolved around Dean and the kids.

Until then, my life 100% revolved around Dean and the kids. But he was towards the end of his career, so I thought it was about time I had one

"I was born and bred in Hull, then we went to Aberdeen when I was quite young, I had to leave my family and Aberdeen was like the other side of the world for me then.

"We spent a few years up there, then he wanted to go back to England so we ended up in Oxford which I hated with a passion. I didn’t enjoy it, I didn’t connect with the people there, I thought they were a bit stuck up.

"I didn’t meet many friends apart from at my running club. I always joined a running club when we moved, to meet other people.

"Jordan was born in Oxford then we moved when Dean played at Bradford City.

"Wherever he went to play, we moved, in that industry you have to support them and go with them.

"There came a point where he went to either Sheffield Utd or Middlesborough and I said ‘I’m not moving anymore. I’m going to stay with the kids and you’ll have to travel’, because the kids were just in and out of school all the time." 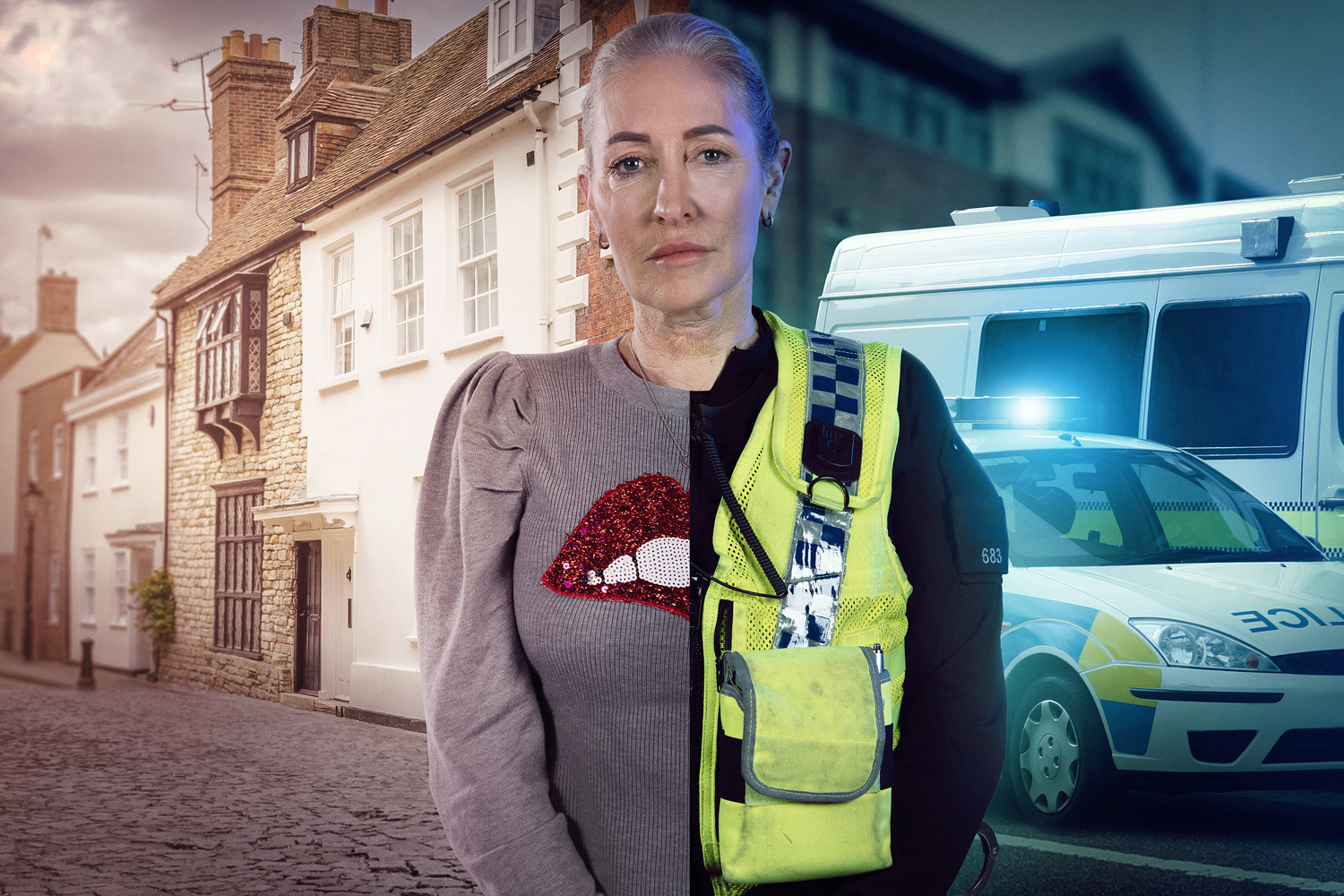 In her early 20s, Helen worked in a pharmaceutical company but gave up this job when Dean was transferred to Aberdeen.

She then qualified as a personal trainer and nutritionist, but was craving a "long-term career" and saw herself drawn to the police.

She says: "Obviously I wanted to be a good mother and bring my kids up, which I believe I did both when we had a decent life and also being a police officer, but you also need your own life when your children start going to school.

"I wanted a career and I took a back seat for quite a while.

"I do believe the job affected my marriage, I got my own money and my independence, Dean was used to me being there 24/7.

"But bearing in mind this wasn’t at the beginning of Dean’s career, he only had a few more years to go, it wasn’t like he was in his early 20s.

"He was towards the end of his career, so I thought it was about time I had one.

"It was difficult but we got through it, with a few arguments here and there, the training especially was hard work now I look back, but it’s a good job I did stick at it." 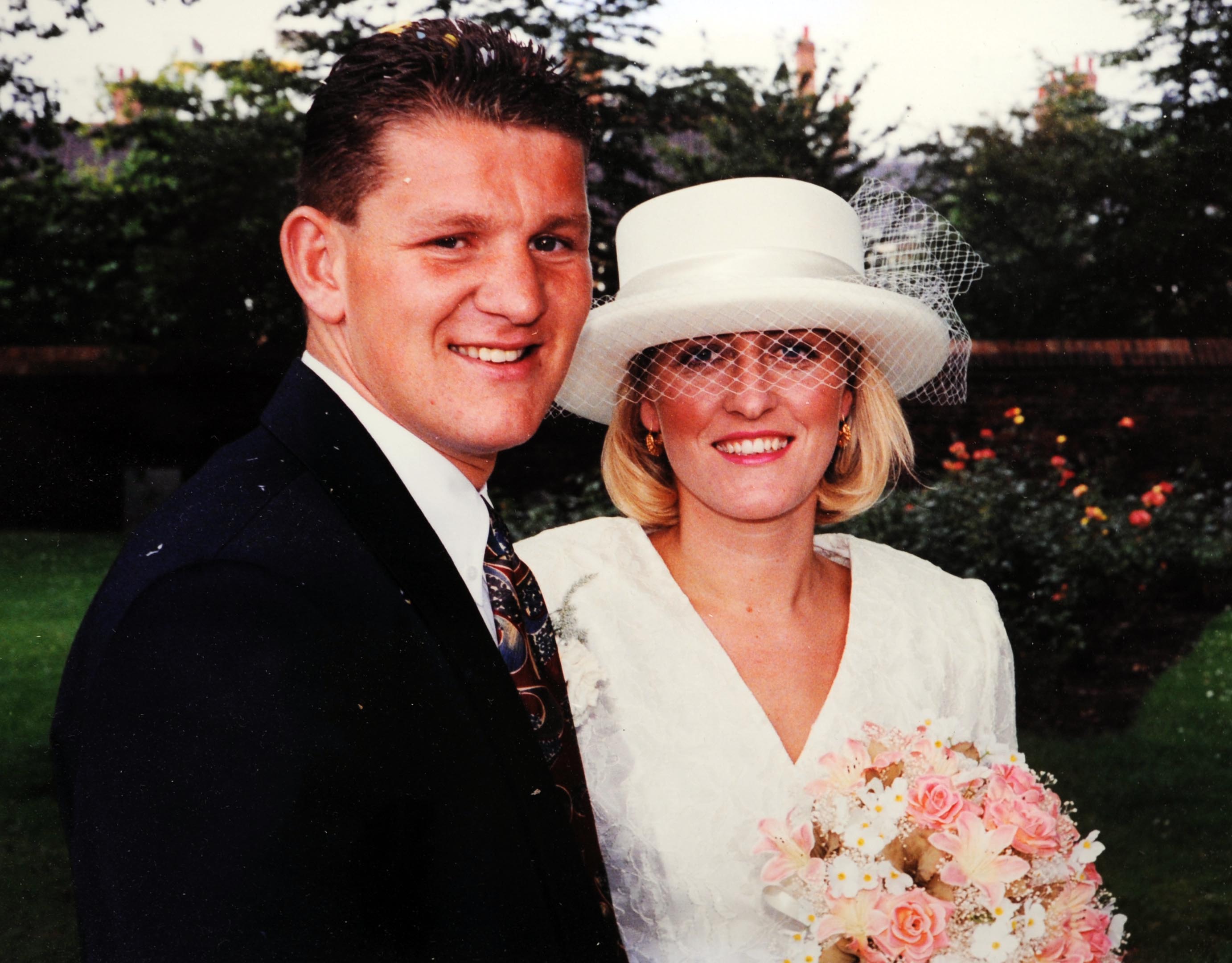 Dean and Helen's marriage came crashing down in 2011, with Dean admitting to having an affair, something she was forced to face in the public eye.

She says: "When we first split up, I found it really difficult. I remember I was with one of my colleagues driving to Harrogate city centre and she said ‘you’re on that billboard with Josh and Jordan’.

"We were just joking about it but we drove back round and there I was on this billboard outside the shop.

"I went in and bought the paper and there was a big spread in the centre showing me, Josh and Jordan, all about us splitting up and Dean's affair.

"I had no idea he’d sold his story to the press. That wasn’t good, I had to go and see my superintendent and say ‘look, this is in the paper’.

"I had kept it quiet at work, I was just trying to get through the split. People close to me knew but the rest of the station didn’t. 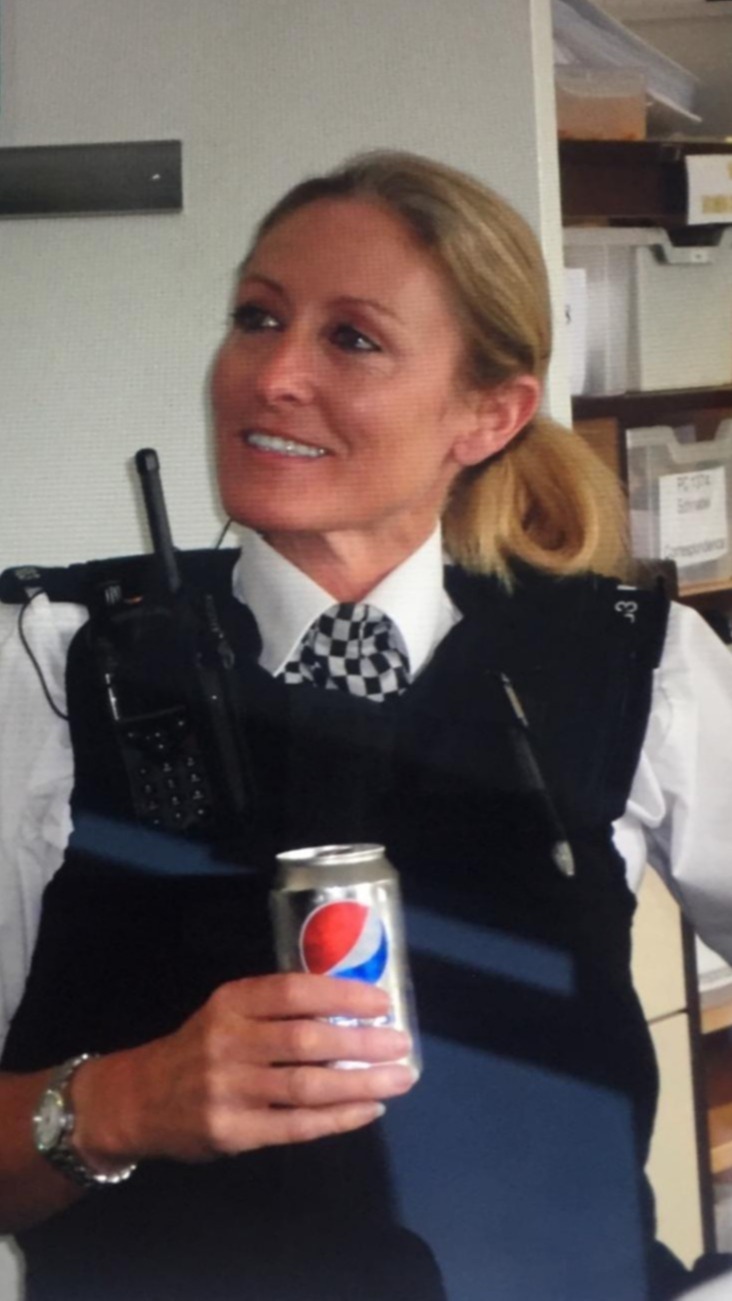 Helen says the best part about her job is "knowing you've done good and helped somebody".

She says: "To me it’s just a job, you do your best then go home at the end of the day.

"Other people say ‘it must be hard’ but you just muck in and get on with it.

"The other day I interviewed someone who, because of the pandemic, had hit a bad time in his life and developed a drinking problem. After the interview, we gave him a lift home to Leeds.

I've been asked out loads of times on the job. But I can honestly say I’ve never given my number out to anyone on duty

"We were having a chat in the van and he said ‘I like you, can we go on a date?’

"I said ‘please don’t make your life more complicated, we’re not going on a date, I’m about to drop you off at your girlfriend’s and hopefully she’ll forgive you’.

"My colleague started laughing and I was like ‘bloody hell I’m even getting offered dates off alcoholics’.

"We got talking about football too because he mentioned Dean and I said ‘that’s my ex husband’. He said ‘you’re not Windass’ and I said ‘no, that was my married name’, so we had a good laugh." 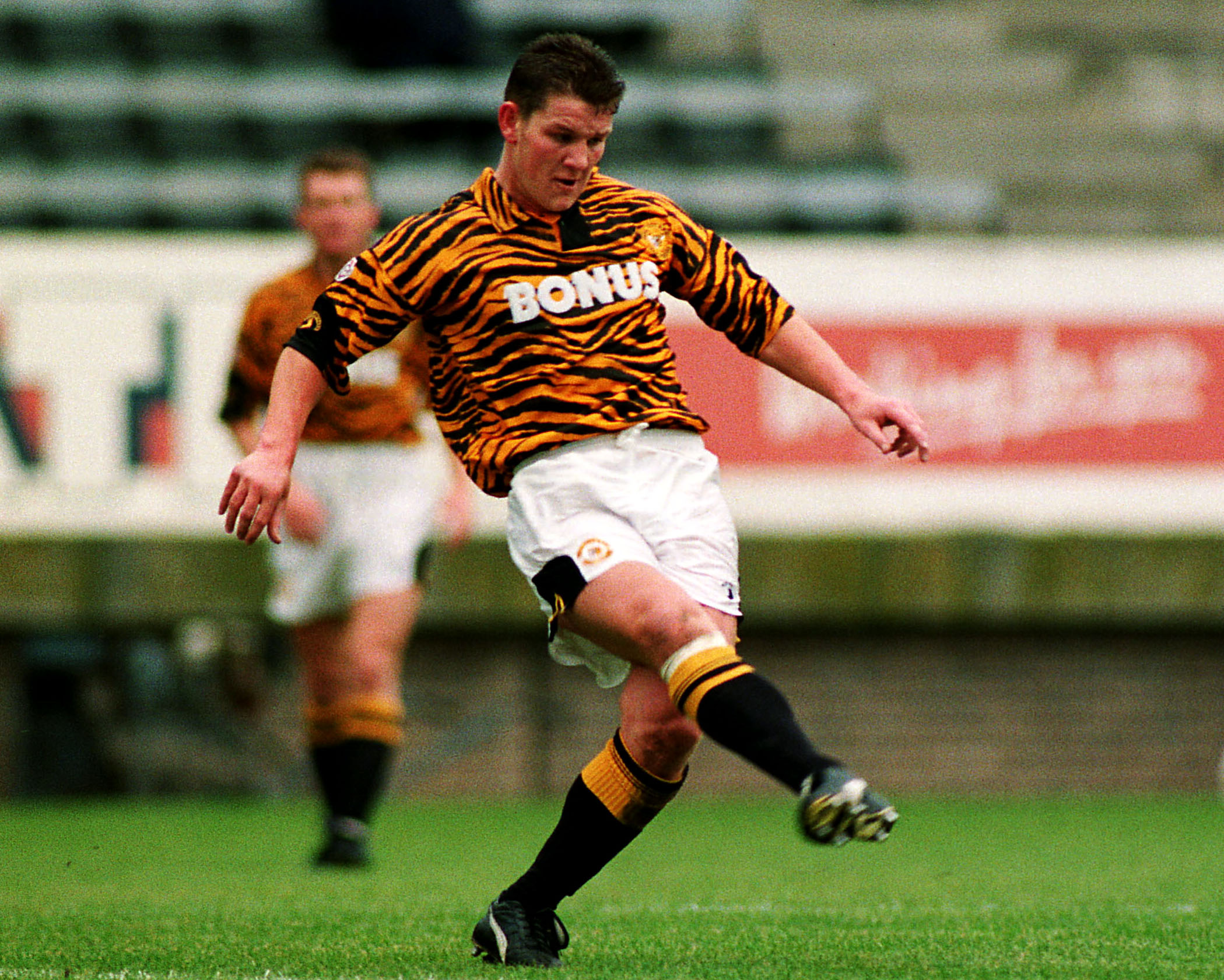 Helen says she's been "asked out loads of times on the job" over the years.

She adds: "I used to get people asking for my number when I was going round pubs. They see a girl in uniform and they’re like ‘ooh I’ll have a bit of that’.

"But they’re just drunk and not taking it seriously. I can honestly say I’ve never given my number out to anyone on duty, you don’t know who they are." 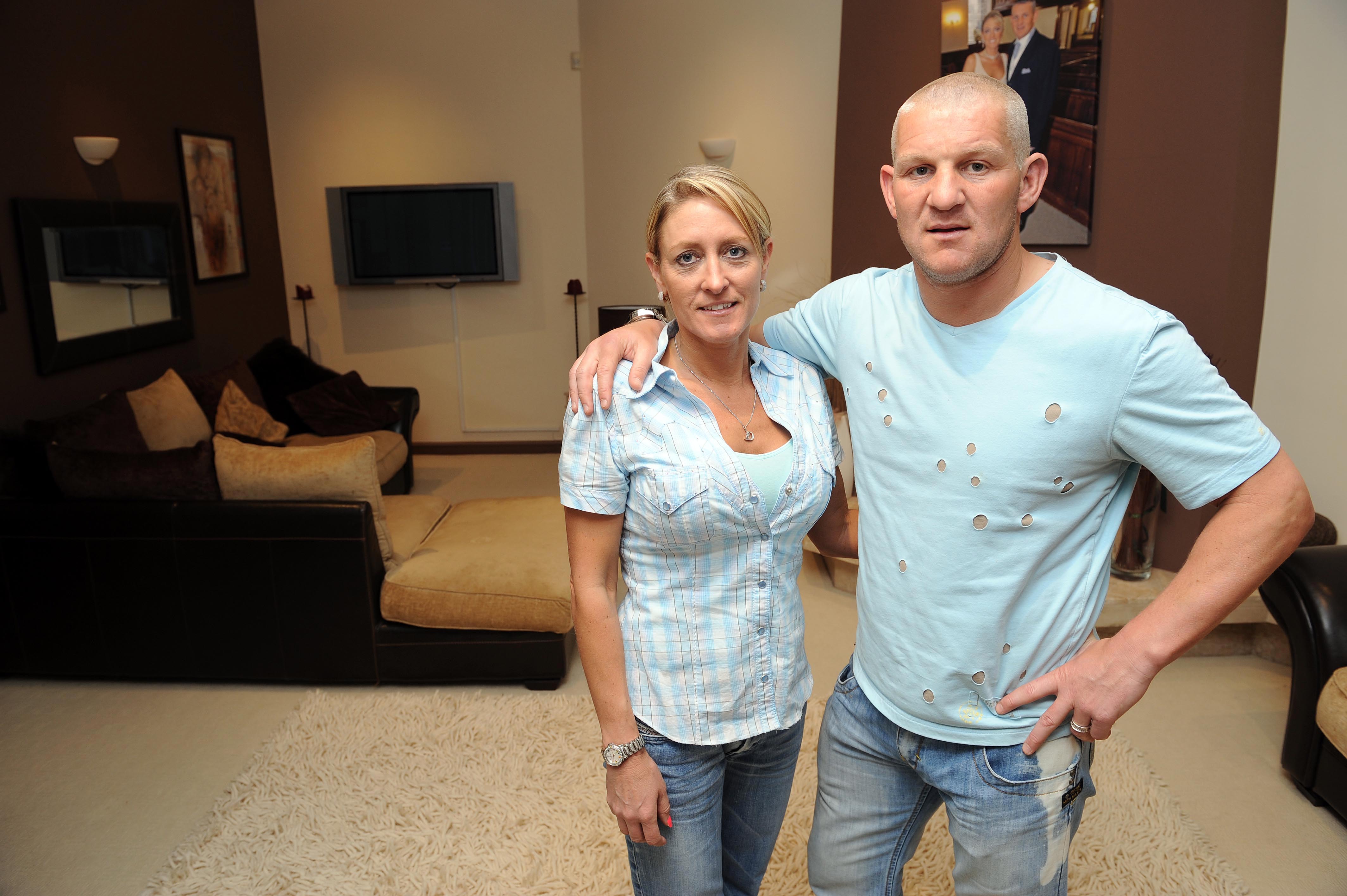 Helen says the hardest part of her job is being called to suicides and domestics.

She adds: "Domestics are challenging because they don't want to leave the relationship.

"You realise you’re going round in circles, it’s hard to leave when you’ve got children.

"You see a lot of stuff you don't want to see but you have to pick yourself up and start again.

"That’s why I wanted to do this programme, I hope it shows we’re not robots, we’re real people and we have hearts, we’re just trying to help.

"Yes we have uniforms on but we’ll walk away really upset about some of these cases." 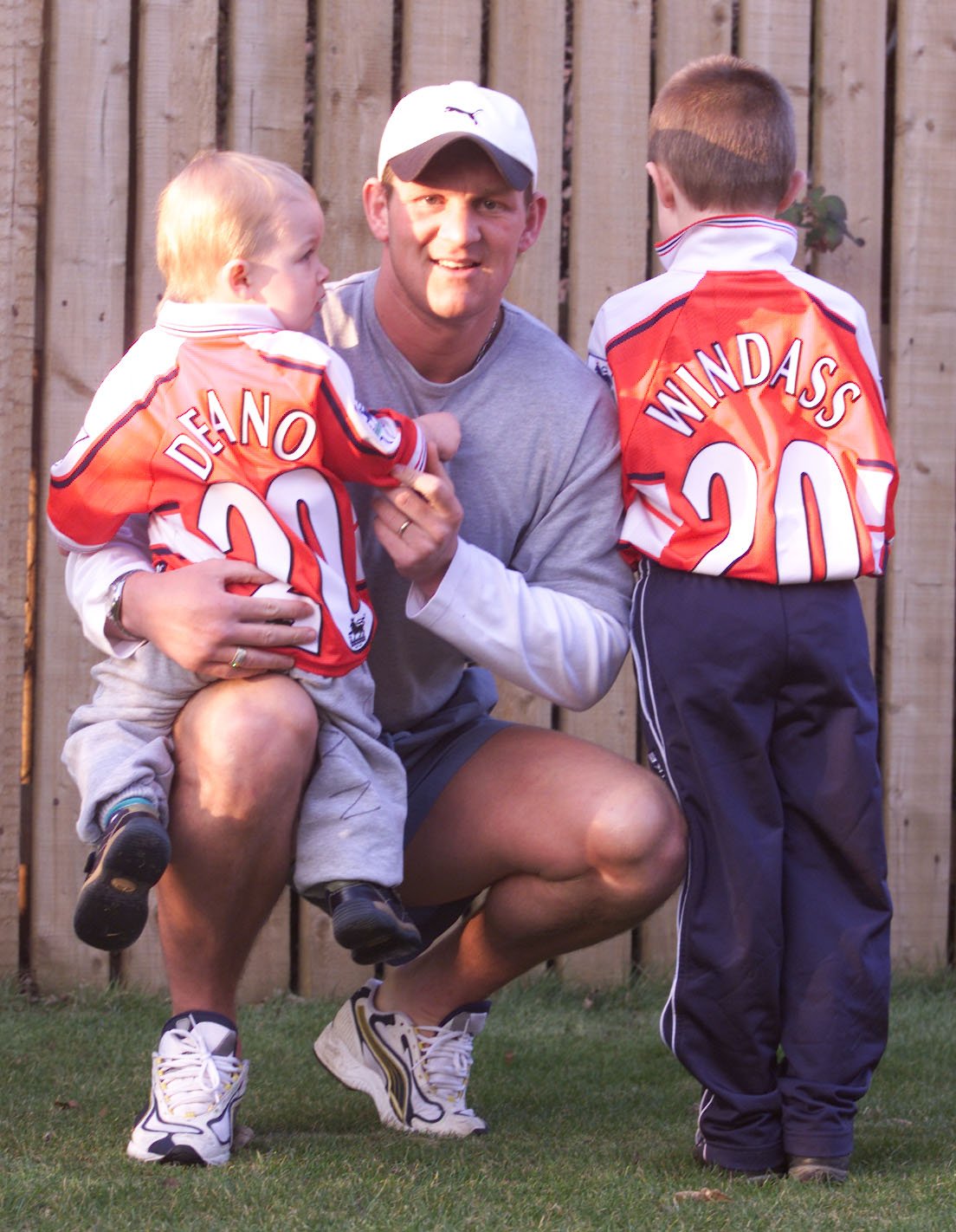 For now, Helen is happily single and has no plans to leave the police – despite having reached the force's minimum retirement age.

She says: "I have dated over the years but I’m not at the minute. If I meet someone, great, but if I don’t then I’m happy doing what I’m doing.

"One of my sons lives with me and the other lives in Sheffield, we’re very close. I’ve got a twin sister I see every day. If someone doesn’t come along, I’m happy doing what I'm doing.

"I could leave the police now but I’m fit, in my head I’m young.

"I’ll leave when they throw me out probably, I haven’t even thought about leaving, what would I do with my life if I was just stuck at home?

"I don’t think they’d cope without me here, they wouldn’t have any banter or any lip."

Women on the Force previews tonight at 10.30pm, the full series starts weekly from Thursday April 8, at 8pm on W.