A MUM has sparked fierce backlash after hinting that she has a “favourite child” – and encouraging others to do the same.

Earlier this week, the mum of three shared a video of herself with her youngest son. 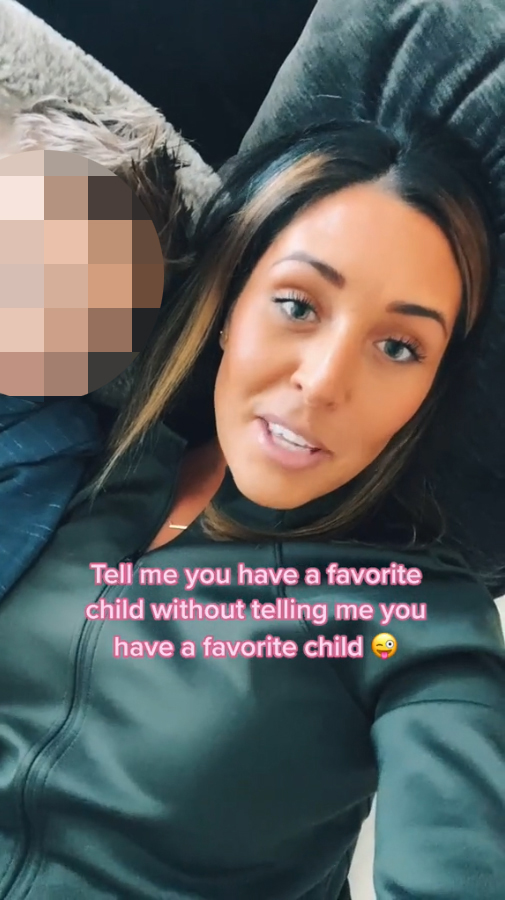 The little boy jumps in with a super cute, "I love you mama" to which the mum gushes and relies, "I love you baby!" 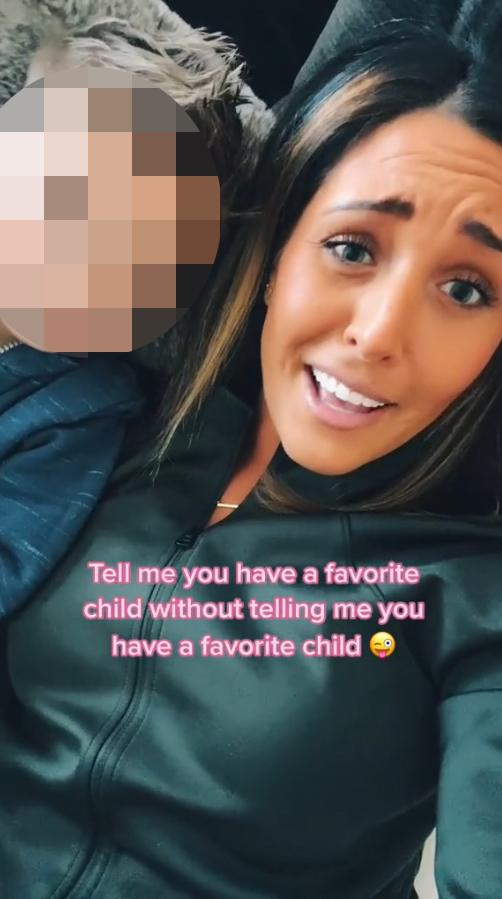 "I definitely don't have a favourite," she repeats to the camera.

She later defended her video, writing "Joking, of course" in the caption on TikTok, but her followers were unconvinced.

The mum-of-three, who loves "Jesus, Chick-fil-A and havin' fun" according to her TikTok profile, certainly created a storm among other users.

"This is wrong on so many levels," commented one person, "whether is a joke or not that kid now knows he's the favourite and will have that in his head.. the rest will hate him."

Even as a joke this is messed up

Another said, "Even as a joke this is messed up."

"This don't sit right with me," added another.

Some could see the funny side though, with one mum admitting, "My favourite child is whichever one speaks to me less."

The negative responses, however, outweighed the positive, leading to a follow-up video where she explained her reasoning.

The mum captioned the latest video with, "Heaven forbid they all think they’re the fave.. chill y’all!"

"Some of you all are a little sensitive. I'm going to help you out," she says in the video before asking her other son who's her favourite.

He answers saying that he is her favourite, then performs a belly dance when she asks why.

Vote for your Fabulous Mum of the Year and WIN

Do you know a mum who deserves some extra recognition? We want to pay homage to the best mums in Britain.

During the pandemic they’ve been busy juggling childcare, homeschooling and work, with the added stress of worrying about the health of elderly relatives and vulnerable friends.

It’s never been a harder time to be a mum, so this year it’s even more important to honour the amazing women in our lives.

Nominate her for our Fabulous Mum Of The Year Award and she could win an overnight stay for two at a Champneys spa of her choice complete with a Gold package, which includes four relaxing treatments for the ultimate pampering experience.

Two runners-up will Champneys goodie bag worth £50 plus a £100 M&S voucher and £200 Nutmeg at Morrisons voucher, and all three mums will enjoy a makeover with our glam squad before taking part in a photo shoot for the magazine.

If you want to nominate a mum then fill in the form here.

To enter, upload a photograph of the mum you are nominating and explain why they deserve to win.

The deadline for entries is Sunday February 14 and one winner and two runners-up will be announced on Sunday March 14. Good luck – we can’t wait to hear from you!

"You are my favourite belly dancer, that's for sure," she says before heading into the bedroom where her other two kids are playing.

She asked her daughter the same question, and she confidently answers that she is in fact, her mum's favourite, but the son pipes up in disagreement, adding that he knows he's the number one kid.

"So chill… laugh a little more," the mum concludes after highlighting that each of her three children believe they're her favourite.

This article was originally published on Kidspot and has been republished here with permission.

In other parenting news, this mum was mortified after realising her thong was caught on the Velcro of her daughter's shoe.

And this mum was branded "judgemental" for telling parents what to wear on a school-run.

Plus a worried mum asks if her budget lunch is big enough for eight-year-old after cruel trolls accuse her of starving her kids.