A MUM was left stunned when she opened up her washing machine to find her family’s holiday clothes had been dyed a shocking pink – despite all of the contents being white.

Becky France took to Facebook to share her disarray at finding that all of her children’s clothes had been turned a bright fuchsia colour when the washing powder reacted with the leftover sun cream in the cycle. 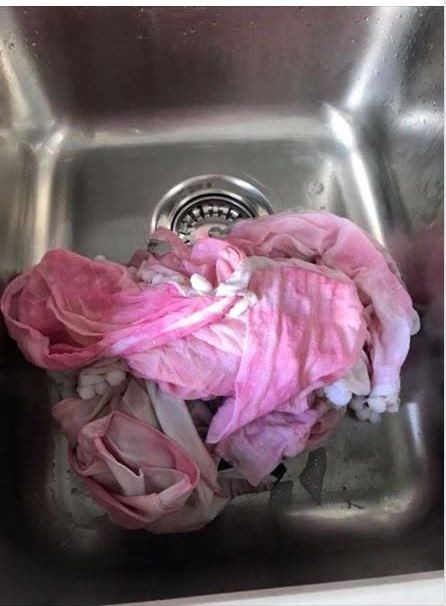 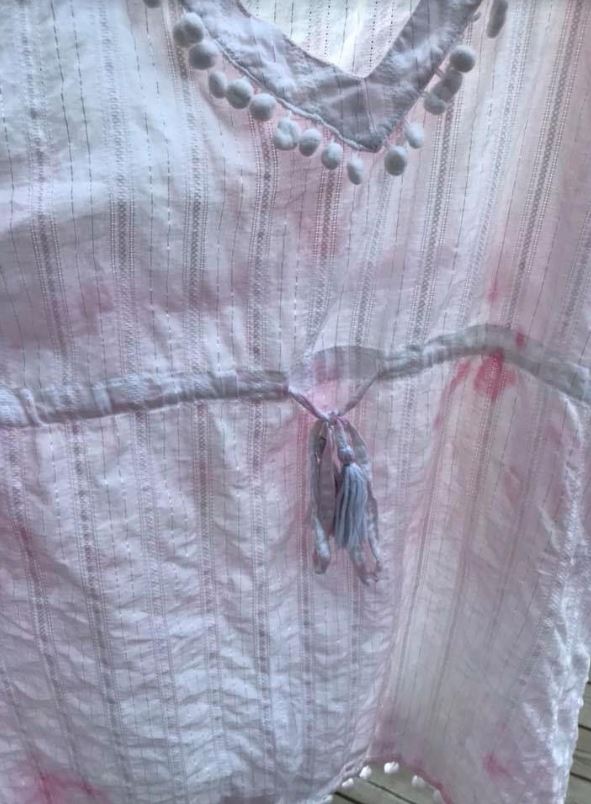 She wrote: “My holiday clothes were white but had gone a bit yellow with the sun cream so thought I’d brighten them up.

“This is what ACE for whites has done within seconds of me putting them. What on earth has gone wrong??”

She uploaded pictures clearly showing that all of her white garments were now stained all over with flashes of pink.

However she was quick to whip out an old-fashioned trick of soaking the stained items in bleach and water in a bid to get them back to their original state – after being told sunscreen could be to blame. 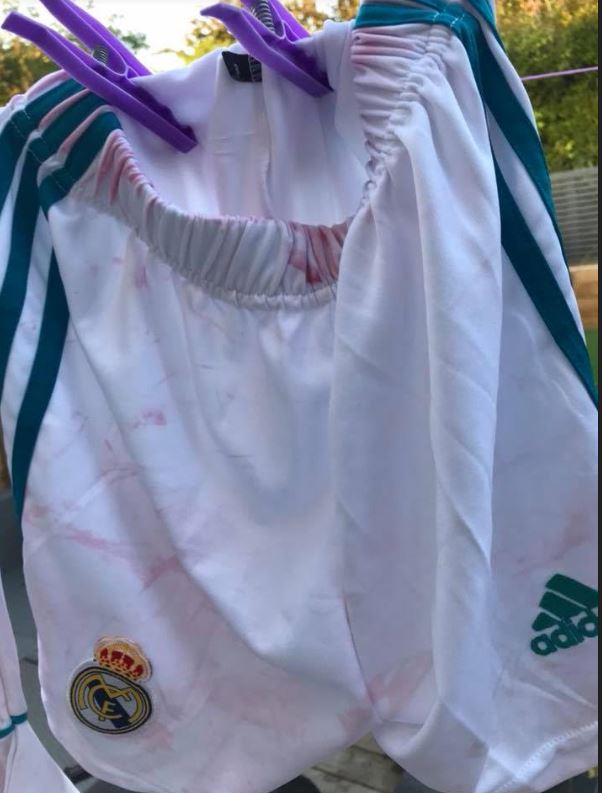 The mum updated fellow users on her clothes washing nightmare, commenting: "As if by magic it's white again! I did a wash with a bit of bleach and hung out in the sunshine.

!Thank you to everyone who helped. X". 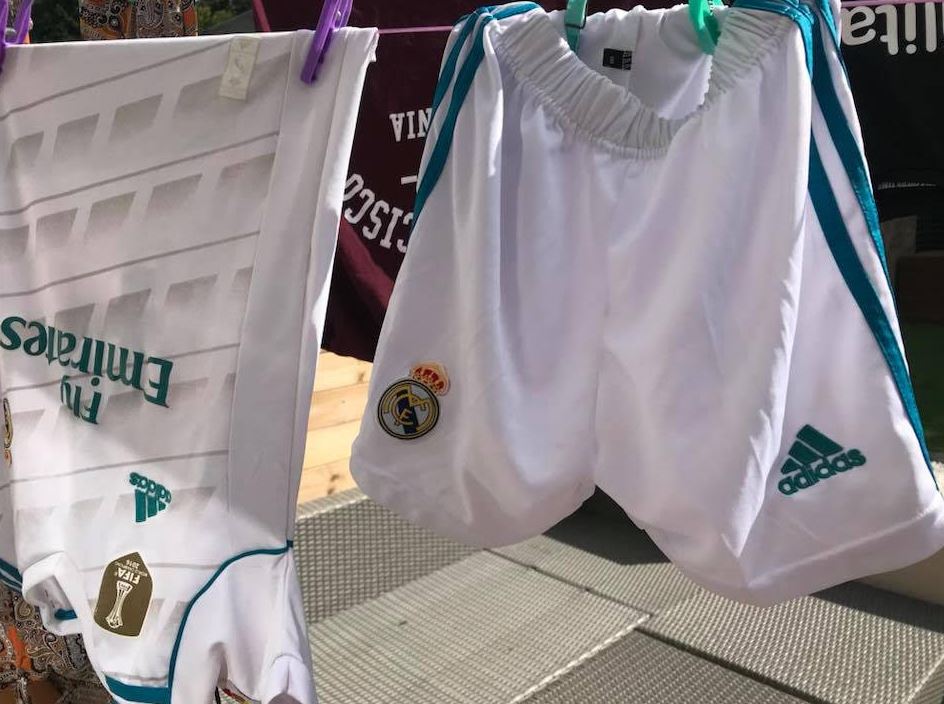 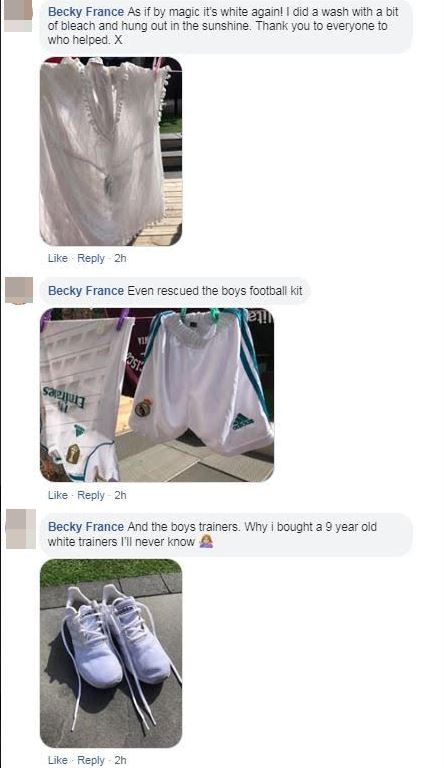 She went on to share how the white-saving trick even brought back her son's messy football kit.

"Even rescued the boys football kit… and the boys trainers. Why I bought a nine-year-old white trainers I'll never know."

In similar news, another savvy mum has been recreating red carpet looks for her young daughter – with impressive results.

While a Britain's most 'hated' mum admitted she wants her girl, 14, to have a Brazilian bum lift as 'ugly people get nowhere in life'.

And a mum whose son, 3, is battling cancer is viciously shamed over her 'eyesore' garden.