Lara Joanna Jarvis is known for her budgeting tips and tricks, sharing them on her YouTube channel where she boasts over 45,000 subscribers. 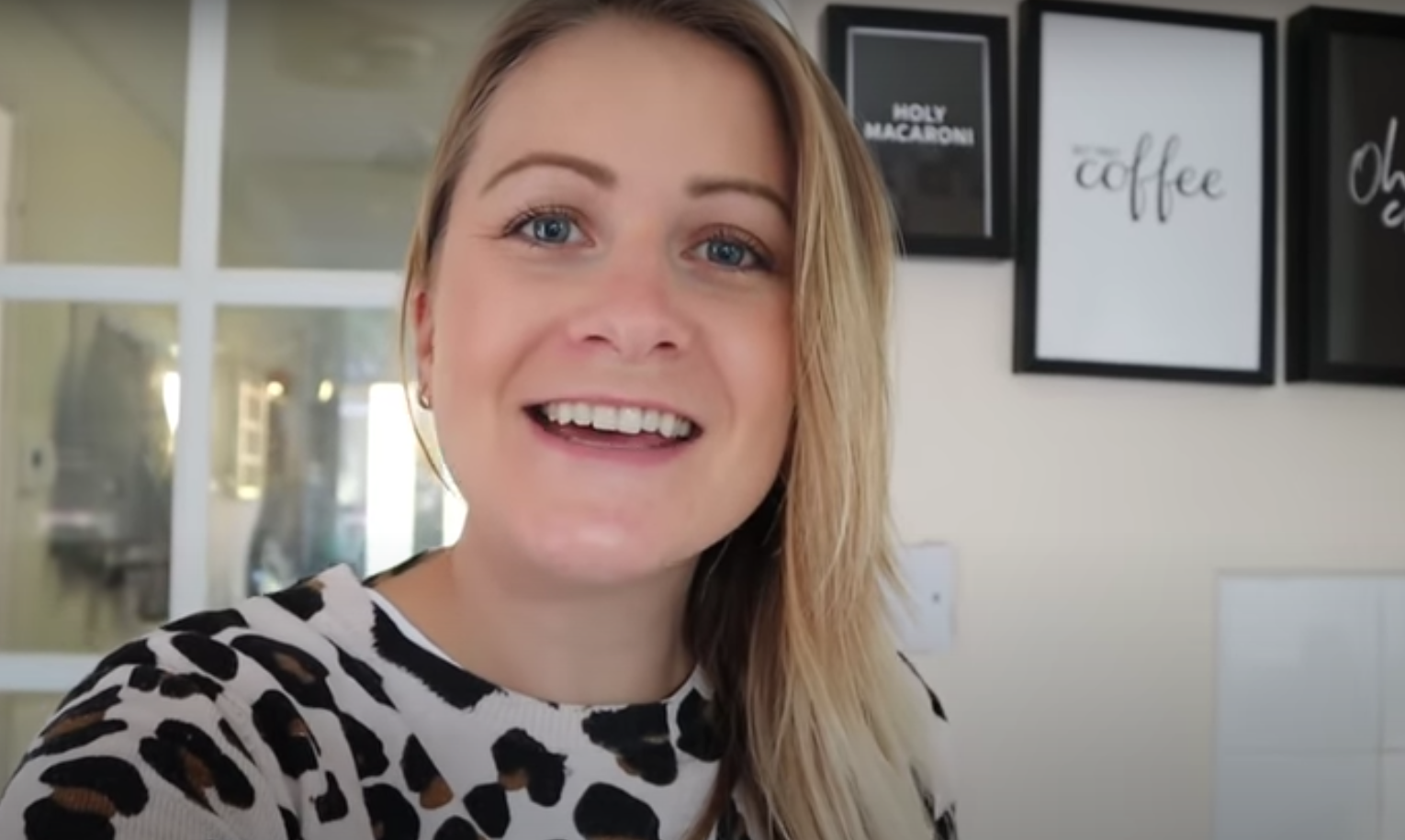 And the mum of two boys recently shared some of her go-to family recipes that take just minutes to whip up and cost pennies to produce.

Here we share some of her tasty and cheap meal ideas… 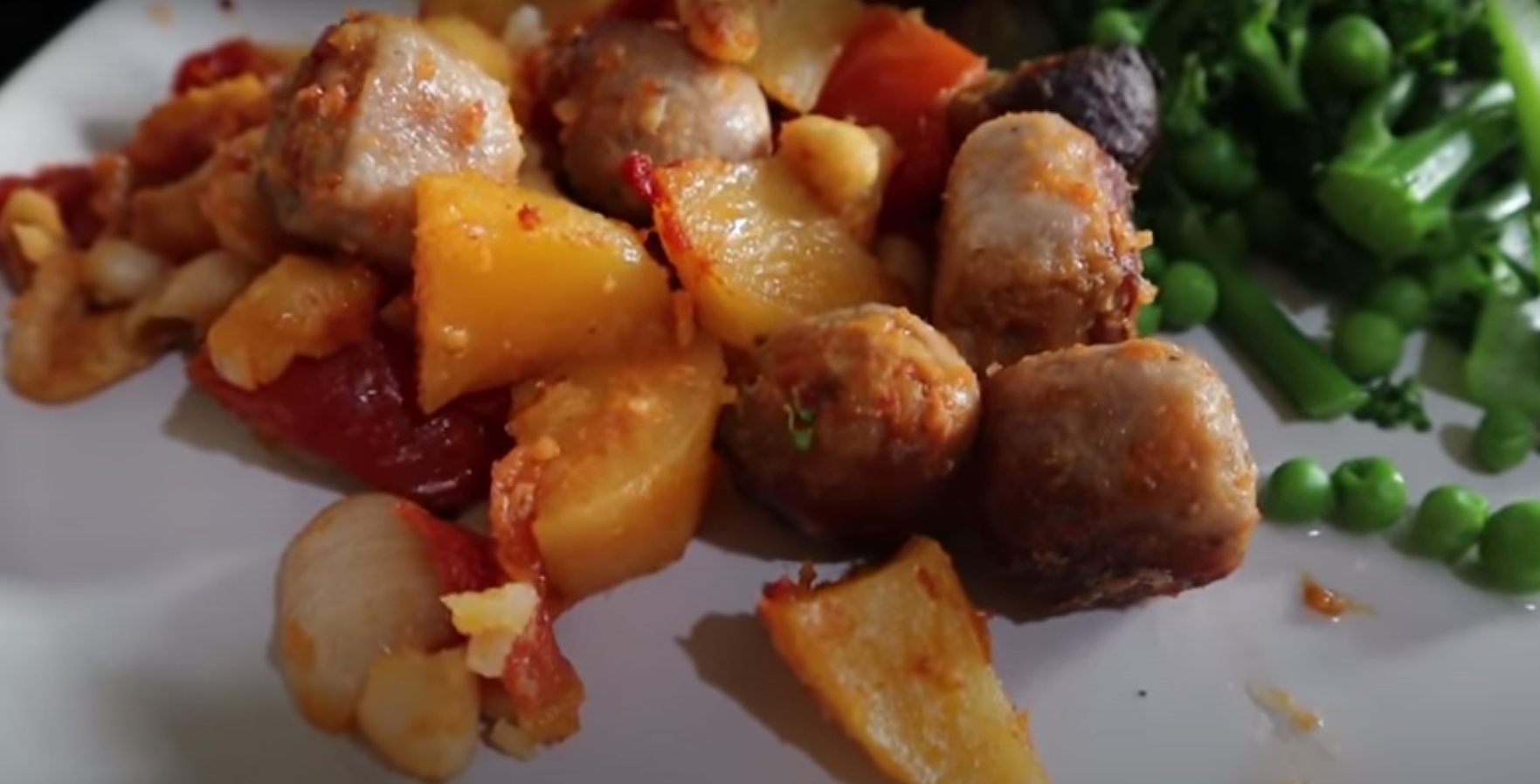 Lara says : “It is the simplest thing – you literally chop everything up and chuck it into a roasting tin.”

Add a splash of water to the tin alongside a dollop of pesto and cook for 45 minutes at 200 degrees.

Lara adds: “Alternatively you can brown off the sausages and chuck them in to the slow cooker bubble away for the afternoon probably around four hours on high or six hours on a medium setting.”

TOP TIP: Lara says: “I cut up the onion quite big so the boys can pick it out if they don’t want it.” 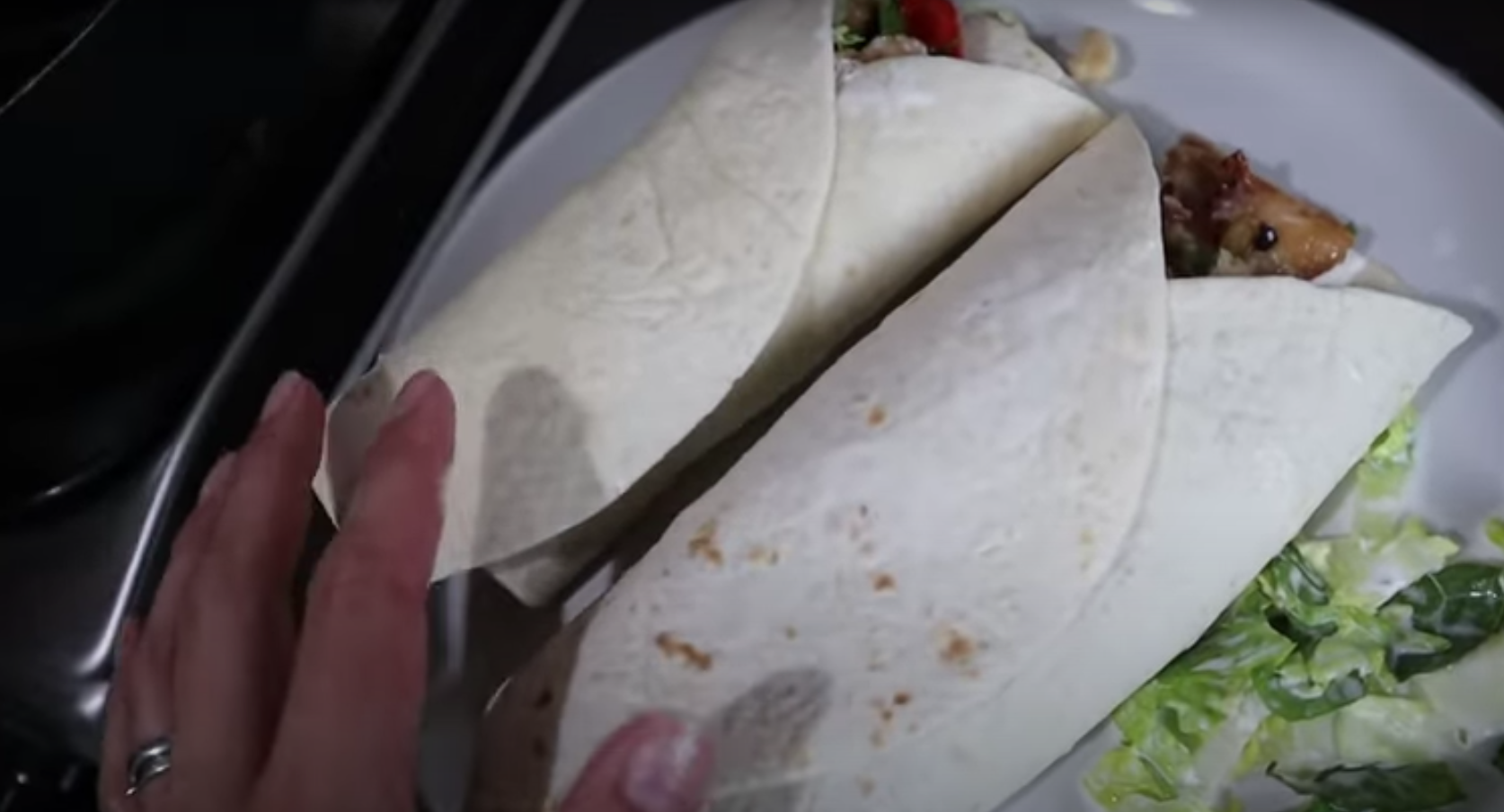 Lara says: “They’re so easy to make, really affordable the children love it too. We sometimes mix it up with fish fingers which means they will likely eat it a bit more.

“You can put any veg you like with it but I have got red pepper and some red onion.”

Begin by roasting your vegetables for about 20 minutes on 200 degrees, and preparing your avocado and lettuce.

Meanwhile cut up your basa into bite size pieces and bathe in your soy sauce before tossing in cornflour.

Fry the fish in oil until golden brown and place in tortillas alongside avocado, lettuce and roasted veg.

Combine your mayonnaise with a tablespoon of white wine vinegar and dollop on the top. 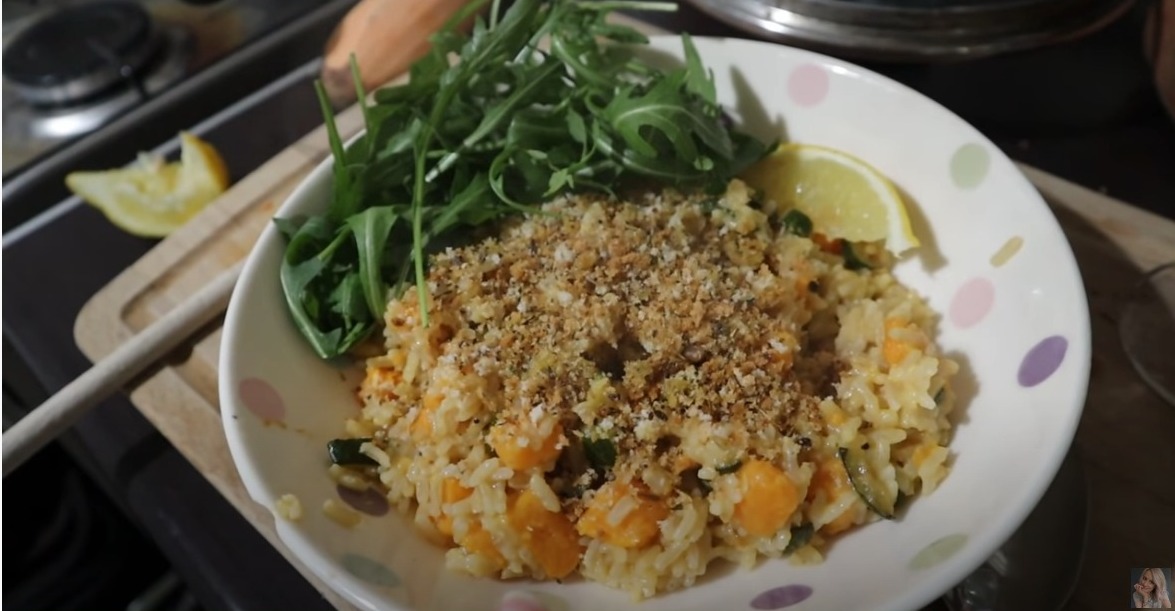 Begin by steaming your sweet potatoes. While they are cooking fry your courgette until it starts to brown.

Meanwhile, blend your stale bread until it forms a crumb-like consistency and season with salt, pepper, a pinch of mixed herbs and olive oil and bake on 200 until golden.

Boil your rice according to the packet instructions and then add your cooked sweet potatoes to your courgette pan and combine.

Drain the rice and add to the same pan stirring as you add in the white wine. Once the rice begins to absorb the liquid stir in the stock.

Leave the mixture to simmer, stirring occasionally until the stock has been absorbed. Add the grated cheese and stir until it melts in. 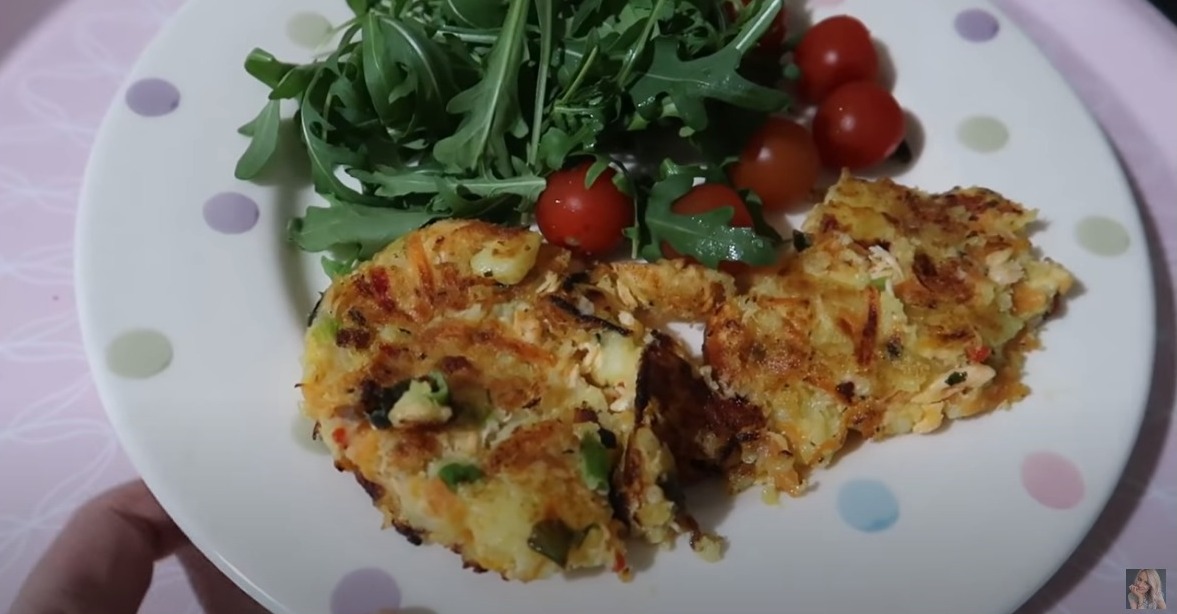 Lara says: “I just think these are the simplest things in the world to make. You can make them with any kind of fish that you like.

“You can either cook the fish and flake it or have it raw and cook it for a bit longer.”

Begin by cooking your salmon fillets according to the packet instructions and then flaking them apart.

Boil your potatoes for approximately 20 minutes on high, or until cooked through and mash them.

Combine with the remaining ingredients and then use your hands to form patties from the mixture.

Fry the fish cakes for a couple of minutes on each side – or longer if you are using raw fish.

*Costs have been estimated using Aldi prices in relation to the serving size.

And this savvy shopper shares £20 shopping list she claims will feed two people for a WEEK – but not everyone’s convinced.

Plus a thrifty mum shares easy meal planner which has saved her family-of-five £360 a month on food.