Home » Fashion » Just in Time for ‘Top Gun: Maverick,’ Avirex to Be Relaunched for Fall

Tom Cruise will be happy — Avirex is back.

The military-inspired brand best known for its leather jackets — one of which was made famous by Cruise in “Top Gun,” his hit movie from 1986 — is making a return for fall, just in time for “Top Gun: Maverick.”

Avirex, which was founded by Jeff Clyman of Cockpit USA in 1975 as a brand inspired by vintage flight jackets, was quickly embraced by the streetwear community and over the years has been seen on the backs of everyone from Biggie Smalls, Notorious B.I.G. and Ludacris to Rihanna and Travis Scott.

The brand changed hands twice over the years and is now owned by Centric Brands, an apparel manufacturer and licensee that also owns Robert Graham, Zac Posen and Hudson Jeans. Avirex has been not been in the market in the U.S. in a meaningful way for more than 20 years, but that changed when Andrew Berg, president of Robert Graham, and Centric started talking about reviving the label as a way to capitalize on the popularity of luxury streetwear.

Berg, who is also heading Avirex as its president, assembled a team that included a couple of the brand’s former employees, including Mia DellOsso-Caputo, who was part of the design team at the height of the brand’s popularity, and who is now serving as vice president of Avirex design, and Mindy Gale of Gale Branding, who had led the brand’s advertising efforts in its heyday.

All the Looks at the 2021 Cannes Film Festival 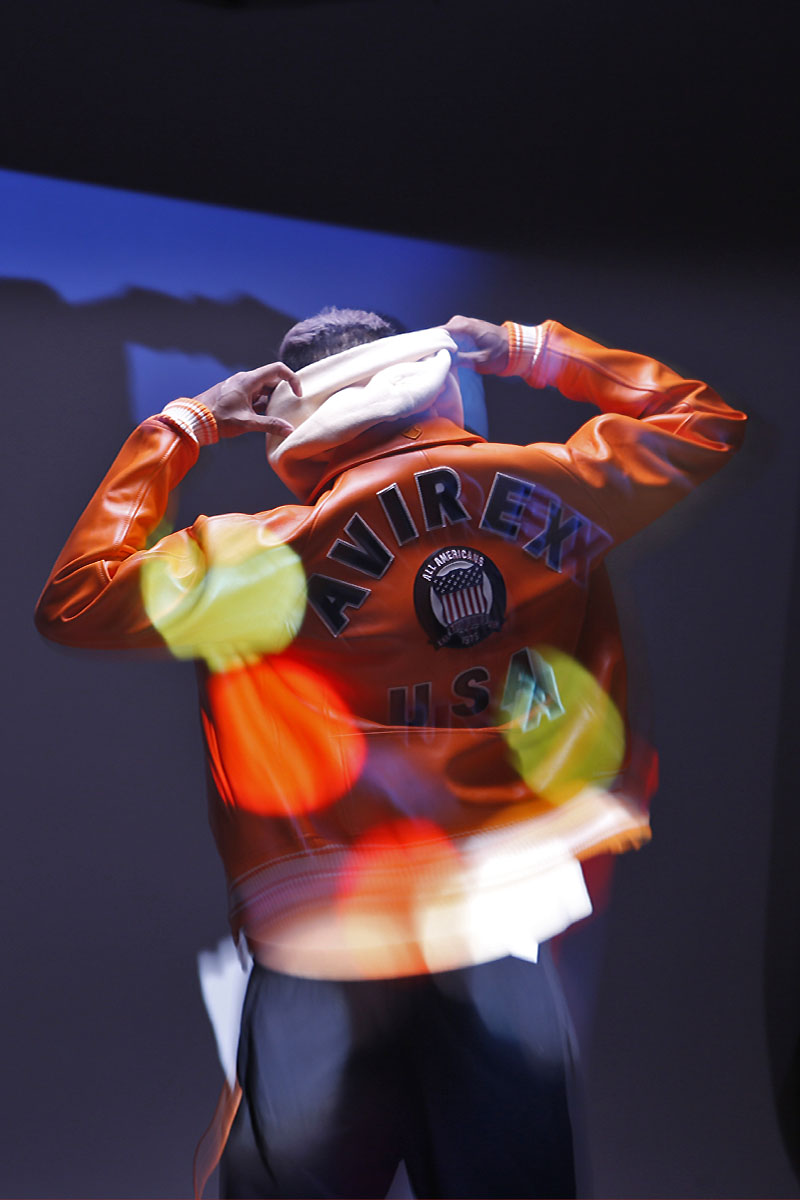 For fall, the brand created a collection of 27 men’s jackets that are “grounded in leather,” Berg said, but include other fabrics as well. The jackets will be sold at Saks Fifth Avenue and a group of high-end streetwear retailers including Stashed San Francisco, Sneex in Milwaukee and Extra Butter and will also be sold on the Avirex e-commerce site. Berg said the brand teased the relaunch last month with the release of four of its signature leather varsity jackets on its website, but the full collection will not launch until Aug. 15.

In addition to the brand’s signature A1 bomber jackets and varsity jackets, which are being offered in a range of colors, the fall collection will include puffer jackets and  shearlings. Retail prices will range from $398 for the textile jackets and $798 for the puffers, to $1,498 for limited-edition leather styles.

”This new chapter will appeal to the original Avirex enthusiasts who value the heritage of the brand and to a new generation inspired by Avirex’s nostalgia and reflection of today’s luxury streetwear culture,” Berg said. “These jackets are as unique as the people who wear them and are timeless cross-generational collector pieces.”

To promote the collection, Avirex shot a campaign Thursday afternoon in New York City featuring a group of men who are successful in their respective fields — sports, art and music — and who also have a reputation for giving back to their communities. They include Rudy Gay of the San Antonio Spurs; DJ John Lutchman, aka “The Brooklyn Kid”; conceptual artist Sean “Belchez” Cort; surfer Jimmy Boos; artist Basil Lyons; Los Angeles-based muralist and graffiti artist Ladie One, and B-boy Crazy Legs, who actually appeared in the Avirex campaign more than 20 years ago that was also created by Gale.

The campaign was at photographed by John Johnson at Splashlight Studios in New York and styled by Kesha McLeod. 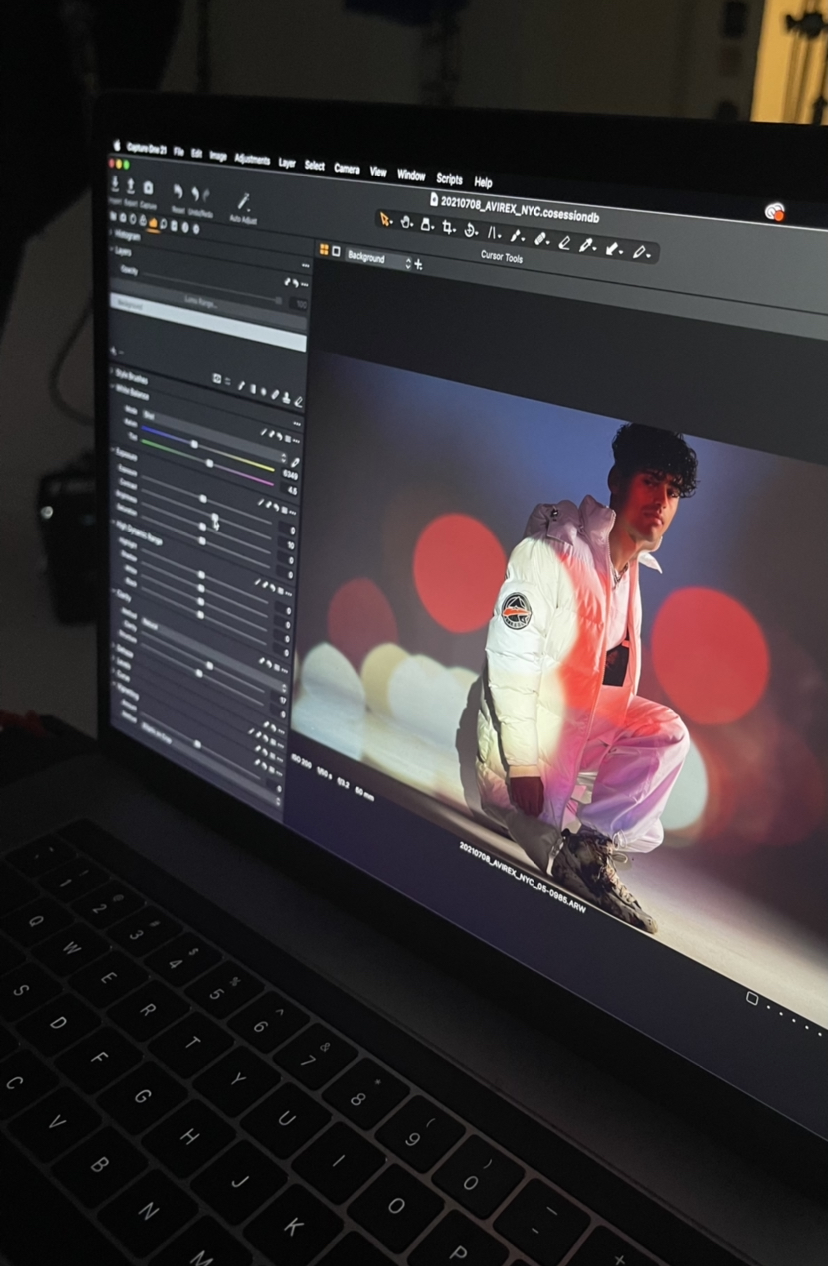 Basil Lyons is one of several influencers who will appear in the Avirex campaign in August.

Gale said the campaign, titled “I Am an Icon,” is intended to celebrate the brand’s “legacy and history and bring it forward.” Each cast member was chosen for their street style, individuality and charity connections. Gay, for example, started Flight 22 Foundation to provide disadvantaged youth with access to resources and opportunities to compete in today’s workforce. Lutchman is an advocate for suicide prevention and bullying, Boos teaches autistic kids to swim and Cort is dean of students at Harlem Link Charter School.

Berg said the plan for spring 2022 is to expand the collection into sportswear as well.