Home » Fashion » I was dubbed ‘the biggest catfish’ – after Botox, fillers & skin treatment I now actually look like my ‘after’ pictures

SHE was previously dubbed Tiktok's 'biggest catfish' after slapping on an astonishing 14 layers of foundation.

And now Jessy Volk has revealed she has undergone Botox, fillers and skin treatment to look more like her 'after' snaps. 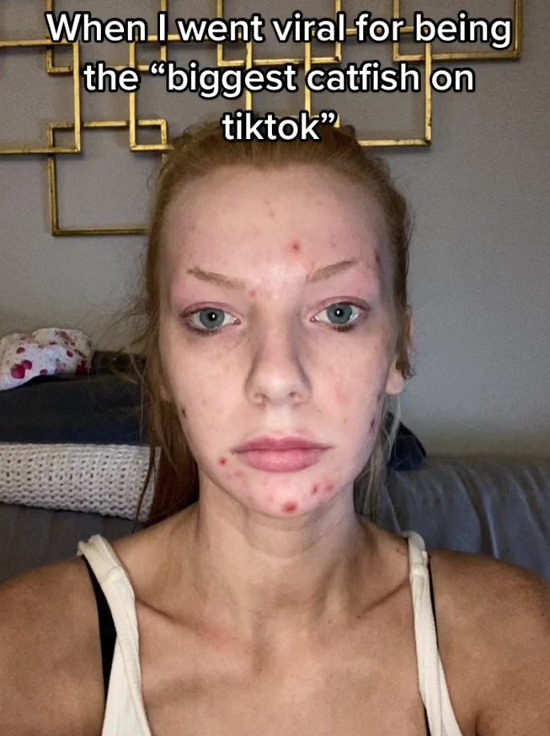 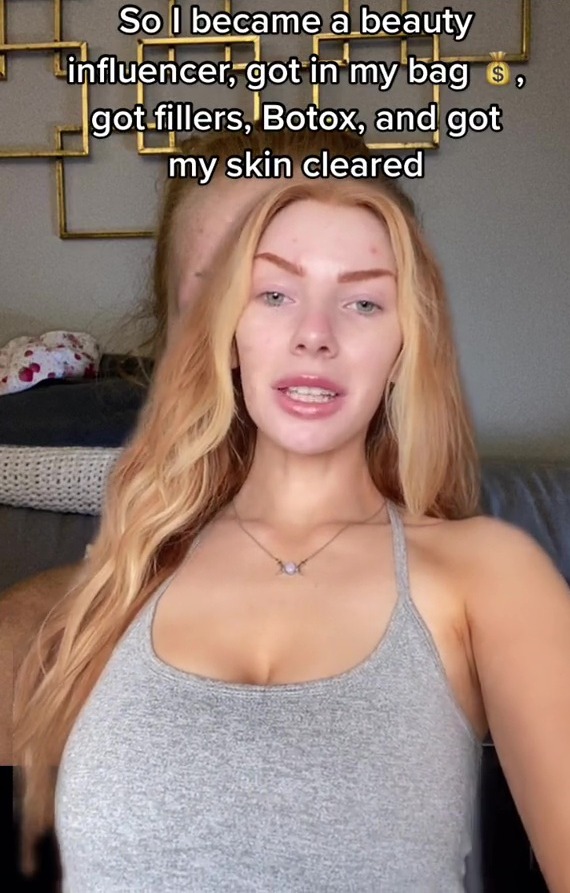 The TikTok beauty made the announcement on her page, writing she had 'understood the assignment'.

She said: "When I went viral for being the biggest catfish on TikTok. So I became a beauty influencer, got fillers, Botox and got my skin cleared.'

People were stunned – with some saying she was 'beautiful then and beautiful now'.

Jessy has a page dedicated to her incredible make-up looks, which are so good that people reckon she looks completely different.

Jessy hasn't been shy about her battle with acne either, and regularly shows her spotted face on camera.

Some of Jessy's clipshave racked up millions of likes from both men and women fascinated by her enviable make-up skills.

And while she certainly looks amazing both with and without make-up, you can hardly tell it's the same person. 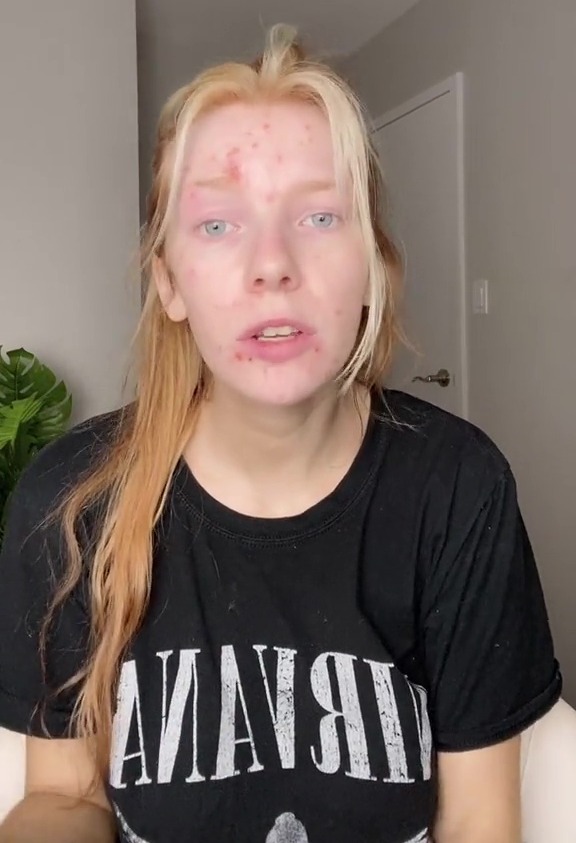 Many women try and hide their natural visage on camera, but Jessy embraces it – and she doesn't care what people say about her either.

When not using her "holy grail" make-up product- which is Huda Beauty's Faux Filter foundation -there are many steps involved in covering her break outs.

One clip shows Jessy's "bad breakout acne coverage"tutorial which sees her apply a moisturiser, primer, colour corrector and a concealer all before the actual foundation. 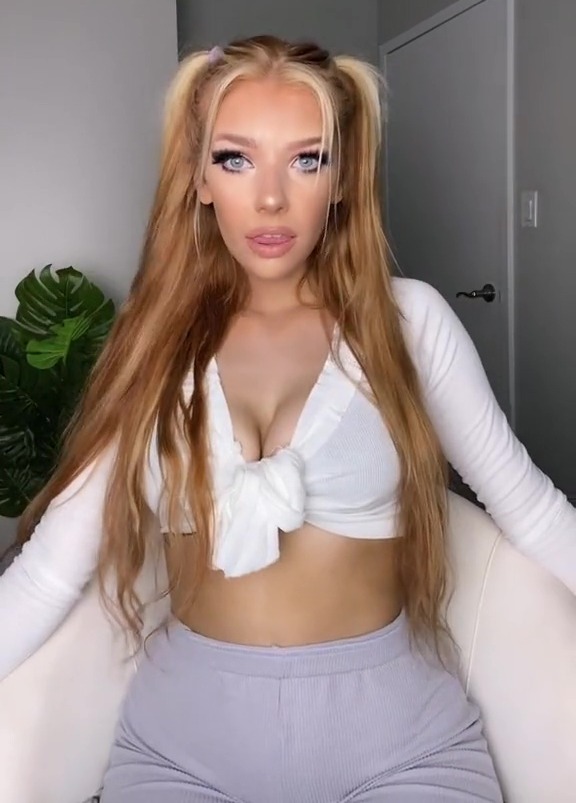 She chooses a green colour correcting product which helps neutralise the redness in her skin – so it's perfect to cover up inflames blemishes.

After these steps, she will use a setting spray before applying a full-coverage powder foundation.

Then she will spray her face again and go in with a thick foundation which she will reapply where needed.

And let us just say that this ten-step routine looks exhausting – but on some days there's even more involved for Jessy. 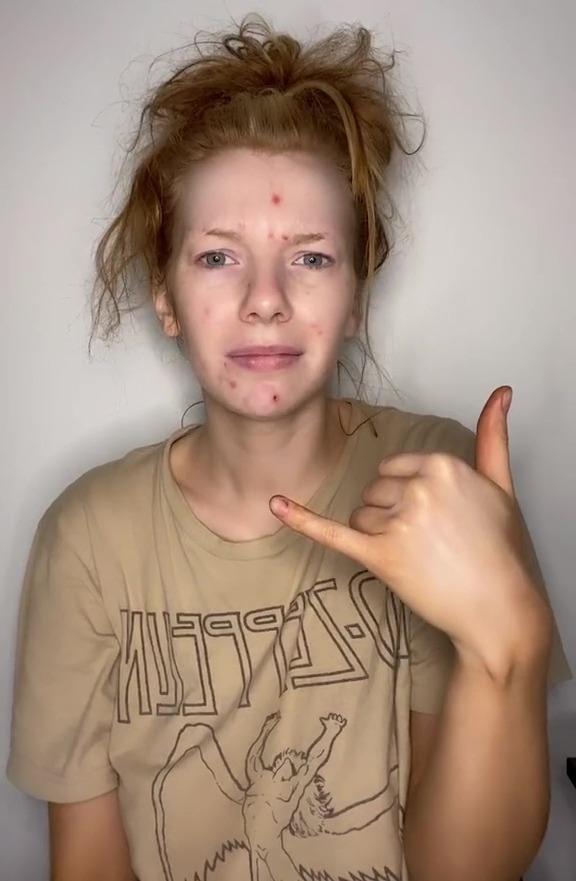 Another clip shows Jessy applying 14 layers to her skin in response to a fan who seemed baffled by her lengthy make-up routine.

This just a part of Jessy's day-to-day though, along with maintaining her sun-kissed glow.

She does this, of course, using fake tan, as the beauty fan usually has a pale complexion.

Although you don't see it often, the crisp white skin does peep through occasionally if you look beyond the countless clips where she appears effortlessly bronzed.

What is a Catfish and where did the term come from?

'Catfishing' is when someone creates fake profiles on social media sites to trick people into thinking they are somebody else.

The term was first used in the 2010 documentary 'Catfish' – in which Nev Schulman discovered the gorgeous woman he fell in love with online was a middle-aged, married mum.

Schulman fell in love with "Megan" – but also spoke to her mum Angela, half-sister Abby and stepdad Vince online.

At the end of the documentary Schulman discovers "Megan" was a fake account run by Angela using a family friend's photos.

After becoming suspicious Schulman drives to "Megan's" address – and finds Angela, who admits she was behind the account all along.

At the end he tells a story about how live cod were shipped along with catfish to keep the cod active and ensure the quality of the fish.

He uses the metaphor to describe Angela, saying there are always "catfishes" in our lives who keep us alert, active and on our toes.

Schulman later turned the documentary into the 'Catfish' TV show, where he helps others solve their online relationship mysteries.

Jessy is one of many proud ‘catfishes’ who show off incredible transformations which have blokes drooling… then darting in the other direction.

And this woman is a proud catfish and never hides her fake teeth – but cruel trolls say her incredible transformation should be ‘illegal’.