LYING in her hospital bed hooked up to beeping machines, Simona Stankovska only had one thought: "I don't want to die."

Yet, just 18 months earlier it was something she was convinced she wanted – as she was gripped by an eating disorder. 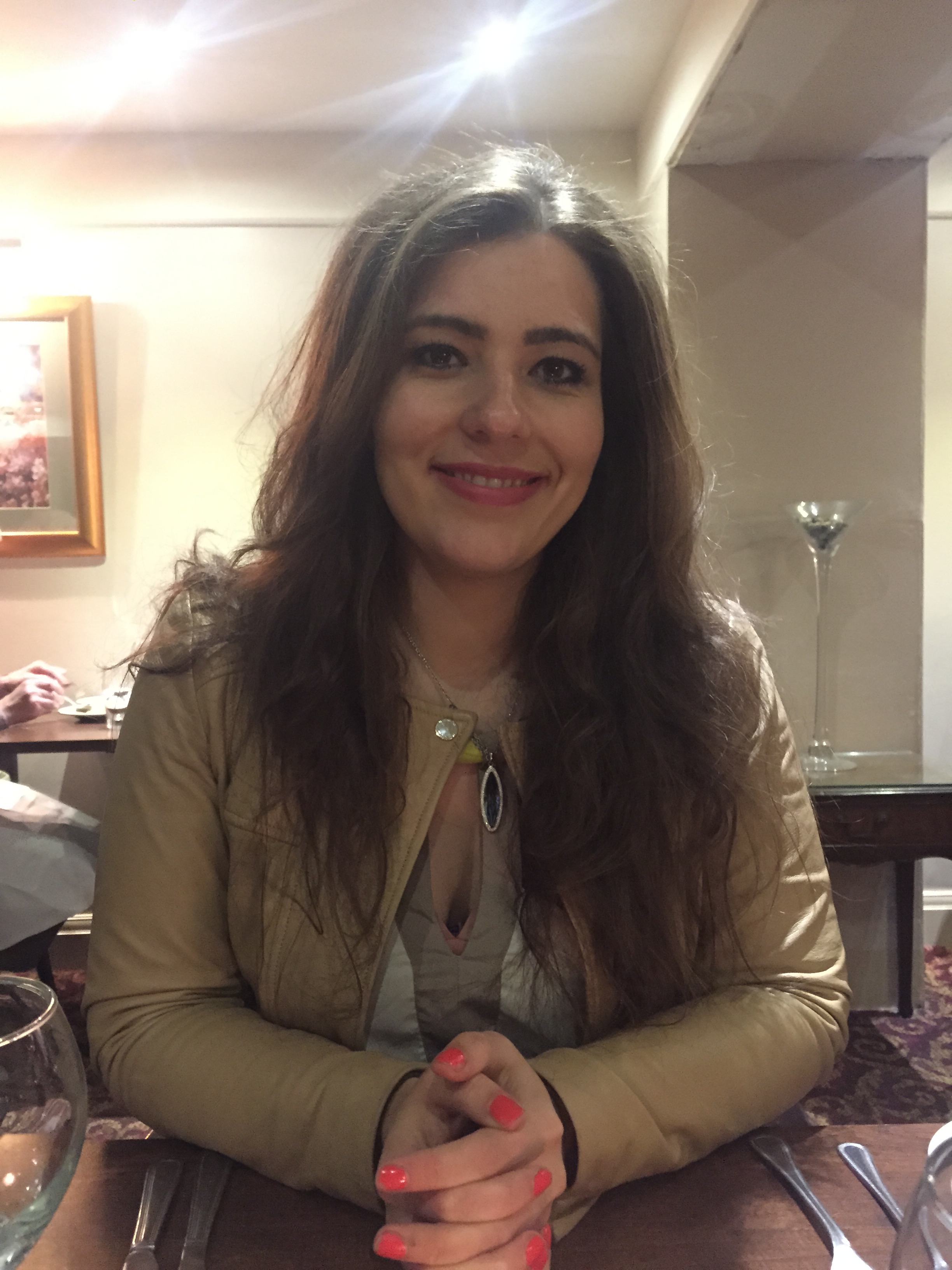 It was only after a neurologist said she needed brain surgery that the then 27-year-old, from Twickenham, South West London, knew she wanted to live.

Earlier that day, she had been driving along the M4 when she passed out behind the wheel.

“I was making my way home on the motorway, when I noticed the sunlight seemed suddenly too bright for my eyes," she said.

"Moments later, I felt a blinding headache, and realised I couldn’t understand what my sat nav was saying.

“Next thing, I’d been sick in my lap and was being flashed by a lorry behind me, having slowed right down to 20 mph.

"Somehow I managed to pull over, and called my mother through the car’s last-dialled function.

“When Mum realised I couldn’t talk properly, she dialled 999 and the emergency services located me via my phone’s GPS system.” 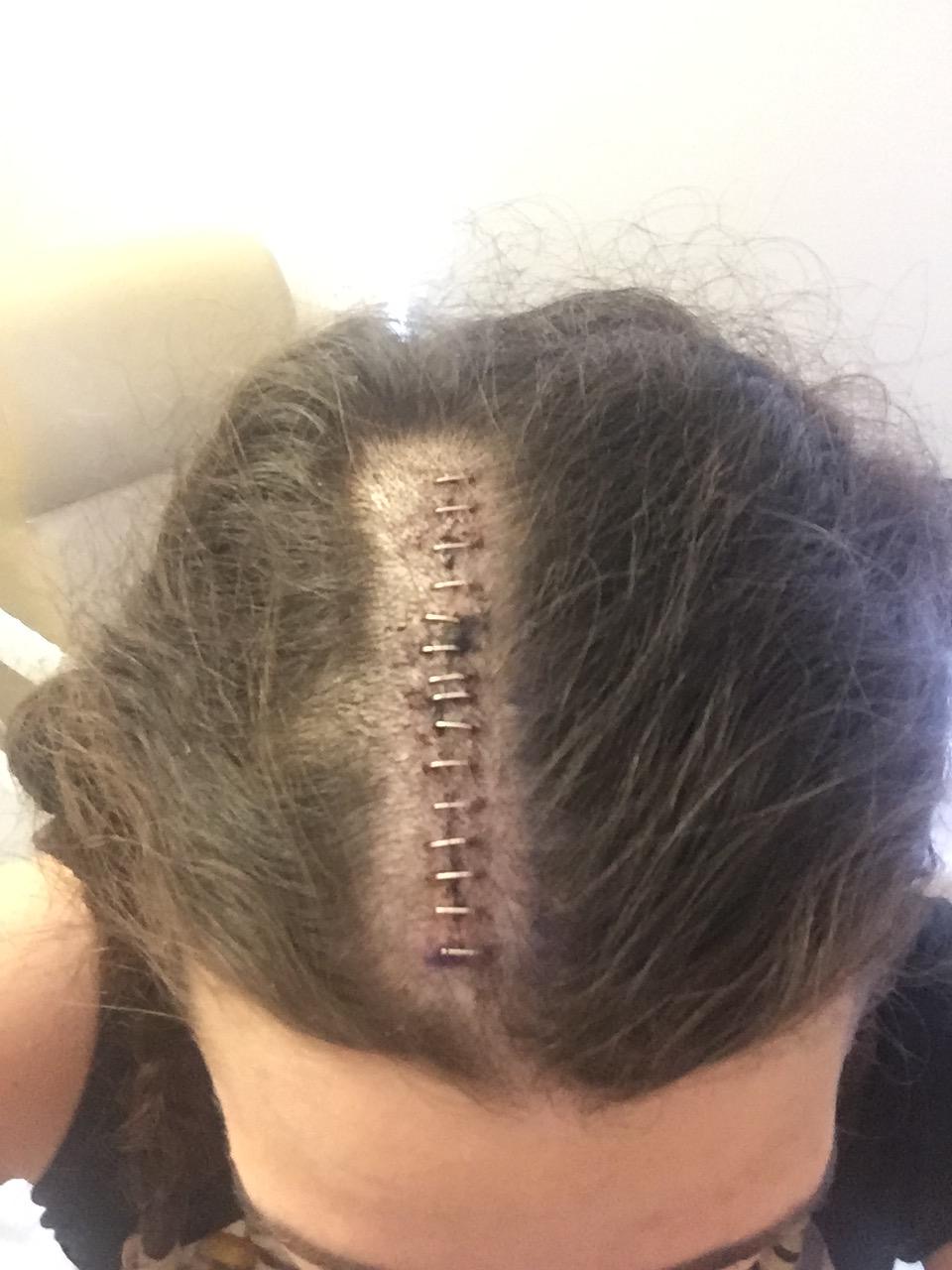 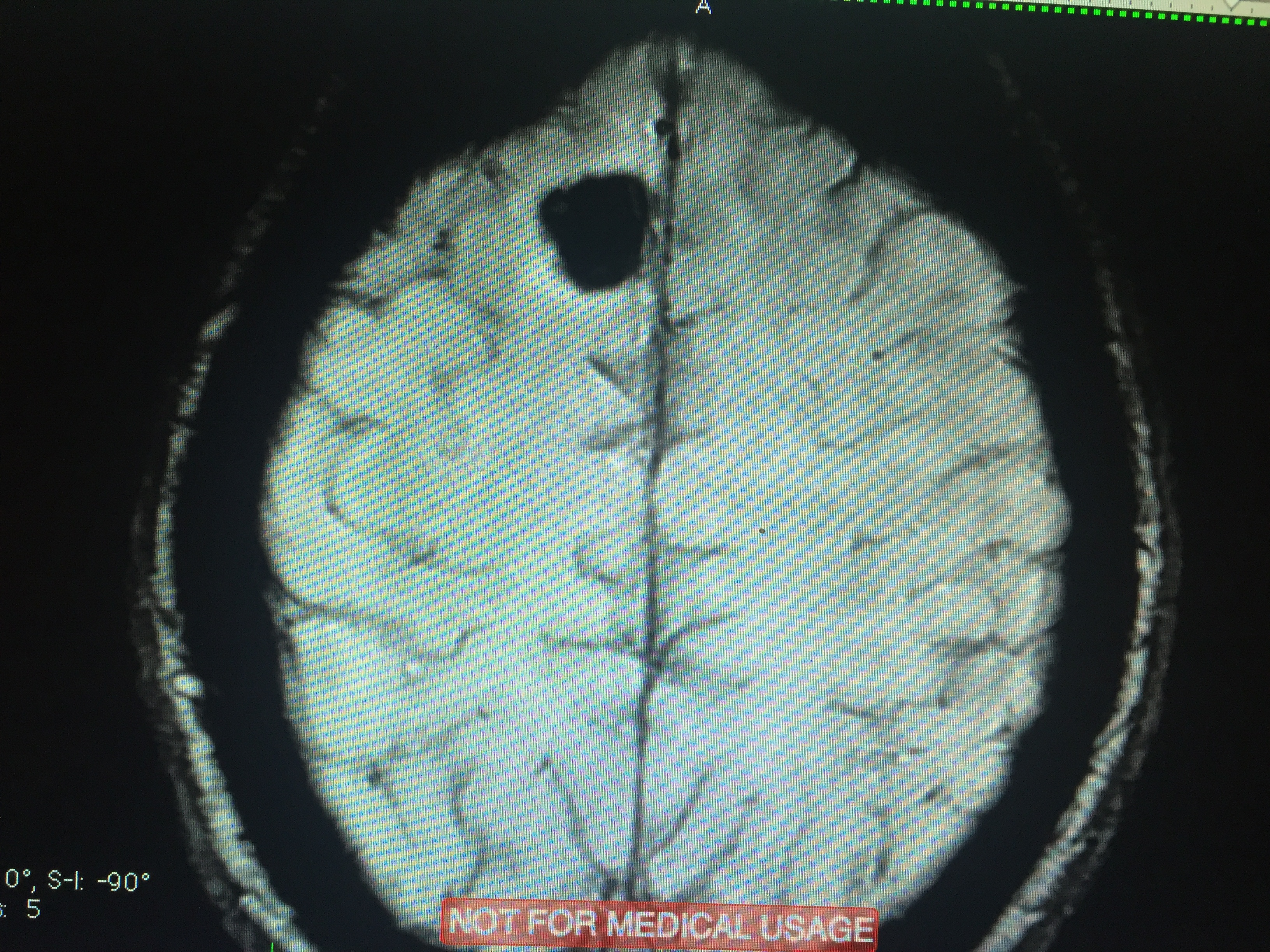 In hospital, she was diagnosed with a rare type of brain lesion called a cavernoma – an abnomal cluster of blood vessels resembling a raspberry, which had bled into her brain, causing a stroke.

Simona said: “I’d never heard of a cavernoma before. When a neurologist told me I needed brain surgery, the first thought that came into my head was that I was going to die.

“It was bizarre, because 18 months earlier, when my eating disorder was at its worst, I was convinced that I wanted to die.

"But now I realised I definitely wanted to live." 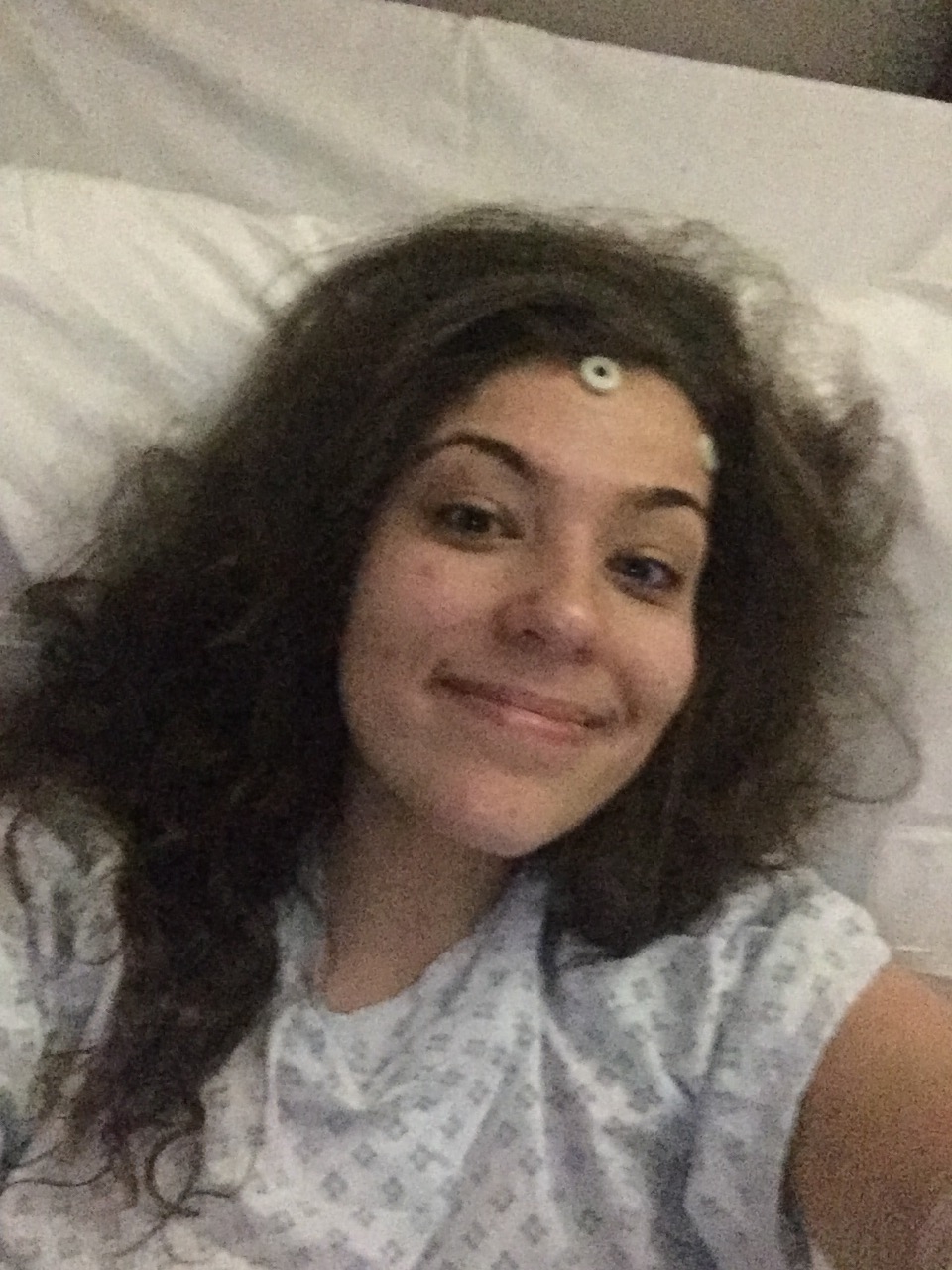 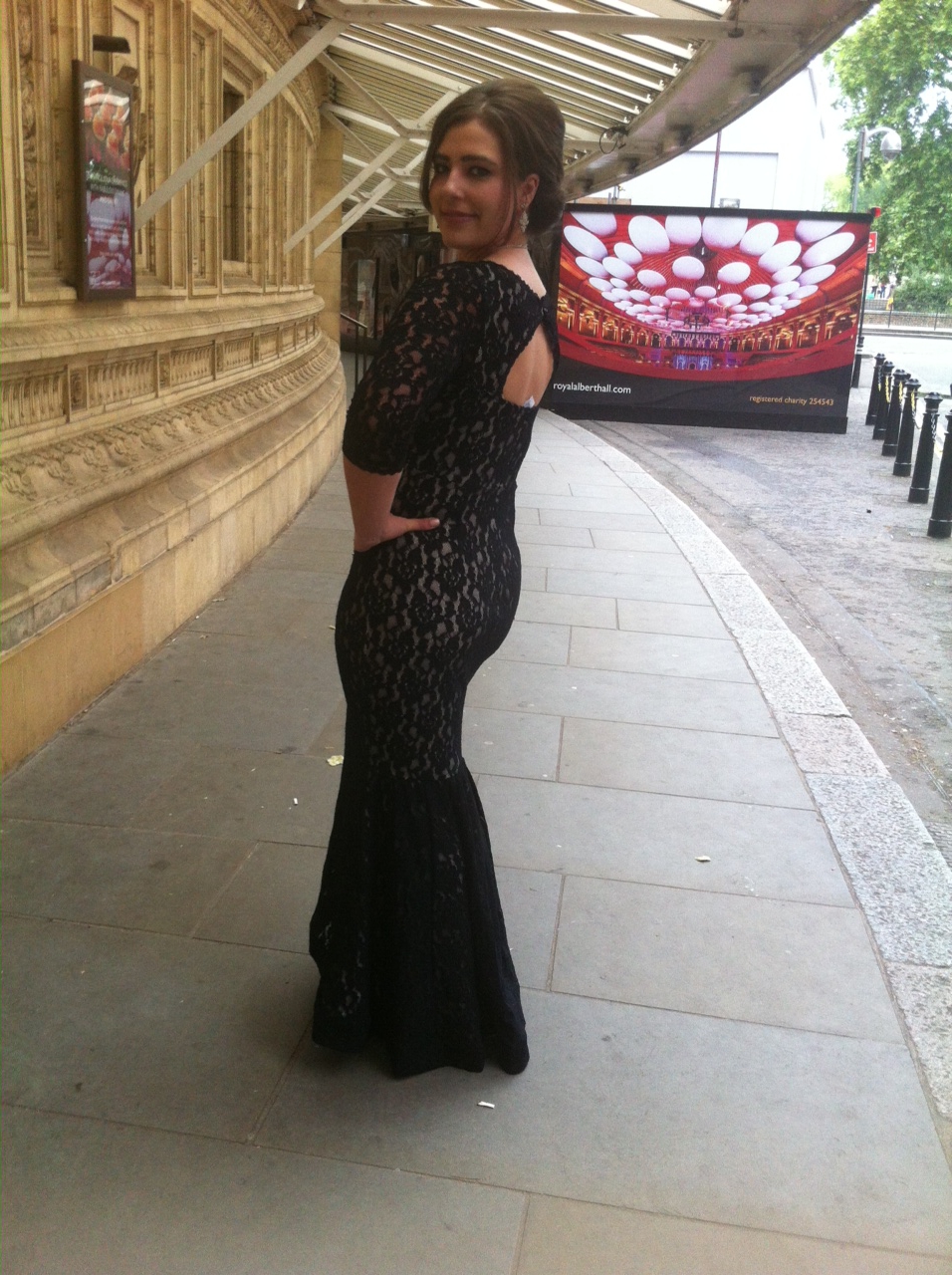 Simona, now 32, first developed an eating disorder when she was 11 after a relative made a comment about her knees which left her mortified.

She said: "As soon as I got home, I measured my body, and drew up a chart to stick on my bedroom door.

"I started obsessively counting calories, restricting my food intake to as little as one satsuma per day.

“Soon I’d lost a lot of weight, and became anorexic. My parents were distraught.

"But once I was so thin that I could fit into clothes meant for much younger kids, I was pleased.

"People told me I looked ill, but in my mind they were just jealous.” 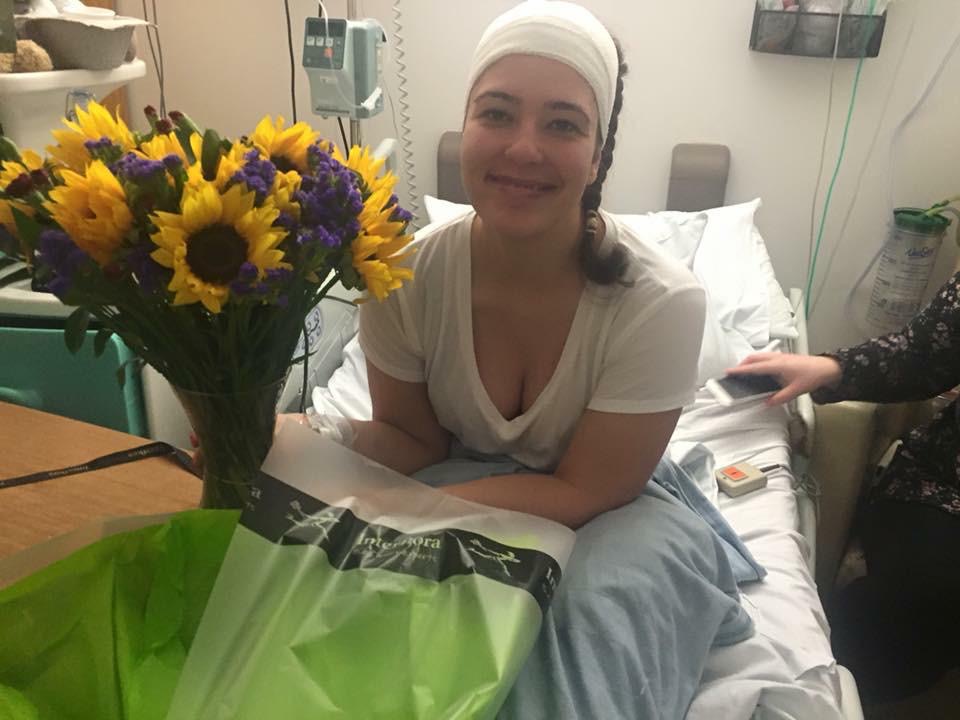 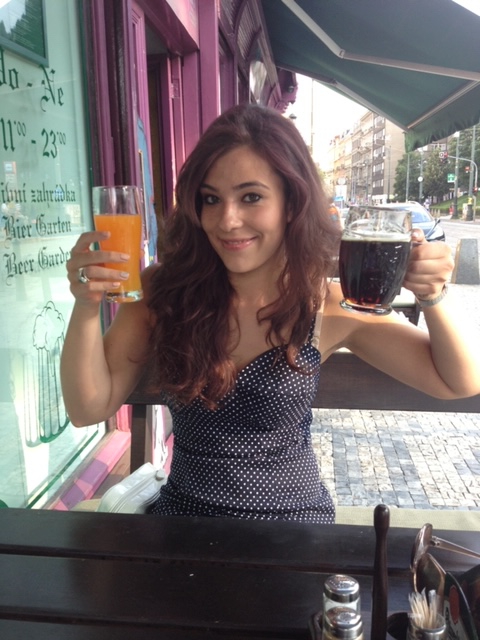 Then, at 16, Simona had a severe allergic reaction after using a packet of hair dye.

She said: “Doctors prescribed steroids to help me recover, which gave me a raging appetite and made me hungry all the time.

"I couldn’t control my anorexia any more. So I became bulimic – binging and purging.

"My throat felt red raw, my knuckles were scraped from forcing fingers down my throat, and my cheeks and glands swelled from excessive vomiting.”

At 26, and by now working as a financial journalist, she reached rock bottom.

“I’d spent a long time trying to be what I considered to be glamorous," she said.

"But eventually my eating disorder began to affect my job, my relationships, and my everyday existence.

“I was making myself sick in public toilets, and constantly spaced out from living in a state of malnutrition.” 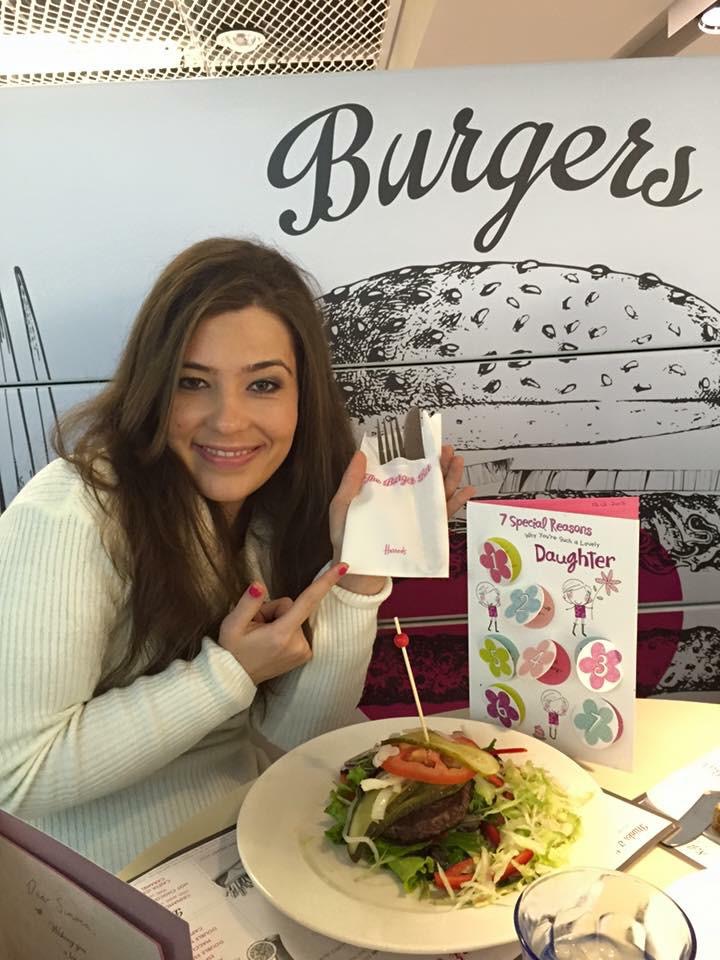 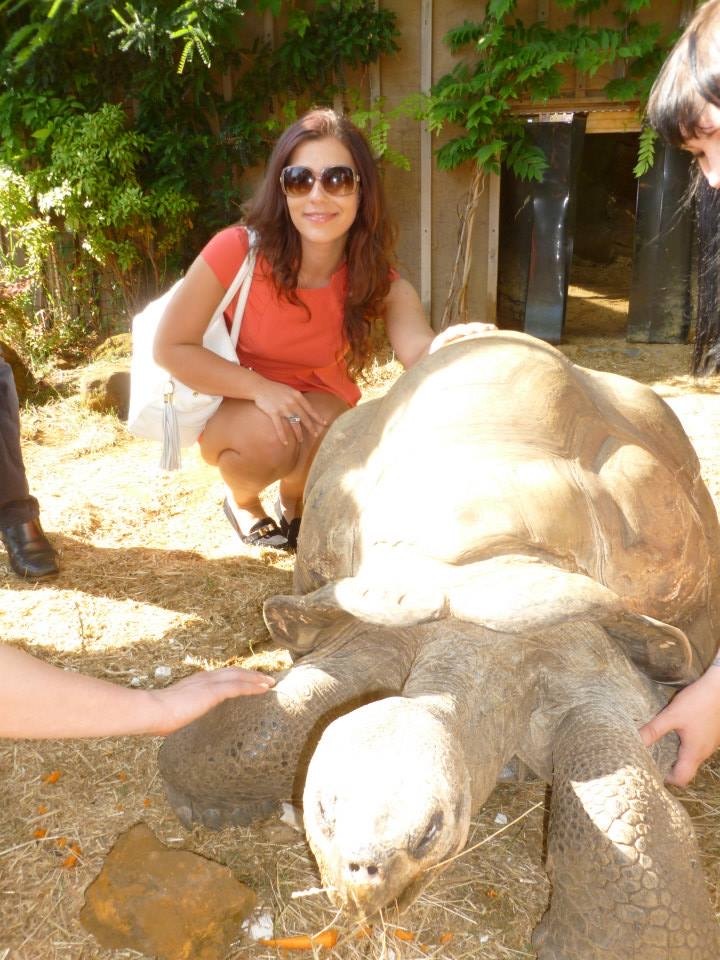 Desperate, she called her company’s health insurer, asking for help.

Just three days later she was a patient in a residential rehab facility: “I spent four weeks in rehab and it was the hardest thing ever.

"I had to work on my core beliefs – let go of the crutch that was my eating disorder, and learn to eat normally.”

Simona began a gradual journey back to health – but then 18 months later she suffered the life-changing stroke.

She had to wait three months for an operation and during that time she had to move back in with mum as she was was unable to walk without a zimmer frame.

“Knowing my history of eating disorders, doctors warned me that if I made myself sick, any more, it could kill me – the pressure of purging could make my cavernoma bleed again," she said.

“More than ever, I knew it was crucial that I stuck to my recovery.”

In December 2015, Simona underwent surgery to remove her cavernoma at the National Hospital for Neurology and Neurosurgery in Queen Square, London. The surgery was risky.

What is a cavernoma?

A cavernoma is a cluster of abnormal blood vessels, usually found in the brain and spinal cord.

A typical cavernoma looks like a raspberry. It's filled with blood that flows slowly through vessels that are like "caverns".

A cavernoma can vary in size from a few millimetres to several centimetres across.

Symptoms of cavernoma
A cavernoma often does not cause symptoms, but when symptoms do occur they can include:

Problems can occur if the cavernoma bleeds or presses on certain areas of the brain.

The cells lining a cavernoma are often thinner than those that line normal blood vessels, which means they're prone to leaking blood.

In most cases, bleeding is small – usually around half a teaspoonful of blood – and may not cause other symptoms.

But severe haemorrhages can be life threatening and may lead to long-lasting problems.

You should seek medical help as soon as possible if you experience any of the above symptoms for the first time.

The chances of permanent paralysis were high, and because of where the cavernoma was sited, she could have also lost her power of speech.

She said: “I visited the hospital chapel the night before my op, and prayed that everything would be okay. I’m not normally religious, but I just prayed to the universe.

“Waking up from six-hour surgery with 15 staples in my head, I was so thankful to be alive.

"But at first I couldn’t move my legs. Luckily, a few hours later, I regained the sensation in my legs.

“I couldn’t believe I’d wasted so many years being scared to eat and worrying about how I looked and how much I weighed.

“Now, I felt proud of my body, scar and all, because it was strong and had survived.” 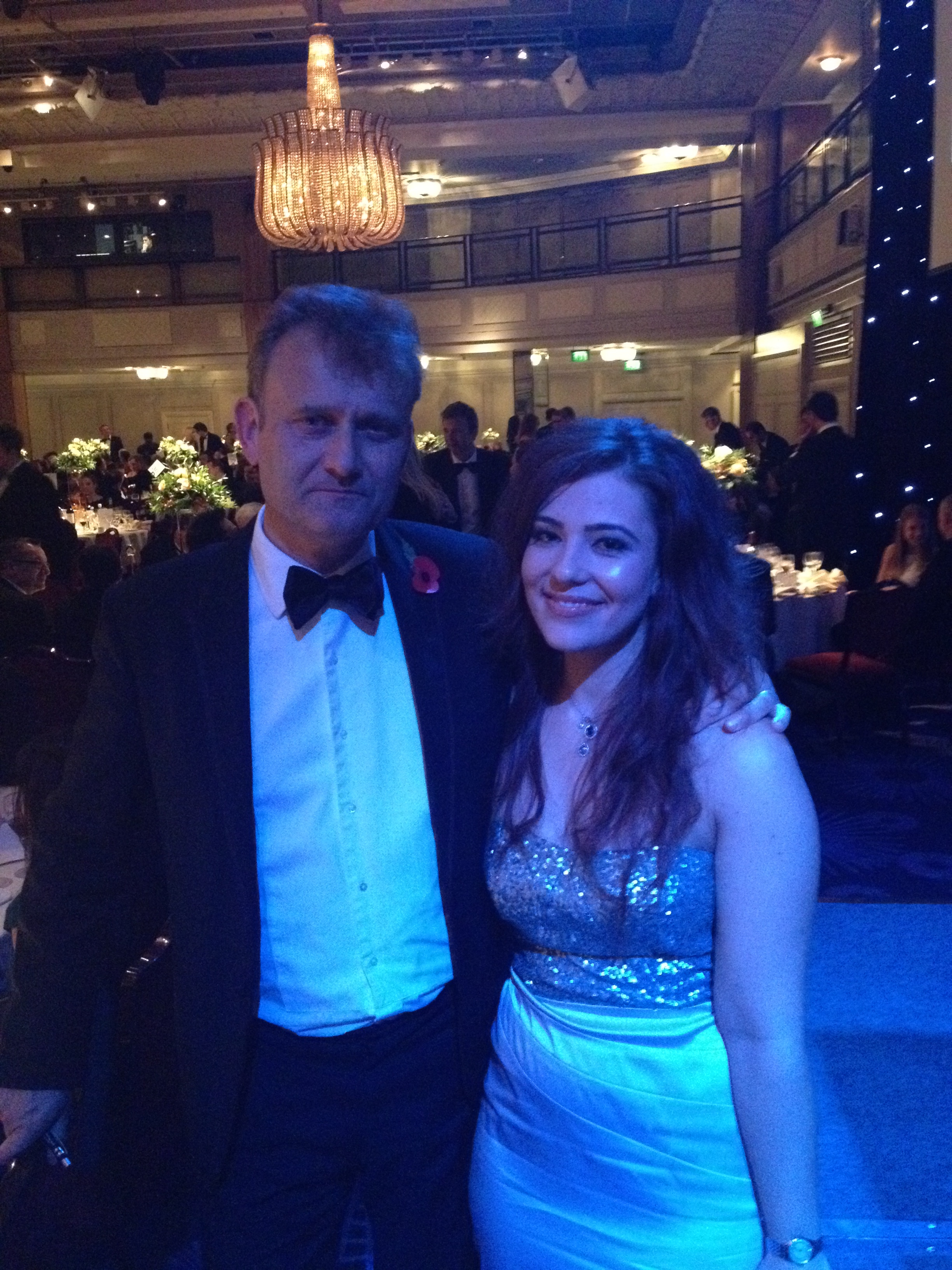 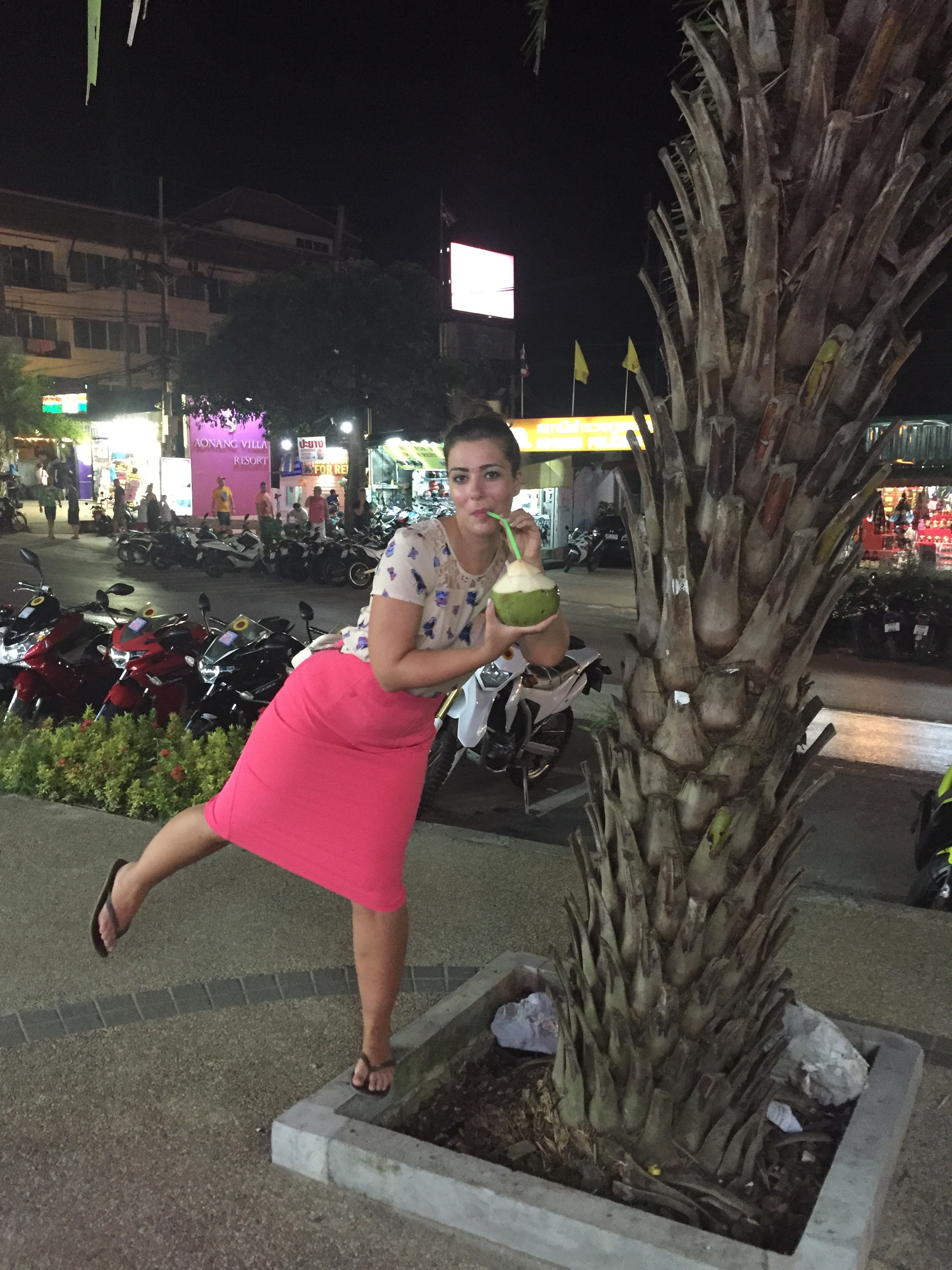 It took nine months for Simona to recuperate.

During this time, she learned that her cavernoma was in her frontal lobe, the area of the brain controlling emotions and impulse control.

Doctors told her that it had probably been there all her life, possibly contributing to her eating disorder in the first place.

Today, despite being left with some weakness down the left-side of her body, she has regained her quality of life and loves going to the gym and cycling.

Simona said: “The cavernoma left me a different person. After all, I have a big chunk of my brain missing.

"Now I struggle with balance, can’t do some things I once took for granted, and get fatigued easily.

“But I’m thankful to be alive. I embrace eating out with friends. I surround myself with people who love me for myself,  as opposed to those who judge me on the way I look, or how much I weigh.

“I’ve learned the hard way that life is short and we must live it and enjoy it.”

In 2018, Simona founded The Cavernoma Society, a support group which the following year became a registered charity.

It provides support, advice, private counselling and mindfulness retreats to 800 members affected by cavernoma, and funds psychological and medical research.

She combines running the organisation with working as a PR manager for an investment brokerage firm.

Next month, Simona will be presented with a British Citizen Award Medal of Honour. 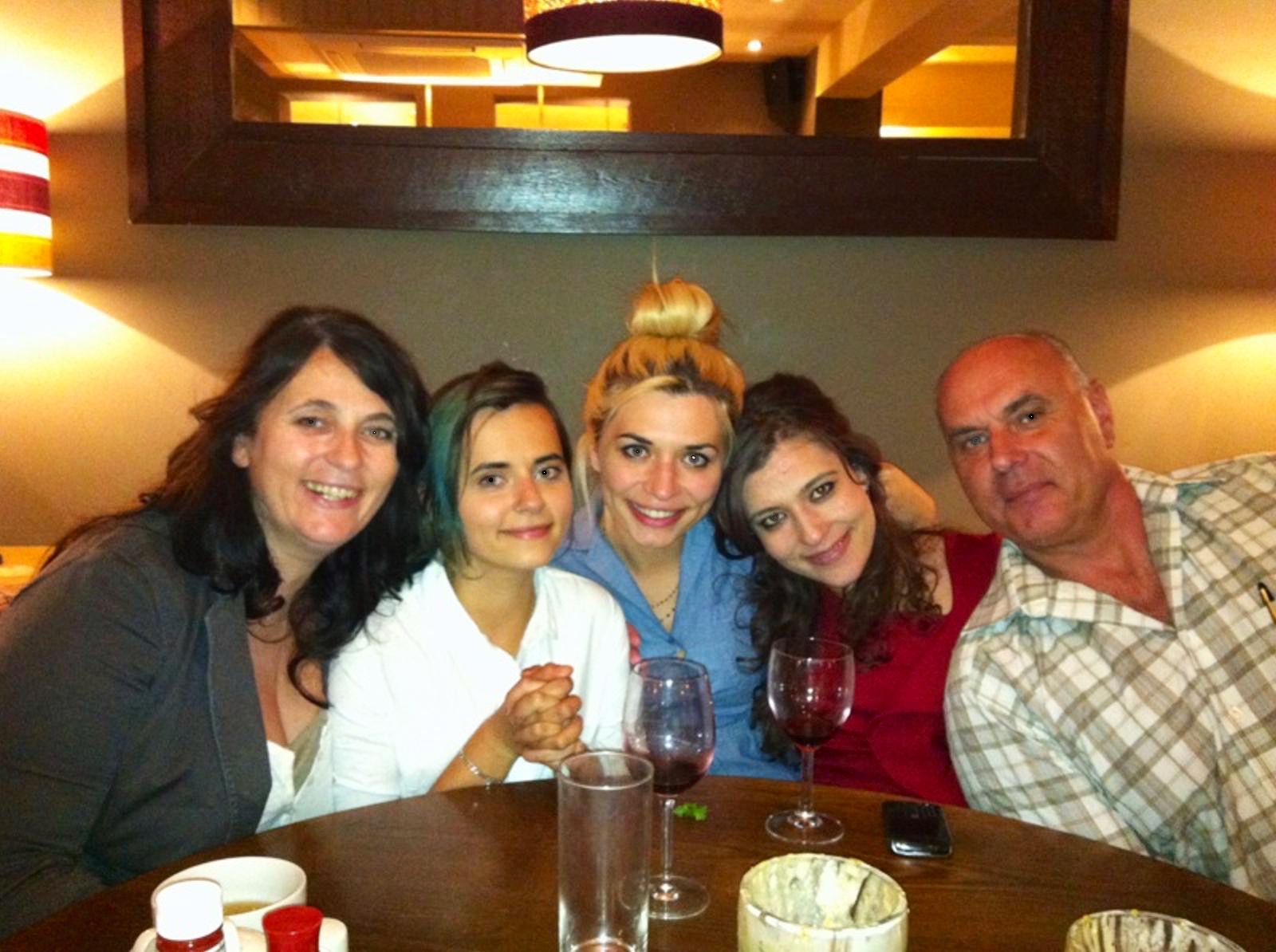 She says: “I’m happy that something I’ve done from the heart is being recognised. Hopefully it will help our charity grow and be noticed.

“For me, my cavernoma was a blessing, despite all the pain and suffering. It finally cured me of my eating disorder and taught me important lessons.

“No matter how low you’re feeling, things can always change for the better. I talked to professionals, I had therapy, and learned to love myself. Other people can do that, too.”