Emerging designer, Anifa Mvuemba of Hanifa, set the bar high for her first in-person runway collection after creating her virtual 3-D fashion show during the pandemic and being worn by the likes of Beyoncé, Zendaya, Sarah Jessica Parker, and Tracee Ellis Ross.

Earlier this week, Mvuemba debut her first cat walk show at the one and only National Portrait Gallery in Washington, D.C. where hundreds of guests gathered to support. She called this season’s collection ‘Dream’—which summarizes the past 10 years of her business. 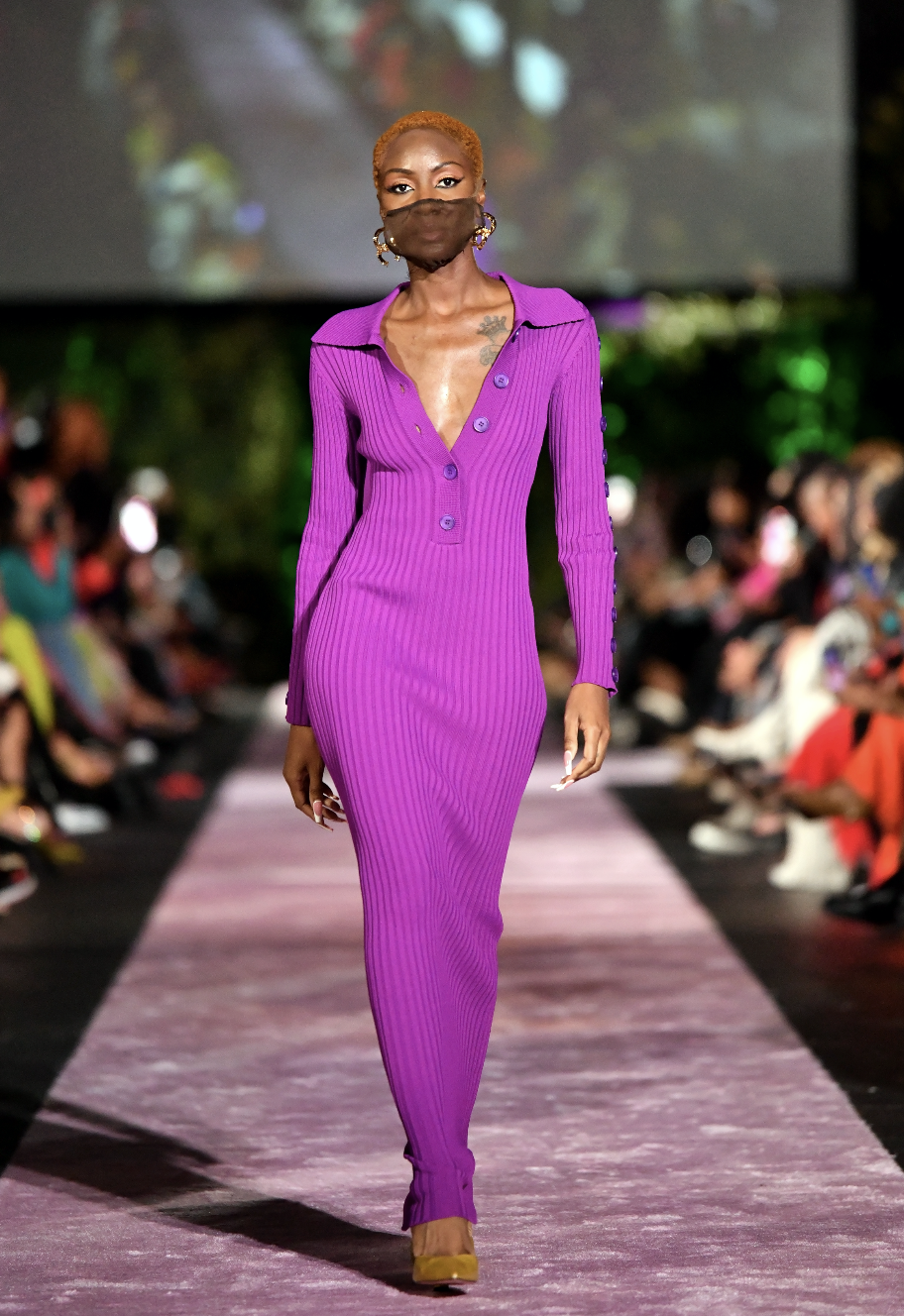 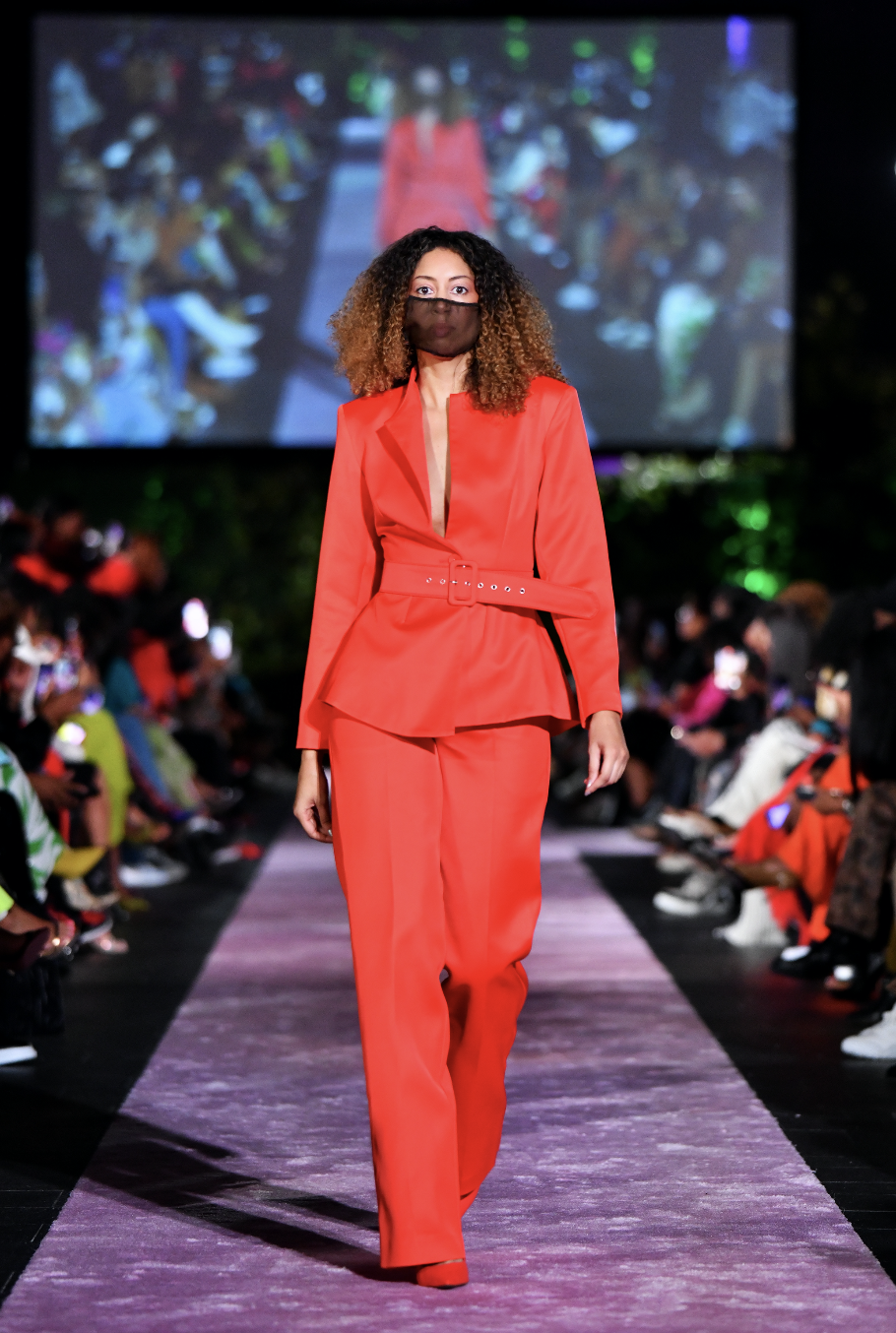 Her secret ingredient she says is her team. “This is a moment for all of us, we all work so hard and I’m so grateful”. Mvuemba went on to explain that showing in D.C. was special. Not only is that where she got her start in fashion in 2011, the self-taught designer assembled a team that is still based there today. “I wanted to inspire. We don’t have to leave, there’s so many creatives here,” she says about living and working in the city. “I wanted to give opportunity to local artists, 80% of the models are D.C. based and I wanted to make sure we supported them”. 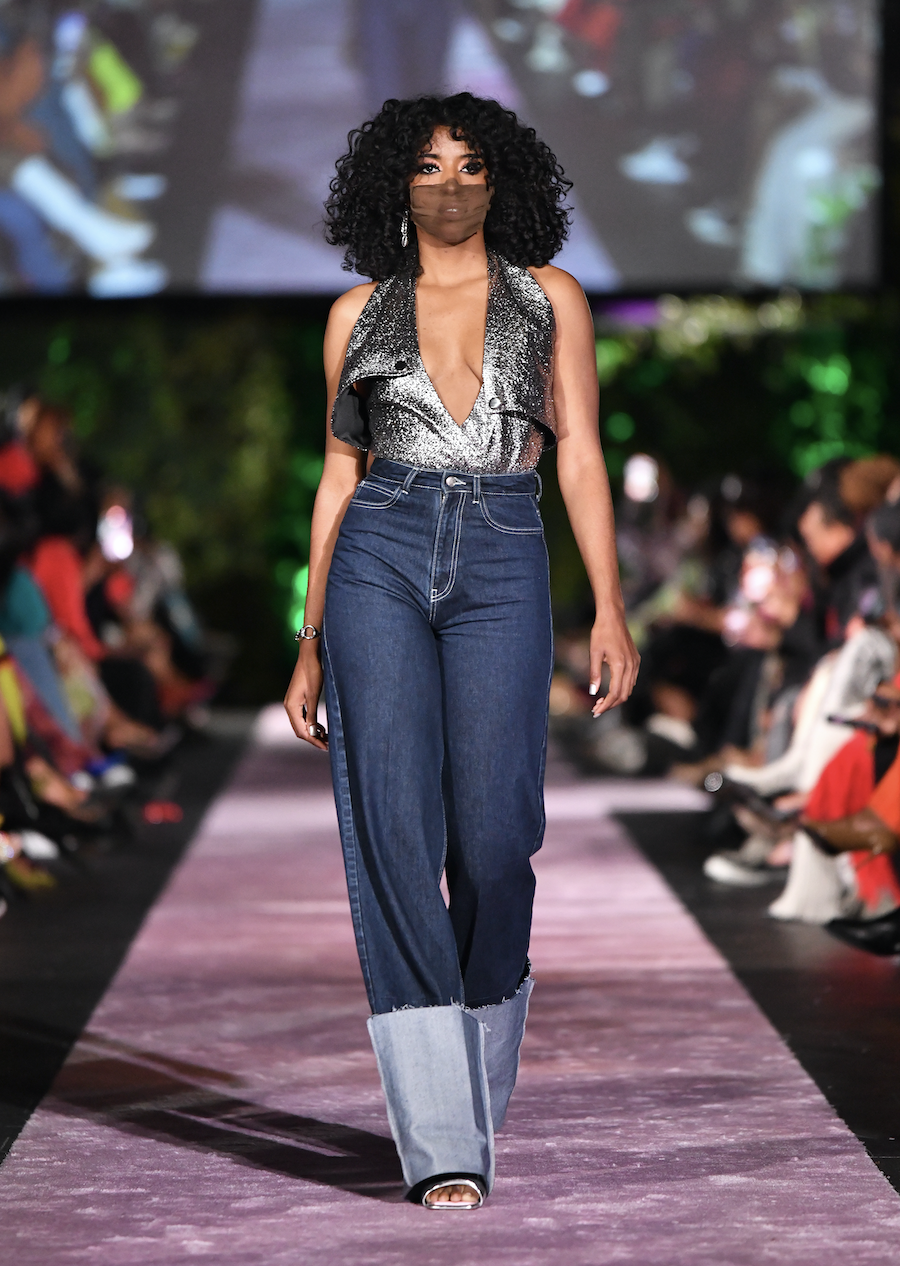 Homage to her earlier knitwear pieces and tailored separates were shown in new ways, this time with volume and asymmetrical necklines. Mvuemba explained she’s tried denim in the past, and this is the season she hit her stride. From high waisted wide-leg jeans with over exaggerated cuffs to an avant-garde denim finale dress that closed the show. There were of course new iterations of her knit dresses her fans buy in bulk, this season with color blocking and variations of sheer knit fabrics pieced together.

So what’s next for this young designer? Another ten years, at least.