Home » Fashion » Gucci Charts The Last 100 Years In the Most Alessandro Michele Way, Ever

Gucci’s Alessandro Michele isn’t afraid to think big. Since becoming creative director of Italian luxury brand in 2015, the designer has been serving up one grand idea after the other and has found a way to top it every single time. He has a maximalist approach to styling that’s undeniably impacted the industry. Now, as the brand celebrates its centenary, Michele is launching a Gucci 100 capsule collection and staging a handful of NYC happenings—including a takeover of the 14th Street subway station—that are as OTT as you would expect.

Kicking off its birthday celebration, Gucci opened a new exhibit in the heart of Manhattan’s Meatpacking District, tracking the Florentine house’s most influential pieces over the decades. Between the Gucci-fied walls are velvet covered rooms, each curated with a distinct vibe. One is dedicated to the house’s new fine jewelry offering, while another is reserved for its logo-emblazoned items, including the Balenciaga-hybrid Hacker Project pieces from Fall 2021.

“It isn’t a revisionist attempt to rummage through the past: if anything, mine is a ‘reverse’ revisionism of the House’s history, stitched back together by a piercing note, a melody, a refrain,” Michele explained of his inspiration for the Gucci 100 capsule collection. “If I were to depict Gucci, for me it would be an eternal teenager who hangs out at places where music is heard and played.” 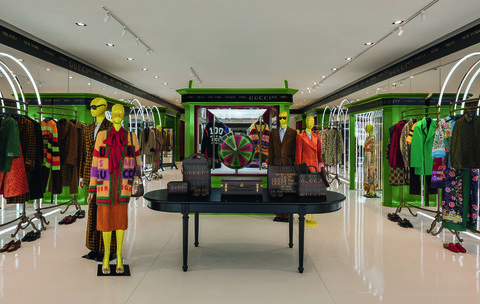 At this location, shoppers will find an offering of everything from monogrammed luggage sets and outwear, to tried-and-true house icons, like suits and slip-on loafers, now featuring musical prints. If you’re ready to join the party, shop select pieces, below. 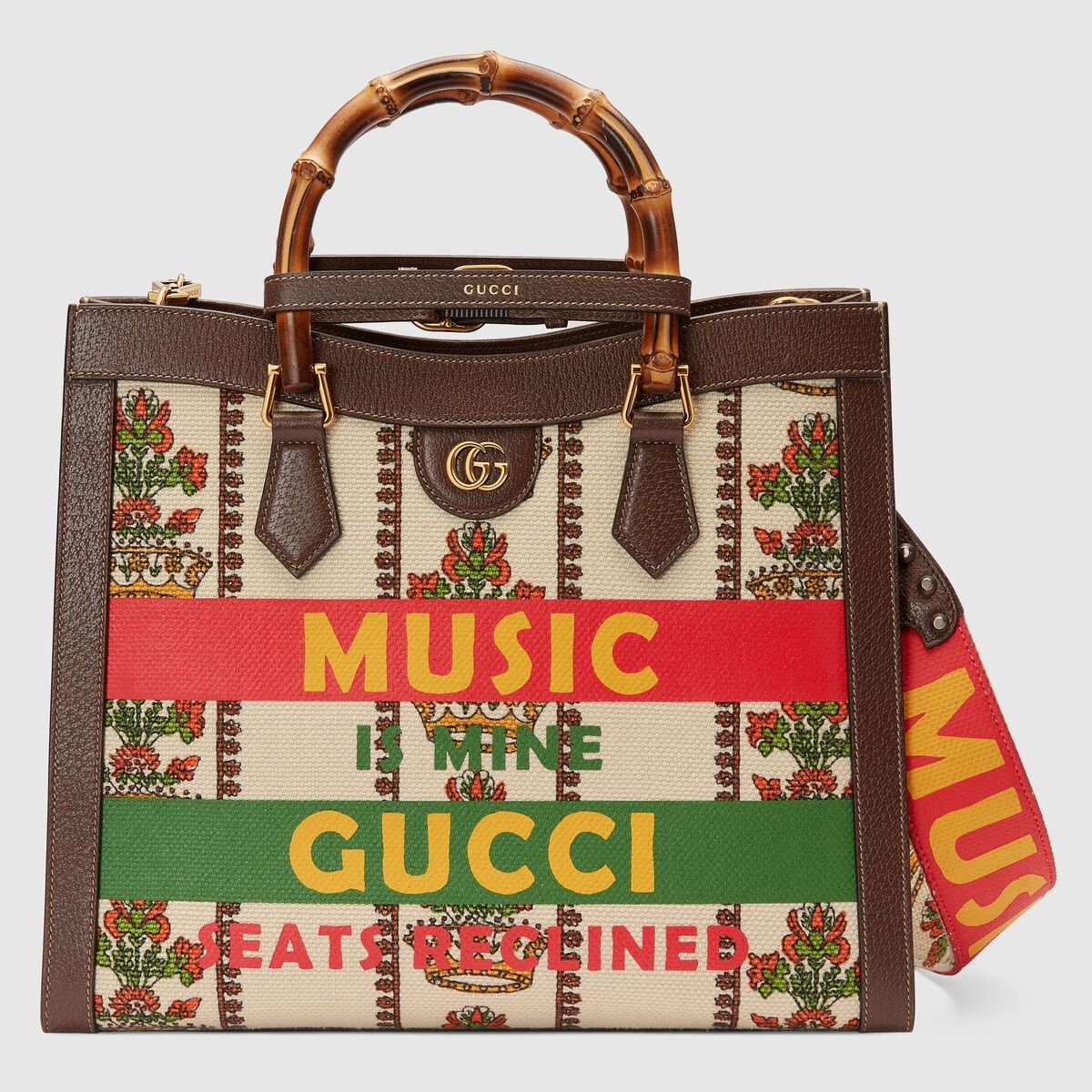 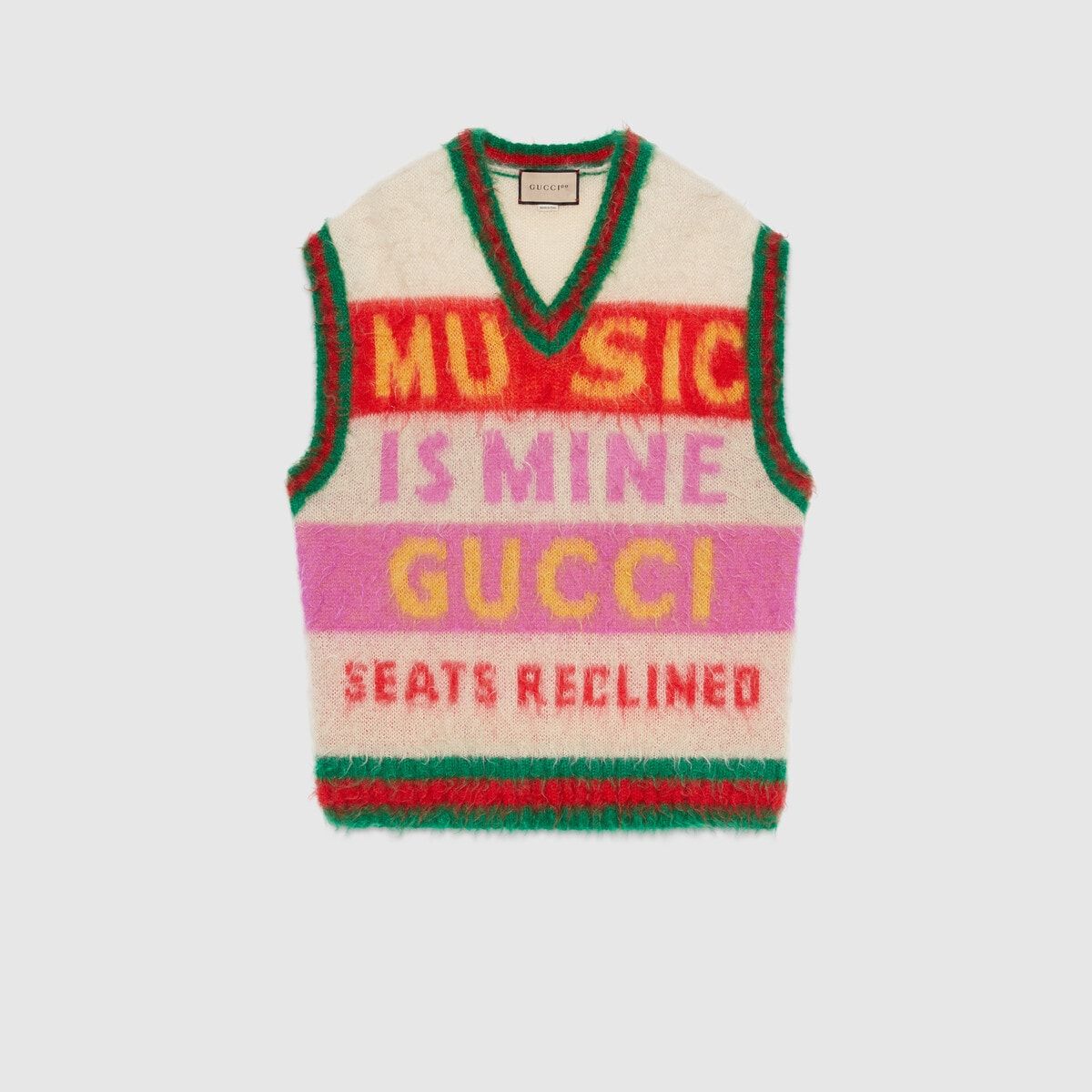 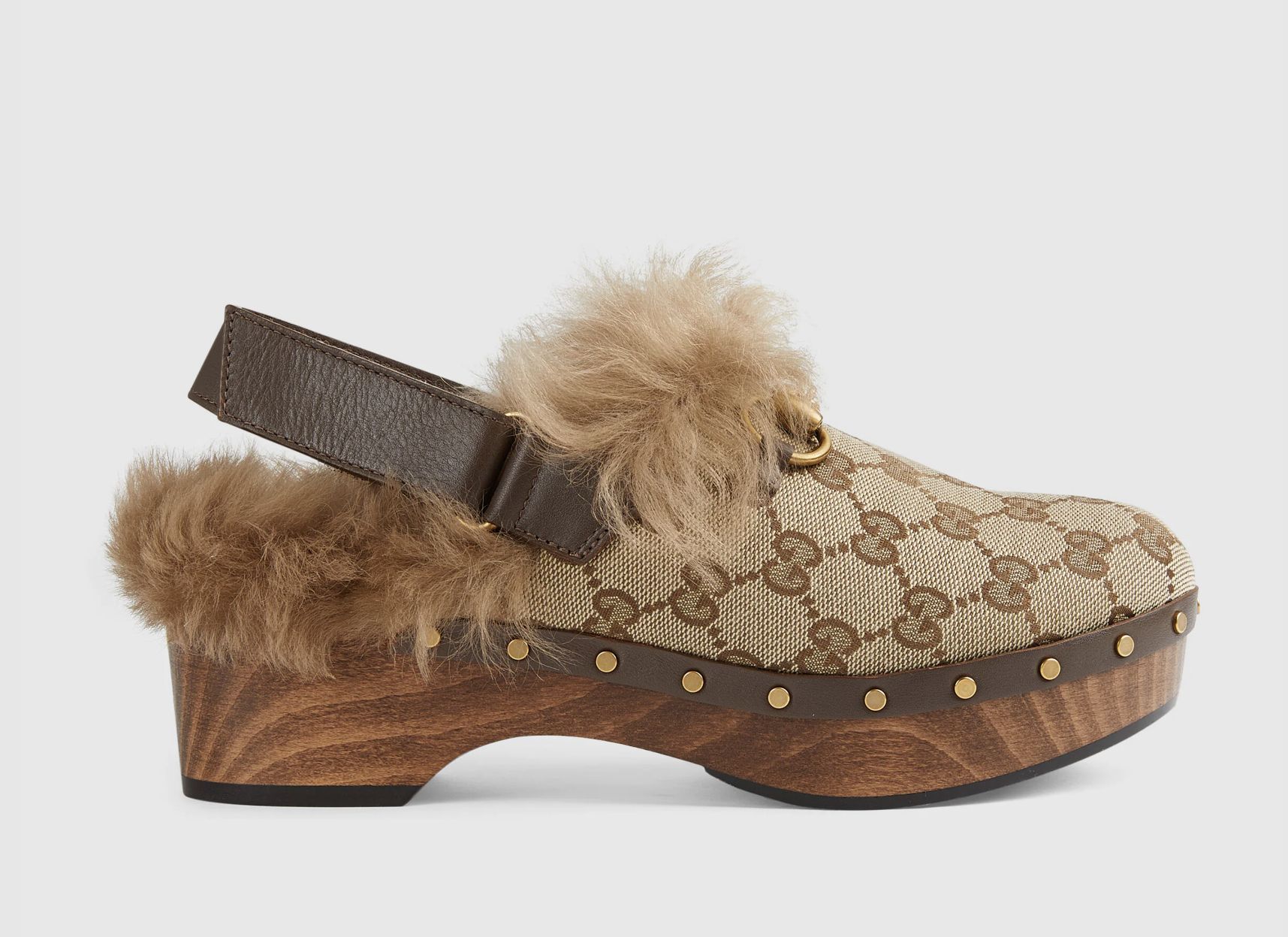 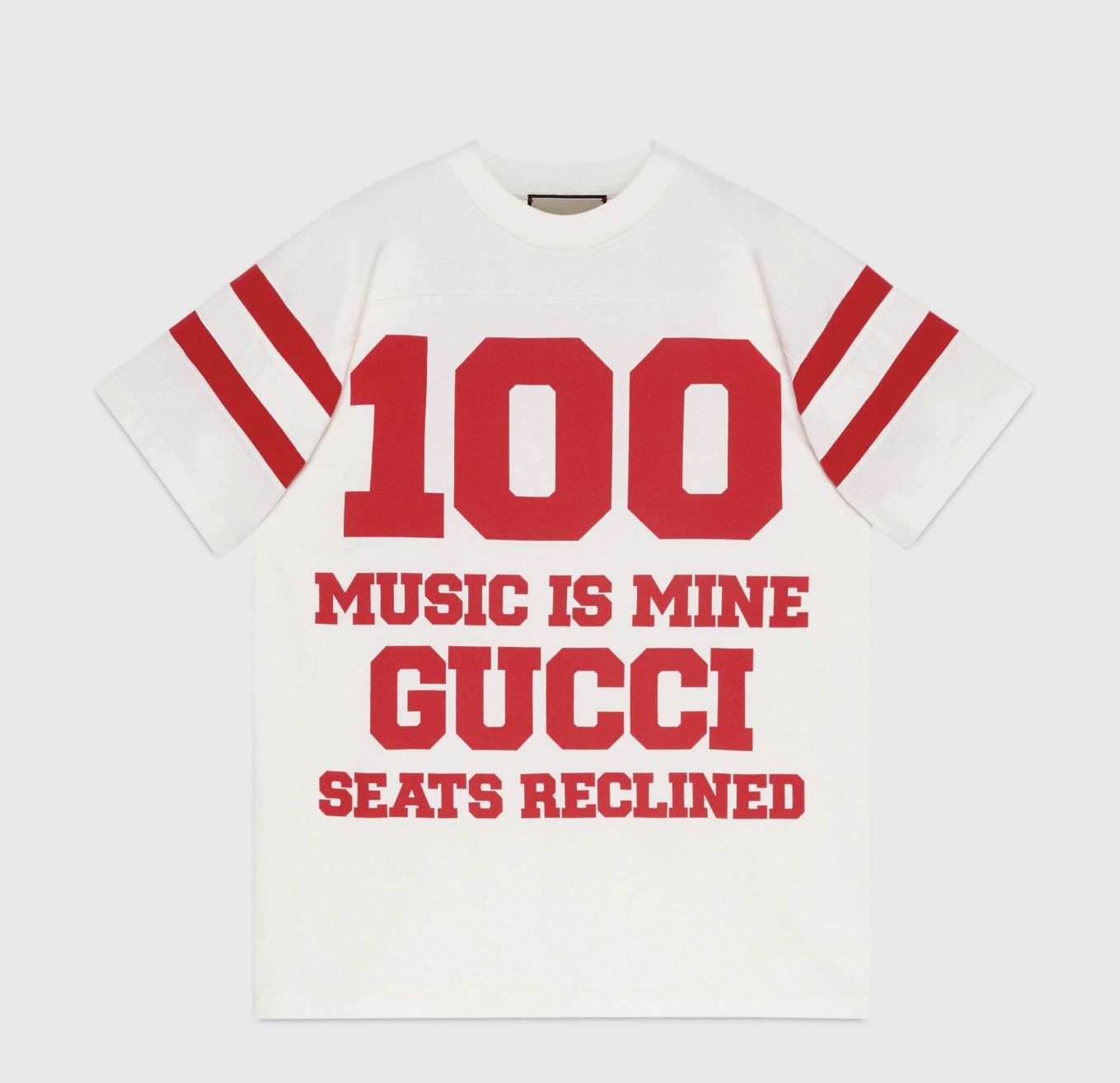