EVERY little girl's dream is to have her own dollhouse, but one couple went above and beyond as they created a life-size version for their daughter's bedroom.

DIY fan Nicole McShane and her partner decided to revamp their little girl's room by turning her bunk bed into a real-life dollhouse using nothing but budget Ikea furniture. 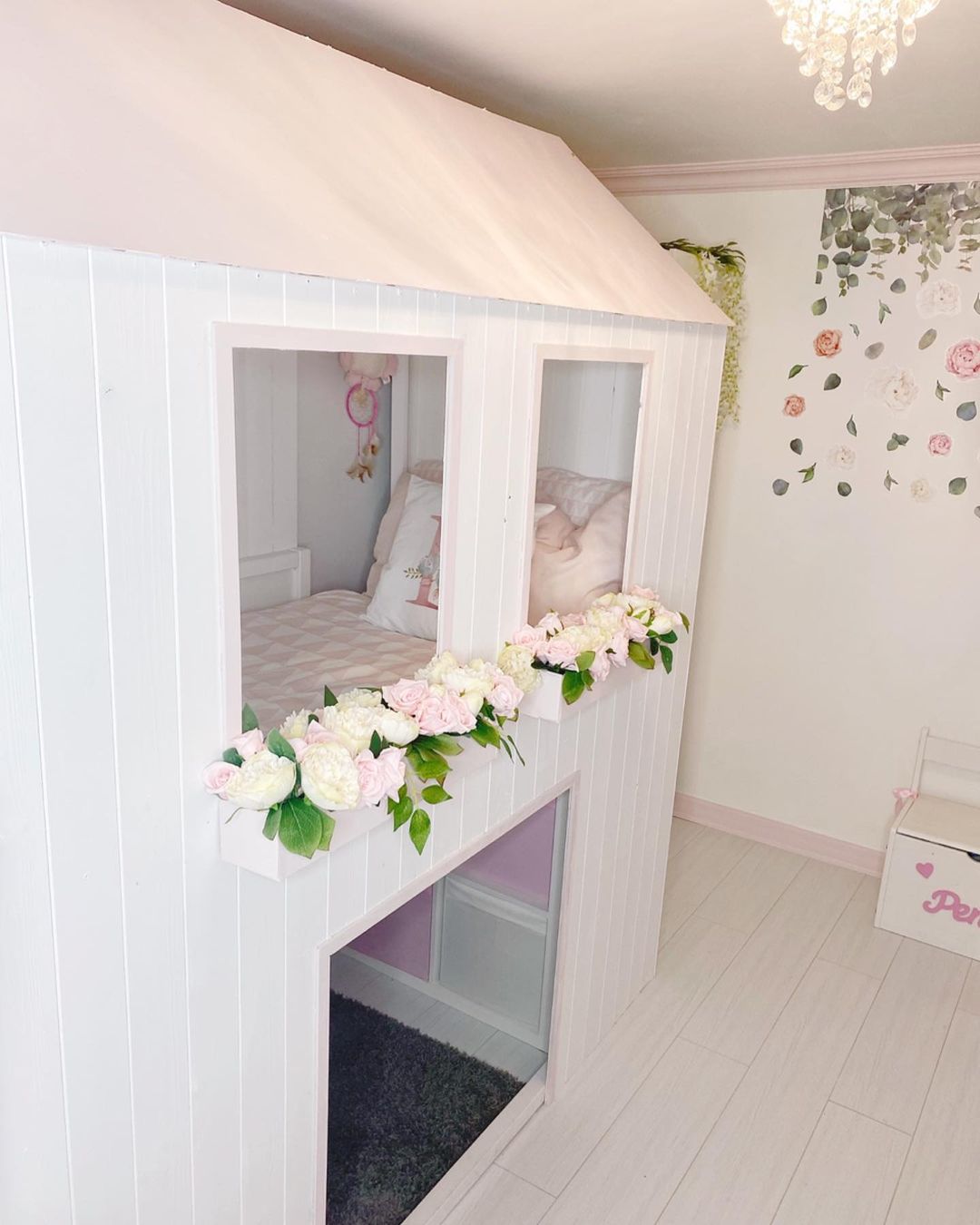 Nicole shared the renovation process – which she says cost in total around £200 – online in a Stacey Solomon inspired Facebook group along with stunning pictures of the finished bed.

From the outside, it's a beautiful pink and white themed Wendy house, with the top floor acting as a bed and underneath being a huge storage space for their daughter's toys.

It comes with a pink roof, windows, a door and even adorable flower boxes on the wall, with fake flowers picked up from Home Bargains.

The basis of their design was the Kura bed from Ikea (£129) and they used an Ikea Trofast storage unit (£49) to create stairs alongside the dollhouse leading up to the bed, as well as hidden storage. 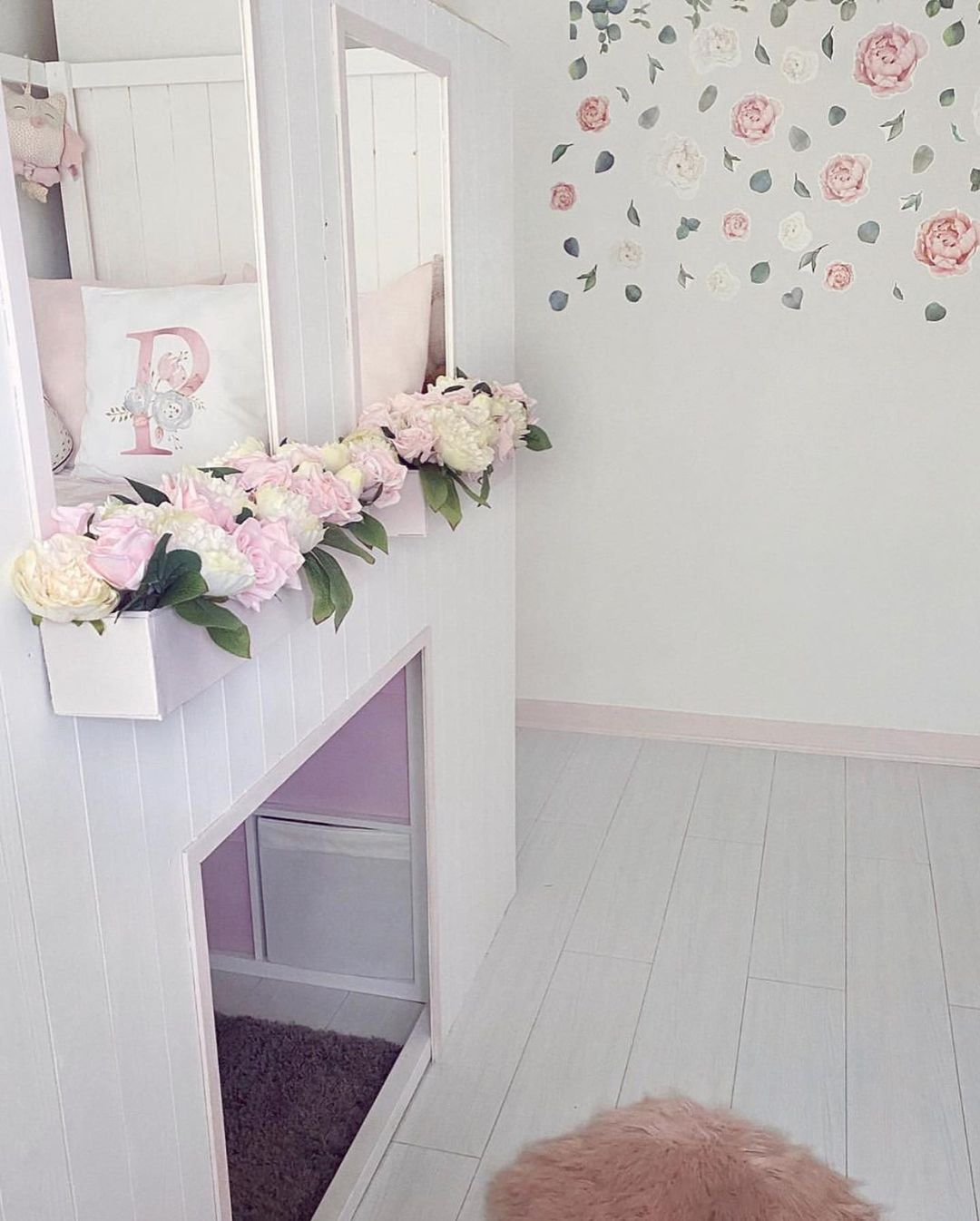 Nicole explained in her post that has been liked hundreds of times on social media: "When we decorated our daughters bedroom storage was absolutely key. Kallax units from IKEA are an absolute godsend and we already had an 8 square one.

"We decided to get the IKEA Kura bed to have storage underneath as extra and we could fit an extra 4 square kallax unit underneath. We also used the IKEA trofast unit as steps which also has storage drawers in.

"My hubby is brilliant at a bit of diy and after searching for ideas we put this house together. It’s so much easier to keep tidy as each box is designated to specific toys ie barbies, dolls, puzzles etc." 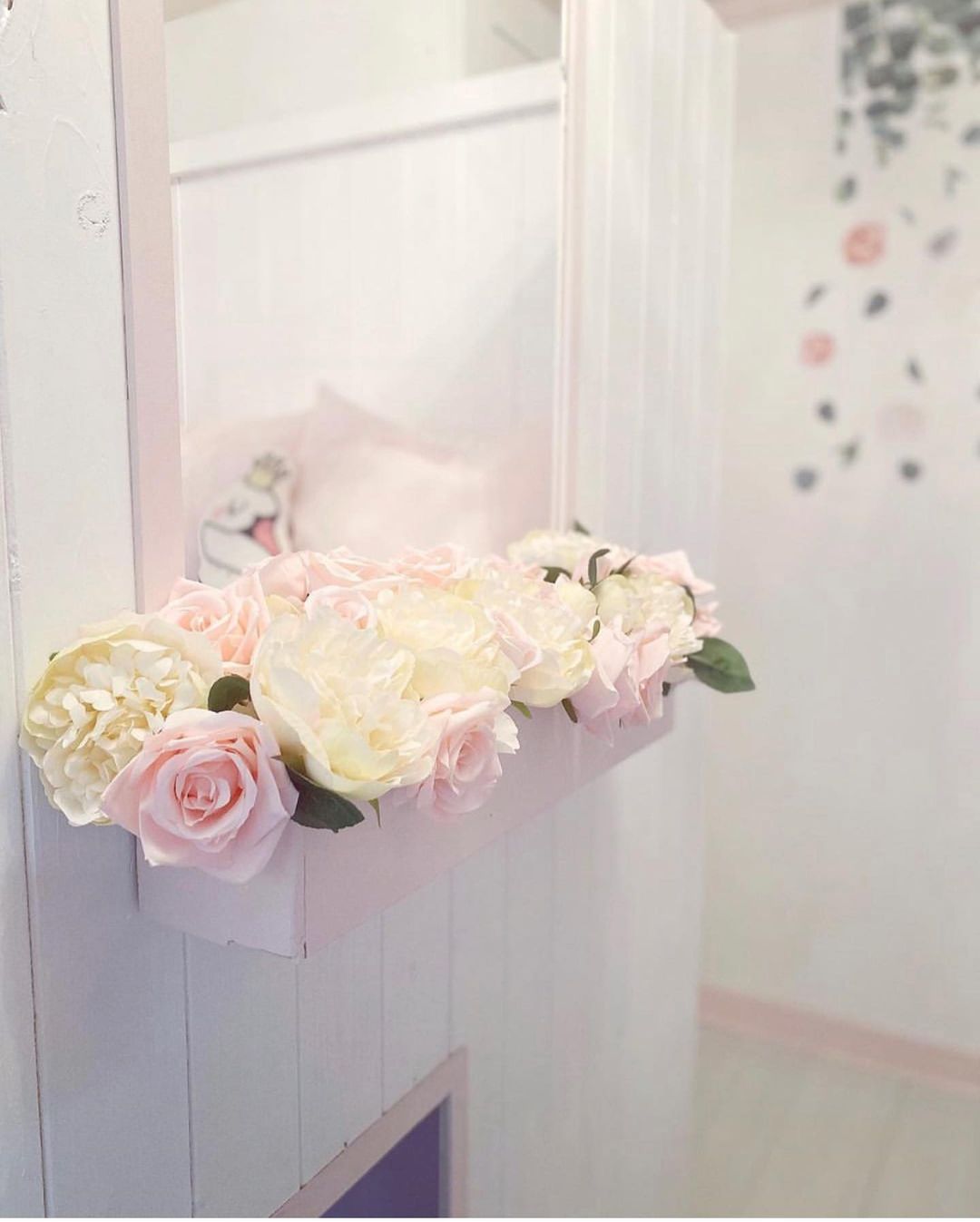 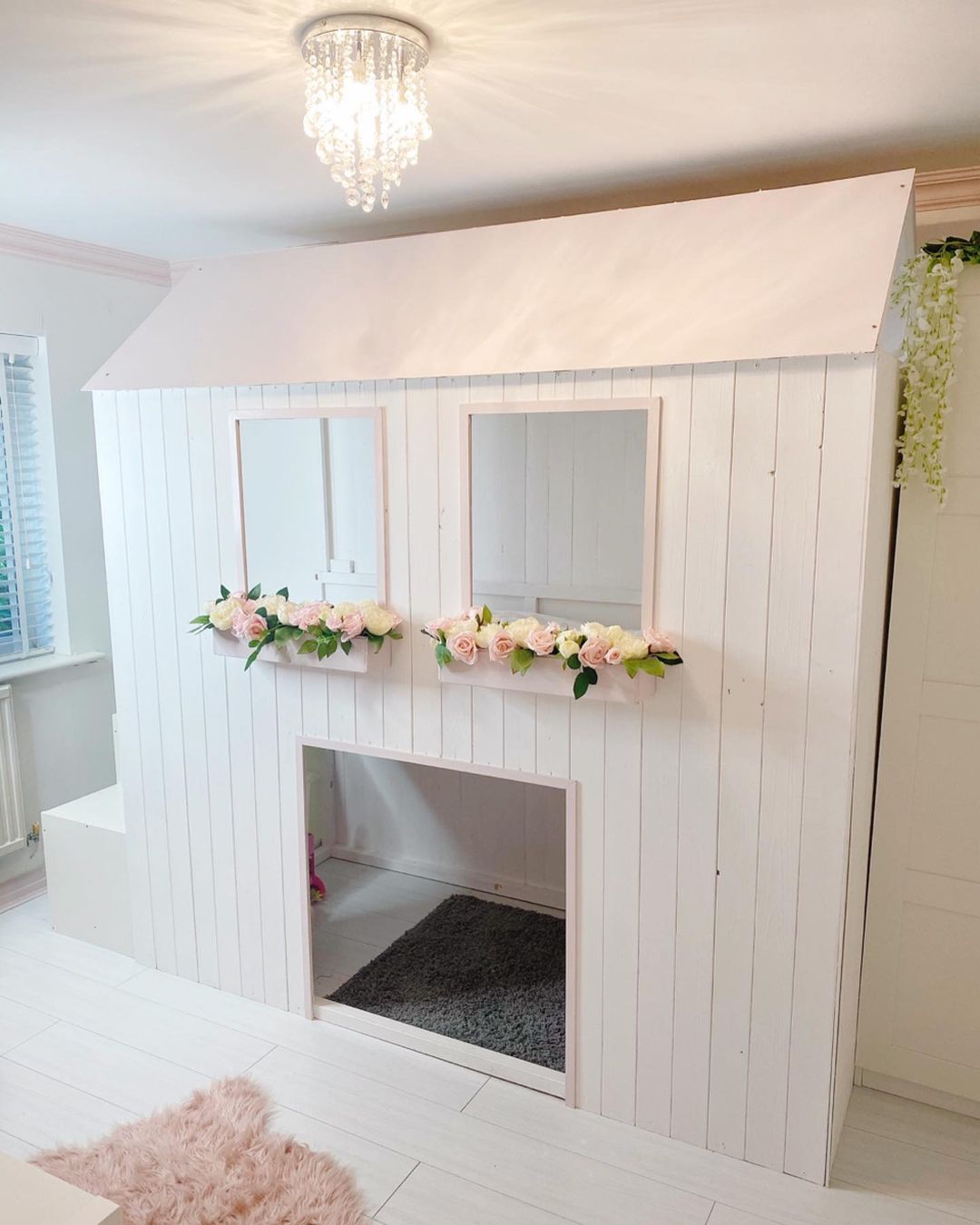 Nicole, who has documented her house renovation on Instagram, also shared a tutorial of how the dollhouse was made via her YouTube channel.

She revealed the dollhouse exterior was put together using tongue and groove panels from B&Q.

"It was so easy because all you did was slot it in and then screw every other one. It just went in perfectly, we were really happy with that," she said.

They cut out windows and a door, with Nicole explaining: "We used just an inch trim around the edges to cover – that was a little bit rough from the cuts, we painted that in the pink and these flower boxes are actually off cuts of the tongue and groove. Because they were so thin we couldn't screw them together, so we had to use No More Nails to glue them together and leave them to set." 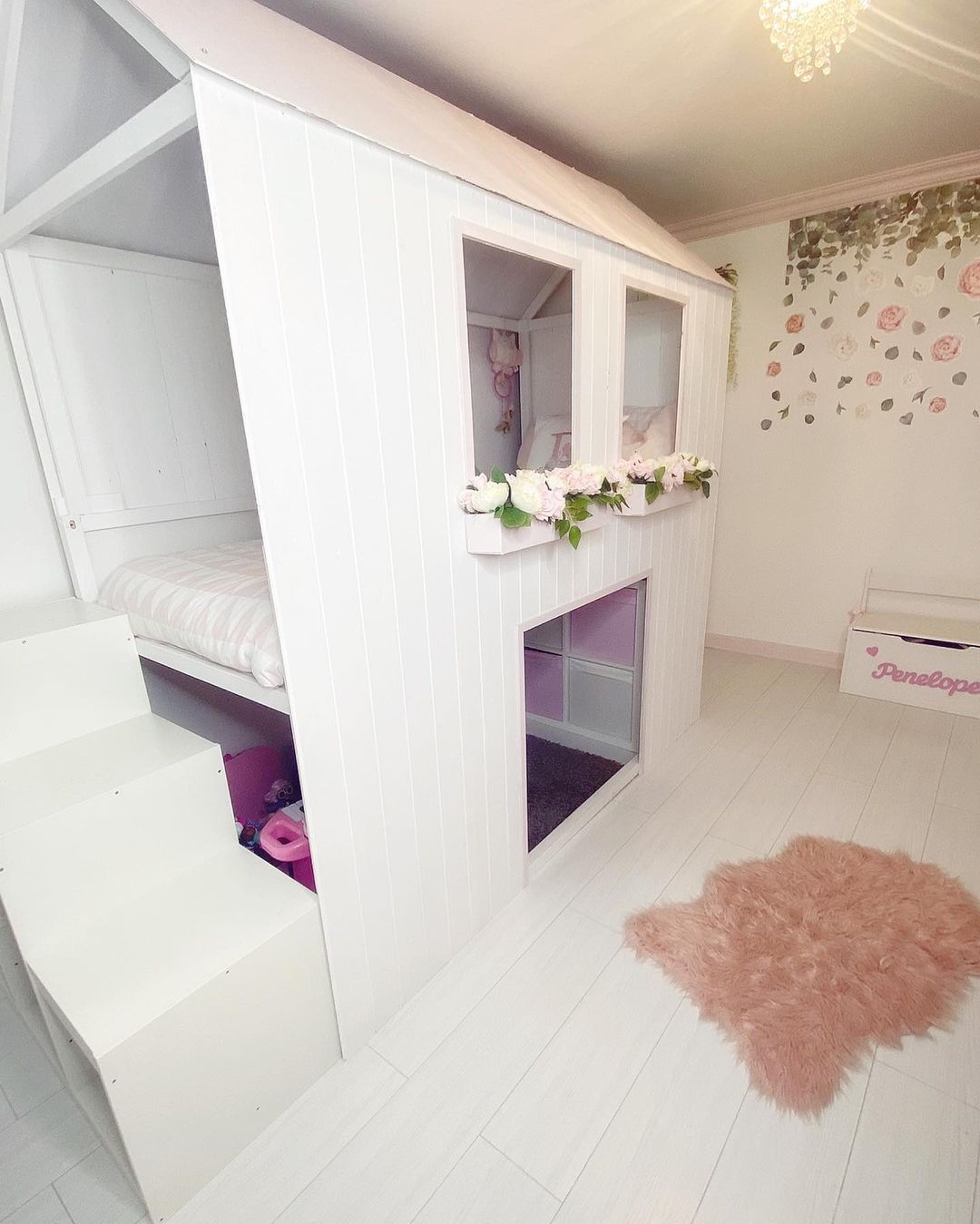 She continued: "The roof was MDF from B&Q, they cut it to size for us and I just painted it pink. We didn't spend anything extra in paint for this, we just used the paint we'd used on the walls. The bed was around £130 from Ikea, we had to buy a mattress separately and the wood was around £4 a pack. It cost us around £200 altogether to make the bed."

Fellow mums were left so impressed with the end result, with one person commenting: "Beautiful, so bright and fresh."

Another said: "It's a gorgeous room, well done," while a third wrote: "Wow, I bet your daughter loves this."

One person revealed they'd put together a similar project, adding: "We did this for our daughter and it’s best thing we ever did."

Others had questions about the build, with one person asking if the Ikea Trofast unit is sturdy enough to use as stairs. Nicole replied: "It’s fully solid myself and my husband climb up it."

Another mum asked: "That’s really lovely, but is it a pain to make the bed/change the sheets? I find making normal bunk beds a struggle so any tips would be appreciated."

"It’s more effort than her older bed but I just climb up," Nicole told her.

"I don’t really find it a problem and she makes her bed in the mornings daily so I don’t have to."

Meanwhile, one couple transformed their unused shed into a two-storey playhouse for their daughter and it's SO pretty.

Plus, one mum issues a laundry warning after a wasp got caught in her washing and stung her daughter.

And, shoppers are going mad for B&M's mini gazebo for kids and revealing a very different use for them.