Carrie and Boris Johnson are in the capital of Rwanda for the Commonwealth Heads of Government Meeting, as is Prince Charles and Camilla, Duchess of Cornwall. Carrie was seen this afternoon attending a Violence Against Women and Girls event at the Kigali Convention Centre.

Carrie was photographed sitting at a table next to Camilla, the Duchess of Cornwall, at the event.

She had changed into another outfit since this morning, when she arrived in Kigali with the Prime Minister.

This afternoon, the 34-year-old donned a sleeveless lime green blouse and a patterned skirt.

The skirt featured a geometric print in bright blue, green, and navy blue. 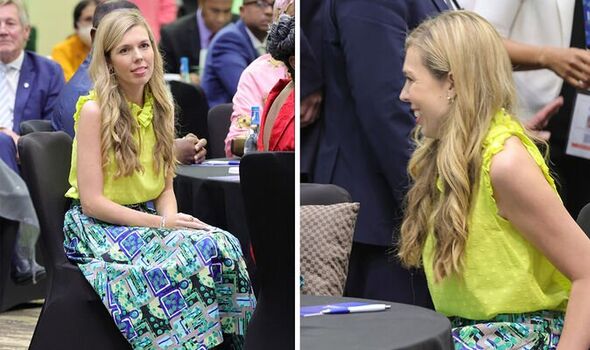 It was tight around the waist and billowed outward slightly, reaching Carrie’s shins.

Her blouse was adorned with a subtle spotty print and had ruffles around the neckline and the shoulders.

The Prime Minister’s wife completed the outfit with a pair of beige, suede heels.

Carrie’s jewellery stood out as her fingers were decorated with gold and silver rings, while her bracelets were colourful.

Both bracelets were beaded and one of them was personalised.

It spelt out the word “Romy”, which is the name of Carrie and Boris’ daughter.

Her full name is Romy Iris Charlotte – Iris after the Greek word for rainbow, and Charlotte after Boris’ late mother. 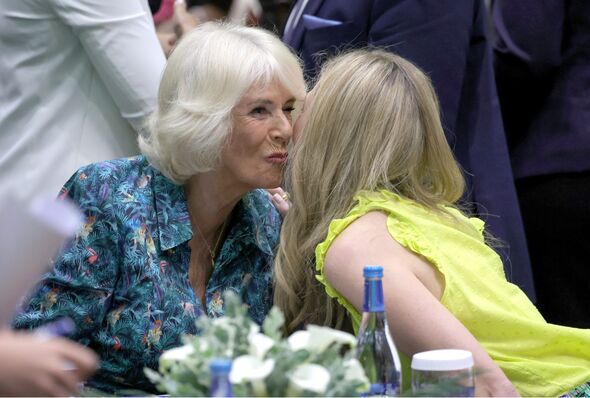 Carrie stepped off the plane in Kigali with her husband this morning wearing a completely different outfit to this afternoon’s choice.

She appeared donning a fuchsia pink suit and a tie-dye blouse in pink and red.

The pink suit was understood to be from Spanish brand Zara.

It was a loose-fitting blazer and pyjama-style trousers, currently still on sale on the company’s website. 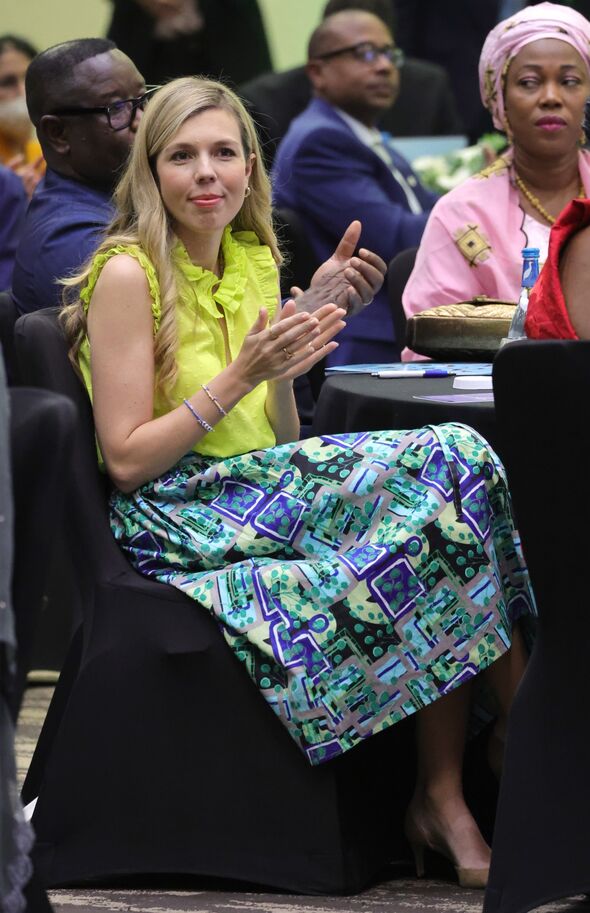 Carrie wore a chiffon, pink and red tie-dye blouse underneath her blazer, and completed the look with a pair of deep red slingback heels.

They featured a crocodile-embossed print and a silver buckle.