BRIDES usually command everyone’s attention on their big day, but one woman had to share the spotlight with a fetish party.

The unnamed brunette, believed to be from Washington, US, looked taken aback after discovering her wedding venue was also hosting an X-rated ball. 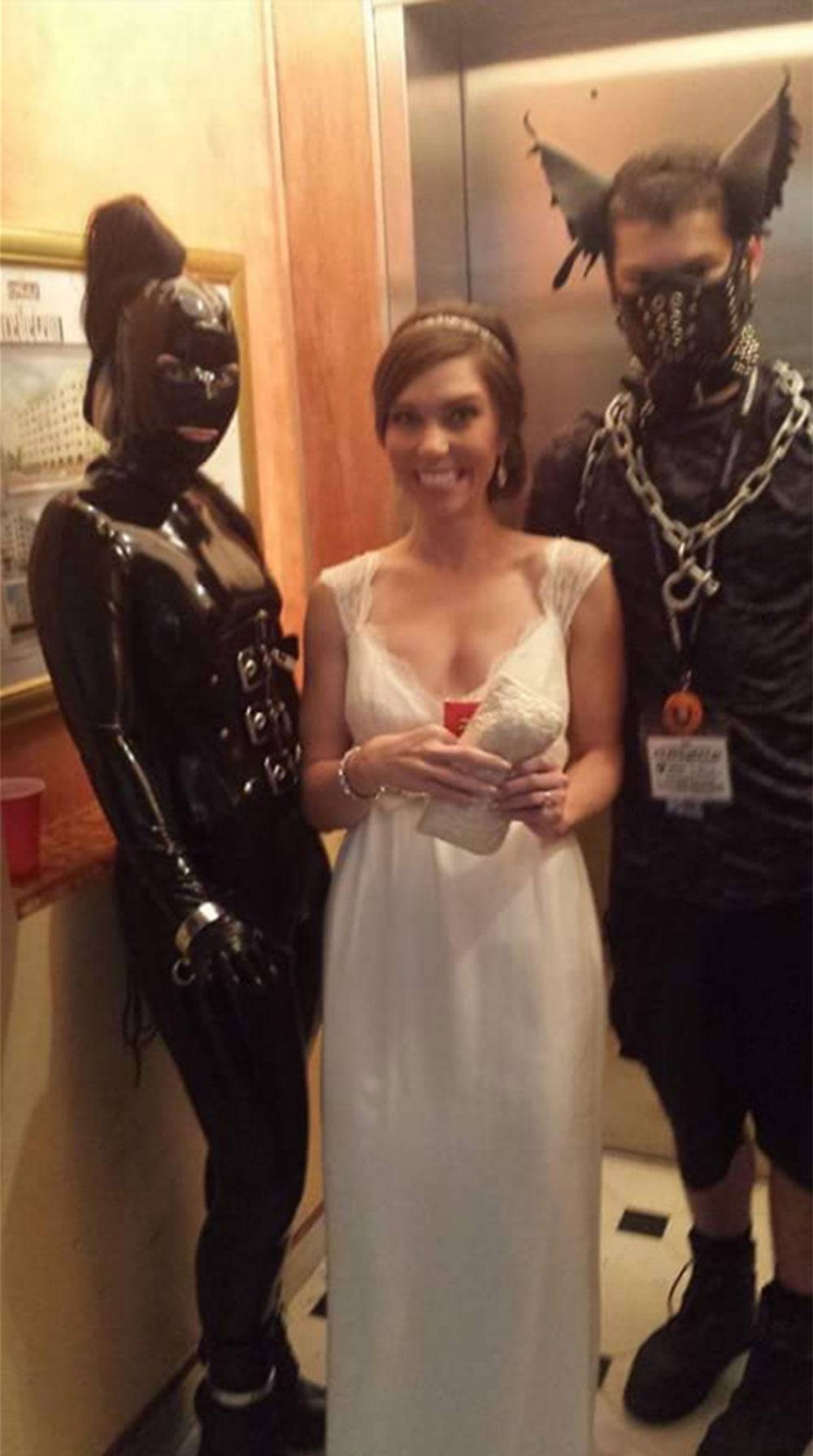 Seemingly putting on a brave face, the newlywed posed for a picture with two racy revellers, who were clad in head-to-toe latex outfits, gimp masks and handcuffs.

A guest uploaded a snap of the blushing bride with the saucy party-goers onto Imgur, and it has since racked up over seven million views.

Social media users rushed to comment on the hilarious picture.

One wrote: “Best bridesmaids outfits ever! So nice when you get something you can wear again and again.”

Another joked: “Wearing white to a fetish ball, that's bold”, while someone else added: “Currently planning a wedding with my fiancé and I think we just found our theme.”

“I hope the wedding planner saw that there was a fetish ball going on and immediately booked the hotel for that day,” commented another.

One user said that hotel staff are “used to this s*** by now”, adding: “Though, it is fun to watch the people who are clearly there on business look around confused every con.

“The service desk is a great place to people watch if you need off your feet or want to eat, because there are almost always tables nearby.”

While a fellow hotel worker commented: “Work at front desk. Have seen this before. At least they are wearing clothes of some sort.”