Imagine you are on the waiting list for a Patek Philippe Nautilus — a wait that might be eight or even 10 years long, but at least you’re in line.

Then you see an Instagram post from a Patek fan questioning whether the model is being discontinued.

It turns out to be true. And suddenly the watch that you had expected to buy new for around $33,700 is available only on the secondhand market, selling for as much as $180,000. You would likely be surprised, unhappy — even angry.

And those were the responses of much of the watch world last month when @patekaholic, as Jasem al-Zeraei is known to his 344,000 Instagram followers, teased them with a post suggesting that the Ref. 5711/1A-010, a stainless-steel timepiece with a black-blue dial, would be withdrawn from production this year.

“The reaction has been insane,” Mr. al-Zeraei said Saturday. “People are sad that they won’t get their allocation.”

Some posts castigated the company’s president, Thierry Stern. “There has been so much noise around this Nautilus. My God,” Mr. Stern said in a video interview Friday from his home in Geneva. So why is he discontinuing the Ref. 5711?

“We cannot put a single watch on top of our pyramid,” he said. After all, Patek has 140 models, including 26 other Nautilus variations.

But Mr. Stern offered some hope to disappointed buyers, saying the model “will have a victory lap. We will have a surprise final series of the Ref. 5711. And it is not what was left in the pipeline.”

“How many there will be, I cannot give this information,” he said. “It won’t be enough for everyone who is waiting for one, because that is not possible, but we will do our maximum.” 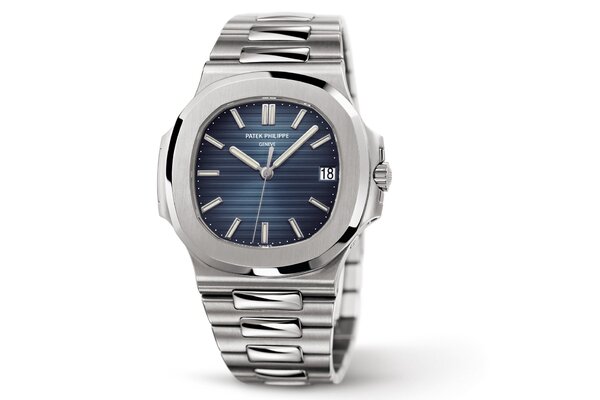 When the first Nautilus, the Ref. 3700, was added to the Patek catalog in 1976, it was one of the watch styles that helped revolutionize the perception of luxury by the brand’s use of steel. (Today, steel is used in only about 30 percent of Patek’s annual production of 60,000 watches.)

The Ref. 5711 appeared in 2006, and in recent years — through a combination of social media one-upsmanship and scarcity — it joined the Audemars Piguet Royal Oak Selfwinding with a blue dial and three nonvintage Rolexes (the Cosmograph Daytona, the “Pepsi” GMT Master II and the Submariner) at the center of a global obsession with trophy steel watches.

The stars of scores of Instagram channels, the watches ticked all the boxes for collectible timepieces: pedigree, wearability, enduring value and what watch fans call “wrist power.”

“Instagram killed the thrill of owning the Ref. 5711,” Kristian Haagen, a watch collector and author based in Copenhagen, said. “People stopped seeing the watch; they’d only see the money.”

There may be little logic in discontinuing a wildly popular product, especially during a pandemic that the Federation of the Swiss Watch Industry said had slashed growth in the sector by more than 20 percent. It would be like Hershey deciding to stop making Kisses, or Porsche abandoning the 911.

And the lack of ceremony around the decision to retire the Ref. 5711 just five years shy of the collection’s 50th anniversary has heightened the digital outcry. Mr. al-Zeraei posted on Jan. 3, but the company didn’t confirm until the middle of the month that the model was on the 2021 run-out list, what Patek calls the roster of discontinued watches it sends to retailers and distributors each year.

“This was likely not big news for Patek Philippe, but general frenzy on social media is augmented because people basically want what they can’t have,” said John Reardon, the founder of Collectability, an educational platform and online reseller of vintage Patek Philippes. He formerly was head of watches at Christie’s and worked at Patek for 10 years.

“Ending the Ref. 5711 was a brilliant move,” he said, “because there are too many speculators buying this watch. This is Patek Philippe, not Bitcoin.”

The company, which has made classically elegant, precious-metal watches with complications since 1839, was acquired by the Stern family in 1932. And the Sterns have a long view of watchmaking, reflected in the company’s advertising slogan: “You never actually own a Patek Philippe. You merely look after it for the next generation.”

Mr. Stern has said little about the Nautilus cancellation, but he talked last week with The New York Times. The interview has been edited and condensed.

A watch should not be a top leader on its own. That is too dangerous.

I always have two goals in mind. To protect Patek Philippe as an industry leader and to push for the finest product, so we constantly create new models, and we are innovative with our movements. The second thing is, I have to protect my client. For that, a Patek Philippe watch must keep its value.

What will become of all the people on the decade-long waiting lists?

We know, and our retailers know, that we will never be able to supply enough watches for all the people on the lists, because we don’t have them. It is as simple as that. That is why we never allow retailers to take a deposit.

Some retailers only get two Nautiluses a year, but they have 100 names on their waiting list. It is their own responsibility to explain it to the customer, but it’s not easy when you have someone who insists on getting on the list. You cannot only blame Patek Philippe for not delivering enough watches.

When did you decide to stop the Nautilus?

In 2019, at Baselworld, I said that I thought there were too many Nautiluses out there. Closing out the Ref. 5711 was on my mind then. And when I took the decision in 2019, we knew already what would come next.

Why did everyone learn about it from the run-out list?

We don’t retire our watches by public announcement. The Nautilus does not deserve a better treatment than another reference.

So what will happen now that the Nautilus is discontinued?

Stopping the Nautilus was an important decision, but we have a plan. The replacement to the Ref. 5711 will be quite major. It will be better than the Ref. 5711.

But I will not say today in what metal or if it will be in steel. It will be something else, very close, and logical.

It is like Christmas. You don’t want to know your gift before it’s Christmas, do you?

Which stores will be the first to receive that replacement?

It will be our own salons located in Geneva, Paris and London. It is not the perfect solution, and it will be a nightmare for them. That is my suggestion right now, but we will listen to our store managers.

Do you think that people will be disappointed, and some may not forgive you for ending the Nautilus?

Yes, people will be disappointed. I know I did not make a lot of friends in the past few weeks. All I can say is, I am sorry. But I hope in five or 10 years they will understand and forgive me.

We are doing this for our clients who already own a Patek Philippe and to protect our brand from becoming too commercial. I can continue to make this fantastic product, or sell 10 times more of them. But I am not working for numbers. I am protecting the company for the future, for my children.

This is an opportunity to teach a lesson to my kids, who are the first ones to say, “Dad, are you crazy?” They have to learn, just as my father taught me: When you have a fantastic brand like Patek, you have to protect the brand and not just one product.