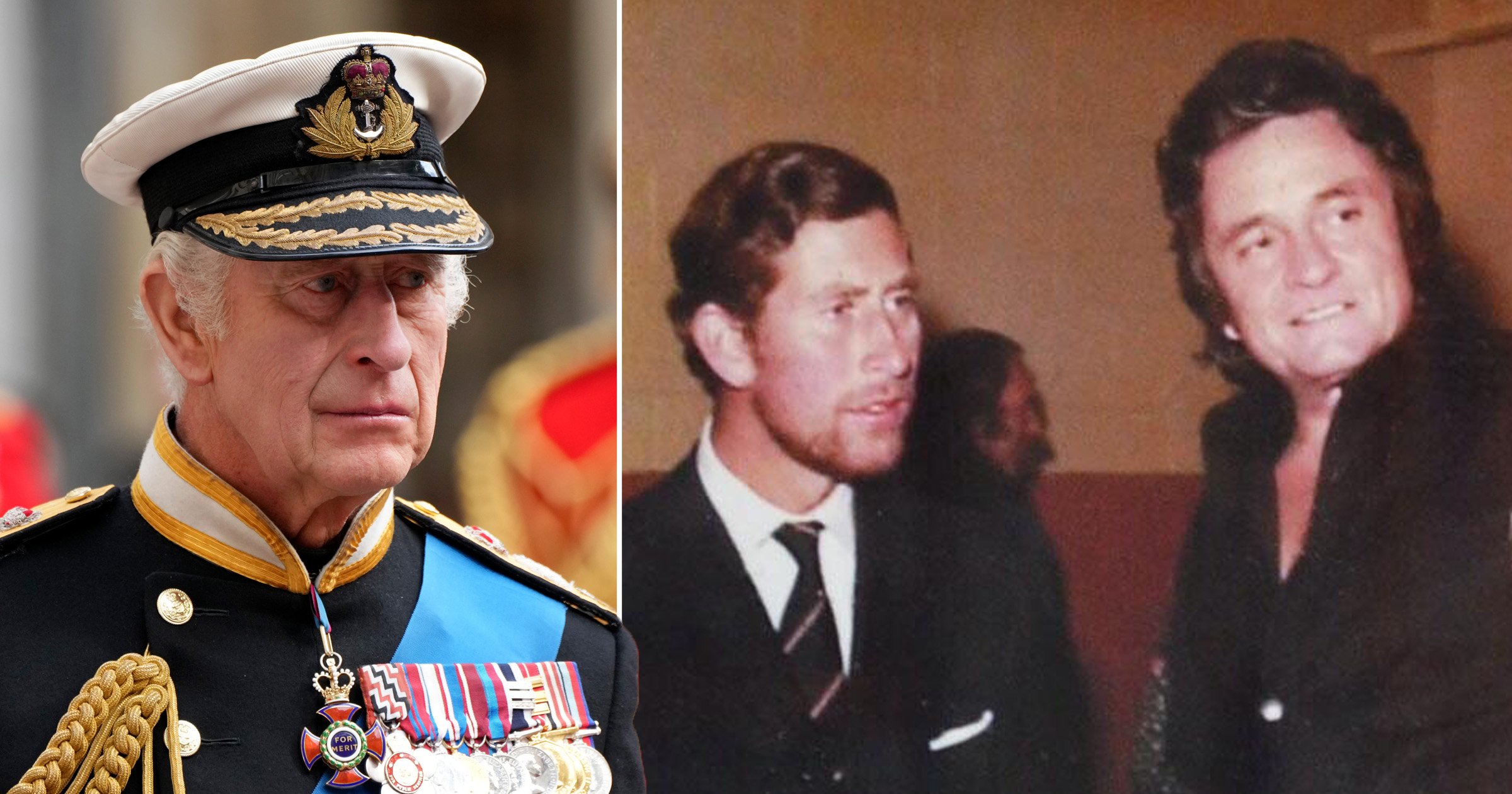 The daughter of the late Johnny Cash has shared a photograph of her father meeting King Charles III in their younger days.

Country music icon Cash died in 2003 at the age of 71, having built a legendary career over 50 years, and is still revered for his talents today.

Charles, meanwhile, recently became King after the death of his mother, Queen Elizabeth II, who was laid to rest with a massive State funeral on Monday.

Now age 73, a photograph of the new patriarch has emerged from years long past, as he poses for a snap with music royalty Cash.

The musician’s eldest daughter, Rosanne, shared the historic photo to Twitter on Monday night, after the late Queen was laid to rest in Windsor.

She wrote: ‘I’ve been debating all day whether or not to post this photo, but it’s just too good to keep under wraps. I expect a lot of captions, but none I haven’t thought of already. But go right ahead.’

However he is said to not be particularly fond of the iconic building, reportedly having complained it is ‘‘too large, too impersonal and too draughty’ to be his base.

And in his 2011 book, The Diamond Queen, respected broadcaster Andrew Marr claimed the new King may use Buckingham Palace as more of a function centre and museum for tourists as opposed to his actual living quarters.

Queen Elizabeth II, meanwhile, had spent the majority of her reign at Buckingham Palace but relocated entirely to Windsor Castle following the 2020 Covid-19 pandemic and lockdowns.

There remains plenty to be seen about changes to the royal family ow Charles is in charge – from the quickly-changed national anthem to the new King’s head on British currency, not to mention the role of Prince Andrew.

The grandfather-of-five was seen becoming emotional at his mother’s funeral on Monday, having placed a note on her coffin ahead of the ceremony.

Nestled between a wreath of flowers and plants cut from the royal gardens, the note on Buckingham Palace paper, read: ‘In loving and devoted memory, Charles R.’

The ‘R’ signifies ‘Rex’, the Latin title for King, which Charles immediately inherited when his mother died.