Season 13 of “Real Housewives of New York” has only aired nine episodes, but the drama has been hot and heavy since the very first. Leah McSweeney, who is in her second season, butted heads with every housewife on the annual cast trip to the Hamptons, particularly with old cast member Heather Thomson, who joined the ladies for a few episodes (until Leah refused to film with her). New cast member Eboni K. Williams has also butted heads with some of the ladies, primarily Ramona Singer, largely because of her unwillingness to talk about politics or race.

While good drama is what makes viewers tune in week after week, fans can also tell when cast members just aren’t vibing. Take “Real Housewives of Orange County” for example; many fans called for a refresh after Season 15 fell flat. They since switched up the cast for Season 16 of the show, getting rid of Kelly Dodd, Braunwyn Windham-Burke, and Elizabeth Lyn Vargas, much to the dismay of the wives.

Rumors surrounding “RHONY” are top of mind for Bravo fans after a source spilled casting tea to Radar. “Ramona will not be invited back to the next season of the show, which is currently not in production for a couple of reasons. One, she is too expensive. She is the only lady that has been on the show from day one … and her salary reflects it,” the insider claimed. So is it true? Here’s what we know. 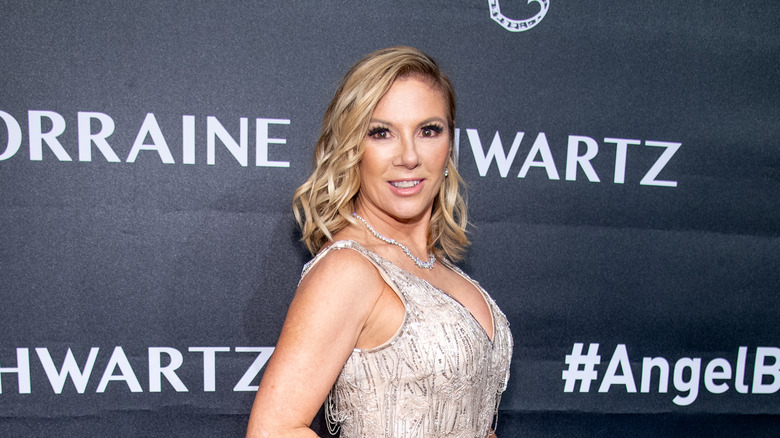 Just one day after the rumor that Ramona Singer was being axed from “Real Housewives of New York” took the internet by storm, a network insider told the Daily Mail that this casting rumor is a flat-out lie. “One Housewife in particular has it out for Ramona and she wants her off the show,” the source claimed. “This Housewife is leaking to news organizations that Ramona is fired in an attempt to push the network to get rid of her.”

The insider revealed that Ramona won’t be the one axed next season, revealing that there is another housewife that is on thin ice. “Ramona also isn’t the cast member that should be worried,” the source divulged. “There is one cast member who producers have found particularly problematic as what viewers are seeing on television isn’t real.” The source went on to defend Ramona’s presence on the show. “Ramona has been the backbone of the show this season and she’s been a key part of the series since day one,” they continued. “Love her or hate her, she makes great reality television.”

The insider did, however, promise that cast changes are coming for the upcoming season. “Just like OC you can expect a cast shake up though. This show can be saved,” the insider added. “Look at how great Beverly Hills is now.”