Home » Celebrities » What Is Trooping the Colour? The Special Event Pays Tribute to Queen Elizabeth II

The British monarchy is steeped in tradition, and there’s one annual event which honors the queen in a very special way: Trooping the Colour (also called Trooping of the Colour). The grand celebration includes a procession featuring the royal family, a parade with soldiers and musicians, and a Royal Air Force flypast above Buckingham Palace.

The occasion is a centuries-long royal tradition that honors the sovereign’s birthday, even though Queen Elizabeth II celebrated her actual birthday on April 21. (Two parties are better than one, right?) This year, the epic event takes place on Saturday, June 8.

Read up on everything you need to know about the regal festivities below, and follow along with the ceremony in the livestream below.

What is Trooping the Colour?

Trooping the Colour is an annual military celebration that pays tribute to the monarch, and is also known as the queen’s second birthday. It involves Her Majesty’s personal troops, known as the Household Division, marching for the queen, and putting on an intricately choreographed display and procession through London. The event takes place at Horse Guards Parade in central London, and is usually attended by most of the royal family.

As the royal family’s official website reveals, “Over 1,400 parading soldiers, 200 horses and 400 musicians come together each June in a great display of military precision, horsemanship and fanfare to mark The Queen’s official birthday.” The important and impressive celebration is a chance to officially honor Queen Elizabeth II. 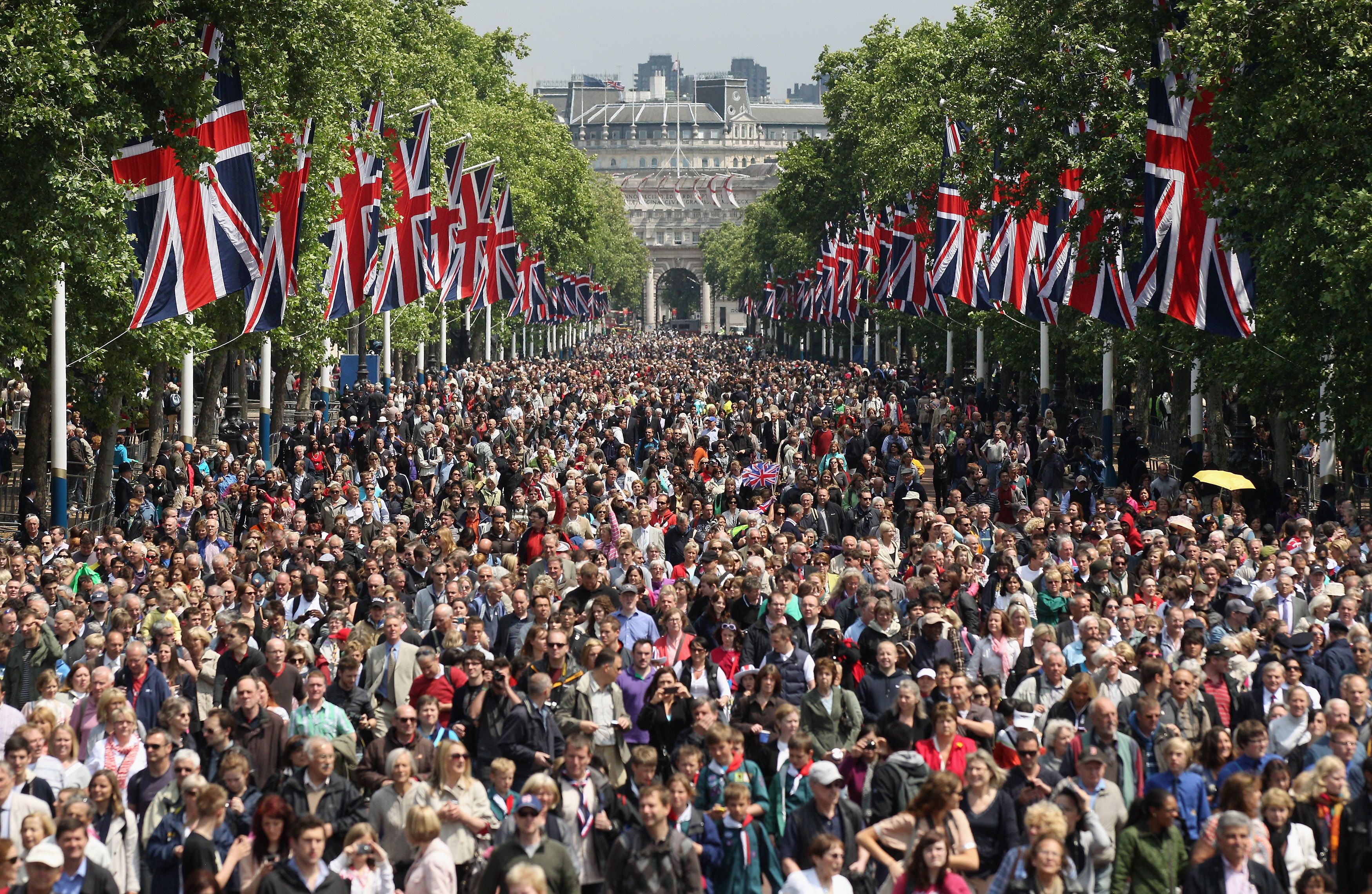 Why does the Trooping of the Colour take place?

As The Week reports, “The tradition of British kings and queens having two birthdays dates back more than 250 years, to the reign of King George II in 1748.” Basically, because King George II was born in November, he never had good weather on his birthday. As the monarch, he was able to change this by giving himself a second birthday celebration during the summer months. (A total power move.)

Since then, an annual military parade has always taken place on the “second Saturday of June,” TIME reports. The summer date is known as “the British monarch’s official birthday,” with the king or queen also celebrating their actual birth date.

Queen Elizabeth used to attend Trooping the Colour on horseback herself, but now she watches the event instead. 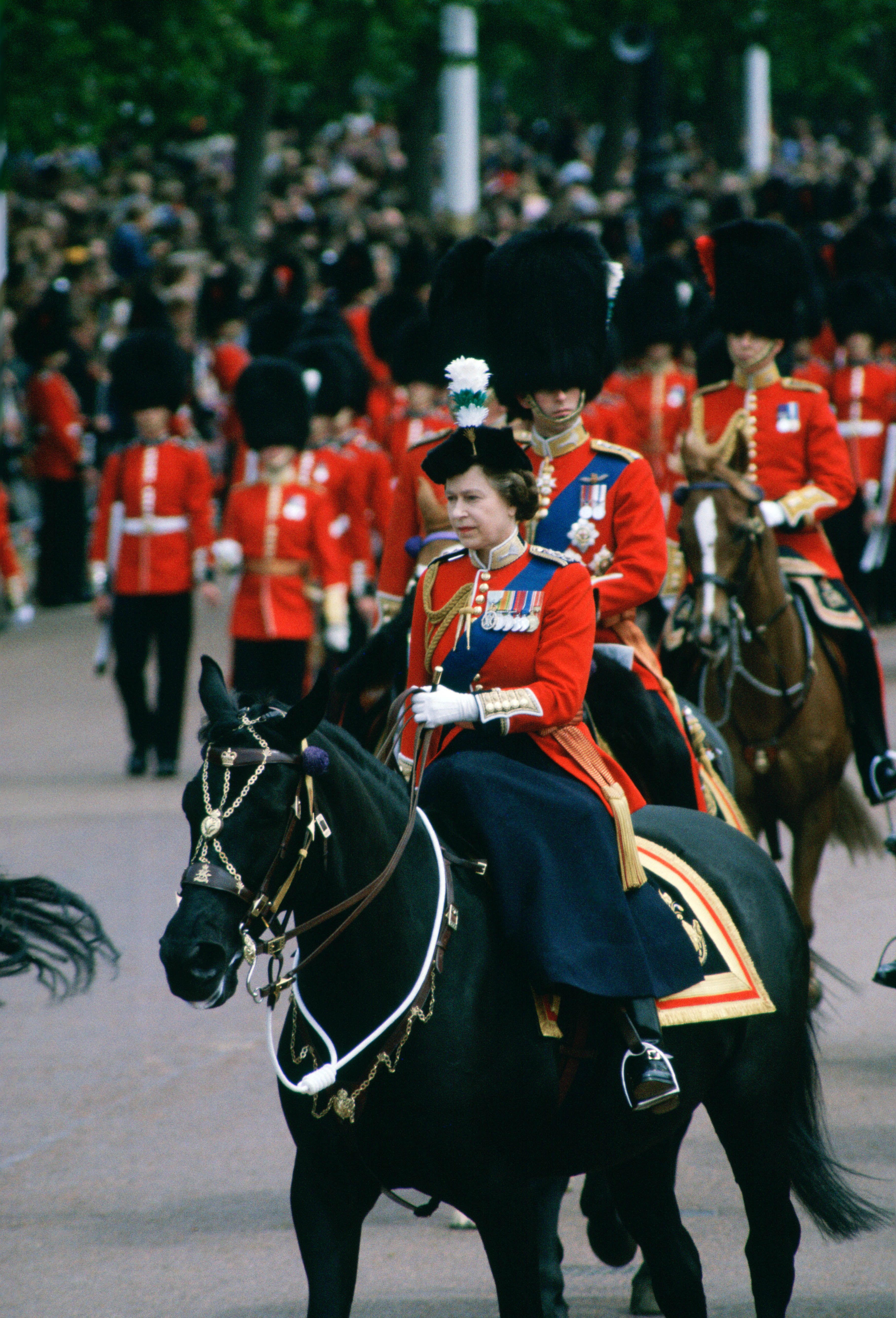 Who will attend the parade?

In previous years, most immediate members of the queen’s family have attended the Trooping of the Colour. Towards the end of the parade, members of the royal family will gather on the the balcony at Buckingham Palace to watch the Royal Air Force’s Red Arrows fly-past, in tribute to Her Majesty. This is often considered the highlight of the event, especially as fans of the royal family will get to see everyone gathered together: 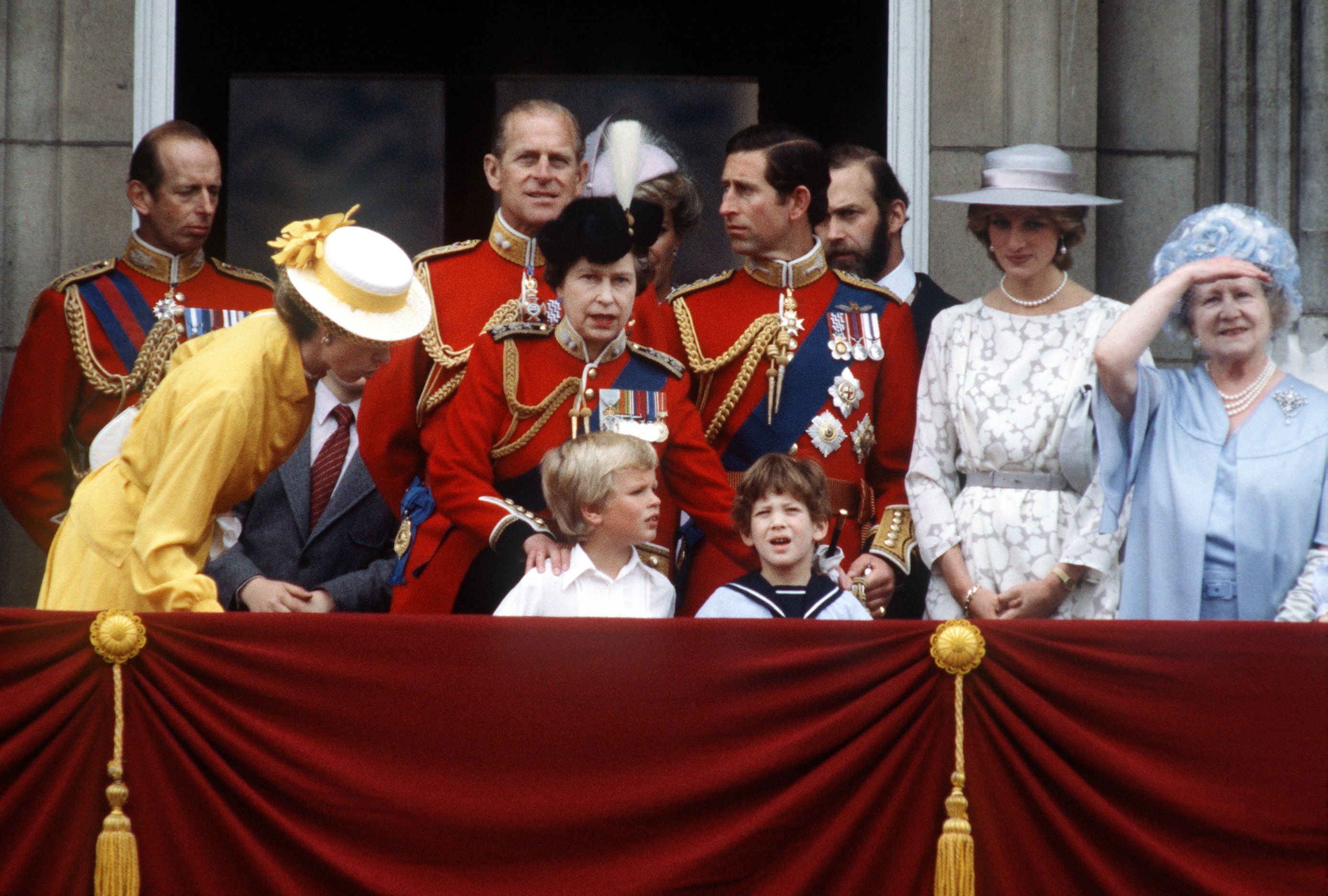 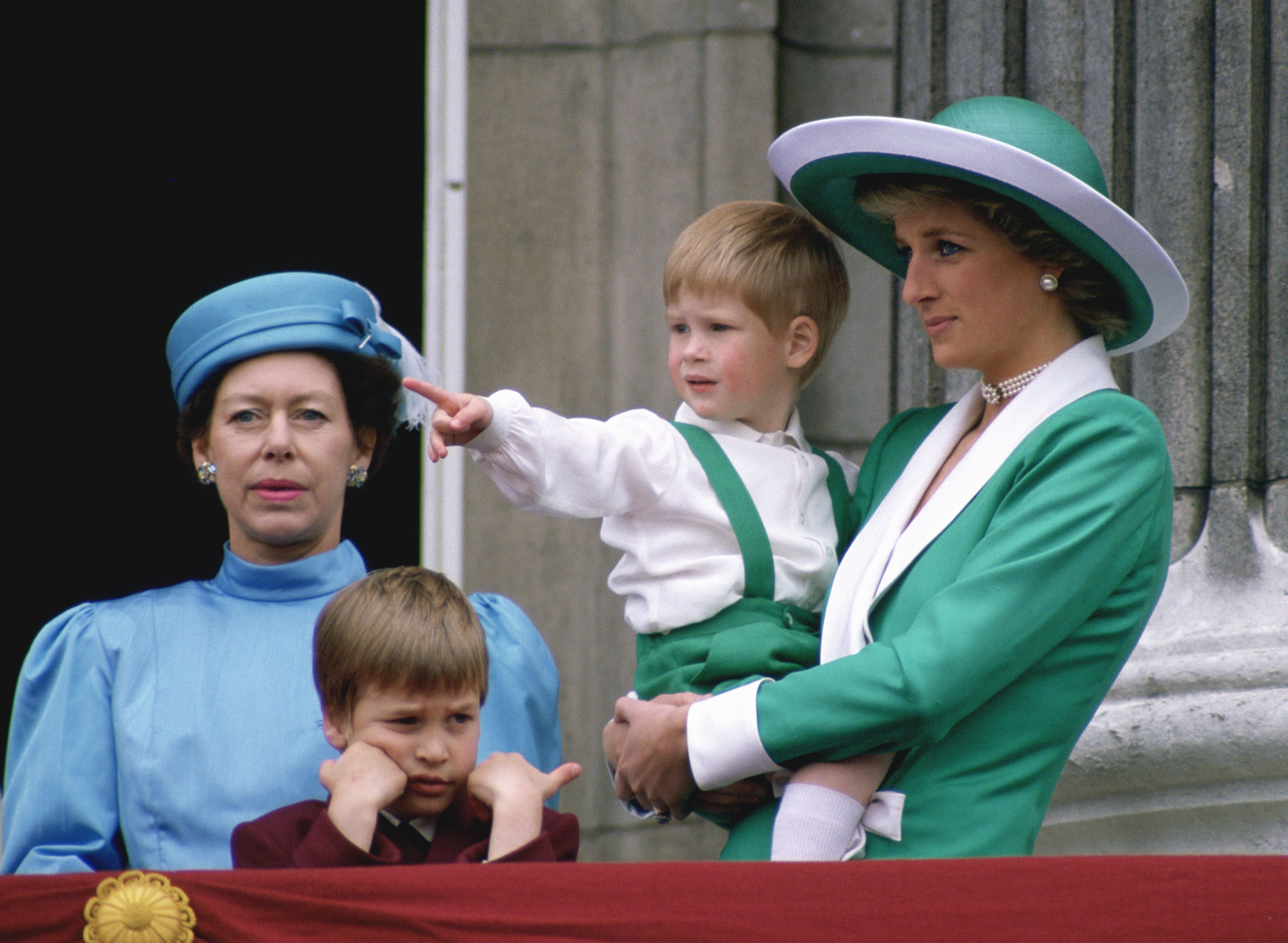 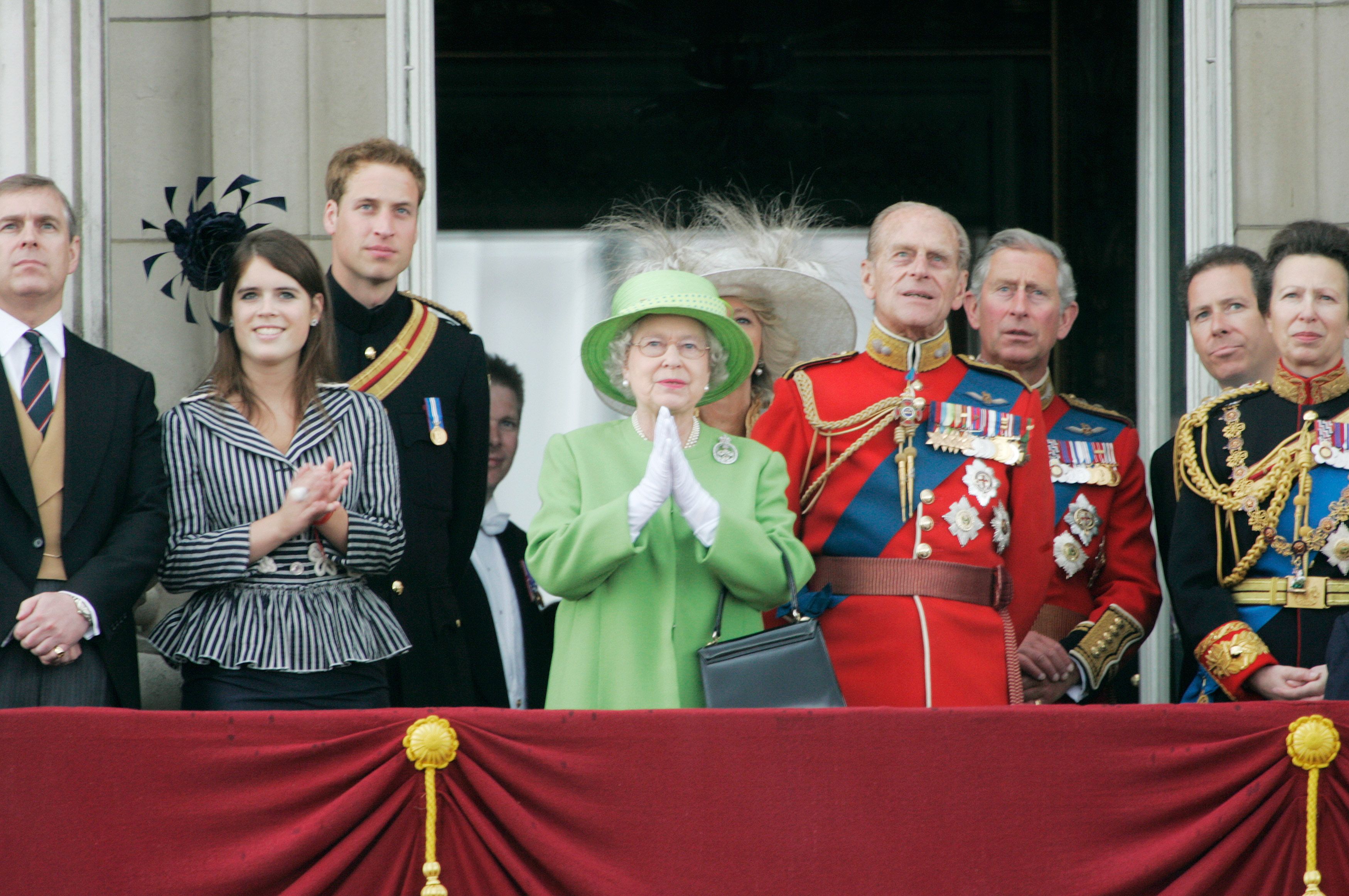 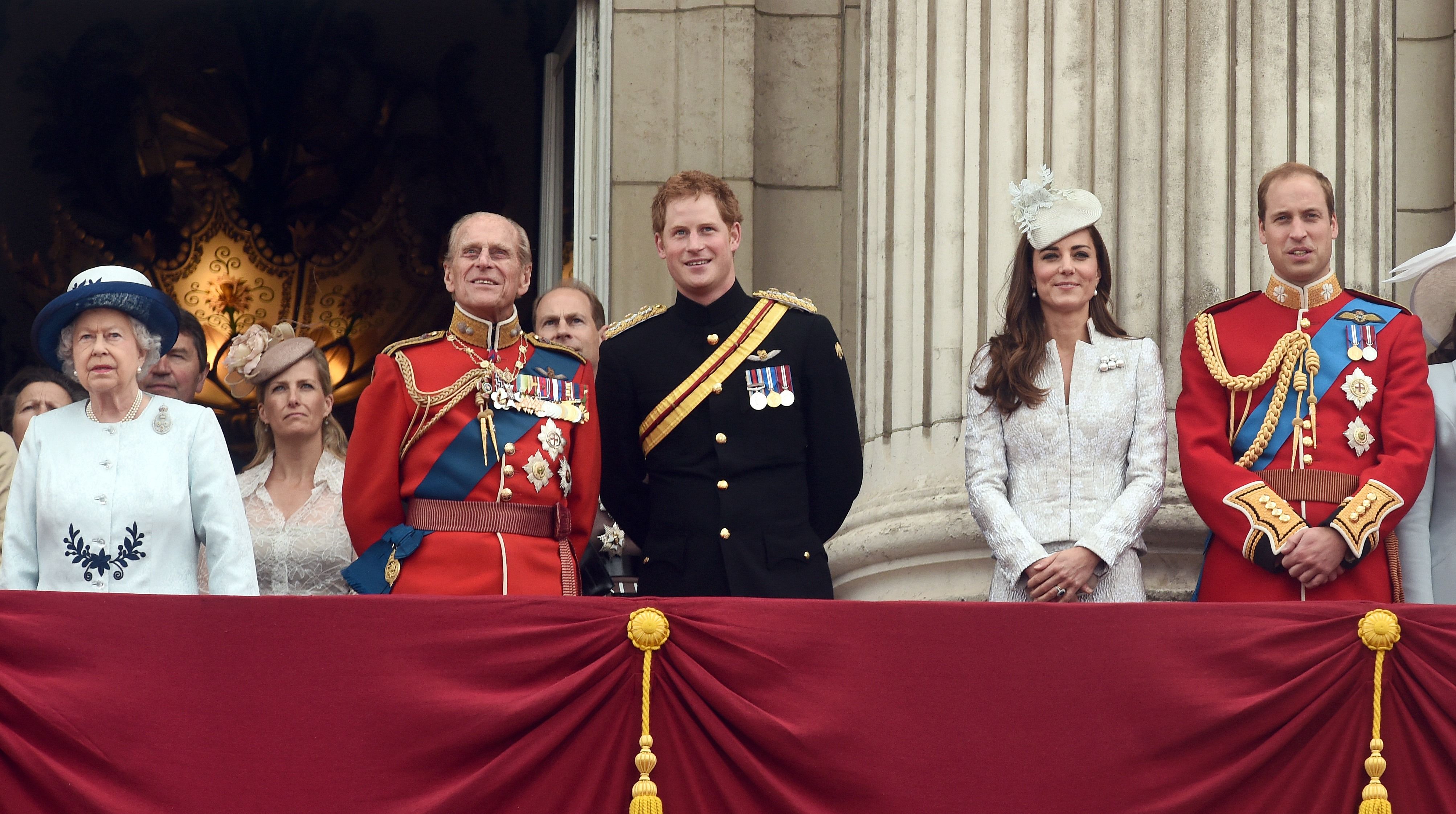 Meghan Markle made her Trooping the Colour debut in 2018, less than a month after marrying into the royal family. Although she’s currently on maternity leave, she’s expected to return this year, along with Prince Harry, Kate Middleton, Prince William, and their children, Prince George and Princess Charlotte, and Prince Louis. This will mark Louis’s first time attending, but Harry and Meghan’s son, Archie, will likely miss the celebration.

Members of the general public can also attend, either by securing hard-to-get tickets, or by lining the streets of London “as the parade moves from Buckingham Palace and down The Mall to Horse Guard’s Parade, alongside Members of the Royal Family on horseback and in carriages,” according to the royal family’s official website.