While quoting his favorite movie, Travis Barker left fans speculating that he and Kourtney Kardashian might have a baby after the two lovebirds tie the knot!

Travis Barker and Kourtney Kardashian went all-out for Halloween. The couple dressed up in not one, not two, but (at least) three different costumes, and it was their True Romance-inspired getup that had fans buzzing over the possibility of another Kardashian baby. Kourtney, 42, shared a photo on Sunday (Oct. 31) of her and Travis, 45, dressed up like Patricia Arquette and Christian Slater’s characters from the 1993 film. Kourt quoted Patrica’s closing monologue – “three words went through my mind endlessly, repeating themselves like a broken record: you’re so cool” – which prompted Travis to comment, “Our son’s name would be Elvis.”

Before fans start counting down the day until Elvis Kardashian (or Elvis Barker?) to appear on the family’s upcoming Hulu show, Travis was referencing how the ghost of Elvis Presley visits Christian Slater’s character in the movie, per E! News. This didn’t stop fans from filling the comments section with love and admiration. “OMG YOU GUYS.” “OMG THIS IS GOLD.” “LOVE.” 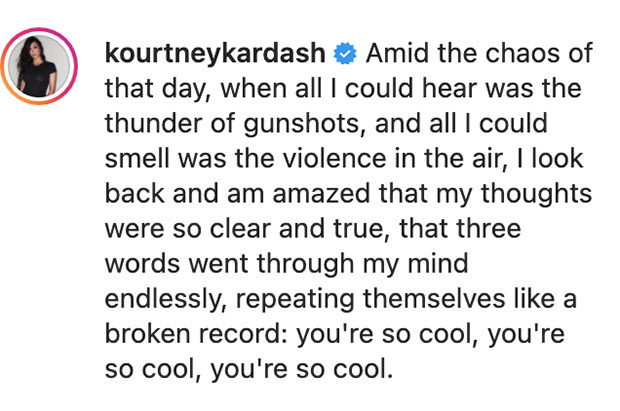 Some fans noted that it was awkward for Travis and Kourtney to dress up as the True Romance characters since it had a significant presence in Travis’s previous marriage to Shanna Moakler. Shanna, 46, seemingly shaded the Kravis costume. Shortly after Kourt posted the photo to her Instagram account, Shanna shared a photo to her IG Story of her parents, John and Gail, cuddled up together. “TRUE ROMANCE,” the captioned the photo, while including the song “You’re So Cool” as the Story’s soundtrack.

KarJenner Kids Through The Years — Pics 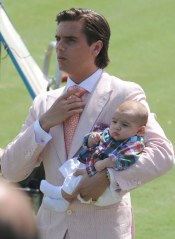 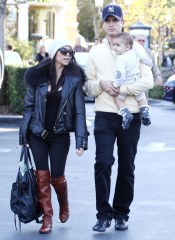 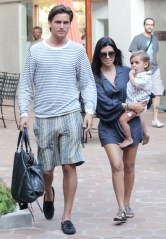 “What was weird is that they were posting about a movie [True Romance] that Travis and I basically bonded over,” Shanna told Us Weekly in May 2021, after Kourt shared that she and the blink-182 drummer were watching the film. “I called him Clarence in the movie. We named our daughter after the character Alabama in the movie. I walked down the aisle to ‘You’re So Cool’ from True Romance. Our first dance at our wedding was to the love song from True Romance.” 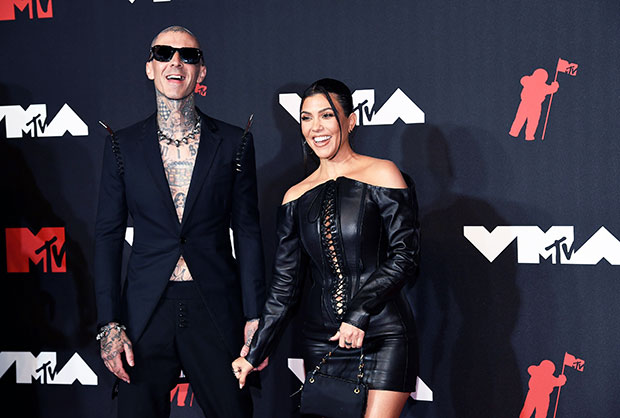 Kourtney and Travis’ True Romance outfits were just one of three couples costumes they broke out during the spooky season. The two dressed up as Sid Vicious and Nancy Spungen on Oct. 22 while visiting Travis’ House of Horrors show with NoCap. Kravis finished their Halloween by dressing up as Edward Scissorhands and Kim (aka Johnny Depp and Winona Ryder’s characters from the 1990 film.)