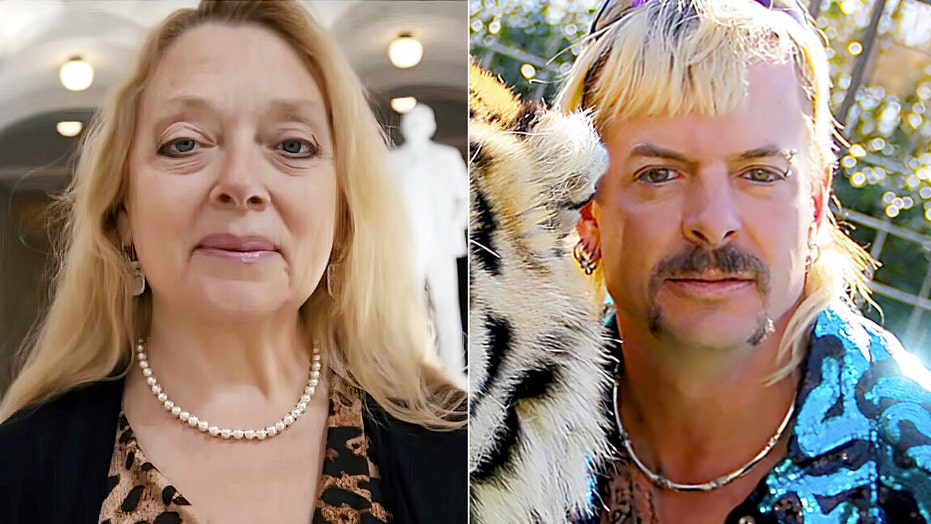 Fox News Flash top entertainment and celebrity headlines are here. Check out what clicked this week in entertainment.

“Tiger King” star Joe Exotic is yearning for the public’s help in assisting him with paying off his Netflix nemesis Carole Baskin.

Exotic, whose real name is Joseph Maldonado-Passage, is currently serving a 22-year prison sentence but is expected to be resentenced at a hearing later this month.

Ahead of his day in court, the eccentric former zookeeper announced via his attorney that he has set up a Go Fund Me to “pay that b—- Carole Baskin back.”

“At trial, they falsely claimed that this all started because I owed Carole Baskin money. It started because she became obsessed with me. She haunted me, emailed businesses who worked with me. She is not a philanthropist. I agreed to the judgment after bad advice from lawyers. She hired lawyers to stop a bankruptcy. She then used the debt to make me and the animals suffer. I couldn’t afford lawyers when they set me up,” Exotic claims in a new statement shared with Fox News through his attorney John Phillips. 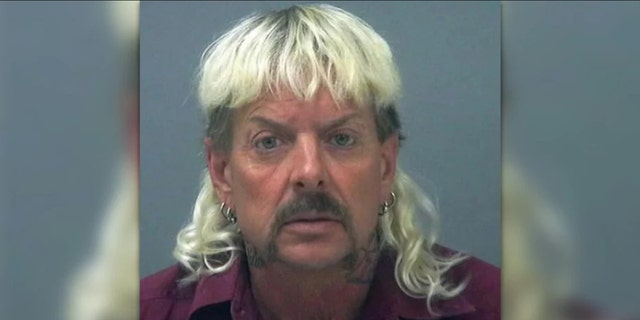 Joseph Maldonado-Passage is currently serving 22 years after being found guilty of participating in a murder-for-hire plot against Carole Baskin.
(Santa Rosa County Jail via AP)

Exotic went on to share that he’s “broke, in prison, with cancer,” all while Baskin “keeps her hand out.”

“Her lawyers just got the same d— judge in my criminal case to fine me another $9800 in an old civil case just to f—ing haunt me and make me suffer. Well when I get out of here, I need her off my back. She doesn’t deserve it. I hate to ask for it,” Exotic’s statement continues.

Exotic also called out his ex-husband, claiming even he “has sold my d— clothes without my permission.”

Ultimately, he’s begging for help from the public in order to help Baskin get her “d— blood money.”

“Everyone, if you enjoyed Tiger King or had some Joe Exotic fun, donate $5. Cardi B, you said you’d start a gofundme. Please help. Let’s pay that f—ing b—- back and get me back. Carole, give it to the animals. Use it to clean up that mess in Tampa, not to pay off politicians.” 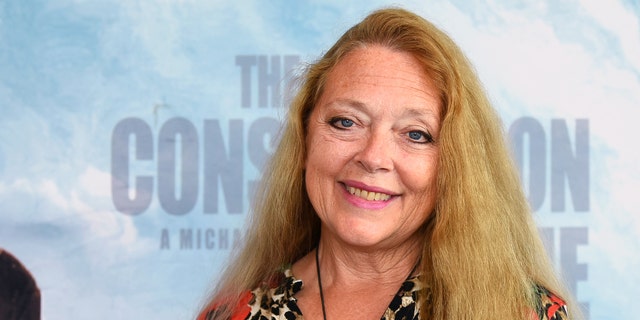 Baskin did not immediately return Fox News’ request for comment.

This week, U.S. District Judge Scott Palk set Exotic’s resentencing hearing for 10 a.m. and granted the defendant’s request to be transported to Oklahoma City for the hearing.

A federal appeals court in July ruled that Joe Exotic, whose real name is Joseph Maldonado-Passage, should get a shorter sentence. The U.S. Court of Appeals for the 10th Circuit in Denver determined the trial court wrongly treated two murder-for-hire convictions separately in calculating his prison term. 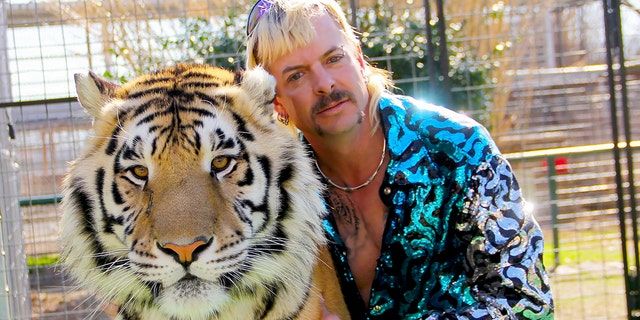